A visit to the pop-up space of  the designer Telfar Clemens on New York City’s Broome Street this past November was to encounter a production team painting a massive black shadow of the Liberian designer’s face against the brand’s staple “TC” logo. As he welcomed me into space, his eyes remained fixed on the back wall while additional production people put together a hanging rack installation, also in the shape of the logo. Like all of the 29-year-old designer’s efforts, the entire operation felt considered from floor to ceiling.

The visit came just one day after Telfar was crowned the 2017 CFDA / Vogue Fashion Fund winner, a $400,000 prize for upcoming designers, and the culmination of a journey that started in 2005, when Telfar launched his first collection. At the time of his label’s inception there wasn’t a platform or dialogue on the unisex ready wear that Telfar has turned into a staple of the brand. It’s this democratic vision of what clothing can be that has guided the designer since his interest in fashion was first piqued.

“I used to be obsessed with girl clothes, the style that ‘90s girls used to have,” he told me as we walked deeper into still undefined space. “Guys and girls wearing crop tops, it was universal. I wanted to get that look.” He paused. “Remember the baby tee that said ‘Bitch’ on it? I couldn’t get it because it was in the girl’s section. I remember being so pissed! So when I started to make clothes, I decided I’d  make clothes that had no assignment to them.”

Telfar’s vision of a label concerned with gender preceded the present-day dialogue surrounding the deconstruction of gender norms in fashion. While this progressive social consciousness is something to be celebrated, the designer can’t help but recall a time when this narrative wasn’t as enthusiastically embraced. Despite showing collections at New York Fashion Week since 2005, it took nearly ten years for Telfar to receive any press.  It appears he holds no ill-will towards this dated status quo, coming across, instead, as amused by it more than anything, while noting that the new dialogue has only expanded the market for his work.

The generation that comprises this newly-conscious market is what Telfar calls the “post-identity generation.” It’s one he says that wants to fly under the radar of marketers. One that refuses to conform to gender binaries. His conception of this genderless youth is, perhaps, more radical than the one being promoted by mainstreams voices. “It’s deeper than ‘Oh, he’s wearing just wearing dress.’ It’s not just based on femininity. It’s not based on a man in a dress. That’s not unisex. That’s just style. Unisex is military, a uniform that everyone is wearing. That’s the place I’m coming from. Utopian vibe. Something a baby can wear, a man, a woman,” he trailed off. 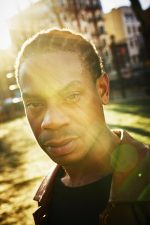 Telfar’s latest collections are a blend of his utopian vision alongside a militaristic drive to disturb the new norms. Each of his designs champions all genders, hues, and creeds, anyone who struts to the mixed beat of being post-identity. During his bid for the CFDA accolade, Clemons intimately presented a collection showcasing a close insight into his world, his friends, and collaborators. It’s an approach that aligns with the brand’s air of personal vulnerability and a sense of openness. It’s the kind of openness fostered by Telfar’s intimate relationships with his team, which at its core, includes creative director Babak Radboy and stylist Avena Gallagher, who first met Telfar in New York’s club scene. Unlike the ego-centric personalities seen in the creative industries, Telfar was persistent in acknowledging Radboy and Gallgaher’s integral roles in the brand’s success. The audience that Telfar has built up to this moment, he says, was a direct result of Gallgaher’s early support—offering to do show castings in her apartment back in the early days. Radboy came on board in 2013. His work with Telfar have come from a perspective of a true believer in the cause, one he was determined to champion after being “disappointed in how little people gave a fuck” about Telfar’s earlier collections. He was determined to pull the humble designer our of his of comfort zone, integrating his ebullient personality into the brand itself. Now, it’s Radboy’s influence one sees, in some part, when Telfar’s visage is embossed onto phone cases or molded onto mannequins.

Each of Telfar designs attempts to fill a void.  “I started doing the line because the clothes I had in my mind didn’t exist. I really wanted to make them exist.” This sparked a teenage Clemens to explore design. Self taught, he developed skill and technique from deconstructing garments. “Taking apart clothes. That’s how I learned the clothes, by just touching them and looking at how they are made,” he said as moved rhythmically around the pop-ups construction. This intimately learned knowledge of clothing can be seen in Telfar’s easy deconstruction and reinterpretation of common styles.

“Considered” is the first word he reaches for to describe his process and designs. His first experiences with Jean Paul Gaultier garments, which he collects, shaped this sensitivity. “All the cuts were exactly what I wanted to look like at 20,” Telfar said, waving a thoughtful hand in the air. “The process for me now, comes from what people are wearing right now and reinterpreting it.  A style of jacket I see sixty people wearing, for instance. All of a sudden I’ll start thinking of that jacket and want to make a ‘Telfar jacket,’” he laughed. “It might completely miss the mark behind the purpose of that original idea, but now, it’s new. It’s really about making things that are truly unique. If something exists or has already been done, that’s usually off our list. What’s the point of making something that’s already there?” 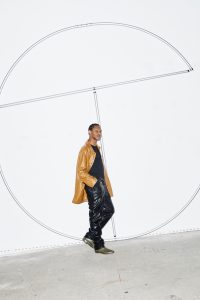 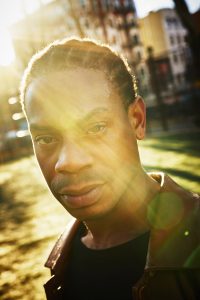 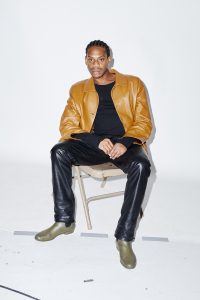