New York-based Russian artist, author, and activist Slava Mogutin documents the radically honest existence of queer lives: across borders and on the fringes of “normalized” society; in the midst of personal and political crises; exploring and enjoying the freedom that is being sexual; and—most importantly—living each day as beacons for a world without prejudice. “Bros & Brosephines,” Mogutin’s newest monograph out today, August 1, 2017, via powerHouse Books, comprises over 15 years of photography, including early snapshots that predate his emigration to the US (the artist was the first Russian to be granted political asylum on the grounds of homophobic persecution), documentary images from his beginnings in New York, fashion editorials, commissioned portraits, and unpublished personal work. Ahead of the release, Document spoke with the artist about the nuisance of moral police, the dangers of following “community guidelines,” and the time he read poetry during a sex party.

Benjamin Gutierrez—”Bros & Brosephines” is divided into 17 chapters, many of which have a semi-mythological title. Is there a storyline or arc to be followed, and do you have a favorite chapter?

Slava Mogutin—The book covers over 15 years of work and it’s organized in a chronological order. It starts with austere black-and-white pictures taken in Russia around the same time as I was shooting “Lost Boys” and ends with psychedelic pictures created in New York and beyond. There’s a certain historical and mythological arc, also references to my poetry, journalism and multimedia work. All those 17 chapters and 240 pictures are sentimental time capsules and I cannot favor one over the other.

Benjamin—How did you go about selecting images for the book? Were there certain photographs you knew you were going to include, or perhaps there were moments throughout your career that you wanted to showcase?

Slava—Every artist needs a good editor. I was fortunate to work with South-African artist Jan Wandrag, who designed and co-edited the book. For me it was important to highlight the collaborative spirit and the range of genres and genders, from my trans-tribute to Helmut Newton with Candis Cayne and Gisele Xtravaganza, to collaborations with artists like Brian Kenny, Bruce LaBruce, Gio Black Peter, Zackary Drucker, Sophia Lamar, and many others. It’s the team spirit and effort that makes this book so special. 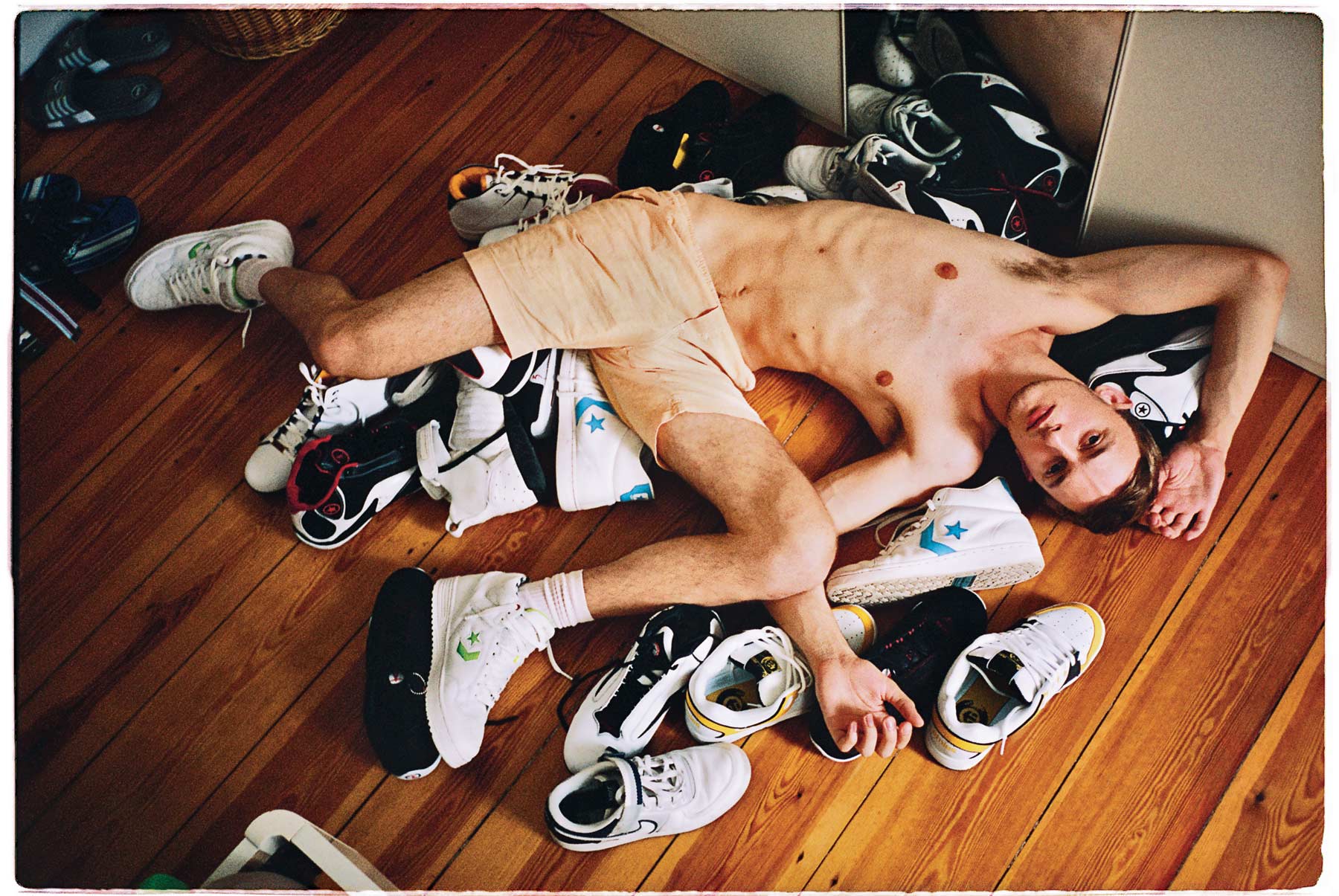 Benjamin—In “Forever Butt,” the anthology to the now defunct “Butt Magazine,” Wolfgang Tillmans writes that there is an inverse relationship between the integration of gay culture in mainstream society and the rise of homosexual panic. Do you think this could potentially be to the advantage of queer communities and queer artists in that it pushes aspects of the underground and avant-garde further underground?

Slava—Mainstream only wants to see a very sterile, homogenized version of gay culture and unfortunately most of modern gay culture is about consumerism and assimilation. Radical and honest documentation of queer sexuality is still considered threatening, offensive, and unsafe, according to the prissy “community guidelines” imposed on us by the moral police. My work is being routinely censored on social media, just like the work of many other queer artists I know, yet there are many openly pornographic (and mostly heterosexual) channels left untouched. Freudian or not, homophobia and censorship always go hand-in-hand, whether it happens in America, Africa, or Russia. I just feel like it gives me even more reasons to stick it to the bigots and hypocrites, double up on queer!

Benjamin—What is an artist’s social responsibility?

Slava—All of us have a social responsibility. Unless you’re a total and utter sheep. Artists have a perfect platform to express their views and challenge the status quo but most career artists never use that platform. In my view, the most interesting and radical art today exists outside of galleries and institutionalized spaces, that’s where you see the true artistic freedom, without the pressure to sell or oblige. I find street art very inspiring, a lot of my work is charged with that energy.

For me, it’s all about queer insubordination and insurgency, now more than ever.

Benjamin—Do you ever feel pressured to stay transgressive?

Slava—I guess it all depends on what end of the game you’re on. What was transgressive 20 years ago doesn’t feel so transgressive anymore. Or maybe it’s the other way around: what was a norm 20 years ago now feels transgressive again because everyone around is so fucking normal and we’re getting so hopelessly gentrified. For me, it’s all about queer insubordination and insurgency, now more than ever. I transgress, therefore I am.

Benjamin—You recently began hosting the not-quite-monthly American Whorer Party in Brooklyn. I’m curious to know how the party has grown since its inception, and if it has a future. It doesn’t feel anything else in New York right now—and it definitely isn’t PG-13—which is quite refreshing.

Slava—American Whorer is probably the last fun party I’ve been to in a long time. It’s one of those free queer spaces that exist against all odds. It’s very open-minded and open-ended, DIY queer punk, Brooklyn style. The first installment was shut down by the fire department—very typical of NY these days—so Gio found a better, even more open-ended venue where anything and anyone goes. Last time I was there, I vaguely remember reading from my new poetry book “Satan Youth” surrounded by fucking bodies fucking. Was it the right place for poetry? Probably not. Was it transgressive? I think it’s just the way it should be.

View Slideshow
Tags
Above the FoldArtBooksPhotographySlava Mogutin
Tweet this quote 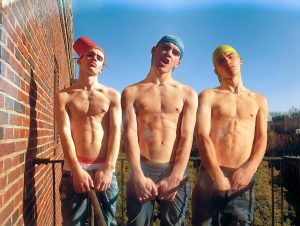 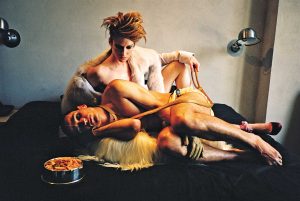 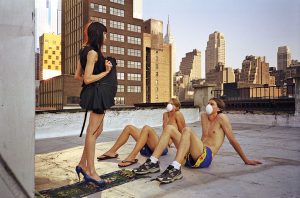 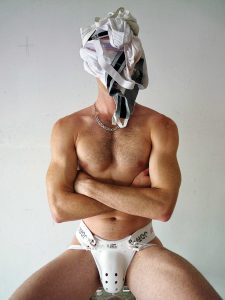 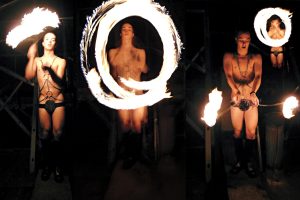 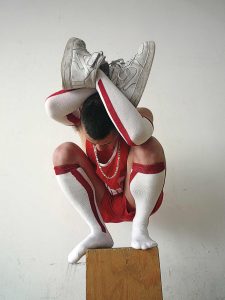