What uniform will our next generation don? Will it be technologically advanced, years ahead in thought, or will it be nostalgic, a look backward to the past? Those are the questions that the designer Alexander Arutyunov seemed to ask in a folkloric futuristic appropriation of time. Sexy, yet reserved, attitude, he argued, is nevertheless timeless.

Succint moments of peace among a sea of black, Aleksander Akhalkatsishvili—one of three designers behind Matérial—used his Autumn/Winter 2017 collection to continue the themes of his past. But rather than the pale colors of the season prior, he breached the nearly all-black line-up with deeper tones—most notable was a trio of olive hue’d leather looks—joined by blithe, sheer fabrics.

“Chic Gypsy” was the slogan put out by Gola Damian, a sense of victorian dandyism weighted down by well worn, downright muddy footwear. Mondrian print and ruffles were the standouts of the collection with the designer’s vision of fluditity and subversive masculinity of the modern man to be worn—and loved—by any and all.

Avoiding the trope of subversive sexuality that is usually associated with leather staples, Tamuna Ingorokva, instead, followed her supreme pieces with loose, expressive knits and re-defined energy.

For Fall, Lalo Dolidze transported us through the tundra, fashioning her widely-adored knits into braids—colorful reminders of tufts and knots of grass. Sweaters and coats were distressed and wind torn, while earthy tones worked with light and sporadic floral adornments.

A case of two contrarian demeanors occured in new-comers Dalood‘s Autumn/Winter 2017 show. The first was supple and effortlessly chic—black and white suiting, almost puritanical in nature. The second was reminiscent of Demna Gvasalia’s Balenciaga: strong, with wide shoulders and rough hems—deconstructed jackets drove these looks. Not forgetting their popular and embellished denim staple, the designers added an evolutionary continuation with cinched coats adorned with sharp, floral designs. 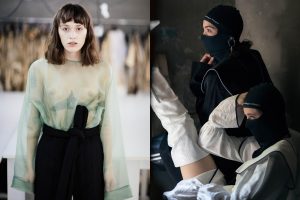 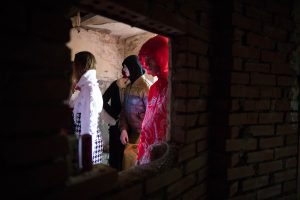 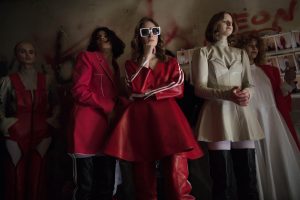 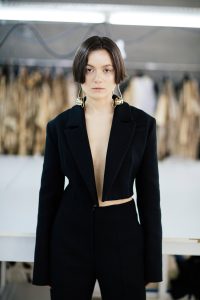 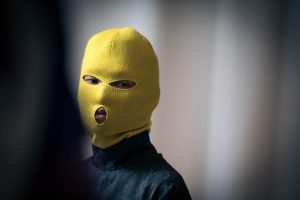 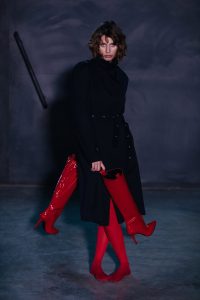 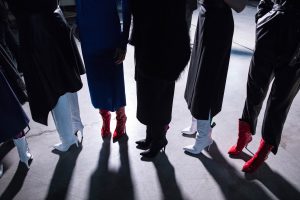 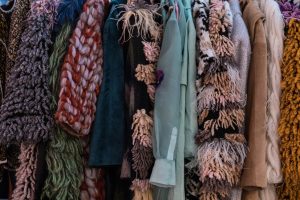 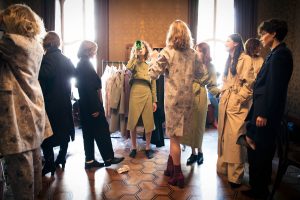