On the event of “Escape Attempts,” the debut show at Shulamit Nazarian’s new Hollywood, Los Angeles location, Document spoke with curator Dr. Kathy Battista and the gallerist herself about post-feminism and the legacy of minimal art.

Thomas Rom—Why did you decide to move the gallery to Hollywood?

Shula Nazarian—I felt that it would constellate us with an exciting network of galleries: Community connections are very important to me and I want our program to be in dialogue with the vibrant local art scene. On a more practical level, we also simply needed a larger space to build a more ambitious program.

Thomas—What were your ambitions for the first show?

Shula—When I met Kathy two years ago, I was immediately drawn to her unique curatorial perspective. I knew from the beginning that I wanted to support female artists. When I became aware of Kathy’s depth into this subject, as well as her upcoming book, “New York New Wave: The Legacy of Feminist Art in Emerging Practice,” our discussions grew more serious; she proposed an exhibition based on a chapter from her book that I believed had the potential to set the appropriate tone for our inaugural exhibition. As our program has grown, our roster has become more international and her curatorial proposal matched the global approach I was looking for. We wanted the first exhibition to parallel the gallery’s overall vision, and Kathy’s show just felt right.

Thomas—How did the dialogue grow between the two of you?

Kathy Battista—It was a dialogue that developed over time. We started discussing a possible collaboration in 2014, and it took some months before the idea crystallized. I curated the “E.A.T.: Experiments in Art &Technology Retrospective” at the Museum der Moderne in Salzburg, Austria in 2015 and once I past that my schedule eased up. The discussions grew more serious and specific.

Shula—Yes, I was excited to discover how passionate Kathy was to incorporate emerging artists into the overall concept of the show. She has a special ability to draw comparisons between artists from different generations. On paper, these artists seemed to operate in such different contexts. However, when the work is installed side-by-side, their relationship to Minimalism, the monochrome and the grid for example, is quite striking in its similarity.

Thomas—Kathy, “Escape Attempts” is such an enigmatic title for an inaugural exhibition, and an all-female show. Can you give us some insight?

Kathy Battista—The title is based on an essay written by Lucy Lippard in 1972 about artists of her milieu that were changing art practice. She coined the term “dematerialization” and described at length the work of artists reacting to those who came before them, the color field painters and Abstract Expressionists, and also to the political environment of the late 1960s—antiwar movements, gender issues, and civil rights. “Escape Attempts” for her meant artists [today] not only trying to escape the weight of tradition and the mythology of the artists from the postwar generation, but also to escaping these social problems through art. The artists in our show have a different relationship to the art that came before them. Where Minimal and conceptual artists wanted to reject figuration and content, the artists in our show look to Minimalists and embrace their formal vocabulary and then insert their own voices. There is also an expectation for feminist artists to rely on “identity-slash-body art.” I feel this group of women is escaping that stereotype and exploring feminism with great subtlety.

Thomas—Who are the Minimal artists that the “Escape Attempts” artists are looking back at?

Kathy Battista—Donald Judd, Sol LeWitt, Dan Flavin, Dan Graham (not a Minimalist, but often associated with that group) Eva Hesse, and Agnes Martin to name a few. The utopian notation of the grid and the cube as pure, platonic forms are both embraced and challenged by our artists. They use the grid for its utopian qualities, but they also subvert it. Alex Mcquilkin, with her painting, and Susan Hefuna, with her bronzes and drawings, rely on the concept of the grid, but complicate it with hand made methods of physical creation.

Thomas—In the official statement you don’t mention that it is all female artists, you only name the artists names. Is it important that the exhibition is all women artists?

Shula—While the work speaks louder than the gender, Kathy mentioned during the artist walkthrough of the exhibition that some have said we live in a post-feminist world where, theoretically, we are all treated the same. Obviously this is not the case. However, they don’t need to necessarily be voices of protest.  The artists here are utilizing the female voice rather than purely reacting to a male dominant one. Interestingly, they are paying homage and destabilizing their male forebears simultaneously, from new and fresh points of view.

Kathy Battista—References to feminine subjectivity are palpable, from the wallpaper imagery and the general palette of the exhibition, to the handmade quality of many of the objects. The slippage of the hand, the imperfections found for example in McQuilkin’s and Hefuna’s works are quite important. I think it’s self-evident that they are all female identifying artists, but the artworks are powerful regardless of anything else!

Shula—I agree. We choose artists that create strong work. It will always be about strong work, regardless of gender. If it were seven male artists would you say all-male show? Of course not! That would just be another exhibition. I also think this show is interesting because it’s not so overt. These artists address objectification with a more nuanced lens. You have to ask questions to figure out what you’re looking at.

We are again at a crucial moment for feminism. What has changed drastically, however, is the way in which the younger generation understands the need for feminism to be both global and intersectional.

Thomas—Kathy, can you touch a bit more on post-feminism?

Kathy Battista—With this new administration, it is shocking how vital feminism remains, how ill-informed post-feminism is as a concept. We are again at a crucial moment for feminism. What has changed drastically, however, is the way in which the younger generation understands the need for feminism to be both global and intersectional. This is less about labels and much more about fluidity, which certainly was not the case with the more divisive second-wave feminism of the 1970s.

Thomas—When one thinks of feminism traditionally, one may think of women burning bras. Here we find the artists owning these labels and what could sometimes be considered as objects of oppression. Cindy Hinant, for example, is looking at women capitalizing on the commodification of the female body. Do you see this as a rejection of earlier forms of feminism?

Kathy Battista—I don’t see this as a rejection of earlier forms of feminism. There is a phrase—“the personal is political”—coined during the second wave of populist feminism that is relevant with all of these artists. For example: Carmen Argote’s “Folding Structures”, Virginia Overton’s source materials from her family’s farm, Alex McQuilkin’s wallpaper subject, and Susan Hefuna’s screen. They are all expressing feminism in different ways, but they are still interested in second-wave feminist agendas. What differs is that they are also engaging with the male voices before them. In the 1970s, I don’t think any self-respecting feminist would have said I’m admiring male artists; instead they needed to create their own aesthetic to create a new and vital political voice.

Shula—By acknowledging the domination of these men in the field, in a way the artists are making it their own. In martial arts, there is this concept of using your opponent’s power to strike back—the same could be said here. The artists in the exhibition use the language of Minimalism, then they strike back.

Thomas—Speaking of the physical and the sensual, Naama Tsabar’s work involves performances in the gallery. Can you tell us more about this?

Kathy Battista—Naama’s “Works on Felt,” struck me initially because it bears similarities to Robert Morris’ anti-forms of the 1970s. However, Naama’s work is meant to be touched and rubbed against. This is what differs from her predecessors, and this is what makes it exciting as well. Instead of being sexually charged conspicuously, like much of the performance art of earlier feminist movements, hers is a much more subtle experience for the viewer. It’s also paramount to her practice that the performance is not only anchored around her, she comes with collaborators whom she credits. She also invites the audience to collaborate and experience the work as well. This invitation to touch the work is in itself an anathema to the sterility-slash-purity of the traditional Minimalism of say Donald Judd. Naama’s work is powerful because it manages to tow the line between being warm and inviting but also fairly masculine and aggressive.

Thomas—Lastly, what is coming up for the gallery?

Shula—Our next show is a solo exhibition by Genevieve Gaignard. The artist looks into the intersection of race, gender, and class, often utilizing the language of kitsch and drag. Her last exhibition at the California African American Museum, “Smell the Roses,” was both personal and highly political. It looked at death and tragedy on a personal as well as national scale. This upcoming show at our new space will further emphasize gender and the way identity is accessorized and asserted through fashion.There are many surprises in the pipeline and I can’t wait for the gallery to share those with our audience. We also look forward to showing new artists, both LA-based and international. 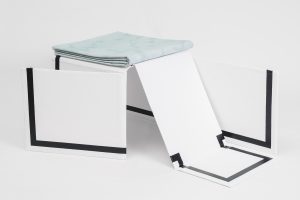 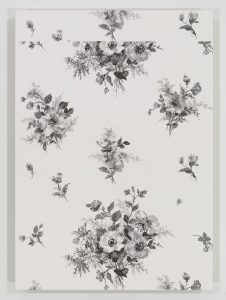 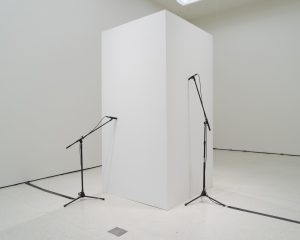 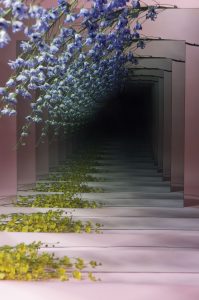 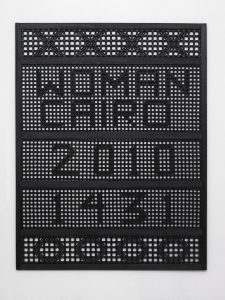 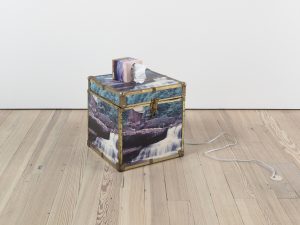 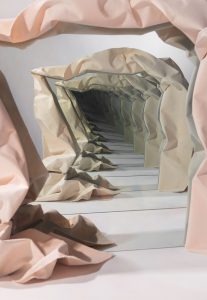