Many consider California to be a progressive asylum of sorts, but a new exhibition at Marianne Boesky Gallery, “Golden State,” reviews its utopian legacy through documentary and staged photography from the last four decades. Curated by Document‘s arts editor Drew Sawyer, the group show is comprised of seven West Coast artists that look at the state’s diverse urban and suburban experiences—some controversial, others moments of peace—that have largely defined the quote unquote American Dream to comment on social, economic, and political issues, many of which still resonate powerfully today.

Drew Sawyer—Mary Mitsch from Marianne Boesky approached me about organizing an exhibition of photographs the day after the presidential election last November, so I’m sure the show’s theme is partially a result of my feelings at that moment. In fact, in the wake of Trump’s win, people in California were calling for “Calexit,” so the state seemed particularly indicative of the [overall] political climate. While California may seem like a liberal or progressive utopia on the surface, it’s also a state of economic extremes: It has one of the world’s largest economies but also the highest rates of poverty and homelessness. This was kind of the jumping off point.

Dorothea Lange’s photographs of the internment of Japanese and Japanese Americans in 1942 also served as an inspiration, as this spring marks the 75th anniversary of her work. At the time, the federal government had commissioned Lange to document propagandistic images that would show how the camps were “humane.” However, she also decided to photograph many individuals and families at their homes or businesses before the roundups. These images, and her detailed captions, are what ultimately caused the government to impound the photos; they showed not only how “American” these individuals were, but also just what they were leaving behind or losing—beautiful middle-class homes, college educations, and small businesses.

“Golden State” was timed to open during the AIPAD Photography Show at the end of March, so it came together in just a few months, but it was a fun change of pace since I’m used to working on museum shows that take years to plan!

Joshua—As you mentioned, we typically think of California as a site of social reform. How is this reflected in the works shown?

Drew—That is true to some extent, and the photographs by Lange certainly speak to this, but California has also fostered many modern conservative movements. One only needs to go back 10 years ago to Proposition 8, when voters approved a measure to ban same-sex marriage in the state. Ronald Reagan, of course, is especially relevant right now, as are the reactions against the federal government’s New Deal in the 1930s. I selected works by artists who are often critical of larger economic and social structures in different ways. Anthony Hernandez has been working in Los Angeles since the 1960s, and his photographs often focus aspects of the city that often go unnoticed, such as his series of people waiting at bus stops from around 1980. At the other end of the spectrum, Buck Ellison—the youngest artist in the show—makes meticulously staged photographs of very mundane scenes drawn from the everyday life of what some might call liberal, white elites. Someone like Lange was calling for labor reforms in the 1930s and 1940s, whereas the people in Ellison’s photographs were fighting for organic vegetable gardens in schools. This is obviously a very different idea of progressivism or liberalism, but one that perhaps emerged in the countercultural movements in California during the 1960s and has now been fully commercialized into lifestyle ideals.

Joshua—How did you decide which of these dark moments in history to give presence to?

Drew—I really chose to focus on the economic contradictions of the state, and I tried to select photographs that provided different perspectives on this, from images of the excesses of Rodeo Drive in the 1980s to day laborers in Marin County at the height of the housing bubble in the mid-aughts. Since I used Lange’s photographs as a starting point, images of immigrants also became important. In many ways, all the photographs in the show are meditations on the American Dream.

Joshua—I noticed that glamour of Hollywood and the film industry is noticeably absent in the images.

Drew—I was really interested in artists who have attempted to picture the everyday realities in the state, especially those individuals or groups who are often not represented. We get images of the film industry all the time—who didn’t love to watch all those amazing actresses in “Big Little Lies”? I was interested in artists who have tried to challenge our picture of California and even America more generally. I think Hernandez’s work, for example, does a really good job of representing the Southland in a different light—we get bus stops and homeless shelters instead of mansions, cars, and highways. Christina Fernandez’s haunting photographs of laundromats in East LA are another good example.

Joshua—Larry Sultan, who is featured in “Golden State,” also has an exhibition at the San Francisco Museum of Modern Art later this spring. Where do you think today’s nostalgia for suburbia comes from? How has the image of that setting transformed over time?

Drew—In California, even more so than in other parts of the country, it is becoming more and more difficult to afford a middle-class, suburban life. In [John] Divola’s photographs of the San Fernando Valley from the early 1970s, the suburbs certainly seem picturesque and a bit quaint, but the images are imbued with a sense of suffocating conformity and loneliness, too. Catherine Opie’s photograph from her “Domestic” series (1995), shows lesbian couples that complicate our picture of the American home or suburbia, while Ellison’s photograph of a gay couple making pasta is in some way a rejoinder to this, picturing the ways in which once countercultural lifestyles have become normalized over the years. One of my favorite series by Sultan is “Homeland” from 2006-2009. The photographs show day laborers acting out pastoral scenes in the suburban landscapes of Marin County, a wealthy neighborhood of San Francisco. His actors gather water from a creek behind a housing development or carry containers, like three wise men through a field. We get the sense that these individuals both serve and aspire to be part of those communities in the background. In 2017, these images of course take on new meanings in the wake of Trump’s immigration policies.

Joshua—In a joining essay you allude to California’s call for independence. What modern takeaways or connections do you hope visitors have after experiencing the exhibition?

Drew—Above all else, I’m just glad that visitors will get to see works by several artists who have rarely, or at least not recently, exhibited in New York. You mentioned the Sultan retrospective at SFMoMA. Hernandez also had a major survey show at the same museum last year. Both are extremely important and influential artists, yet neither of these exhibitions are traveling to museums on the east coast. Also, neither of these artists are represented by galleries in New York, and the same is true of Ellison and Fernandez. It’s truly a rare opportunity to see these works, especially at a gallery in Chelsea. 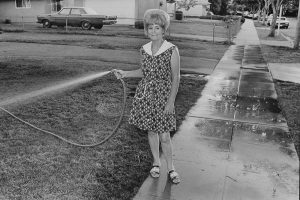 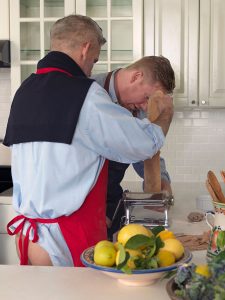 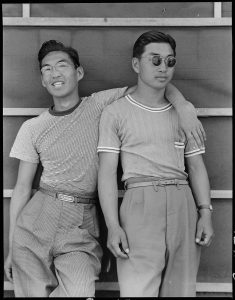 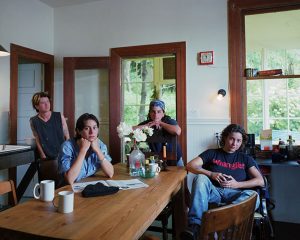 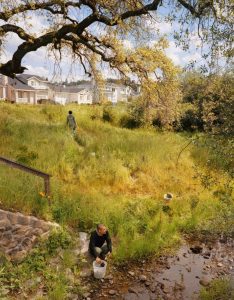