Document highlights Paris’ week of sartorial disruption backstage with photographer Julien Boudet in the slideshow above.

While others looked to youth for reinvigoration, Demna Gvasalia took Balenciaga older, turning his gaze to the family man. Ever the reinventor of the seemingly banal, the designer proportioned his shirts and his jackets to the ungainly, the uncouth. Short sleeve polos, with their sleeves past the elbow, and blazers and Hawaiian-print shirts near formless, challenged rigid traditions of the male silhouette. Logomania, never to be forgotten, showed itself as an homage to the power of the E.U. as “Europa” appeared throughout, alongside the resolute platitude—“the power of dreams.”

An ode to the city. Donning métro tickets and Parisian landmarks, the multi-faceted Études Studio—helmed by Jérémie Égry and Aurélien Arbet—created a straightforward but fresh Spring/Summer 2018 collection that weaved its way from turquoise and white striped looks—a direct reference to the train—to denim overalls and goldenrod yellow workwear. What more can be said of this love-drenched sonnet? “Paris! Ville de nos rêves.” (Paris! City of our dreams.)

“An unconventional harmony created by dissonance” was the idea driving the Spring/Summer 2018 collection by Facetasm. This dissonance was shown through an array of clashing ideas and cultures: cumbersome overalls paired with a floor length tuxedo, a beautiful sky blue leather rain jacket worn with torn denim shorts, and workwear-esque outerwear held billowing capes. The collection was a visual cacophony of textures and styles, each clashing and working their way to push toward the front.

Focused on truth and on protest, OAMC designer Luke Meier found inspiration in beatnik legend Allen Ginsberg, using his seminal work “Howl and Other Poems” throughout the collection. Rigid, boxy jackets—traditional in form—were marked with “Veritas,” and sat atop sharp, near military lines of the crisp tailored pants and black leather boots that propped up many of the looks. A pristine trenchcoat appeared, “People for Peace” on one arm, the other wrist blackened out. 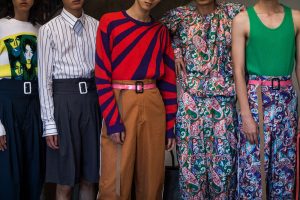 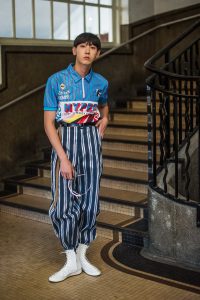 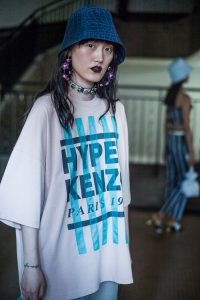 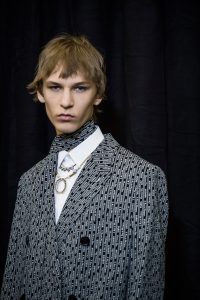 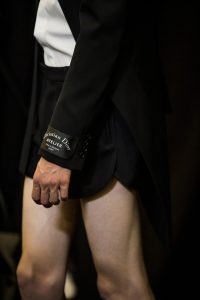 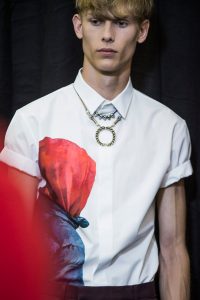 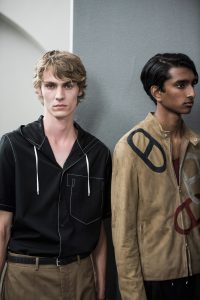 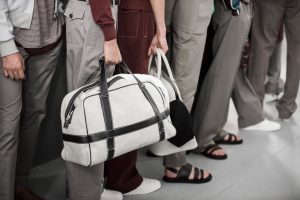 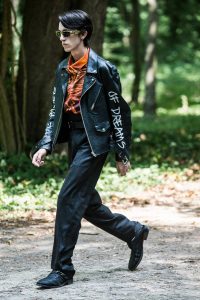 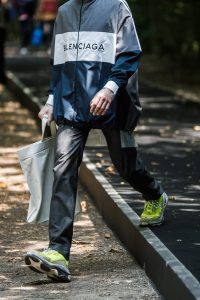 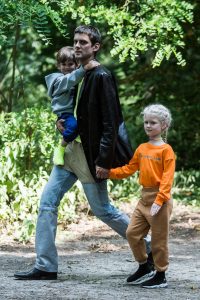 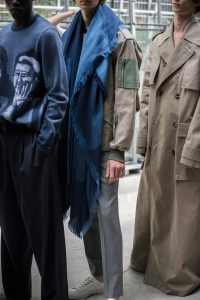 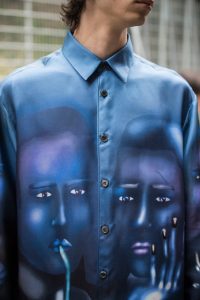 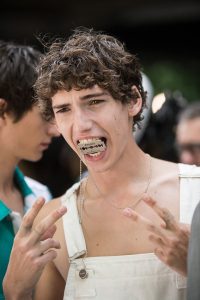 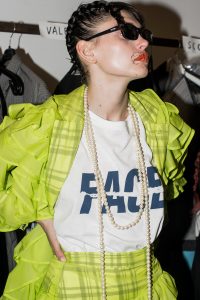 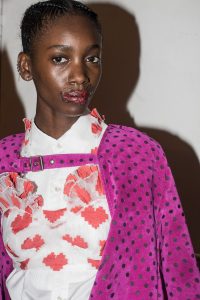 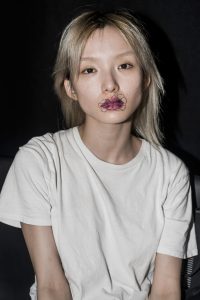 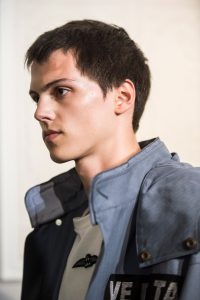 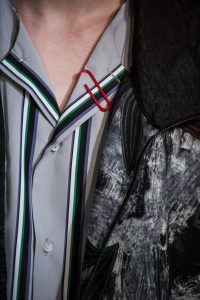