The graphic artist discusses his relationships with Yohji Yamamoto and Adidas and why it’s time to ask the hard questions about the fashion industry.

Meaningless Excitement, the title of Y-3’s Spring 2014 collection, originated as a phrase printed in a newspaper review of the film Django Unchained. “The writer referred to Quentin Tarantino’s genre of ‘meaningless excitement,’ and upon reading that, I thought, ‘That’s very now,’” explains Peter Saville, who collaborated with designer Yohji Yamamoto and Adidas on the garments. “All year, when I’ve been confronted with something I couldn’t understand, I’d respond, ‘Oh, meaningless excitement,’ because there’s nothing to understand. I come from a time when there was a logic to things, an analog history, and that’s shattered now; you can reach out and grab tons of unconnected elements. It’s fascinating, but it’s weird.”

Working with Y-3’s idea of dysfunctional Americana, Saville gathered evidence of, as he calls it, “the dystopian now,” from degraded video (“when the picture nearly comes through, but breaks down into an amazing color-field of pixels”) to words plucked from sources as diverse as pornography and the Financial Times. “I submitted one hundred expressions, images, tones, colors, and textures, and [Y-3] started to develop fabrics, make patterns, print creatively,” he says, scanning the Adidas showroom in September. “There’s an incredible image of water condensation that’s doubled up and repeated so it looks like an odd snakeskin.” Saville saw the progress in Paris several months prior; however, for him, it came together just ahead of the runway show. He recalls, “I walked down this long line of models and it looked great—with these things, you can easily lose confidence and wonder whether it’ll make an impact. It was a collision of Adidas sportswear and Yohji’s volume and asymmetric cuts. It was everything at once, it was a disco ball of everything.” Most importantly, Saville’s overarching message of “meaningless excitement,” which could have been received as a swipe at the fashion world, was interpreted positively. 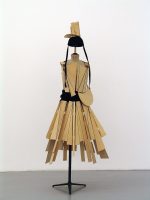 It reminds Saville of his and Yamamoto’s first joint effort, the Game Over collection for Fall/ Winter 1991. Saville had contributed to the Yohji Yamamoto Company’s messaging before then: in the eighties, he, art director Marc Ascoli, and photographer Nick Knight produced five seasons worth of women’s and menswear catalogs for the label. “Marc and Nick gave me a lot of space to operate,” Saville notes. “They let me edit and sequence the pictures, and think about the typography. In Tokyo, Yohji’s people appreciated it—they were very happy that somebody was presenting artwork to the printer. I would specify the kind of paper and ask if it could be thread-sewn instead of stapled. The catalog was a significant piece of interface.” Yamamoto and Ascoli eventually parted ways and the designer approached Saville directly to devise a campaign for his ’91 “non-collection,” constructed from wood and tin foil.

Saville recalls, “I was told, ‘Yohji would like you to do a series of communications without models, without clothes. Just look at the collection and make an abstract response to his work.’” The men’s collection proved easier to interpret. “In ’90, I was into photo libraries, so I paired statements with images of cars and swimming pools, as you might have had in a regular ad. But these indicated the ‘wrong’ things, like ‘A Guide to Never-Never Land,’ and ‘This Was Tomorrow,’ to relay the sentiment of, ‘Something’s gone awry, hasn’t it?’ And Yohji liked it.” By contrast, Saville tried multiple responses to the womenswear collection before sending Yamamoto the inspiration they eventually used—photographs of Fasching, an ancient northern European carnival. “Yohji doesn’t want to give you a brief. He does his bit and he’s gone, which, of course, is brilliant, yet is also an enormous responsibility,” Saville says. “Yohji can’t say he doesn’t like what you’ve sent him because he approaches you as an artist. He’s done his work and you’re an artist he likes, and you’ve done your work, and it’s not incorrect—but if he doesn’t feel it, doesn’t connect with it, he won’t use it.”

Like Meaningless Excitement, Game Over arrived during what Saville and Yamamoto identified as a dystopian moment: “It was a questioning of what was happening.” Certain magazines refused to run the advertisements because they didn’t depict the products. “Today, a fashion ad that doesn’t show the clothes is perhaps not normal, but it’s not radical. In ’91, it was a tad progressive, a tad abstract,” Saville points out.

“Yohji doesn’t want to give you a brief. He does his bit and he’s gone, which, of course, is brilliant, yet is also an enormous responsibility.”

Adidas, the parent company of Y-3, has permitted Saville a great deal of freedom. In ’05, the sports apparel manufacturer invited him to participate in the reissue of “Adicolor,” an all-white training shoe sold with tools for customization. Saville found himself interested in the brief, exclusively. “It laid out every behind-the-scenes aspect and was the real story behind these kinds of collaborations, and I said, ‘If you make me a plain white shoe, with no stripes on it, and package it with the text of the brief, I can do it.’” Adidas suggested printing words on the laces and adding gemstones, and fabricated 5,000 pairs that were each wrapped in a copy of the text of the brief. It marked the beginning of a brave relationship between Saville and Adidas: “I learned that if they came to me and said, ‘What would you like to do,’ there was a very real chance that they’d follow through.”

Yamamoto’s “Game Over” campaign by Saville for Fall/Winter ’91.

Still, Saville is best known not for his Adidas sneakers or Yamamoto campaigns, but his Joy Division and New Order record sleeves. “Those New Order covers in particular were like exhibitions I could curate two or three times a year,” he remarks. “It was never me claiming to have created it all myself; I sourced the components. And none of my record covers had anything to do with the music. New Order and Factory [Records] in general allowed me to share personal visual inspiration, how I would like things to be. For instance, ‘I would’ve liked a bus ticket to be like this; I would’ve liked a restaurant menu to be like that.’ I wanted everyday ephemera to be… better! I felt everything could stand to be more interesting. Fine art, and specifically contemporary fine art, wasn’t evident in British culture.” Through “Blue Monday” and Power, Corruption & Lies, Saville introduced Postmodernism to post-punk youth. “The single common experience before young people decide to become doctors or belly dancers or bus drivers is pop culture,” he says. “Neither your family nor your school nor your state tell you about it. And pop is very broad now, but in the eighties it was very narrow. A record sleeve would offer you things that nobody told you about.” 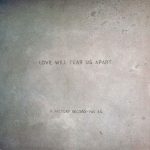 Consequently, he doesn’t consider himself a traditional graphic designer. “What I’m most known for are my messages, and graphic designers are not often the authors of the message,” he says. At 18 years old, when he entered Manchester Polytechnic, he didn’t even know what graphic design really was. “I was interested in 2D fashion, an entirely different idea. It’s not art in the canonical understanding of art. It’s visual entertainment,” he says. Simultaneously, fashion also played a role in Saville’s consciousness. “During the seventies and into the eighties, clothing was empowering,” he reminisces. “You were able to use it to be who you wanted to be and go where you wanted to go. Then you get to the nineties and you have a younger generation for whom it’s all already there, it’s taken for granted. Then, in the past ten years, a dangerous situation develops because of global control in the fashion industry in which, suddenly, it’s not there for you; you’re there for it.” He compares the disparity to drugs. “LSD, like fashion used to be, is mind-expanding, and lets an individual process the world in a different way. Crack pulls you out of the world and will kill you. It just wants your money. I sense, in my slightly old-person way, this kind of thing is happening.”

He couldn’t sit by for Spring 2014 without a reality check: “Seeing Meaningless Excitement should make you think, ‘Do I really need to do this?’” Saville insists. He says he would be satisfied if the response to his collection is, “Fine, I don’t need it,” or, “That’s cool, I’ll make a statement.” It’s part of an ongoing dialogue with Yamamoto and a tradition of Adidas lending him a platform. “So, I’ve said what I wanted to.” For now. 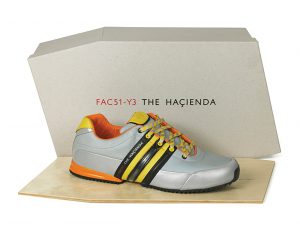 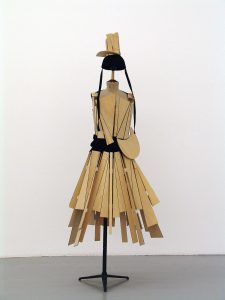 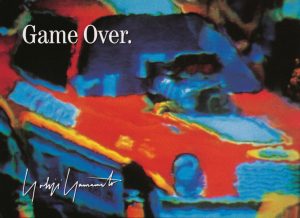 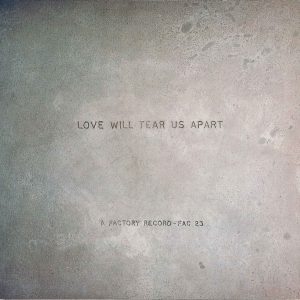 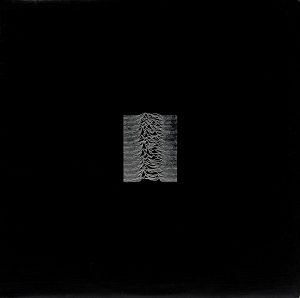