Document visits the British capital, where designers break from normality with creative performance.

With a color infused backdrop of London’s Stronghold Climbing Center, Martine Rose sent out an emphatically “uncool” collection. Once again focusing on recreating and rediscovering the banal—this time through an emphasis on climbing gear and bicycling spandex—the cult designer delivered the categorically 80’s and 90’s staples of “dad-style”—think oversized windbreakers, ungainly fleece, cargo shorts that stretch for miles, and Rose’s signature wide-shouldered suits. Logo mania was in fine form as well, sure to have been brought over from her consulting work at Balenciaga and the like.

Balancing both destruction and hope, Trump and Corbyn, Vivienne Westwood’s Spring/Summer 2018 show was unsurprisingly filled with fiery messages: “motherfucker”—a reference to humanity’s disregard for the Earth—was emblazoned on shirts—motifs of corrupt monolithic corporations were scribbled on both clothing and skin, fishnets were stuffed with refuse, and shoes were made of crushed plastic water bottles. Classic tailoring—pinstriped trousers, tartan, and playing card imagery, all Westwood staples—clad the models and dancers, as they threw themselves down the runway, contorting their bodies. The designer herself appeared at the end, perched atop one of the performers with her arms held out in triumph.

Ben Cottrell and Matthew Dainty have decidedly trained their eyes for the desert. Replete with RV’s, gecko motifs, and corkshell fabric—simulating both cork and the vehicles’ interiors—Cottweiler transported us through an escapists sojourn. A follow up release to their recently-debuted Reebok collaboration—premiering last season at Pitti Uomo—the collection was paired with two trainers: the first, an evolved reissue, and the second an entirely new composite shoe that combines the mountain focused Lycra gaiter, and a rugged safety overshoe.

An altar for an idealized masculinity. Craig Green brought back his face-sheilding sculptures—made of wood and draped with colorful jersey and braided rope—to lead his Spring 2018 collection of a not-quite-copacetic utopia. Corrugated and colorful tribal hoods shrouded the mystified models. Further driving the point, ponchos with stunning depictions of paradise were sent—they are there, they are beautiful, but they are not fully real. A fantasy. 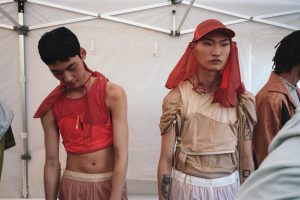 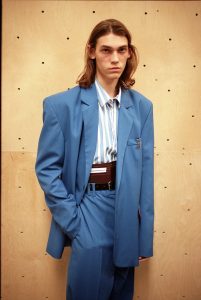 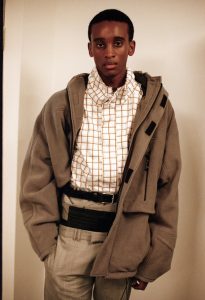 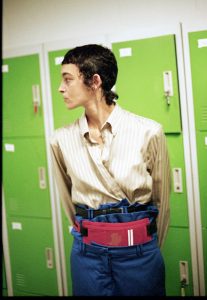 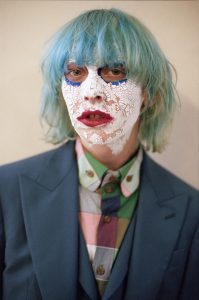 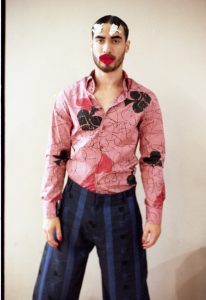 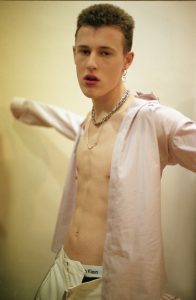 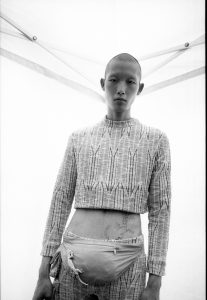 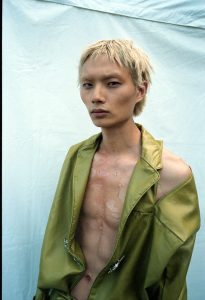 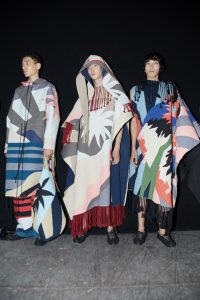 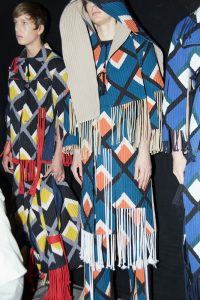 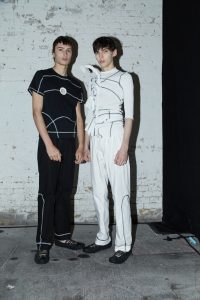