Flashy yet porous, a series of selected works from provocateur Andres Serrano‘s three-decade oeuvre opens Jack Shainman Gallery’s The School‘s first show of the season. Beginning with the artist’s most talked about photos—the golden-colored reclamation of the holy with distaste—to the colorful portraiture of more convention, the exhibition highlight’s Serrano’s ability to speak to topical events of today with a hued rhetoric that considers all realms—racial, spiritual, sexual, and political—discourse. The show, curated by Shainman himself, includes images of frozen torment and a fishbowl-ed Donald Trump beside a surreal portrait of a smiling black man dressed in Klu Klux Klan garb, “White Man’s Burden.” Often a cause of discussion, his work reaffirms that it is the responsibility of the artist to express the world that he is in as he sees it. “Even though I have this reputation of being a controversial artist, I never felt to be or to make work that was controversial or provocative,” Serrano offers. “I never felt the need to give audiences what they want. In fact, I like the opposite: to give them what they don’t expect.” The retrospective teases a forthcoming new series, “Torture,” held at the gallery’s sister location in Chelsea, Manhattan later this fall. 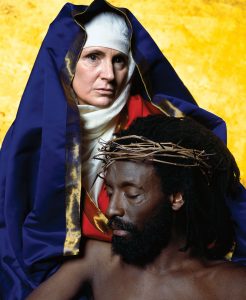 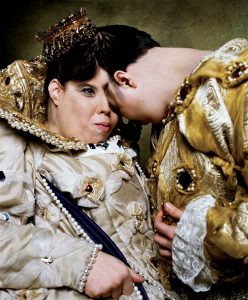 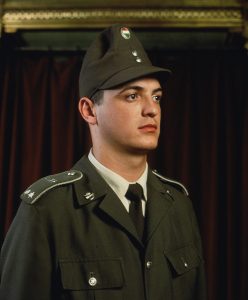 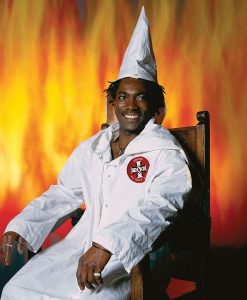 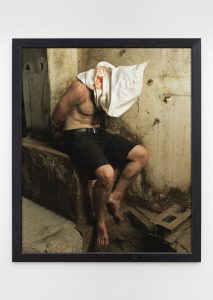 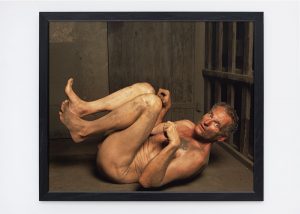 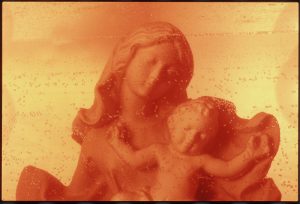