Carmelo Larose is an English professor at New York University.

Photographer Moises Saman was in Haiti in the days after the earthquakes that devastated the island nation. Document spoke with him about the role of the documentary photographer in times of crisis.

January 12, 2015 marked the five year anniversary of the earthquake in Haiti, which left more than a million people home less and more than 100,000 dead. Five years later Haitians around the world, the Vatican, social service and media organizations everywhere remember this powerful moment. The devastating event, one of the worst natural disasters of recent times, generated an unprecedented moment of international concern.

During this time, photography and media were essential in encouraging immediate support and long term commitment to securing the well being of those who were displaced. Photojournalists from around the world traveled to Haiti to document the deaths and the injuries, and the extent to which the capital city was reduced to ruins. Photographers played a huge role in informing the world of the extent of human suffering taking place in Haiti.

Document, thus, also commemorates the cosmopolitan effort that took place in response to the earthquake of 2010 by considering the social role of the photographer in this and other scenarios. Certainly the work of photographers served to underscore the urgency of what was being reported in the news and emphasized getting across reality as fact, no matter how grim.

But this need to be objective, to present reality brings up many ethical questions in a time when images are routinely doctored and environments are often manipulated for increased visual effect. What role do objectivity and subjectivity play in photography, then, when social responsibility and reaching the masses is of primary importance? And does a documentary emphasis contradict artistic experimentation in photography, or might they go hand in hand? As these conversations will show, documenting means many things.

Moises Saman had been taking pictures in the Middle East, in war torn countries such as Iraq and Afghanistan, but also found himself drawn to Haiti. Saman had been working in Haiti on and off for several years before the earthquake. He’d been there often since the late 90s, even during the tumultuous coup of the mid 90s. He fondly remembers traveling to Port-au-Prince with Wyclef Jean during a carnival celebration, and witnessing the vibrancy of the community. That joy and sociability finds its way into his work. Elegiac, Saman’s photos are not just about death and destruction. But his photos capture the dismal as well as the human. They contain signs of beauty, liveliness, community, and ceremony amidst the tumult.

In one stunning photo, a male and female couple are walking hand in hand through a landscape full of destruction. The shot is taken at an angle that suggests the world has been turned on its head, that disorientation has occurred, and that an important balance has been lost. The scene is so empty of other humans that they appear as an Adam and Eve, cast out of Eden, though, in fact, they may be some of the only survivors around. Fires smolder behind fallen doors and in the rubble around them. Fire and smoke indicate that their world is still in the process of being destroyed, the dark shades of the environment almost bloodlike. 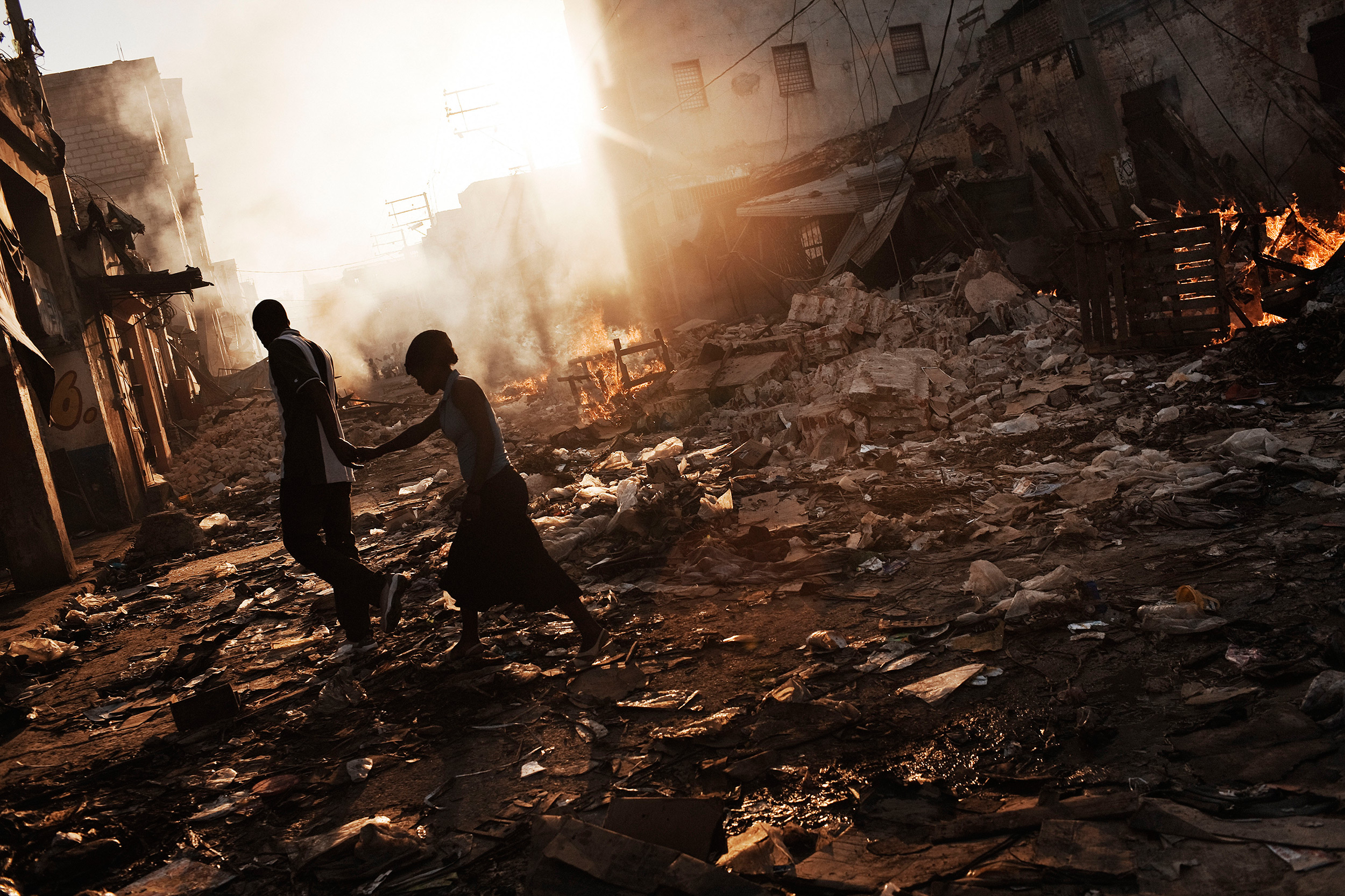 A couple walks hand in hand through a devastated area in downtown Port-au-Prince, one of the hardest hit areas by the January 12th earthquake, January 18, 2010.

Still, they move confidently, in their search for a resting place. The sun’s brightness still comes across, almost as a promise of regeneration to the couple walking through the destroyed land scape. The heroic figures walk, holding each other, moving yet resigned and resilient despite the fact that the man made world has succumbed to the power of the devastating earthquake. Sun, fire, and human survivors create a kind of sublime testament to the power of the natural world.

In another photo, there are more people, almost all men, attempting to rescue others from collapsed buildings, as well as salvage any important material items that might help them survive the uncertain days, weeks and months to come. The buildings appear massive in relation to the individuals moving about them.

They dominate when it comes to size but the color on the human bodies stands out in stark contrast to the grey of the rubble. The color highlights the importance of human activity, and despite their vulnerability, they appear anything but insect like, as they walk and climb through what has been destroyed. Pulling bodies and valuables from small, cramped spaces, their work comes across as energetic and vivid. The diversity of color saves the photo from mere austerity.

In a final shot, the human gaze takes center stage. The photo of the kneeling figures features a line of men, who themselves may have recently emerged from the rubble, exhibiting different facial expressions. They appear similar to a bundle of objects, tied together and immobile but they are distinctly human in expression. They are traumatized, frustrated, dazed, but also thoughtful, contemplative, and questioning of their sudden circumstance.

Carmelo Larose—You take photos in conflict regions, but Haiti suffered a natural disaster. Is there a difference between taking photos in a conflict area and a disaster area?

Moises Saman—They’re not quite the same. The most basic, obvious reason is that in a disaster area there’s not really anyone trying to kill you. The danger factor is somewhat lower. That would be the main difference. In terms of emotionality and the kind of dramatic, difficult situation the people can experience, sometimes it can be even more dramatic and emotional. Obviously you’re dealing with the same topics: death, destruction, it’s not man made. I saw some extremely disturbing scenes and dramatic situations, in Haiti in the aftermath of the earthquake, like in Iraq or Afghanistan.

Carmelo—What makes taking a shot so difficult under these types of circumstances?

Moises—I think what makes comprehend why something like this happens and how some thing so random and so senseless can destroy the life of a family or a child. I think when you’re working in a war zone, the violence is somewhat easy to blame one side or another. There’s a reason behind it. It’s senseless, but it’s violence with a goal. In an earthquake, or Katrina, or a tsunami, who do you blame? That’s what makes it a little strange and difficult to understand as a photographer. And for me it’s important to try to understand what I’m doing.

Carmelo—Do the photos clearly relate to the rest of your work, then? How do they fit into the larger body of your work?

Moises—I had been working in Haiti for several years. It’s a place I hold near to my heart. It’s a fascinating country. The people are warm and resilient. There’s a kind of enjoyment in life and a lightness in your pictures. It really kind of made an impression on me, so anyways, when the earthquake happened, I really wanted to be there. I’m not really sure if it fits within my larger body of work, like in the Middle East. It’s hard to find a connection, but for me it was important to be there nonetheless and to see the condition of the country after the earthquake. I think aesthetically speaking and as a photographer, your mission and the way you approach your subject develops over time. I think being there was important for my growth as a photographer. You experiment more with your work when you have a relationship with the place, and you are motivated and pushing yourself, and are honestly curious about things. 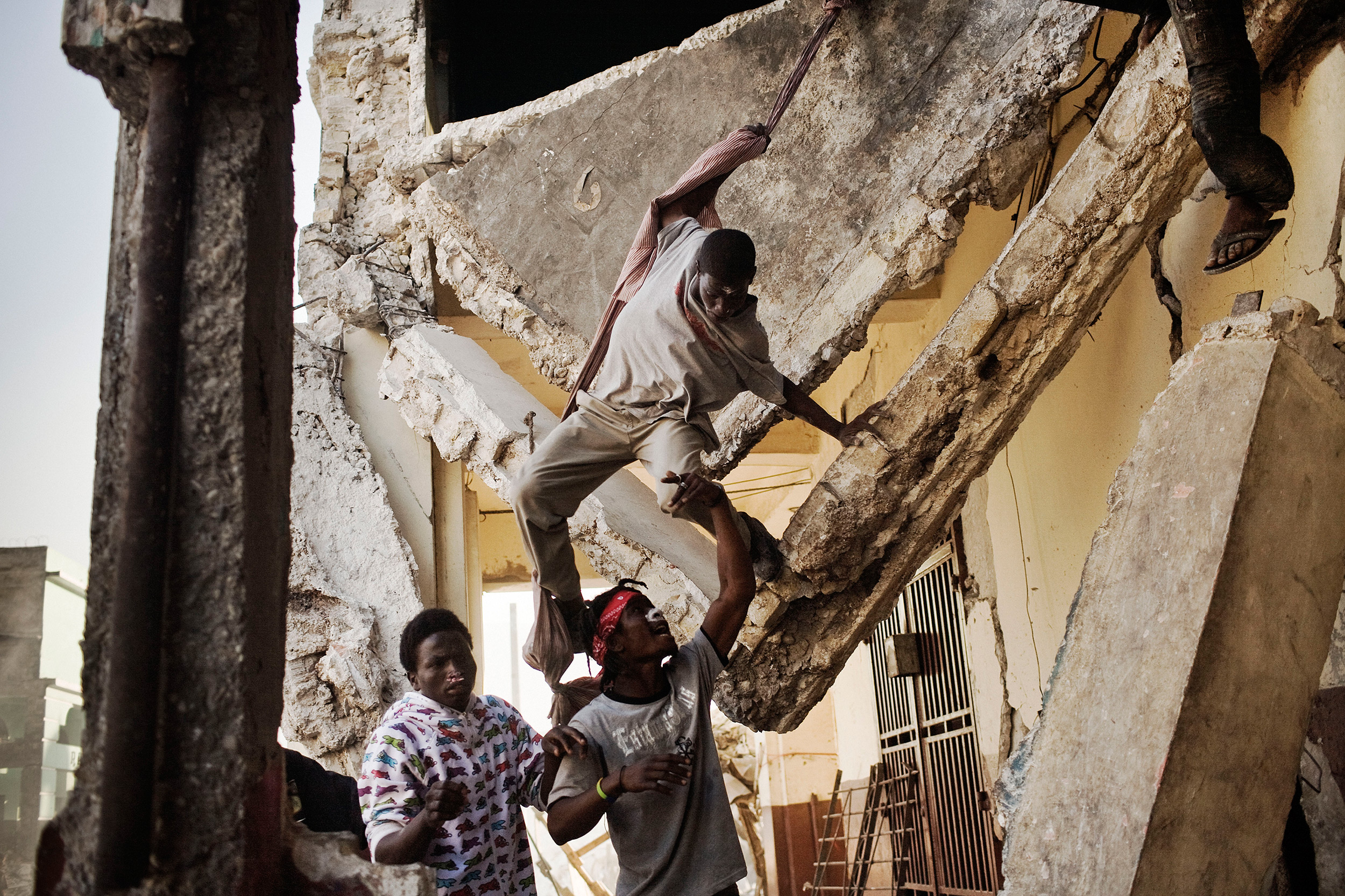 Looters climb a wall trying to enter a partially collapsed warehouse in downtown Port- au-Prince in the aftermath of January 12th’s devastating earthquake in Haiti, January 18, 2010.

Carmelo—You have an amazing ability to show beauty amidst the destruction?

Carmelo—Does the photographer, then, take on a certain social responsibility?

Moises—That’s a difficult question. Yes, there’s a certain amount of responsibility that I feel. I cannot speak for anyone else. I do not want to speak for anyone else. One thing I learned in this business is that it’s not good to generalize for others, but I think there is some responsibility, but I’m not as idealistic as I used to be when I started out. It would be foolish to think I would make a huge difference with every picture I take, but even contributing to the dialogue and getting people to talk about things is important.

Carmelo—How did you find inspiration to continue taking pictures when you see so much devastation?

Moises—It’s not easy and you know I mean it’s just not that easy to remove yourself. I know that as a journalist you have a purpose and need to remove yourself from the situation to cover it and to photograph it, but it’s not easy. I haven’t figured out a formula yet. I’ve been doing that for more than 15 years. It’s always tough. I remember particularly in Haiti, the number of dead people and sometimes finding children literally on the side of the road dead; that stays with you for a long time. The motivation is a little bit a sense of duty or responsibility. There’s this kind of desire to contribute to the dialogue and to contribute to what people are reading about what’s happening and what people are seeing and always working with a lot of honesty, and I hope that comes out in the picture.

Carmelo—How do you define honesty?

Moises—Sometimes people ask me how can you be objective when you are taking pictures, but I tend to say I’m interested in being honest. When you come from an honest place when you are committed to the story and understand the story and when you come to it as open as possible is what I mean. I find that honesty drives me more than being objective, which as a concept is a little bit misleading. Working in such dramatic situations, working with death, really sad stories, it’s hard to be objective. You’re not a robot, you have feelings and emotions just like everyone else. For me this sense of honesty is more of what keeps me in check. You have to come with an understanding of the issue and with an openness to be surprised and to be led in a direction you didn’t think you were ready to go, but it has to come from you, there’s a motivation to stay true to yourself and to what you are there to do. This sense of honesty you develop over time. I am still developing it. You develop it as a photographer and as a human being. It’s what I aim for otherwise it’d be a disaster and you’d become jaded. It’s not a concept that is static. It develops in every trip and in every new story. It’s almost like a quest and it’s important to be aiming for that. 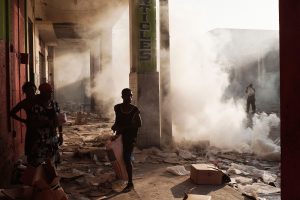 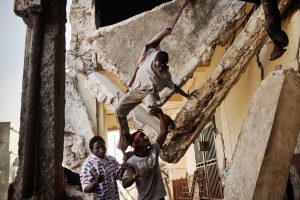 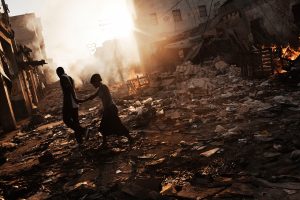 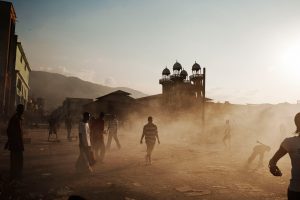 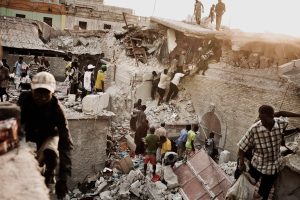