The most flips King Kumo ever did in a row was 25. That was when he was in high school. He can do a front flip from a standing position, over two adults, in the middle of an Atlanta, GA street. It’s not unusual to see a combination; front flip, front flip, final front flip, twist—where the body is flung into a series of revolutions mid-air. It appears he does four twists while airborne. Maybe five. It happens so fast the human eye can barely register the science and logic of what is happening.

That type of athleticism and bravery has turned the 26-year-old dancer AKA Aaron Cunningham into a spectacle wherever he goes. He started in the Bronx, where he was born, the third-youngest of 14 children. At an early age he moved to Charlotte, NC. Then he brought his talents to Atlanta.

“Dance brought me to Atlanta,” Kumo tells me. “I got it poppin’ out there.” 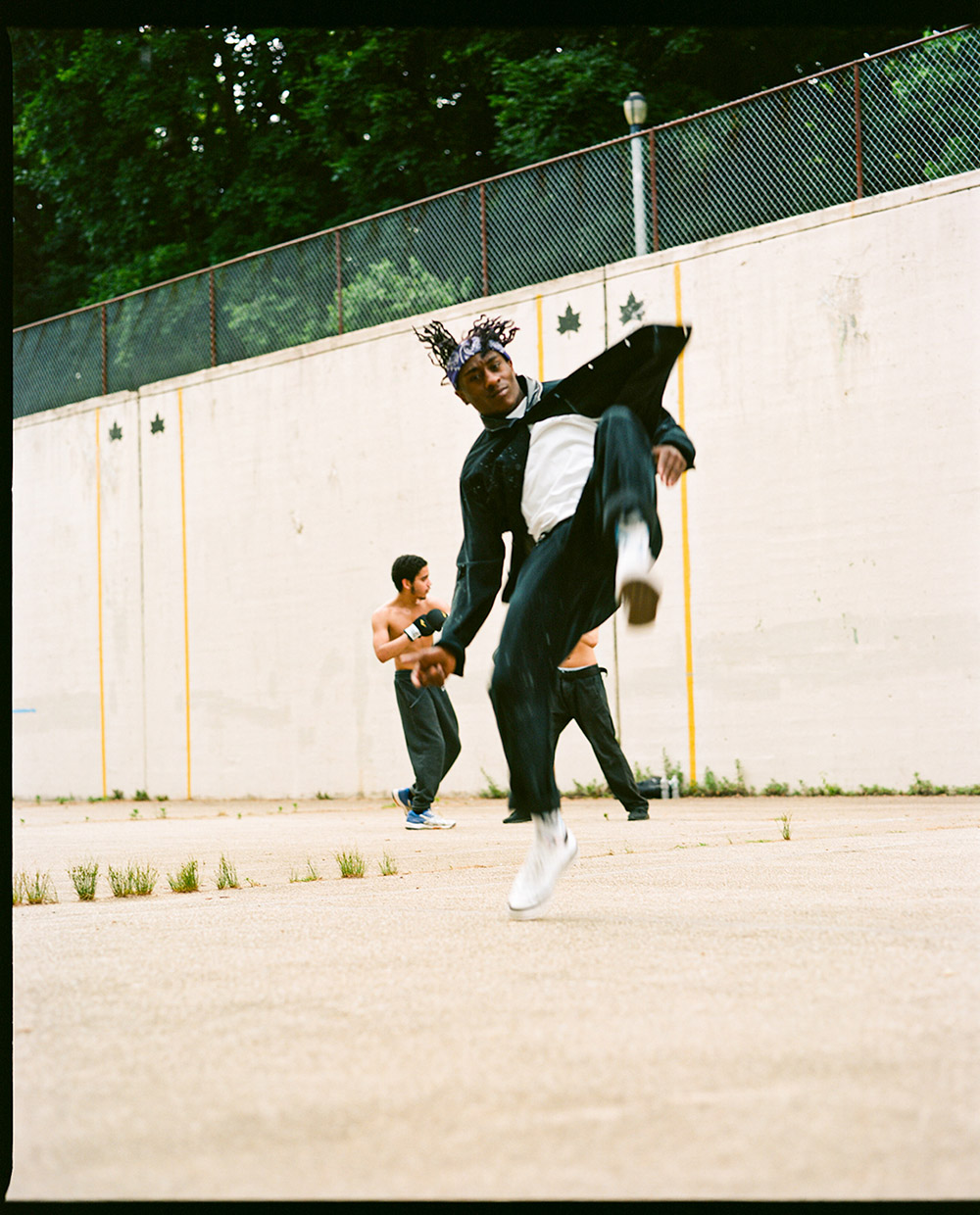 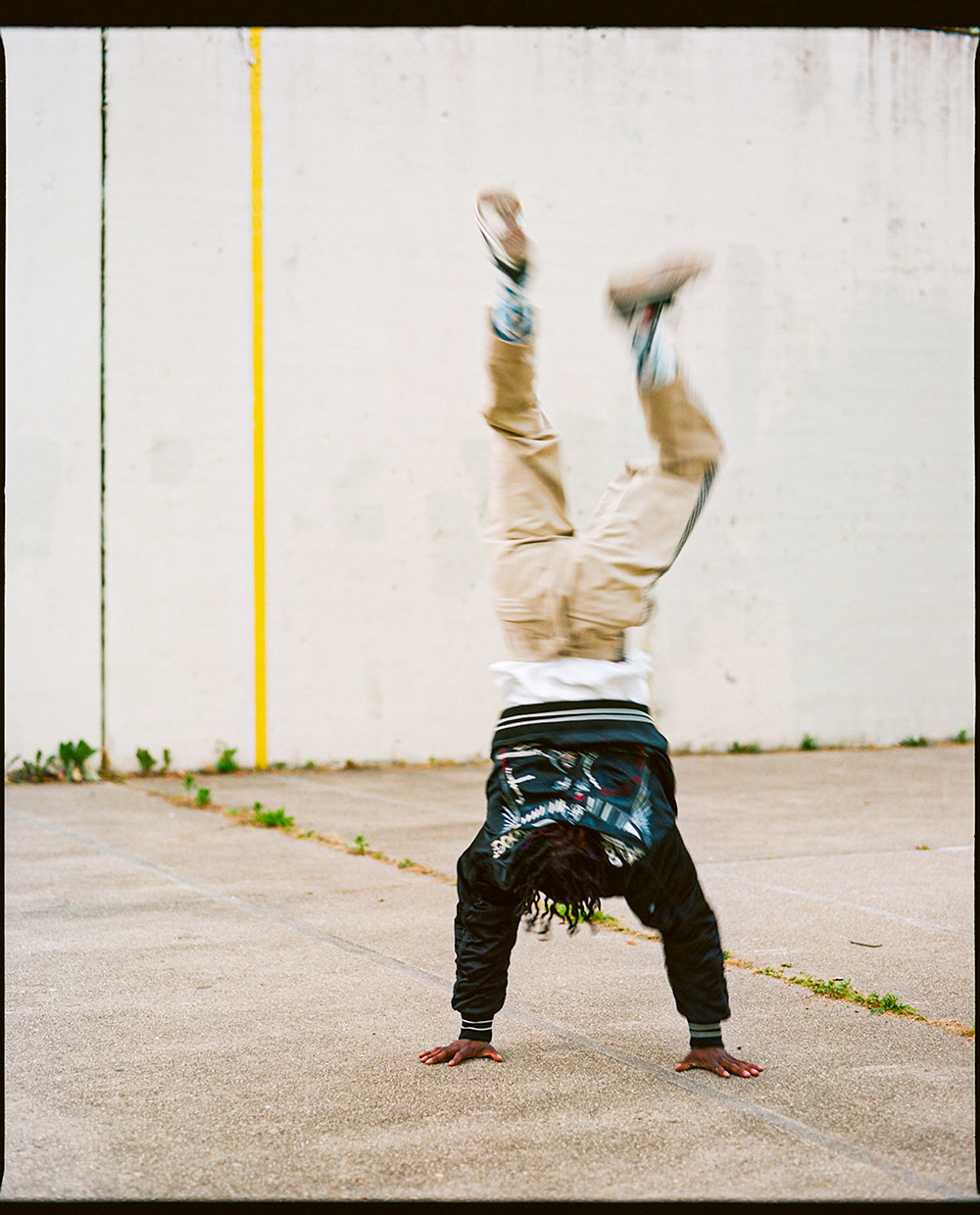 Kumo has traveled the world. The self-described ‘FlipGod’ has performed ESPN’s Wide World of Sports Complex in Florida in front of a crowd of 20,000 (“maybe it was 30,000”). He has amassed more than 140,000 followers on Instagram. His talents have landed him a deal with North Carolina rapper DaBaby’s Billion Dollar Baby Entertainment. Kumo tours with the DaBaby, whose hit track “Suge” took over the airwaves in 2019. “They look out for me like a lil’ bro,” Kumo says of the Billion Dollar Baby family.

Kumo’s charm and appeal is largely due to his allusiveness. Kumo is soft-spoken and laconic and defies categorization. He is equal parts entertainer, dancer, Olympic athlete, and businessman. Ask him how he defines what he does and his answer, true-to-brand, is enigmatic.

“I call it StayK.U.,” he tells me, as he examines an exquisite blunt between exhales. “K.U. stands for knowledge and understanding.

Instead, Kumo has turned to tumbling. Tumbling is one branch in the gymnastics family, in which athletes jump, flip, and twist their way across a stretch of track. Though other forms of Olympic gymnastics often require equipment—matts, trampolines, vaults—tumbling centers on the standalone kinetic energy of the human body. The first recorded instances of tumbling in the United States are traced back to the late 19th century. Tumbling holds a seminal place in global sports history—it was a form of entertainment in Greece, and it is rumored that the Spartans in Rome tumbled in preparation for battle. 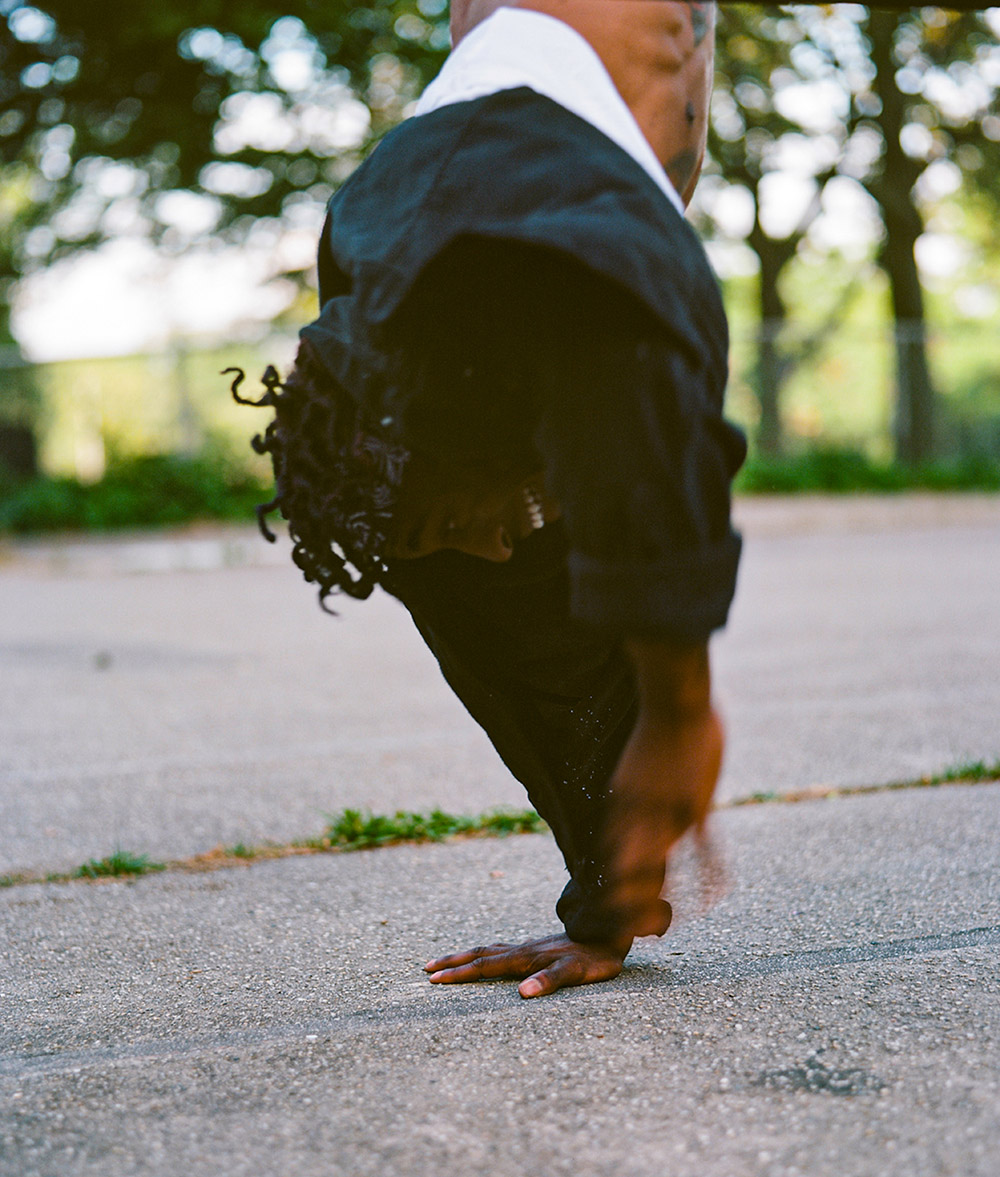 Kumo seems awe-inspired by those who are in awe of his athletic ability. “When people first see me tumble, they can’t believe it. They’re like, ‘What the heck!’

“Tumbling allows me to open up a lot of doors for myself, to accomplish my dreams. By tumbling, I can excite somebody, if they like what I do, if they like my movement. So maybe I could meet a marine biologist and he can teach me about marine biology. To be honest, my cheat code is networking. I love to network.” he says with a rueful grin. 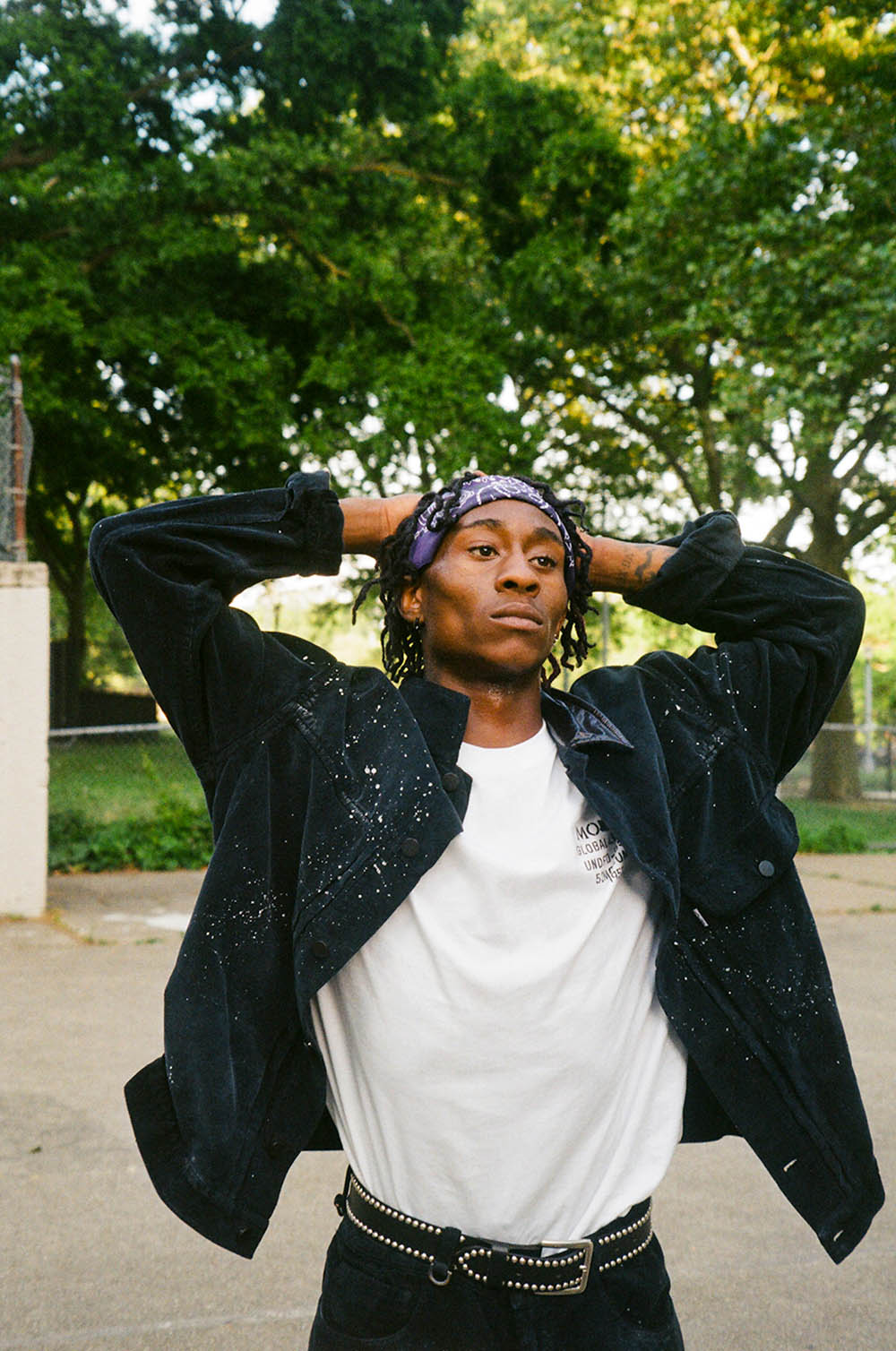 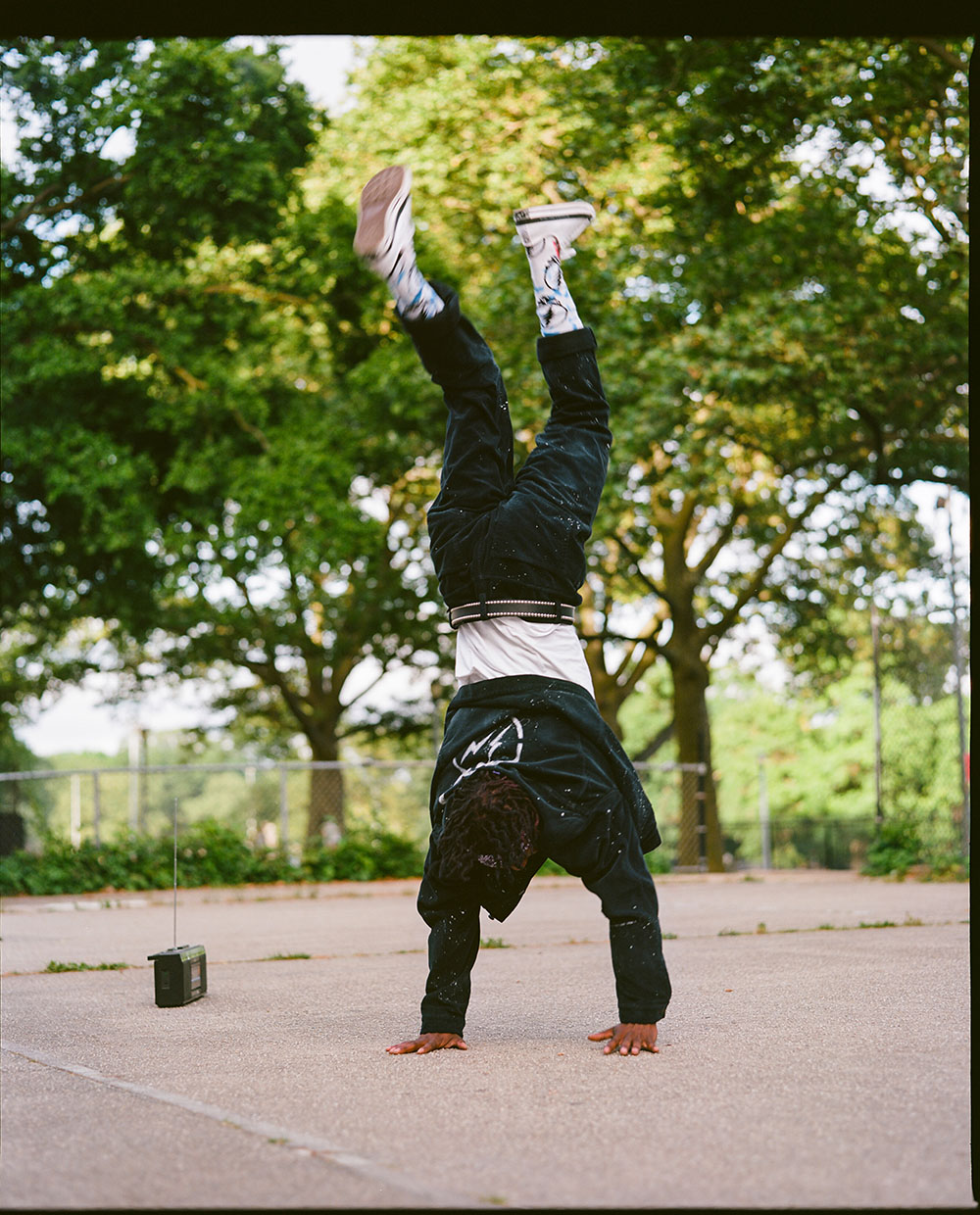 Though tumbling has opened tremendous doors for Kumo—he flies all over the world to train tumblers—he maintains that anyone can do it.

“You can do it, I can teach you.” he says between sandwich bites.

For all its athleticism and artistry, there is a beautiful message embedded deep within the tumbling DNA. Tumbling is a way to move forward; on the gym track, or in life. Kumo says he is inspired by his friends, who have helped him so much—when he didn’t have a home to stay in, when he was between tumbling teams and crews.

Nowadays, owing to coronavirus, Kumo is between touring, and most of his scheduled events are on hold. He’s house shopping for himself and his crew. His blunt is nearly finished. He continues to explain what inspires him: his friends, Power Rangers, marine biologists, and the sport of tumbling, of which he says, “It taught me how to be a man.”

View Slideshow
Tags
Above the FoldCultureDanceKing Kumo
Tweet this quote 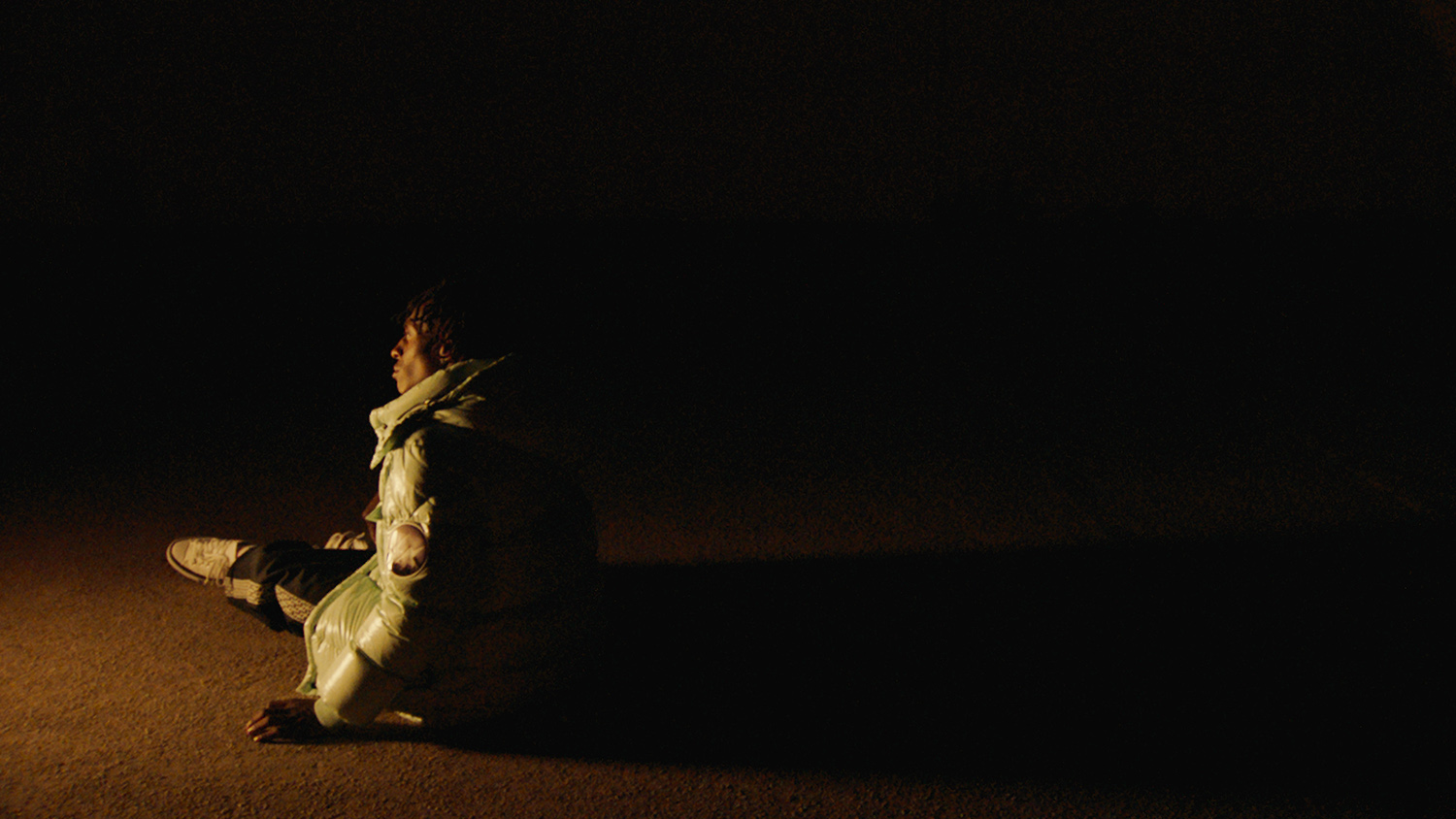 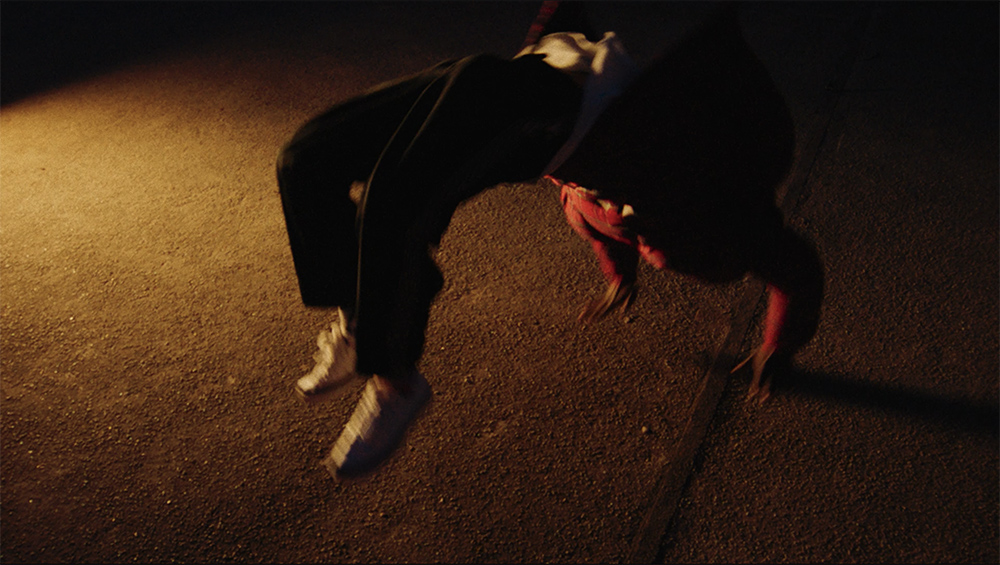 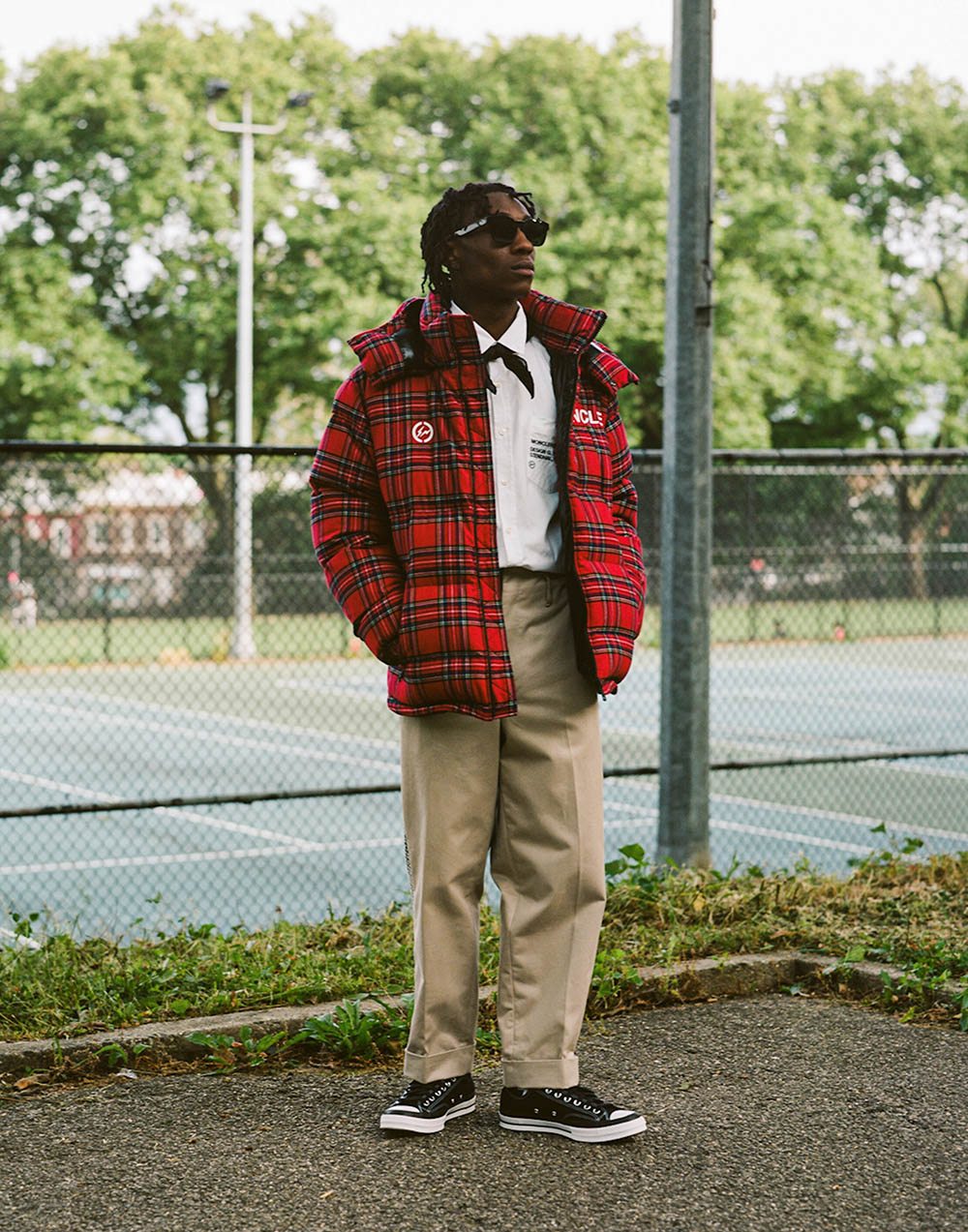 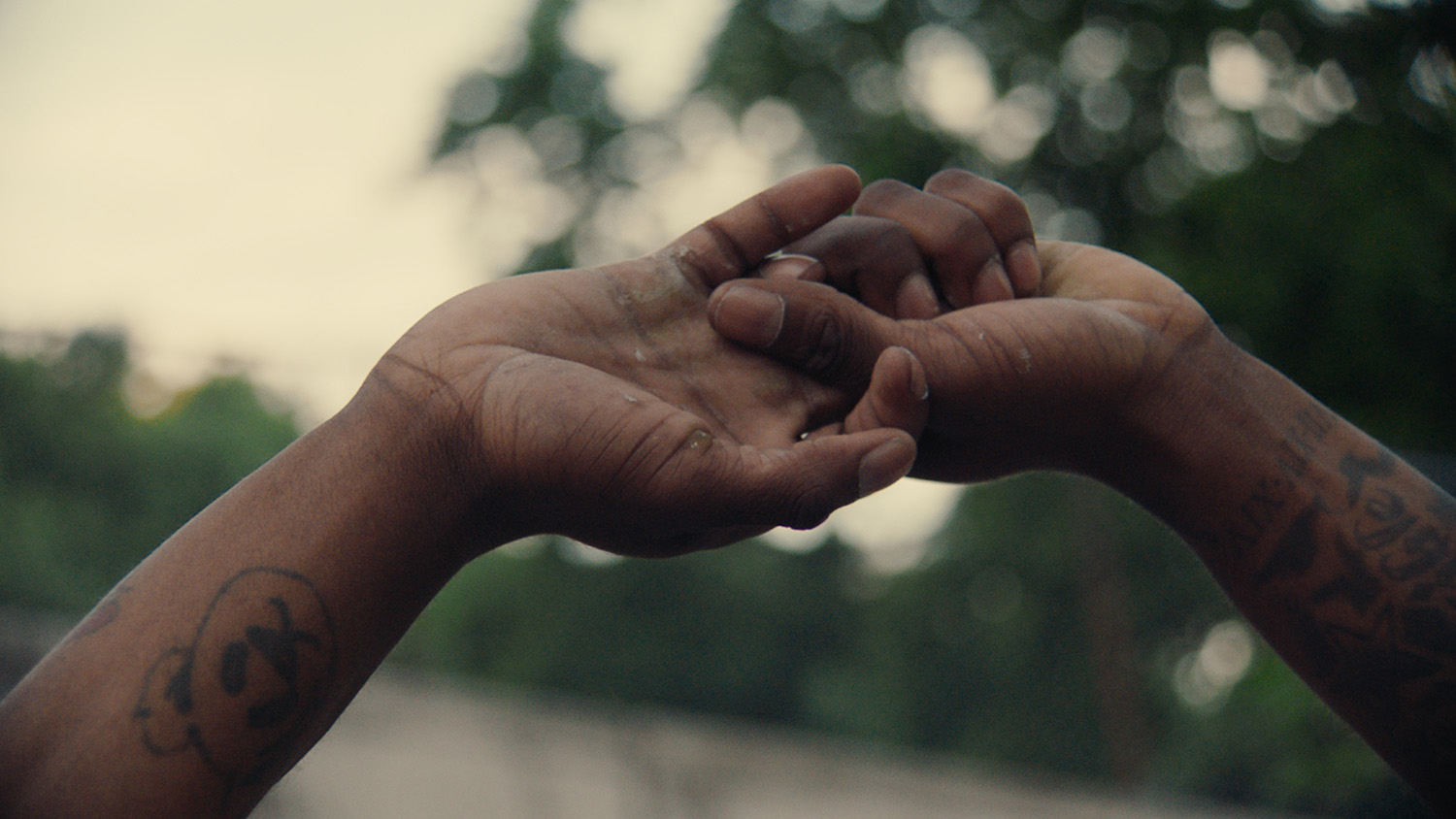 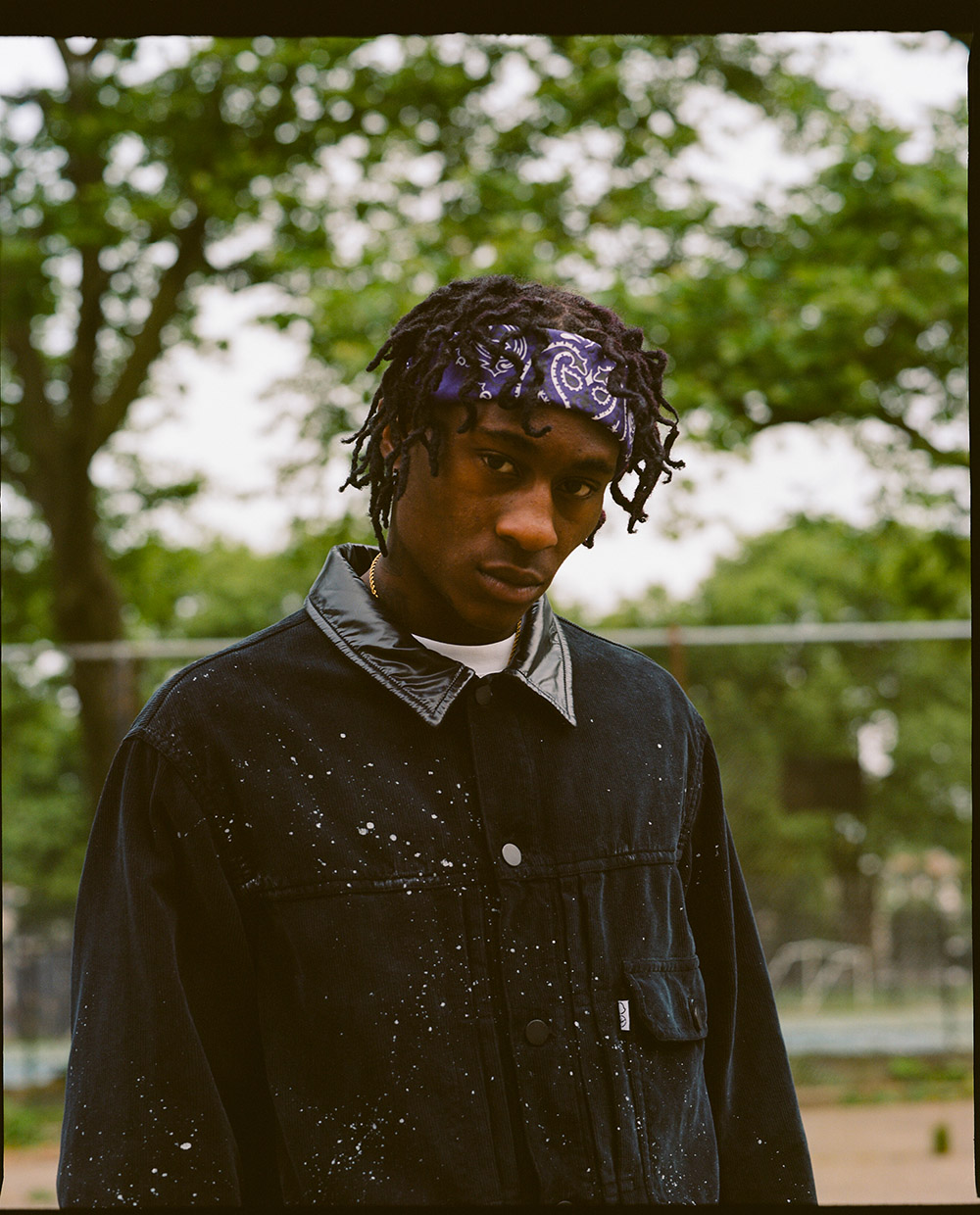