Tucked away at the ancient mezcal grounds in Oaxaca, Gem & Bolt is bringing mezcal into the sustainable future, while resisting the mass-produced tequila trap.

The roads through Oaxaca’s Central Valley are lined with sunflowers and sugarcane. Echoes of traditional, pre-hispanic intercropping practices are everywhere; maize, grain, and beans grow side by side in the same lush fields. We pass a small agave field, with spiked rows bisected by the rippling fronds of banana trees. This is the center of mezcal production, but, despite the spirit’s recent rise in popularity, it is no monoculture.

As we drive to the Gem & Bolt mezcal distillery, Vicente Reyes, the brand’s director of operations, explains that this biodiversity is at the heart of what distinguishes mezcal from tequila. To Reyes, tequila, mass-produced from blue agave farmed in vast drone-monitored monocrops and processed in factories, represents industrialization, uniformity, and standardization.

“The NOM [Norma Oficial Mexicana], or law, for tequila only allows for one species, although in Jalisco there are many species of agave they can use,” he explains. “It was a trend in the 19th century. The Industrial Revolution was defining how things were.”

Throughout its history, mezcal was periodically banned as a means of economic and cultural oppression, limiting its production to small-scale, family-run distilleries—or palenques. Today, the industry remains artisanal; before distillation, the agave hearts are roasted in an earth-pit oven, mashed by a giant, mule-pulled rolling stone, then stored in open-air vats for wild fermentation. When we arrive at the Gem & Bolt palenque, Ignacio Martinez, a fourth generation master mezcalero, demonstrates the traditional method for testing alcohol content by using a sugarcane stalk to blow bubbles into a cup of freshly distilled product and assessing the liquid’s reaction.

A Oaxaca native, Reyes speaks of mezcal with a degree of romance and reverence, noting its cultural significance rooted in ancient myth, ritual, and medicine. Gem & Bolt founder Elliott Coon fondly refers to him as Oaxaca’s “lover and protector of mezcal”—before joining the company, he ran Sistema Producto Maguey-Mezcal De Oaxaca, an NGO dedicated to the protection and promotion of the local mezcaleros. As mezcal’s international popularity grows and the industry expands to accommodate—between 2011 and 2017 the number of mezcal producers nearly tripled—Reyes sees responsible scaling as a balance between traditional and sustainable practices.

While the mezcal boom has attracted wine and spirits giants such as Davos, Bacardi, and Pernod Ricard to the valley, Coon and Reyes are confident in the safeguards preventing the industrialization of mezcal. “There are a lot of protective forces, among them Vicente, watching over the growth of mezcal so that it doesn’t become compromised and misappropriated in the way that has happened with tequila,” Coon comments. Most importantly, the vast majority of arable land in Oaxaca is communally owned, preventing liquor conglomerates from transforming the landscape into expansive, environmentally harmful monocrops. This means that any involvement in the mezcal industry necessitates involvement with the local community: those with the right to work the land. “If you want to succeed and actually enter the mezcal industry in a respectful way, this is the first concept you have to understand,” Reyes explains. “You have to engage with the community, you have to get them involved. And this is not a matter of helping. This is a matter of considering the indigenous communities as partners.”

All images courtesy of Gem and Bolt.

Even if the mezcal production stays artisanal, however, the growing industry still poses a threat to the environment. The production process creates a significant amount of solid and liquid waste, and carbon emissions from the pit roasting process are high. Reyes’ first step in moving the mezcal industry to a regenerative model is creating a sustainable palenque with Gem & Bolt. “The intention is to engineer a facility in such a way that embraces all traditional production methods but almost entirely diminishes its significant carbon footprint,” Coon explains. “It will focus on the use of alternative technology to produce clean energy from the waste of the production process, accompanied by the design of a uniquely engineered earth pit oven that minimizes the amount of wood.”

Once they have created a sustainable palenque, Coon and Reyes hope to share Gem & Bolt’s regenerative methods with their neighboring community of producers and beyond. Reyes’ vision far exceeds the brand—he sees potential for the mezcal industry in Oaxaca to be one of the first examples of a circular economy. “I don’t want to sound like an alarm, but this is one of the very, very, few artisanal industries that actually exist now in the world that can actually teach us how to do things differently.” 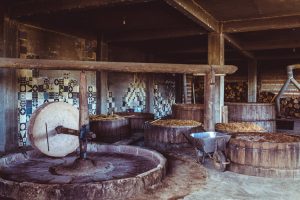 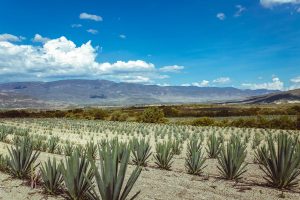 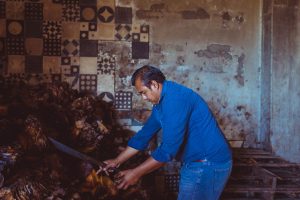