Does platform behoove social review? For the incomparable Whoopi Goldberg—whose nearly four-decade-long career in entertainment has soared from over-the-top comedic highs to stone-cold stoic lows—the answer is a steadfast, spill of a sunglasses yes. A performer in all senses Goldberg, born Caryn Elaine Johnson, was the first black actor to reach EGOT status, taking home the last of the four major American entertainment awards—the Emmy, Grammy, Oscar, and Tony—in 2002 for producing the Broadway musical “Thoroughly Modern Millie.” Before that, in 1994, she was the first woman to solo host the Academy Awards, a ceremony for which she was the first African American to be nominated for both Best Actress (Celie Harris Johnson in “The Color Purple” in 1986) and Best Supporting Actress (Oda Mae Brown in “Ghost” in 1991). She won Golden Globes for the portrayals both years, in addition to a long list of other firsts. Appearing in more than 150 films, she has made her mark with shrewd logic and a tinseling flash of personality. In 2007, returning to T.V. after starring in and producing “Hollywood Squares” from 1998 to 2002, and a brief, self-titled sitcom, “Whoopi,” she replaced Rosie O’Donnell on “The View.” Through the talk show, Goldberg has nudged social discourse, confronting issues of controversy and defending her beliefs fiercely. She’s also pushed fashion, wearing seemingly esoteric items of worship on daytime T.V. screen. One particular episode set the internet ablaze recently, as Goldberg appeared on air nonchalantly in one of Vetements’s most recognizable hoodies.

Last fall, Goldberg’s executively-produced “Strut” debuted on the Oxygen network. The reality show follows the lives of a group of transgender models in various stages of transition as each tries to carve a path for him or herself in the fashion industry. Beautifully awakening, the series looks at those looked-over in celebration of the vivacity of life.

Shayne Oliver, a fashion designer obsessed with fringe culture, is familiar with the fight to be seen. In subversive uniforms, his New York label, Hood By Air, tackles gender, race, and pop culture, in skintight chaps and laced-up harnesses. Here, the two creatives discuss their shared love of the unique and unexamined and the need to be seen and heard.

Shayne Oliver—My sexual identity cannot exactly be defined; I think it is important to be free. The same could be said of my creative process, and that is reflected in my runway shows—they are not always meant to be easily digested. We are at a time now of change, though. Gender is not so defined.

Whoopi Goldberg—Questions of gender have been asked for as long as fashion has existed. It is how the theater began! It began onstage. To me, it is all one thing; what you wear and the fact that you’re wearing it well makes it fashion. Your sex doesn’t matter. Nobody is asking whether you have a vagina or a penis! I don’t think sexuality is a key factor to anyone anymore, really.

Shayne—We’re finally at a time when the trans community is publicly acknowledged and embraced more than ever. I can only hope it will be more infectious in the ever-evolving climate. As a people, we have no choice but to become only more knowledge. The more a topic is discussed, the more accepted it becomes. Hatred comes from fear and ignorance. This is why I wanted to ask you about “Strut.” What does that show mean to you, and how does it affect society at large?

Whoopi—Before this, conversations [about the trans community] had been very unrealistic. There have really only been two sides represented in the mainstream: Caitlyn Jenner and Laverne Cox; both famous, both wealthy. I have many friends that are in various degrees of changing or that feel that they want to start changing, and their stories are so different. Real life is different. I started thinking: What is it like if you aren’t famous? What is life like if you’re just trying to be someone that you haven’t been able to be before? I wanted people to realize that transgender people are not caricatures. They are real people who are not only trying to live their lives but also to find the dream that they want. I always think back to the story of when God first created Adam. Adam was kind of moping around and God said, “What is wrong, man?” and Adam responded, “I’m a little lonely. I just feel like there’s more.” God said, “I know what your problem is. Lay on over here.” God took a rib out of Adam and created a woman. To me, there is this inherent duality in all of us, and if that was the plan all along, who are we to be questioning it? It’s already in us.

Shayne—People fear what they don’t know. One thing I just learned about you was that you have a fabulous shoe collection. Can you tell me more about it? 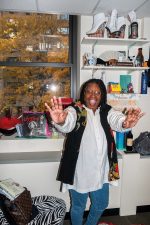 Whoopi—When I first took the job at “The View,” I saw that everybody was well dressed. I’ve always dressed just as myself, but I decided then that I needed to look like I was actually trying. I was in England at some point, and came across Irregular Choice shoes on Carnaby Street. I bought them because they were reasonably priced and comfortable to wear. As I wore them, people started watching to see what I was going to have on my feet next. It kind of got me going. I like to have something interesting on in case I get bored, and, really, I love them all! [Laughing.] Through that, I’ve discovered some amazing people, like Kobi Levi, a cobbler who designs these purely artistic works, and even a woman in England who works with taxidermy. For these shoemakers—and even designers like you—what is in your head and how you create it is the most important thing in the world to me.

Shayne—Do you think there is a difference between creating fashion and creating art?

Whoopi—All of fashion is art: It is the line, the feel; it’s the color and it’s the groove. As an artist—whether you are a clothing artist, a visual artist, a shoe artist—you can’t get along in the world without each other. Going to all of the different fashion shows throughout the years actually inspired me to create a line of ugly Christmas sweaters. [Laughing.] That’s one thing that I can make that doesn’t step on anybody’s toes or make me out to be someone I’m not! It’s interesting that what was once in my brain is now on sweaters.

Shayne—Speaking of seeing different collections, how do you feel about European versus American fashion?

Whoopi—I think they blend. Two years ago, you would see X, Y, and Z across the pond, and then suddenly it was here, but in a reworking. That happens a lot with what you’ve designed, Shayne. Can I just say that? You have done something and other people look at it, tweak it, and claim it as their own. Does that ever rile you up? You’ve been at the forefront of a lot of what has happened in fashion at least in the last four years. Wouldn’t you agree?

Shayne—I try to push as much as I possibly can. So many things inspire me that I want to push those same feelings that I experience onto the people around me. Which individuals inspired you growing up?

Whoopi—The whole 1960s inspired me! All those English designers that made clothes I couldn’t—or thought I could never—afford. I loved the way that someone could be named Twiggy, even though I knew I never could look like her. Those lashes! She was just somebody that was great. After a little while came Beverly Johnson, oh wow. The Supremes. The Temptations. The Beatles! It was a time of just doing all sorts of stuff. We wore bell-bottoms and big chunky things. Our hair was crazy. I come from the days where we would have to press our hair. If you got it wet, the press wouldn’t hold any longer and you’d just be rocking an Afro! Everybody looked like everybody else. We all wore colors and it didn’t matter what color you were. You could do anything. Growing up in that time with music, with art, with dancing—from the twist to the hustle—was incredible. All of the rich people wanted to do what the middle-class people and poor people were doing, because they all knew how to move. Together we rocked everything. We were all going to the same clubs. For a good 10-year period, we were looking to the skies to be what we wanted to be and everyone had a voice.

“Amazing things will come in when people get tired of getting their asses kicked by anonymous people on social media who know absolutely nothing and are only reacting to what is put out.”—Whoopi Goldberg

Shayne—That sounds amazing. It was pop! Not like popular culture, in the sense that it was in the main view, but pop in that it seemed like everybody was open to the exchange of ideas, sounds, everything. I don’t think the same could happen today, don’t you think? It’s difficult to find that sense of freedom. Creativity is fleeting, sometimes. With technology, corporate culture, speed. It doesn’t feel as real.

Whoopi—The thing that blocks it is this idea that everybody has to be the same. It’s what social media has done; it has reduced the world to just a couple of characters. We see lots of things, but we don’t know anything.

Whoopi—We don’t experiment anymore because we conform to an idea of [who] we think we are supposed to be. I think that once we get back to being individuals, real individuals—and not throwing everything up onto a website where 500 million people have no idea about the artistry behind the art—then we’ll be okay. The thing about asking questions and then reacting was that, in the 1960s, we were more connected. Amazing things will come in when people get tired of getting their asses kicked by anonymous people on social media who know absolutely nothing and are only reacting to what is put out. No one is asking any questions. The beauty of being an individual like yourself is being you. Of course, that’s something that you don’t come into immediately. It takes time. 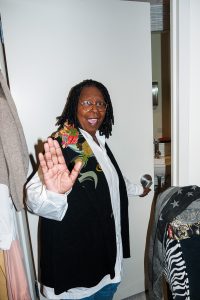 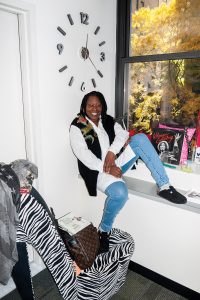 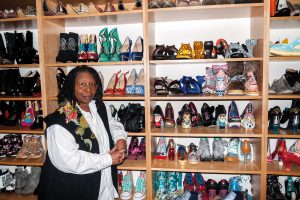 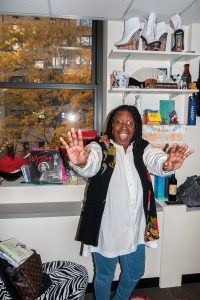 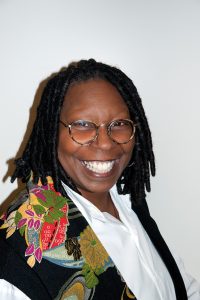