Judy Blame compares notes with Kim Jones on their extensive collections, and reminisces about their days clubbing

String, safety pins, pearls, buttons, electrical tape—Judy Blame takes anything he can get his hands on. Blame finds objects and transforms them with scissors and glue into wearable bricolage—hats, necklaces, and other accessories—that are still imbued with style 30 years on. In 1985, alongside cult designer Christopher Nemeth and shoemaker John Moore, Blame established The House of Beauty and Culture in Dalston—a collective and store at the center of the underground club culture of east London. A significant figure on the nightlife scene, Blame began collaborating with luminaries such as artist Leigh Bowery and the creator of the Buffalo-style movement, Ray Petri. With their encouragement, Blame ventured into styling and began contributing to The Face and i-D magazines, photographing prominent artists of the era. Rei Kawakubo of Comme des Garçons asked Blame in the early 2000s to create a line of jewelry for her store Dover Street Market. And since then he has collaborated on Comme des Garçons’s men’s accessories as well as consulted for Gareth Pugh, John Galliano, Marc Jacobs, and Kim Jones, for whom he created jewelry for the Louis Vuitton Fall/Winter 2015 men’s collection. In a Document exclusive, ahead of Never Again: Judy Blame, his first retrospective at the ICA London, Blame picks from his archive of loved objects, compares notes with Jones on their extensive collections, and reminisces about their days clubbing at Fridge.

Kim Jones—I remember your work from when I got copies of The Face and i-D, and you were everywhere. I just thought you were an amazing talent and a superstar and an inspiration. I had an older sister who told me about the House of Beauty and Culture, so I was aware of you from an early age. I think we met at the Fridge club on a very drunken night out. We were both at the bar waiting for drinks and started chatting.

Judy Blame—I remember the gig, and I remember being very drunk!

Kim—I wasn’t drunk enough yet, so I remember that part.

Judy—You were probably nervous. I always remembered you being quite nervous when I first met you.

Kim—I was quite shy. I was still probably doing A-levels or something. I’ve probably got the flyer at home—I’m a bit of a hoarder like you.

Judy—Well I just shove things in boxes, and I’m forever picking things up.

Kim—I see you more as someone that gathers things along the way than a collector, to search out items. What qualities attract you to an object, pieces, or clothing to make the cut for your archive?

Judy—I don’t know, I don’t follow one route. I just do it all the time. It’s about the shape, the volume, and the quantity that attracts me. I have no rules as to what it could be. It can be anything. That’s how I mix things up. For things I treasure, it’s always something someone has given me, from a good friend or my godchildren. It’s not the price or value—it’s the thoughts that I adore. I am a fashion person, but I’m not always looking at fashion things. It doesn’t have a set plan to it. I don’t really research anything; I do it on instinct. Just curiosity.

Kim—I like to know everything. If I’m interested in something, I want to know as much as I can about it. At Louis Vuitton when we’re working, we always have a theme and a reason. I have to do the research in a practical order. Choose: chronological or random?

Judy—I definitely have a bent for the random. Yes, I’m more haphazard than you, I think.

I like working the ideas out on my own, but collaborating with people is my favorite. I love teamwork.

Kim—In terms of my collecting stuff, I only really recently catalogued my clothing collection in a specific order, but it’s taken years to get there. I don’t really understand how each thing relates to the other—it’s just everything I like. I’ve seen a small part of your collection, which seems very organized and ordered. Is that by chance or do you revisit everything from time to time?

Judy—At the time it looked organized, but looks are deceiving. Really, it’s all in chaos! Luckily I have a good memory for the details around every item.

Kim—The first thing I ever got was an ostrich egg when I was about four years old in Africa. It was carved by some bushman in Botswana. It’s traveled the world and is still with me, wherever I’ve lived. That’s the first thing I’ve collected. What’s the most prized possession in your archive?

Kim—Your work encompasses fashion, culture, art, and music. If you could pick five pieces that you could leave in a room to define yourself, what would they be? I like the idea that someone could walk into my home and see what kind of a person I am—a confused grandmother/grandson.

Kim—When we did the collection together with you, what was really nice is that you brought all these objects in that had a personal meaning and a feeling for what the collection was about. The process is so natural to you and instinctive and exciting to watch—when we work in a manufactured, different way now. And to still put things together quite last minute, like I used to do with my own collections. It’s refreshing to see how hands-on you are and how there is an element of surprise to it.

Judy—I like working the ideas out on my own, but collaborating with people is my favorite. I love teamwork. What I loved when I worked with you was that I was bringing ideas into the equation—things like the leather keys—and the way we approached it was bringing an odd idea into a manufacturing, luxury world. I loved that crossover of it.

Kim—I liked the freedom of it. Obviously everybody absolutely loved working with you because you brought things to the table that we wouldn’t think about. It gave different dimension to things, which is what you always want.

Judy—Obviously I love something if it’s handmade, because that is where my roots lie. Ultimately I’m a visual person and like experimenting with all of it, like Instagram. But I will always be paper, glue, and scissors—that’s my root. 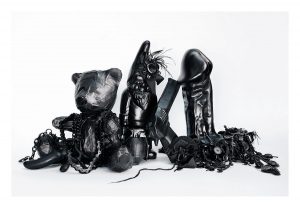 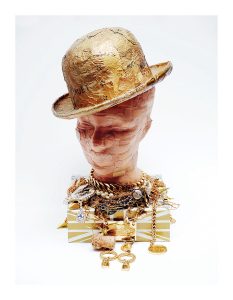 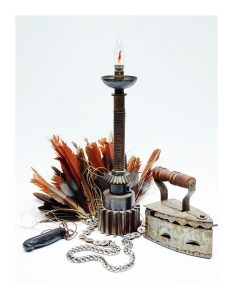 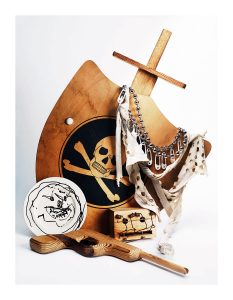 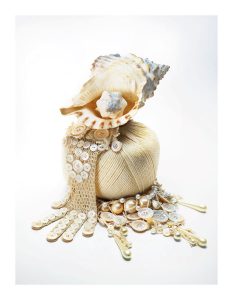 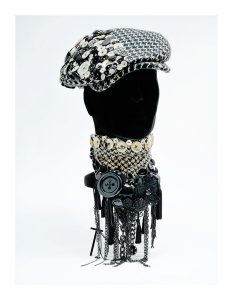 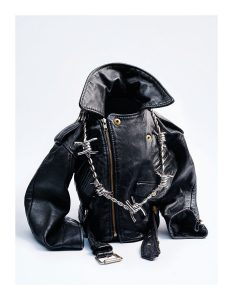 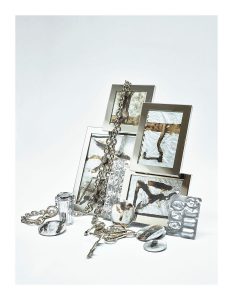 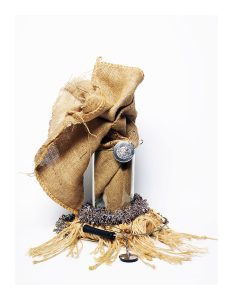 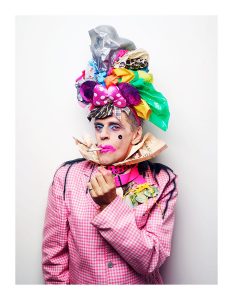