London, like New York, Amsterdam, and Berlin, has joined the party by employing its first ever “night mayor.” Though in this city the position goes by the more exotic-sounding “Night Czar,” and comes in the form of Amy Lamé, an LGBTQ activist, former mayoress of Camden and founder and performer at “Duckie”—a long standing cabaret show.

When Lamé (née Caddle) arrived in London via Southern New Jersey, 25 years ago, the city was a different place. In 1992, London was still recovering from the aftershocks of a fiercely conservative Thatcher Government. Pubs shut at 11:00 pm (a closing time dating to WWI) and there were a lot of laws preventing LGBTQ equality, but Lamé says, “The atmosphere was one of general tolerance and acceptance. And it didn’t feel like that in the States at the time.”

Lamé’s first job in London’s SoHo at First Out—a gay pub—was one of the first of its kind not to have blacked out windows. “It wasn’t underground. You could sit sipping a coffee and read a newspaper and there was nothing to be hidden.”

Lamé made a lot of friends at First Out, joined the community there, and got involved in politics through grassroots activists for the LGBTQ community in London. Her work and ambition eventually lead to her current role as the first-ever London Night Czar. The post was created in 2016, by London Mayor Sadiq Khan, as part of his campaign to make London a 24-hour city.

In person, Lamé has both the charm and warmth required of an impresario used to performing for cynical London audiences as well as the practiced polish of a professional mandarin.

Lamé’s role is to give a voice to all those who work the graveyard shift, as well as being a proponent of the city’s night culture. In order to carry out her mission, Lamé performs “Night Surgeries”—visits with the nightlife community. “I flipped it around so I go out to meet people rather than have them come to me,” she says. London has a vibrant night time economy; a third of Londoners work at night, or about 1.6 million people, according to an extensive report released in November 2018 by the Mayor’s office.

The Night Czar’s role is a broad one.  Lamé is to address the needs not only of bar and nightclub owners and their employees but also of others who work the graveyard shift: the police, hospital workers, and transport workers, and she works alongside all of Mayor Khan’s other deputy mayors.

It’s a diplomatic role. The Night Czar is meant to bring people of opposing views to the table so they can work out their differences. And most power in this area still lies with the elected local authorities. For instance, Lamé came under criticism recently for being unable to help a pub in Hackney get a late license, but she has no authority over the decisions made by local councils over licensing. She describes her role as getting everyone to sit around the table and talk, to represent the needs of the night-time economy in those conversations, and ultimately, to find a solution that works for everyone.

One of the first orders of business was for London’s policy makers to figure out what was actually happening out there at night. City Hall and the Night Time Commission funded the first-ever comprehensive study of London after dark.

“It takes a while to get a full picture of a city of almost nine million people with 33 local authorities and each of those authorities having their own approach to licensing,” she says.

As an overall economic force, London’s nightlife is unquestionably a growing player. “Ernst & Young did a study a few years ago that estimated it at ￡26.3 billion ($33.6 billion), but I think that is quite conservative,” says Lamé. The rewards, though, are not shared by all.

The Night Time Commission research showed even though London’s nightlife as a sector is growing slightly faster than the day economy (2.2% compared with 2%) workers out at night get paid 53% less than London’s Living Wage hourly rate.

“A lot of people think it is only the lower paid people that work at night, when in fact it shows that the top class of professional services are just as busy working at night,” says Lamé. We do know that if you are low paid you are the lowest of the low paid, and that is unacceptable. We need to bring 6:00 pm to 6:00 am up to the same standards we expect for people that work during the day.” 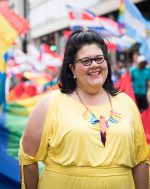 Lamé still performs once a week on Saturday and takes the train home at 2:00 am or 3:00 am. So she knows first-hand what it’s like to need to get around in the wee hours of the morning. One her proudest achievements as Night Mayor has been to extend the evening hours of the tube on weekends.

“We have the oldest underground system in the world and it was built on a single track system. New York was built on a double track system. And that’s why it has taken us [a long time] to get a 24-hour service, because in New York you can operate your trains on one track while you are servicing the other. The night tube has opened things up.”

The nightlife office has also been focused on improving relationships between residents and nightlife neighbors. New buildings next to existing venues will now have to meet the cost of soundproofing and noise-reduction measures.

The Night Czar’s office has also created the Women’s Night Safety Charter, a two-page policy that Lamé helped write, based around seven pillars of what to do to make your place safe for women at night. Lamé claims this is having real practical influence on making evening hours more welcoming for women. Initiatives include naming a “champion” in the venue to actively promote women’s night safety, training staff to ensure that all women who report are believed, encouraging reporting by victims and bystanders, and telling staff what to do if they experience harassment when working, going out, or travelling.

But even with the night tube and changes to the licensing laws—24-hour licenses were introduced in 2003 but not many were applied for—many of London’s cultural venues are still under threat.

“Up until 2016 we had lost 25% of our pubs,” says Lamé. “We had lost about the same percentage of our night clubs. We lost 35% of our grassroots live music venues, which are really important for the ecosystem of our music industry, and we had lost a shocking 61% percent of our LGBTQ venues.”

The reason in London was largely the same as in New York—gentrification. But even more consequential was the central government’s decision to hike up business rates.

“The tax is based on your turnover and the worth of your property,” Lamé explains. “So grassroots live music venues, which were hanging in there, suddenly had re-rates. The value of their property had gone up because property values had risen, and suddenly they are seeing their rates double or triple in some cases.”

Additionally, there was a threat of development hanging over them. “Developers were coming to places clearly struggling and offering to give the venue a big check,” Lamé continues. “It was the perfect storm of how you lose these hugely valuable spaces.”

In order to combat this trend, Lamé is trying to use existing legal policy, namely Section 106.   Section 106 states that London developers have an obligation to mitigate the impact of new structures on the local community. Normally, that would be interpreted as putting in a day care center or a block of affordable housing next to the new flats. But when the Joiners Arms, a famous LGBTQ pub in Hoxton, closed because developers bought the site, the Night Czar’s office took a stand. It was the first time the UK planning system has been used to protect LGBTQ spaces. Lamé and the Mayor’s Culture at Risk Officer, Ed Bayes, met with community groups, the local planning authority, and the developer to break through a deadlock. The Night Czar secured an agreement to preserve the site as an LGBTQ venue for at least 25 years, with a £130,000 developer contribution towards fitting out the space and a year’s free rent.

“Because even the shell of a building will cost you £25,000 to put in sinks and fire exits,” says Lamé. It was a landmark case. Lamé explains that Section 106 had always been interpreted to mean a physically rooted community as opposed to a non-geographically based group like the LGBTQ community.

These actions are finally having an effect. For the first time in 10 years, London LGBTQ and grassroots live music venues are closing at a slower rate; venues are stabilizing.

But pubs, the beating heart of British communal spirit, are still closing in London.

There has been a rise in the number of licensed restaurants (from 2,535 to 7,990 since 2001) and it’s possible London’s cultural diversity is partly responsible—there is a growing population of people who don’t drink alcohol ever.

There are other factors to consider, in addition to gentrification and rising rents. According to the data, more than one third of Londoners say it is too expensive to take part in activities at night.

As a result, some Londoners are buying readily available cheap liquor and increasingly socializing behind closed doors. It costs a lot less to drink a bottle of supermarket-bought vodka at home than pints at the pub.

Lamé is aware of the negative impact of this trend on the night economy and is closely watching the effect of Scotland’s new minimum alcohol pricing. As of May 2019, every unit of alcohol must cost 50p, regardless of whether you buy it in the supermarket or down at the pub.

“I always say that I would much rather people go out and meet their friends for a drink. It’s more sociable. With licensing laws, people running a venue have a legal obligation to say, ‘Why don’t you just have a lime and soda this time around?’ Rather than being at home and thinking that extra drink is a good idea. The knock-on effect for our health is massive,” says Lamé.

There may be another element is added to the mix. According to an investigative piece that appeared in the Guardian the same day as my interview with Lamé, cocaine is linked to the UK’s changing night-time economy. England has one of the highest documented uses of the drug in Europe. Unlike the club drugs such as MDMA or ecstasy, cocaine is something users like to take at home with friends, rather than in a public place where they run the risk of getting caught.

But drug use is not something that Lamé is prepared to discuss in depth in our conversation.    When asked about progressive drug policies that have been successful in other countries like Amsterdam—such as testing drugs for purity, or progressive signage warning about possible effects if drugs are used incorrectly—she replies, “Drugs are a matter for the police.”

She would allow that while there are welfare obligations built into the licensing laws, such as looking after someone who is ill or incapacitated, drugs are a serious matter best left to law-enforcement.

In the venue where she hosts her show, Duckie, she has a zero tolerance policy. “People might choose to do whatever they do, but at the end of the day it is illegal,” she says. “So, I’ve got a hard line on that.”

Another market force coming to the fore is Brexit, and what that will do to the nightlife and tourist economies.

“If anyone knows anything, please tell me,” laughs Lamé. “It is unsettling, but London is open and will remain open. London voted overwhelmingly to remain [in the EU]. We are a diverse city and we realize the benefits of being so close to our European neighbors and we value that. It is part of our DNA. So it does feel particularly painful. We are waiting. We are waiting…” 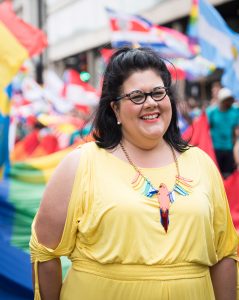 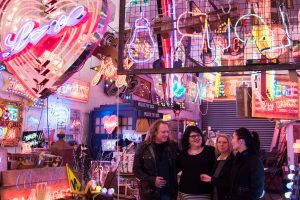 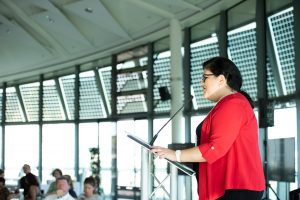