Can the use of a single adjective transform an entire country’s built landscape? In China, where the utterances of a sole individual have been known to spark everything from revolutions and famines to the most spectacular economic rise in history, you might be forgiven for thinking yes.

When President Xi Jinping, who’s been described as China’s most powerful leader since Deng Xiaoping and possibly Mao Tse-tung, called for an end to qi-qi guai-guai (“weird”) buildings at an October 2014 symposium on the arts in Beijing, many took it as a smack across architecture’s face. Few countries have built as much, and attracted as many prominent architects, as China in recent years, and even fewer have taken their building sprees to such forward-looking heights. The end of an era seemed nigh.

China’s architecture boom of the past decade has transformed the country into a hothouse for experimentation. It has pushed the limits of built form to exhilarating extremes and allowed meaningful ideas to flourish, while also creating shape-shifting icons that have made mega events like the 2008 Beijing Olympics and the 2010 Shanghai World Expo seem like mere excuses for producing more. For every CCTV tower, Guangzhou Opera House, and Bird’s Nest stadium attached to a first-name-basis architect—Rem [Koolhaas], Zaha [Hadid], and Jacques [Herzog] and Pierre [de Meuron], respectively—there has been a Harbin Opera House by Ma Yansong (MAD Architects), an OCT Design Museum by Zhu Pei, and a Yaluntzangpu Boat Terminal in Tibet, by Zhang Ke. That is to say, the phenomenon has been comprehensive, reaching into the biggest cities and the remotest corners, giving both established and emerging designers—from China, as well as abroad—a proving ground perhaps unlike any other in the world. That being said, it has also produced some real dogs, to say nothing of too many projects that for social and urbanistic reasons should never have left the drawing board in the first place. Like all great epics, the “weird building” boom has revealed both the best and worst in us: heroic ambition, heady idealism, and untamed creativity, but also hubris, vanity, and shortsighted opportunism.

One can imagine then why Xi’s pronouncement provoked both panic and glee, along with many, many questions. Was this the end of a heyday or a return to more sensible “Chinese values?” Was China closing its doors to forward-looking architecture or perhaps just foreign architects with their strange, foreign ideas? Did Xi really toss Koolhaas and Ole Scheeren’s CCTV building, whose cantilevered acrobatics have earned it the Chinese nickname “Big Underpants,” into the no-no bin, as was widely reported? (As it turned out, he didn’t.) More to the point, what, exactly, counts as a “weird building?” “It was so strange,” said a prominent Chinese architect who had been drafted onto a hastily assembled government panel to evaluate building proposals for their oddness. “We were all standing there, trying to figure out how to define ‘weird.’”

Like all great epics, the ‘weird building’ boom has revealed both the best and worst in us: heroic ambition, heady idealism, and untamed creativity, but also hubris, vanity, and shortsighted opportunism.

To begin with, perhaps we should draw a distinction between what we might call High Weird and Low Weird. On this level, proponents of the best experimental architecture—the former—probably don’t have too much to worry about. Not in principle, at least. The Chinese, like humanity since time immemorial, will not lose their hunger for the new—especially at a time when innovation has become a national obsession—as long as the money is there to satisfy it. (Indeed, China’s sputtering economy may be the bigger hitch.) What’s more, the genie is out of the bottle: Experimental architecture is by now too well-established and, in that sense, normal. Besides, it sells; in the aftermath of Xi’s pronouncement, the developer of Chaoyang Park Plaza, a mountain-inspired Beijing complex designed by High Weird architect Ma Yansong, tried to whet buyers’ appetites by announcing the project “could be Beijing’s last [weirdly] shaped landmark building to enter the market in the coming 10 years.” It’s precisely this anecdote that ensures it probably won’t be.

Then there’s the Low Weird: the teapot-, coin-, and fish-shaped buildings, and let’s not even get started on the Eiffel Tower and Tudor village replicas, that have populated countless Weird-Chinese-Building memes on the internet, and widely cited books like Bianca Bosker’s “Original Copies: Architectural Mimicry in Contemporary China.” China, like America, has a flair for kitsch; the two countries have more in common than they’d probably like to admit. But the fact that Tianducheng, the surreal, ersatz Paris built outside the city of Hangzhou, has been such a dismal, unloved failure that it’s rumored to be slated for the wrecking ball before even being completed, offers some hope for good sense. If Xi’s declaration helps to rein in the excesses of Low Weird, then perhaps we’ll have seen the bright side of authoritarianism.

But if only things were so simple. Xi, of course, did not draw a distinction between High Weird and Low Weird. In fact, he didn’t elaborate at all. The phrase that caused so much fuss (“No more weird architecture”) was a mere snippet buried in a more than two-hour address that also targeted visual art, music, literature, film, and performance. Neither did Xi single out the CCTV building. The finger pointer, in this case, was the “People’s Daily,” the Communist Party’s paper of record. Never mind that its own new headquarters building, designed by the Chinese architect Zhou Qi, had just been widely ridiculed because, at a certain point in its construction, it looked remarkably like a human phallus. Ah, the confusion.

Chinese officialdom is famous for the vagueness of its policies and pronouncements, which purposely leave enough wiggle room so they can be interpreted as circumstances demand. Context is everything, and in this case, the context of Xi’s speech is important to note. Since taking power in 2012, Xi has overseen a deep and far-reaching crackdown on corruption that, aside from putting many of his rivals behind bars, has taken aim at some of the more blatant extravagances of recent years as part of an effort to bolster the Party’s credibility and win public support. Targeting ostentatious buildings certainly fits the bill.

In the more immediate context, Xi’s address was filled with leftist-nationalistic rhetoric that, very typically, conflated artistic merits with socialist ideals, socialist ideals with Chinese values, and all of it with Communist Party rule. Drawing comparisons in the official media with a seminal series of talks on the arts given by Mao in 1942, Xi railed against commercialism, banality, and vulgarity, while making clear that artists should not “go astray while answering the question of whom to serve”—namely, the people and the Party. Artists should produce works that “disseminate contemporary Chinese values, embody Chinese traditional culture, and reflect Chinese people’s aesthetic pursuit,” he continued. “Socialist culture and art is, in essence, the culture and art of the people.” So is China once again closing its doors to the West? To go by Xi’s words, the answer is kind of, but not really—and once again, here’s the wiggle room: “Chinese art will further develop only when we make foreign things serve China, and bring Chinese and Western arts together via thorough understanding [emphasis added].”

What does this mean for weird buildings? Generally speaking, probably not much. At this point, weird is just as Chinese as it is foreign, and it remains in the eye of the beholder. “I think everything is fine,” revealed another of China’s leading High Weird architects. “Beijing officials told me my buildings don’t count as ‘weird,’ so all I need to do is tell other local officials that, and they’re OK.” At the same time, while Xi’s authoritarian instincts show shades of Mao, this is not Mao’s China anymore.

Despite often self-reinforced appearances, China is not nearly as monolithic as many people think. Decisions are made at all levels, for any number of reasons, and they often contradict edicts from above. As for anti-foreign sentiment, in a post-globalized world where Trump’s America wants to build a physical wall, Brexit has promised a political one, and China has erected a Great Firewall around its internet, nationalism and insularism are on the rise everywhere. And in China, they’ve proven to be as politically expedient and potent as anywhere else. Like everything in China, architecture is political, but it’s porously so. The fact that Chinese nationalism continues to be fanned by a narrative of historical grievance—China’s suffering of a “century of humiliation” at the hands of the foreign powers who semi-colonized parts of the country in the 19th and early 20th centuries—hasn’t stopped cities like Shanghai, Guangzhou, and Tianjin from celebrating buildings from that period as part of their architectural heritage, which they increasingly have done.

In the end, one should look past all the rhetoric. The biggest repercussions for weird buildings may simply be pragmatic ones. China has bigger problems than oddly shaped structures, which were probably never the main intended culprit, but rather stand-ins for something else. Indeed, earlier this year, China’s State Council finally gave clarity, somewhat vaguely, to Xi’s vagueness: From now on, it decreed, China would not build any more “bizarre architecture that is not economical, functional, aesthetically pleasing, or environmentally friendly.” Now try parsing that. 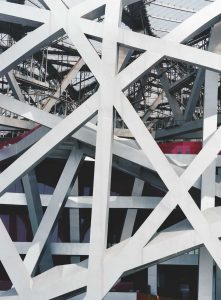 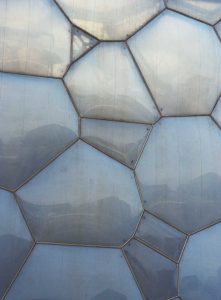 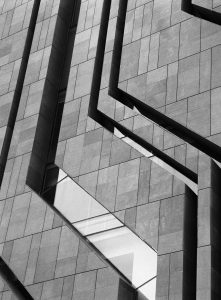 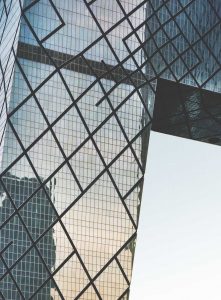