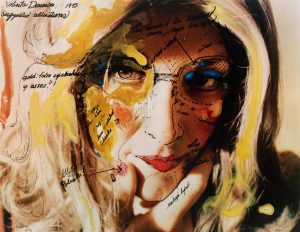 At the end of this month, The Museum of Modern Art, long considered the arbitor of contemporary photography, will release the first of a three volume publication on the museum’s extensive collection of photographic art. Art Editor Drew Sawyer chats with MoMA's Chief Curator of Photography, Quentin Bajac.

George Powell and Stacy Peralta examine five decades in skateboarding, the Bones Brigade, and the future of their legendary brand for Document's Fall/Winter 2015 issue.

Hailed by Variety as “a strikingly presented debut,” Carlo Lavagna’s Arianna is a visionary film about an intersex post-adolescent (played by the ravishing Ondina Quadri), who returns to her childhood home after many years. Through the course of a sensual and heat-drenched summer, Arianna is haunted by the intuition that she grew up as a young boy. Her painful inner journey will bring her to realize that her parents performed a sex-change surgery on her when she was three and never told her.

New York band Tempers just dropped their new Album “Services” with Berlin label Aufnahme + Wiedergabe. When I met with the band members Jasmine Golestaneh and Eddie Cooper in the private Jasmine Bar for an informal interview a stiff Bombay Government Punch was served. Listening to some tracks in the making we instantly decided to shoot a video together for their upcoming single “Undoing” which just premiered on Vice’s Noisey. Several punches later we tried to specify the musical genre that defines Tempers’ nuanced spectrum. We didn’t make it to the next question. 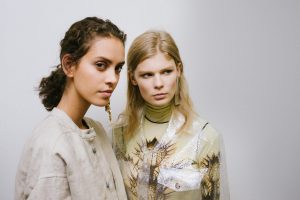 Raf Simons and the Flemish Masters

The Belgian artist shares a portfolio of works which explore the connection between morality and sensuality for Document's Fall/Winter 2015 issue.

October 3, 2015 5:57 am Published by Document Journal Leave your thoughts

A.P.C. has always shyed away from the flashy campaigns and stayed true to the brands nearly 30-year history of simplicity and utilitarianism. As such, the house commissioned Collier Schorr for their Fall/Winter 2015 campaign, featuring Vivien Solari.

The legendary designer shares his love for leading ladies.

The artist meditates on biased media, state-sanctioned torture, and government censorship in this Document exclusive portfolio from the Fall/Winter 2015 issue.