In continuation of his “Portrait of a Musician” series for Celine, Hedi Slimane has released a collection of photos of Jack White from December 2021.

The majority black-and-white photos feature the renowned musician wearing aviators and strumming his guitar, often gazing intently into the camera. Other shots give viewers a closer look at his glittering, blue electric guitar.

Slimane, who formerly worked as a creative director for both Yves Saint Laurent and Dior Homme, is best-known for his work documenting youth subcultures and music in photographic diaries. His ongoing series for Celine features artists, musicians, and models, including both culturally cemented and emerging icons like Joan Jett, Gus Dapperton, Oracle Sisters, and Leikeli47.

This isn’t the first time the pair have collaborated; Slimane has designed stagewear for a number of bands and musicians, including White. White, who made his name as the lead singer and guitarist of the White Stripes, is gearing up for the European leg of his solo tour. He recently released a single and music video ahead of his upcoming album ENTERING HEAVEN ALIVE, which will be out July 22. 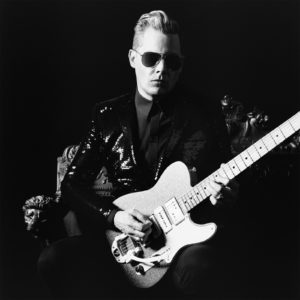 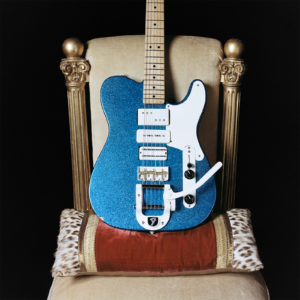