High contrast prints and dissonant tailoring featured in Francesco Risso's high-fashion twist on the macabre legend, ‘The Masque of the Red Death.’

It’s all a party, and it’s all falling apart. Drawing inspiration from Prince Prospero, the protagonist of Edgar Allan Poe’s The Masque of the Red Death, Marni’s Fall/Winter 2020 collection was a seductive, demented dance, choreographed by Michele Rizzo. The assemblage was primarily attuned to disjunct design, with informal fractures prominently featured.

With jackets uneven in length on their right and left sides, sharp breaks in patterns, and fraying ends, designer Francesco Risso opted for an aesthetic of fragmentation. Billowing bell bottoms are paired with disheveled button-ups, various items work in differing halves, and tattered trousers are buoyed by hefty belts. There’s disorienting outwear by way of bicolor cardigans and coats, and various items are peppered with full, halved, or quartered smiley faces or hearts, reflecting the joyous anarchy which imbues the collection. Outfits are as likely to be monochromatic as they are to confidently clash, tastefully made to appear worn by time well before you could try them on. In effect, discontinuity is the overarching narrative. 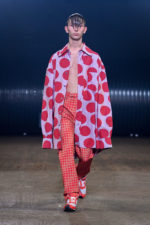 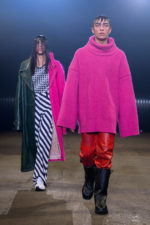 True to Poe’s original idea of partying through a plague, models swayed on an illuminated dancefloor, reveling in the chaos. Speaking to WWD, Risso said, “They are a collective in this never-ending party moving with a multiform uniform, expressing the persistence of time and the beauty of remaining and leftovers. It’s just the reaching of the eternal love through the body language.” 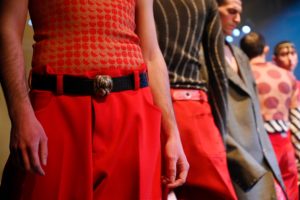 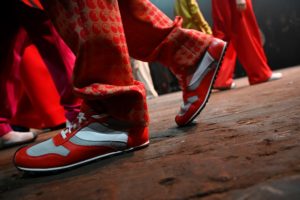 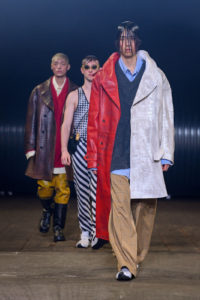 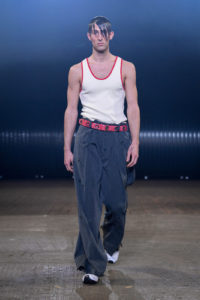 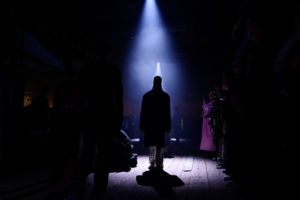 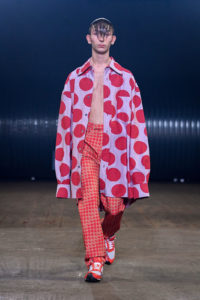 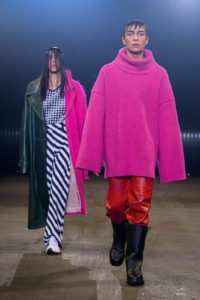 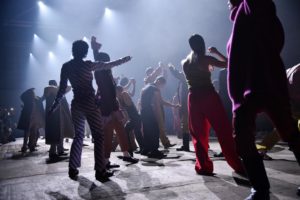