If the Reverend Sister from Frank Herbert’s ‘Dune’ wore streetwear, it would be the designer's cocoon hoodie.

Marine Serre’s imagined future is just like that in Dune, Frank Herbert’s 1965 science fiction novel and Denis Villeneuve’s upcoming film. Humans have evolved and live in an interplanetary universe where they can travel between worlds; their knowledge has expanded, and they consume the Dune “Melange”—also known as “the spice”—that lengthens the life span, amps up health, and enhances the mind. The difference is that in Serre’s version of things, Melange is not just a drug, but alludes to the French meaning of the word, which is “mix.” Creativity stems from the “mix” of information in your mind.

Serre’s Fall/Winter 2020 collection was certainly a “mélange” of looks and references that were old, new, and futuristic. The high-fashion face mask—which Serre has presented before, and showed this time encrusted in sparkly black rhinestones with a Lizard-print look, as well as in a houndstooth version that was shown with a matching double-breasted blazer—took on a new meaning with Coronavirus looming over the heads of the fashion world since an outbreak occurred in Italy. “You always need it,” said Serre, who confessed that she wears a face mask when biking. “That is for the Coronavirus, or for the pollution when you bike in Paris. Nothing changed.” Serre’s penchant for upcycling was highlighted in outerwear made from a leather and a variety of fake-fur bed covers, as well as in a patchwork djellaba-like dress. “It was made with tablecloths that are embroidered and cushion covers,” she said. There were also cocoon-like hoods, which Serre called the “Reverend Sister hoodie” after the Dune character, that got a streetwear riff. “I wanted to rework it in more of a street way,” said Serre about the hoods, which she considers one of her signature items. “You can push it down, pull it up, and I really like this shape.”

The show ended with a string a ruffled, fiery fuschia dresses made from a mix of upcycled fabrics, that signaled a flower blooming, hope, and new beginning. A metaphor for, despite all the upheaval in the world with Trump, Brexit, and the planet in disarray, the promise that there is still a future for which the youth are fighting. “It is important not to fear and to be real with what is happening,” said Serre. “We have just one life, so better to do it good.” The world may be headed toward a dark future, but with this collection, Serre proved that hers is bright. 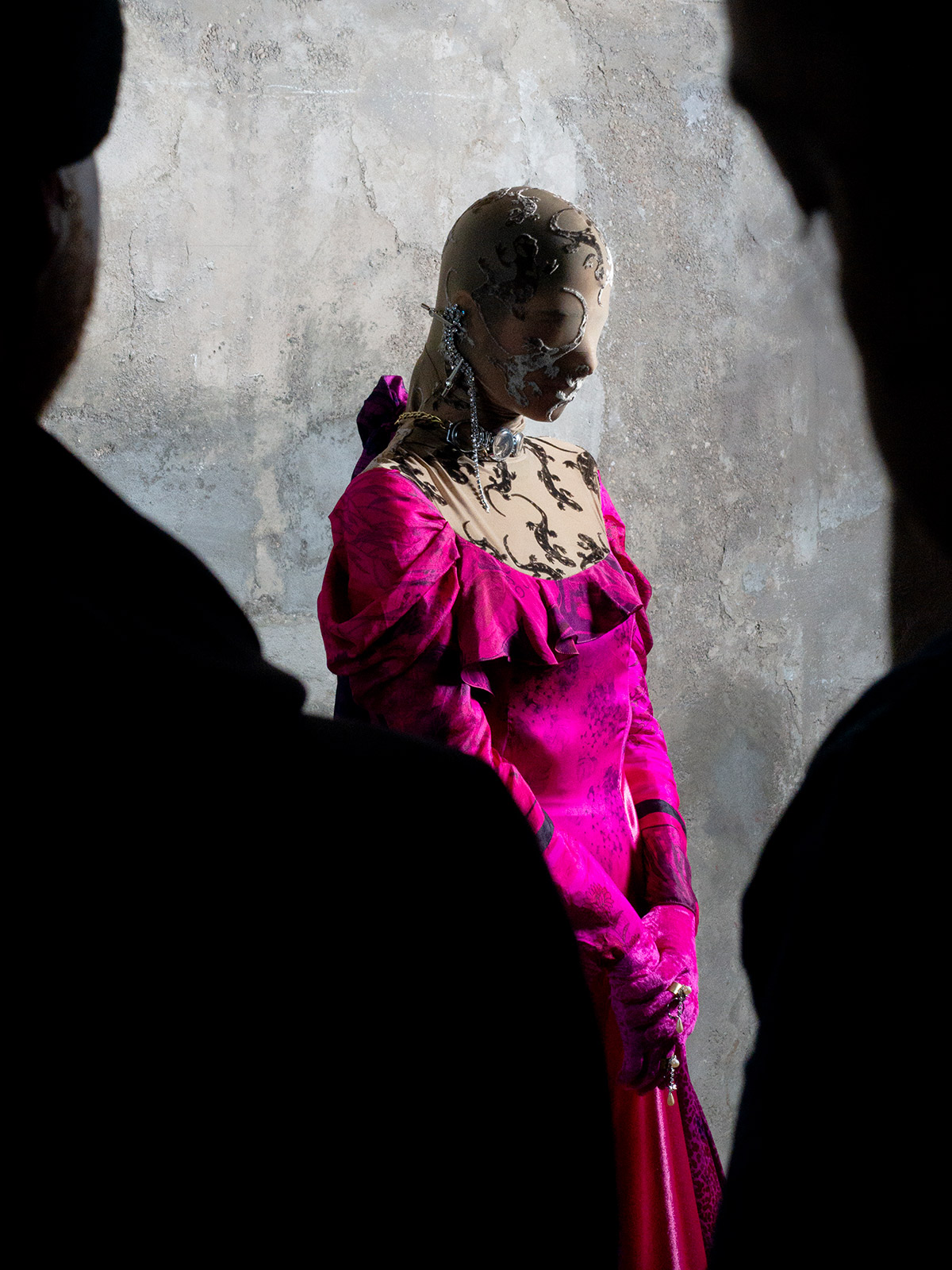 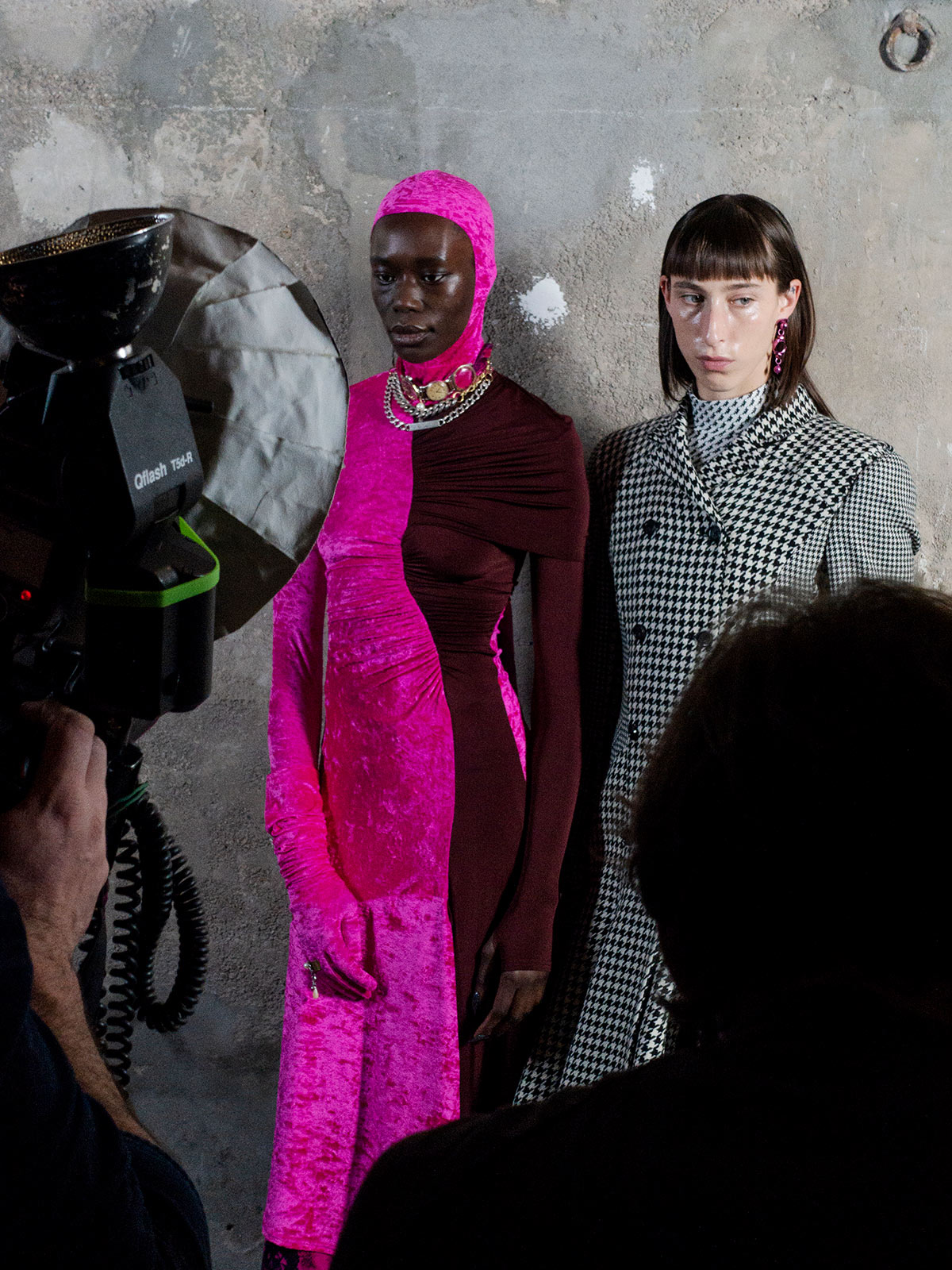 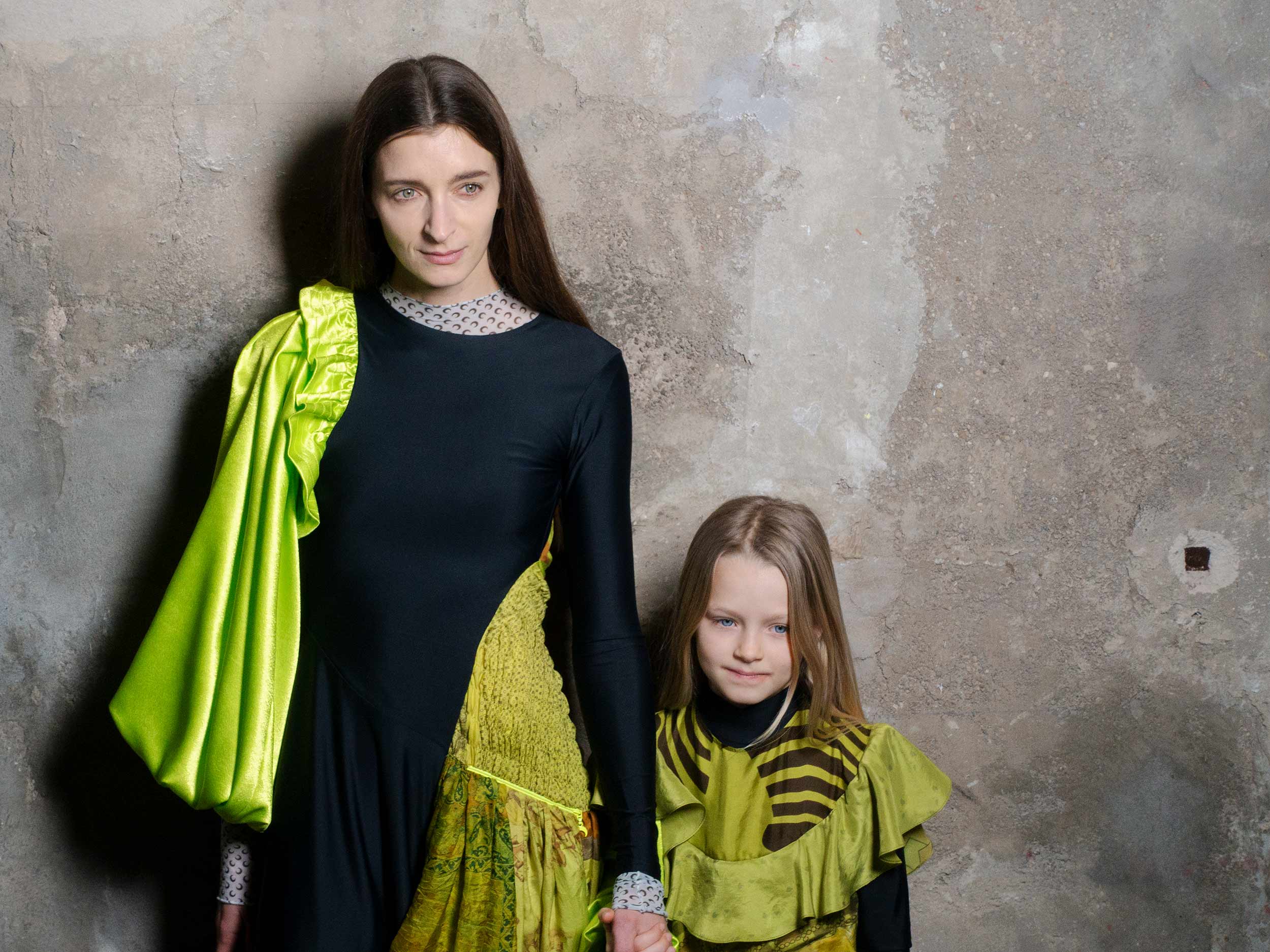 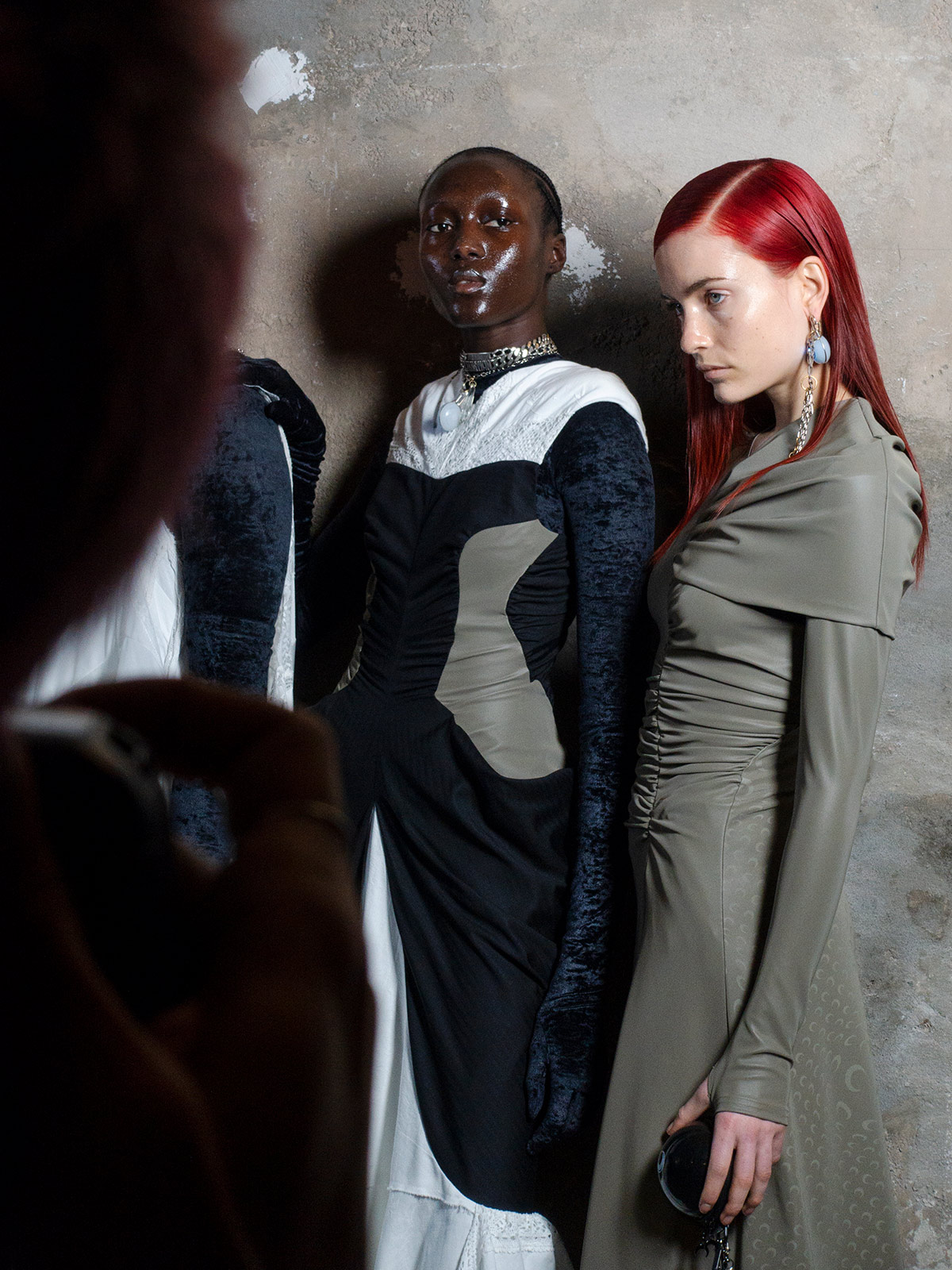 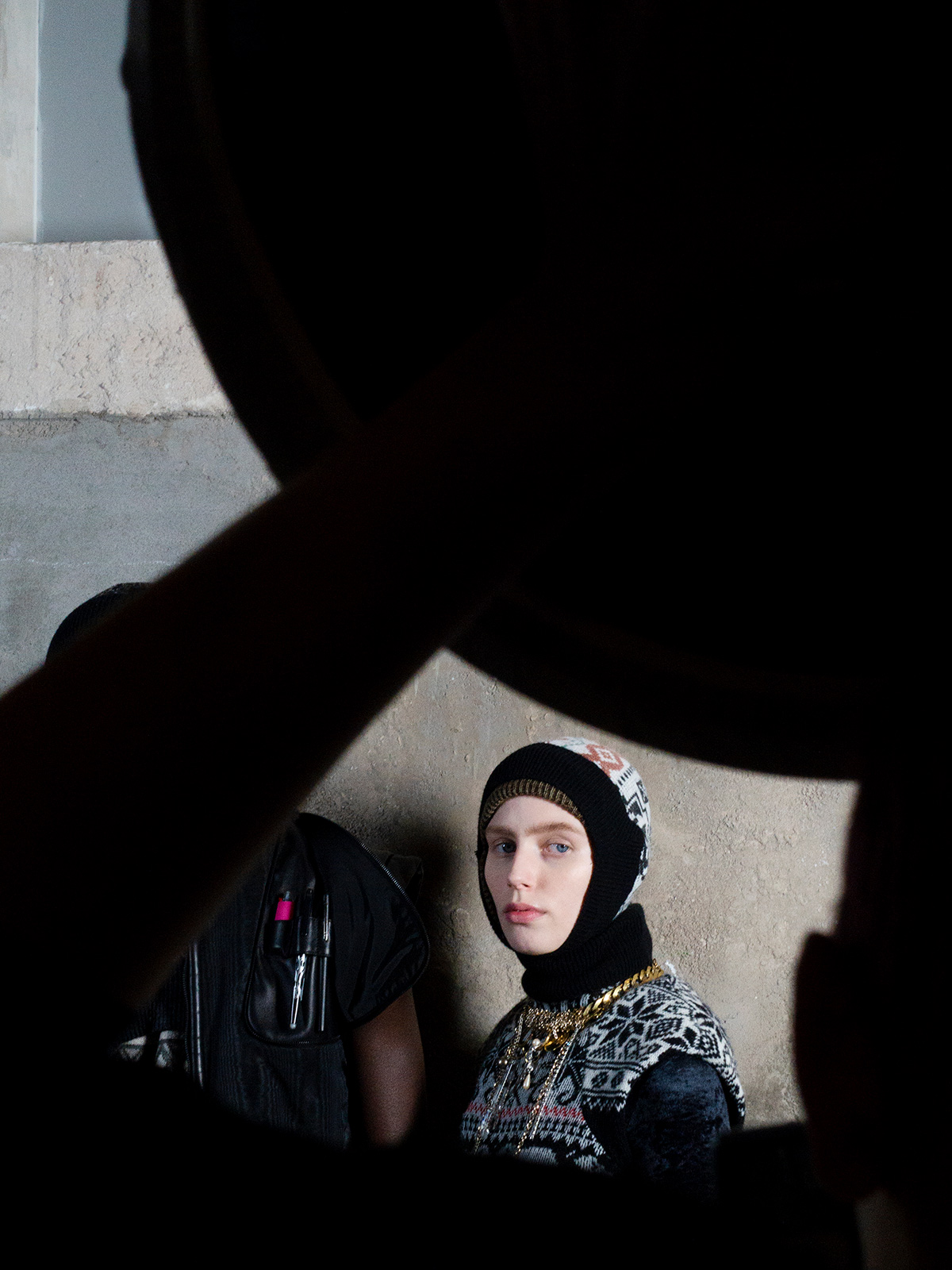 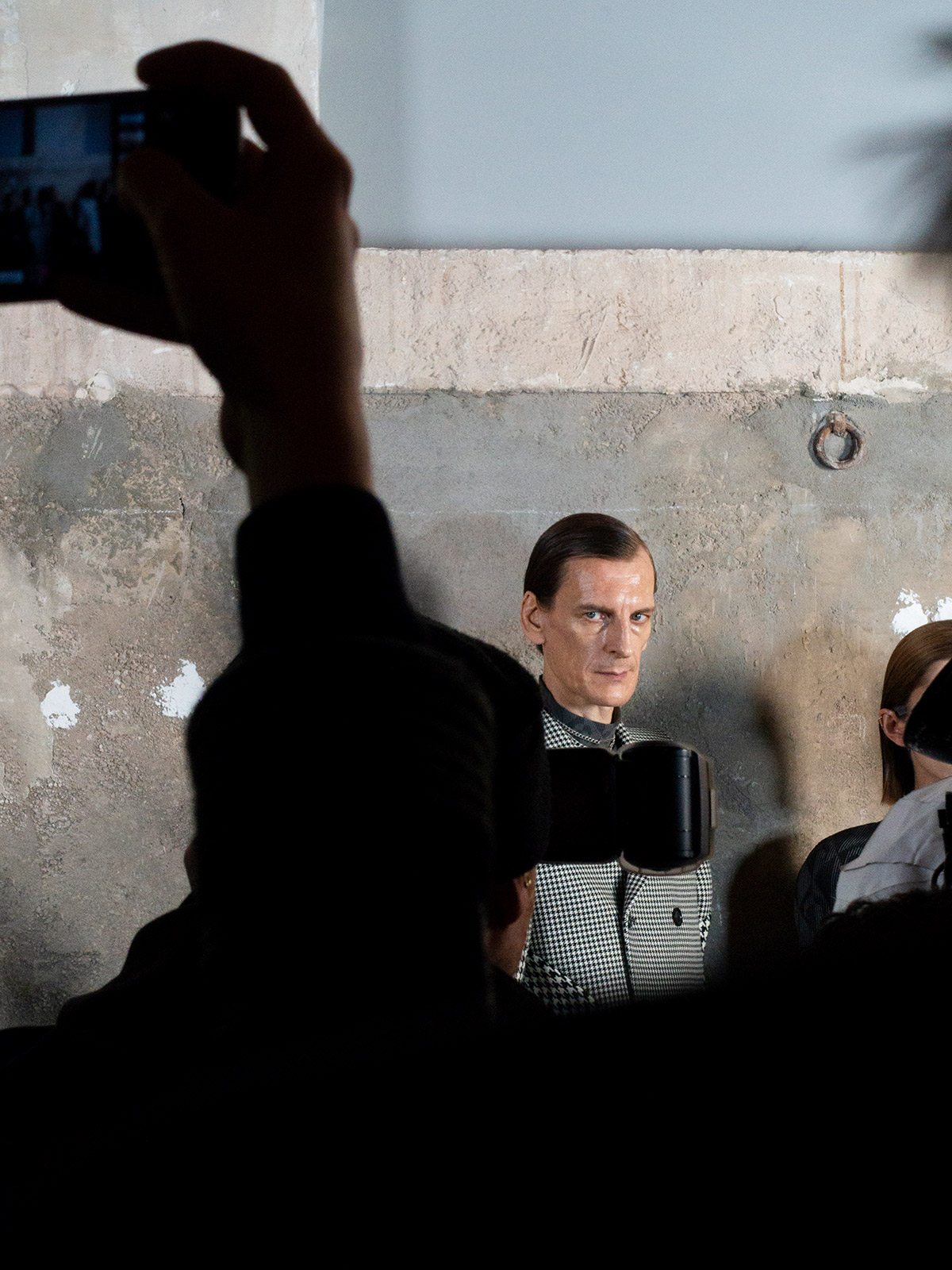 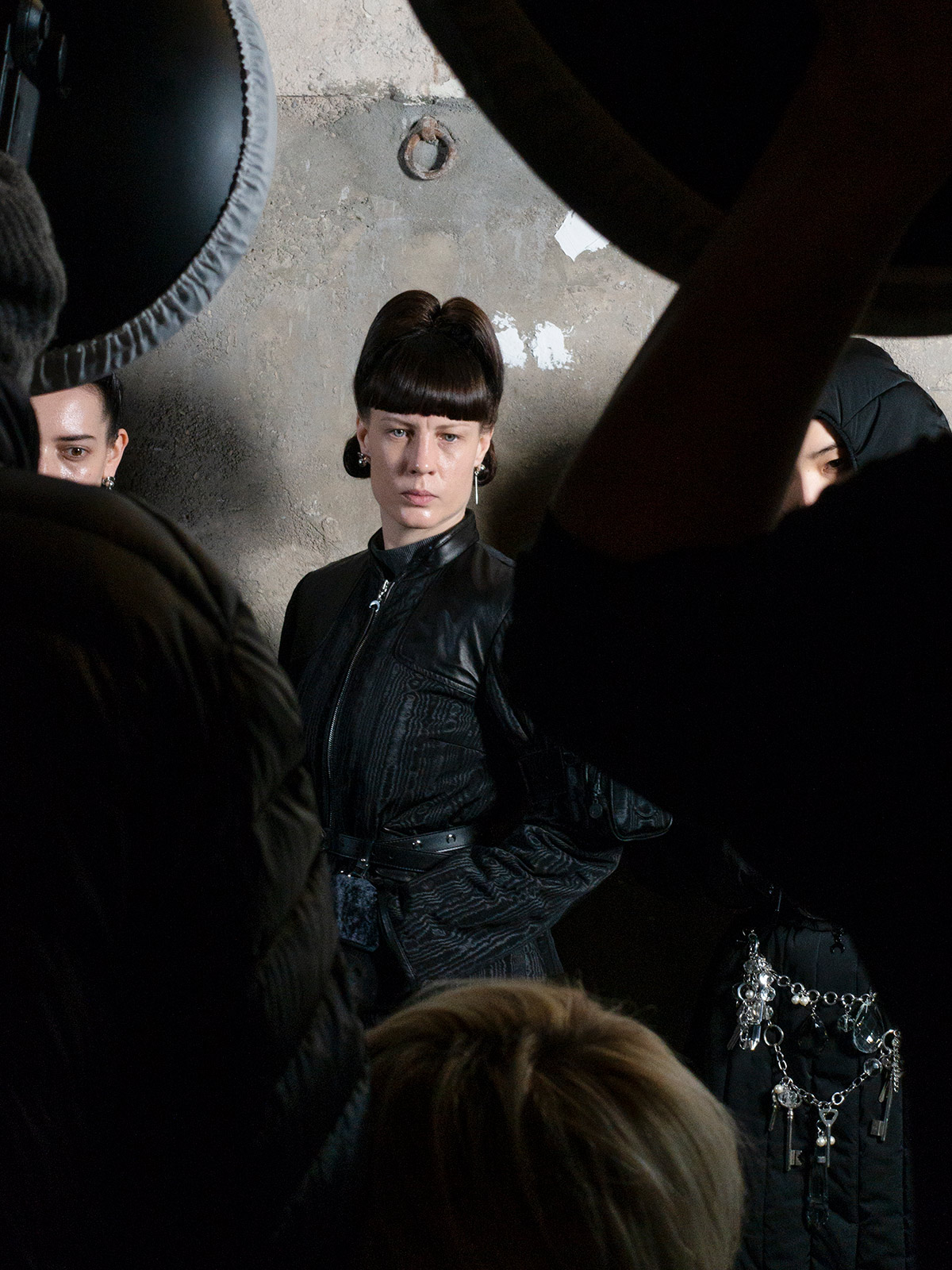 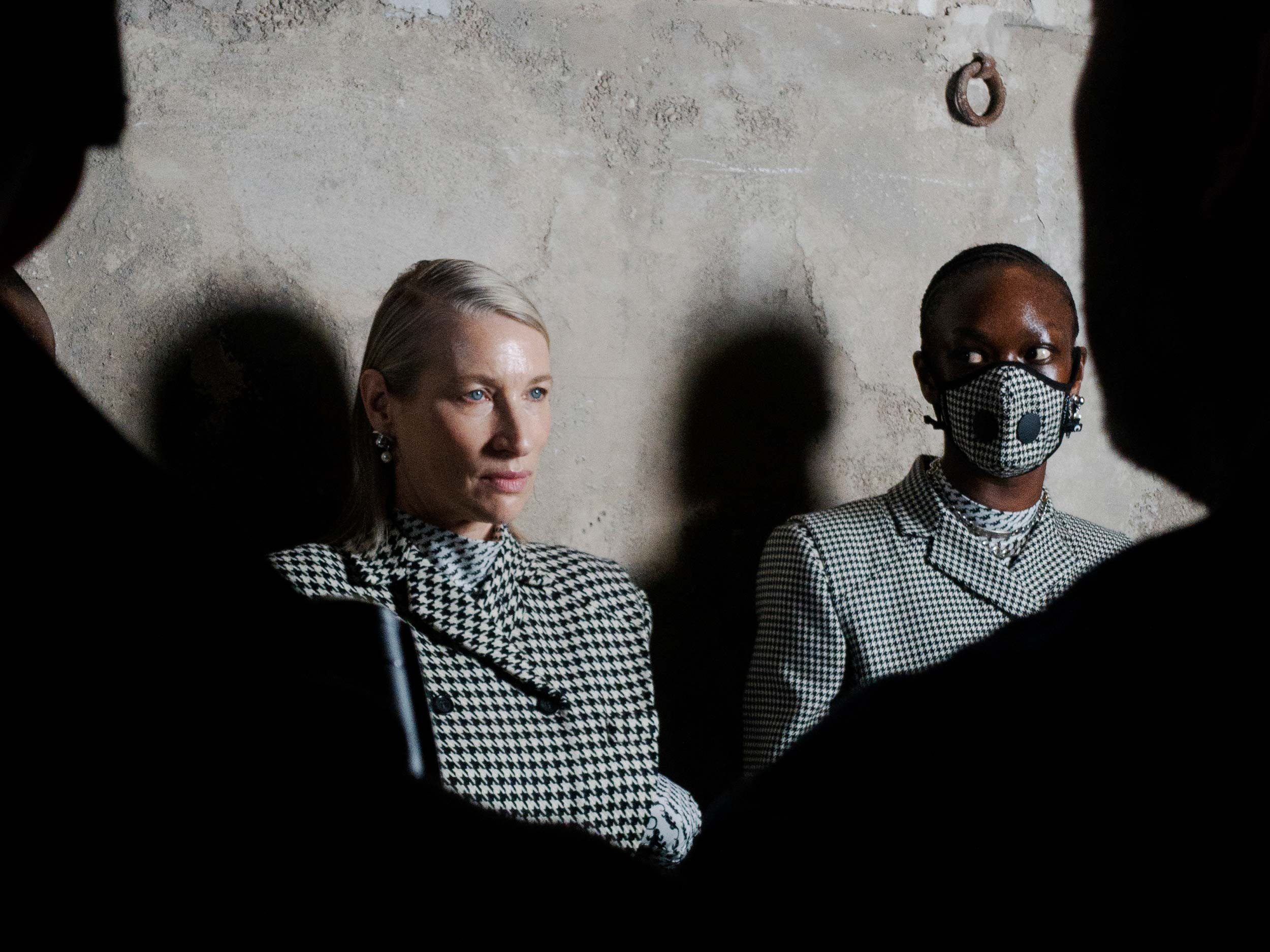 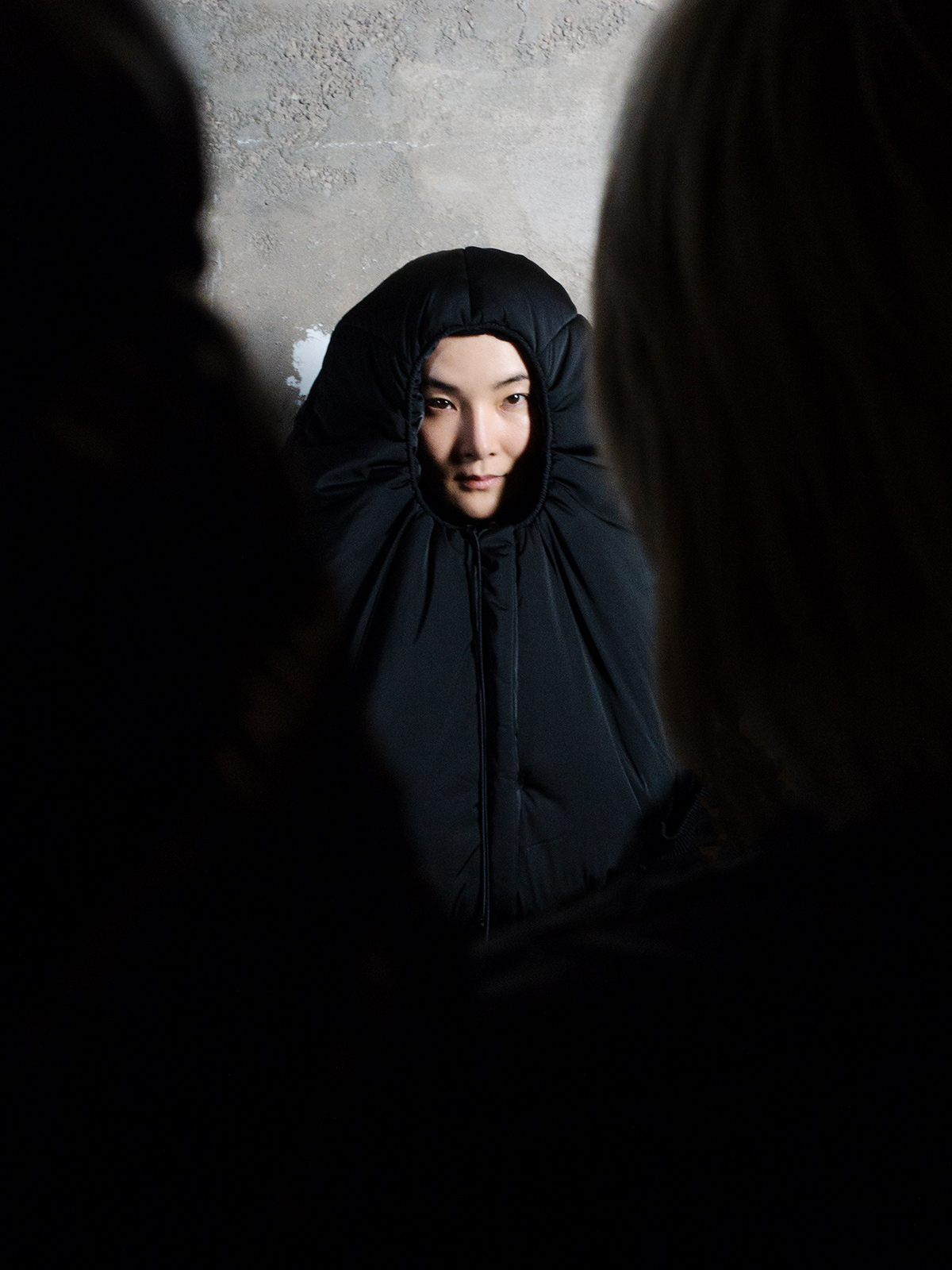 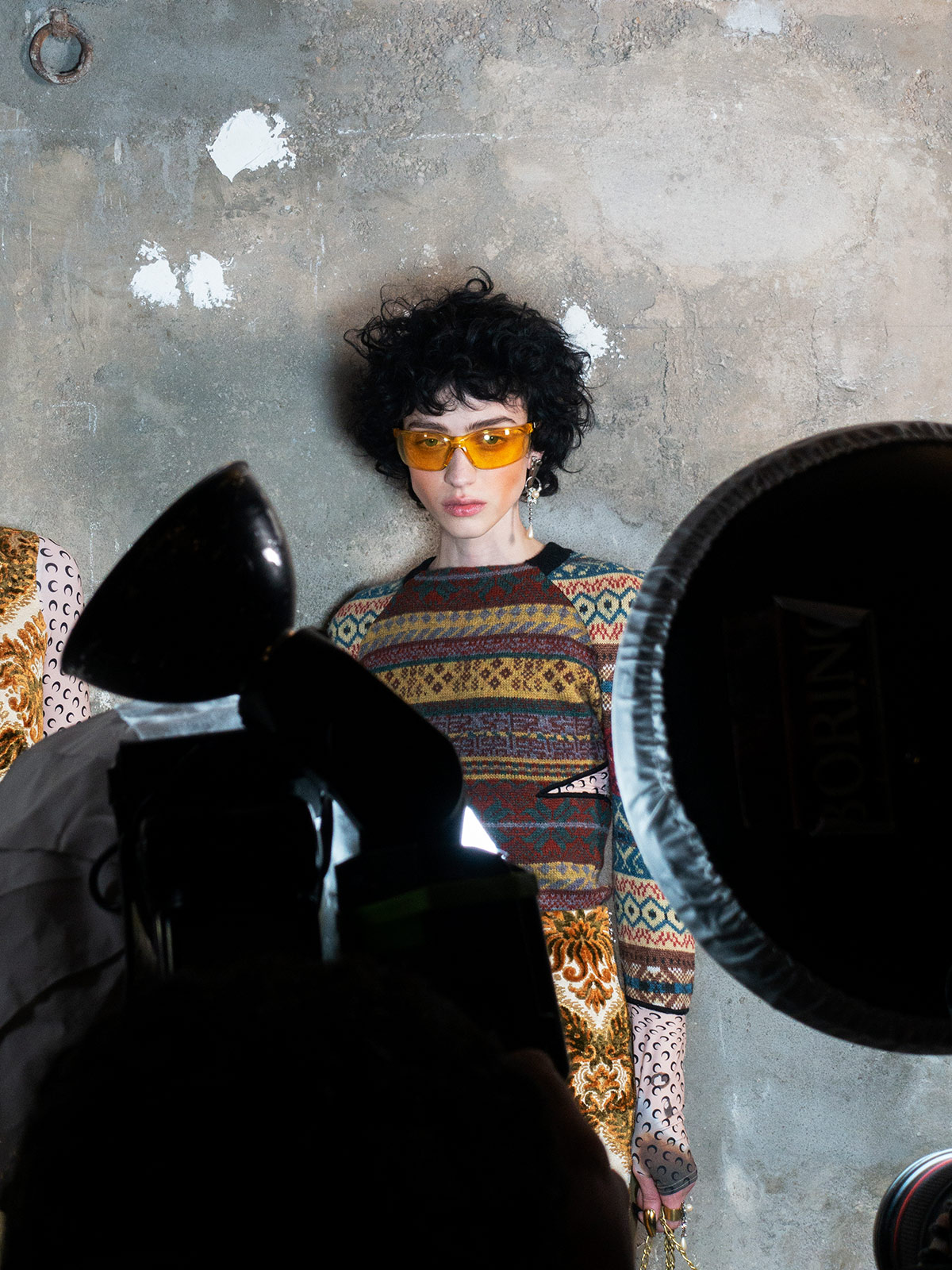 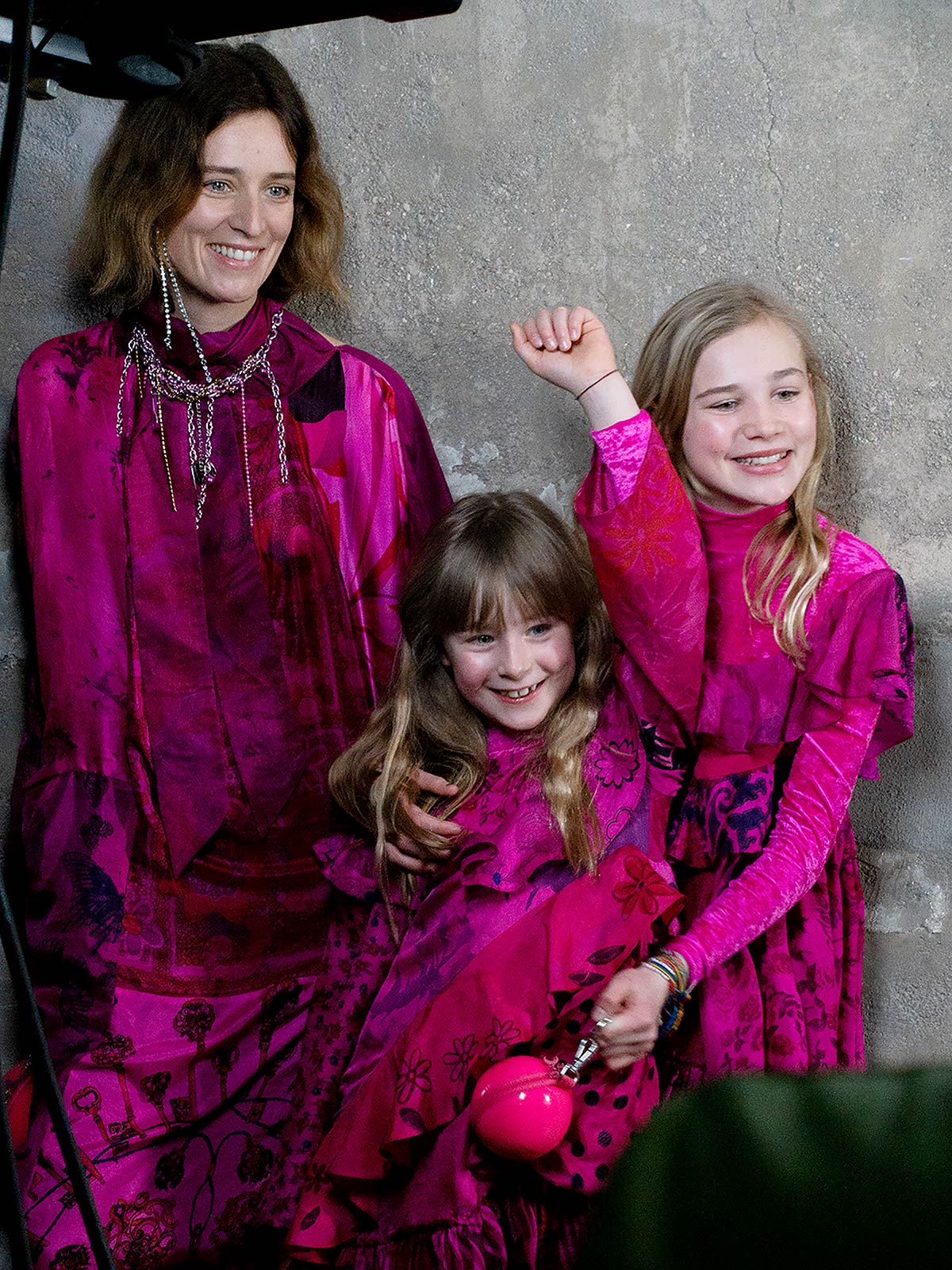