It has been a year and a half since Nina Ricci appointed Dutch designers Lisi Herrebrugh and Rushemy Botter as its creative directors. Although the designers have embraced the distinct Parisianess of the house, for Fall/Winter 2020, they sought to harmoniously integrate their Dutch roots. What better way to accomplish this than by following the model set by Dutch-French painter Kees van Dongen? A leading member of the early 20th century Fauvist movement, van Dongen portrayed city nightlife and the glamorous women who inhabit it through a vivid color palette and exaggerated figuration.

Accordingly, Herrebrugh and Botter’s collection harkened back to the glamorous femininity of classic Nina Ricci through an updated sensibility that, too, played with proportion. Parachute-style garments, voluminous hats, lace ruffle details, and rich draped fabric evoked a bygone era of romanticism. The abundance of tailoring—via cropped blazers, ankle-length peacoats, and wide-legged trousers—pushed the collection into modernity. All the while, the color palette reflected the entirety of van Dongen’s oeuvre, from blended neutrals to highly saturated, off-kilter primaries. In effect, the ensembles beckoned to be worn out and about and throughout city quarters—whether in the streets of Paris or Amsterdam. 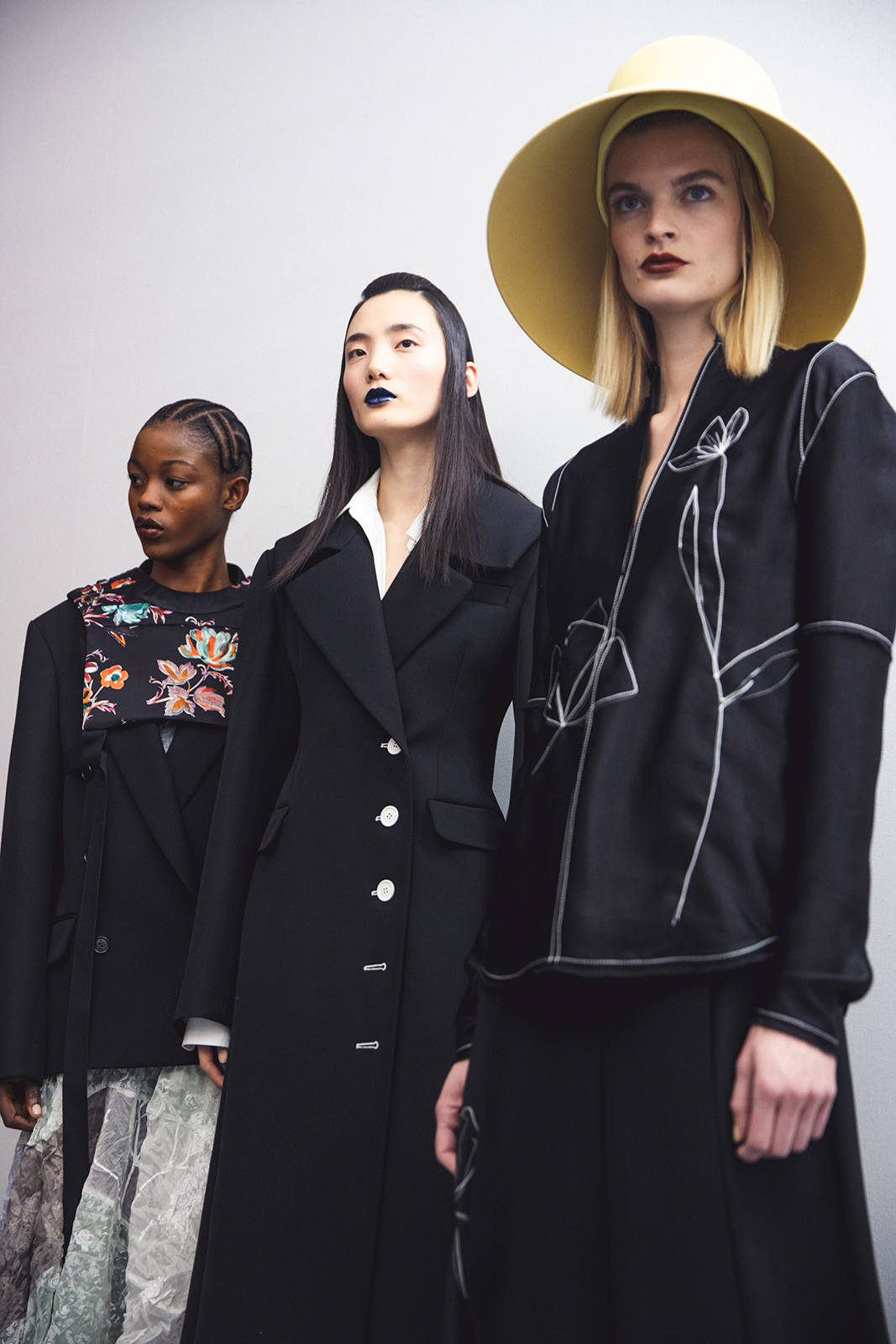 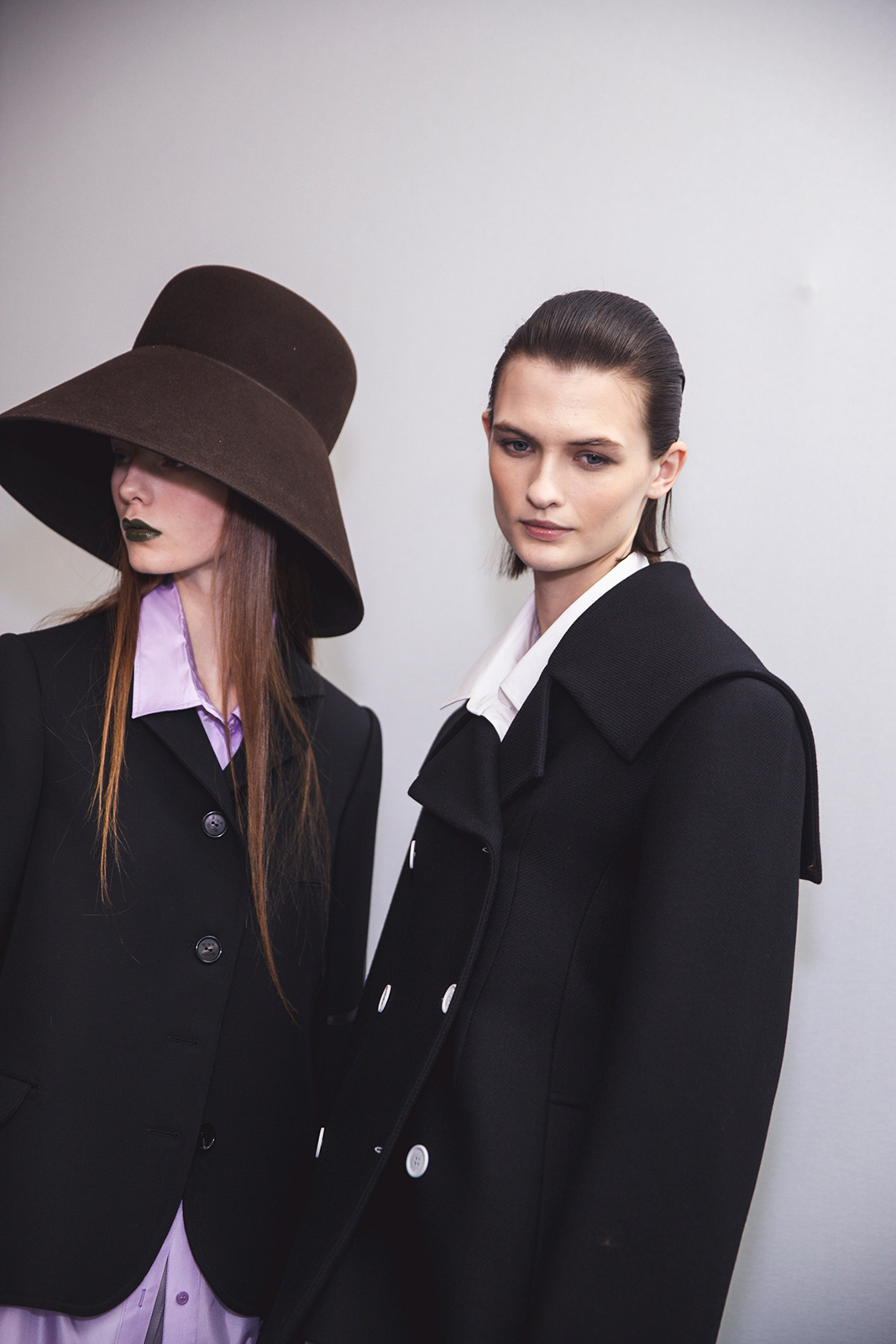 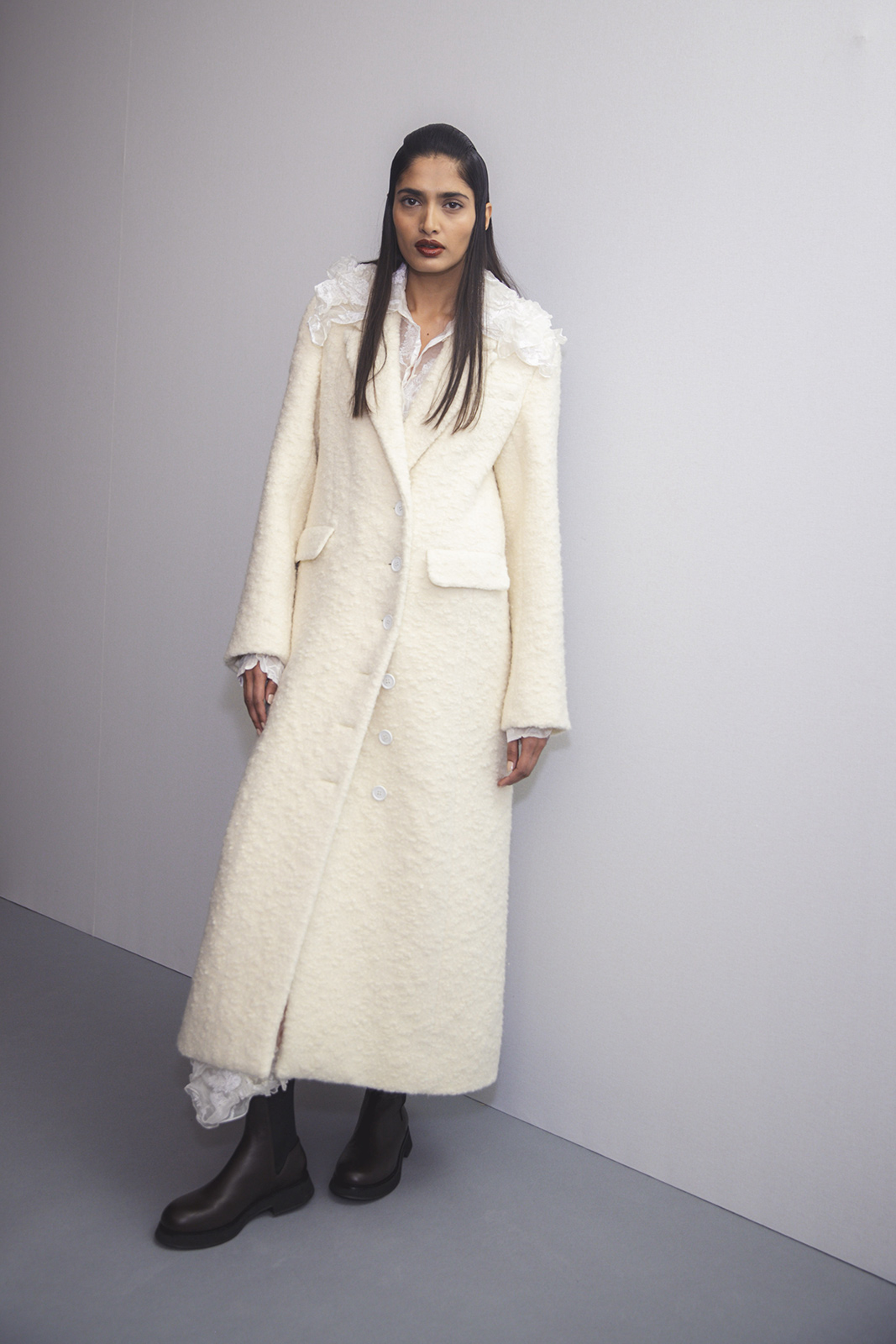 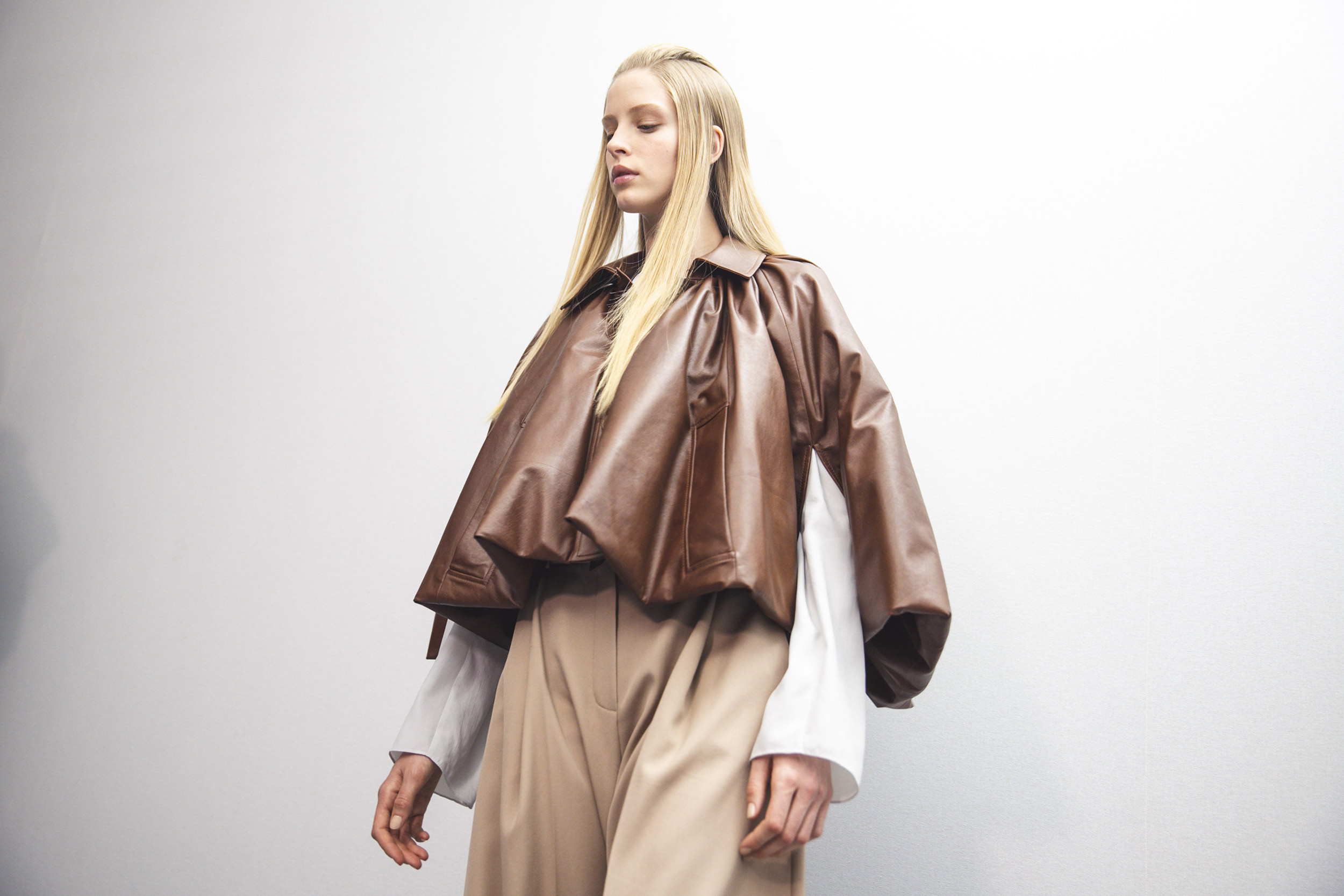 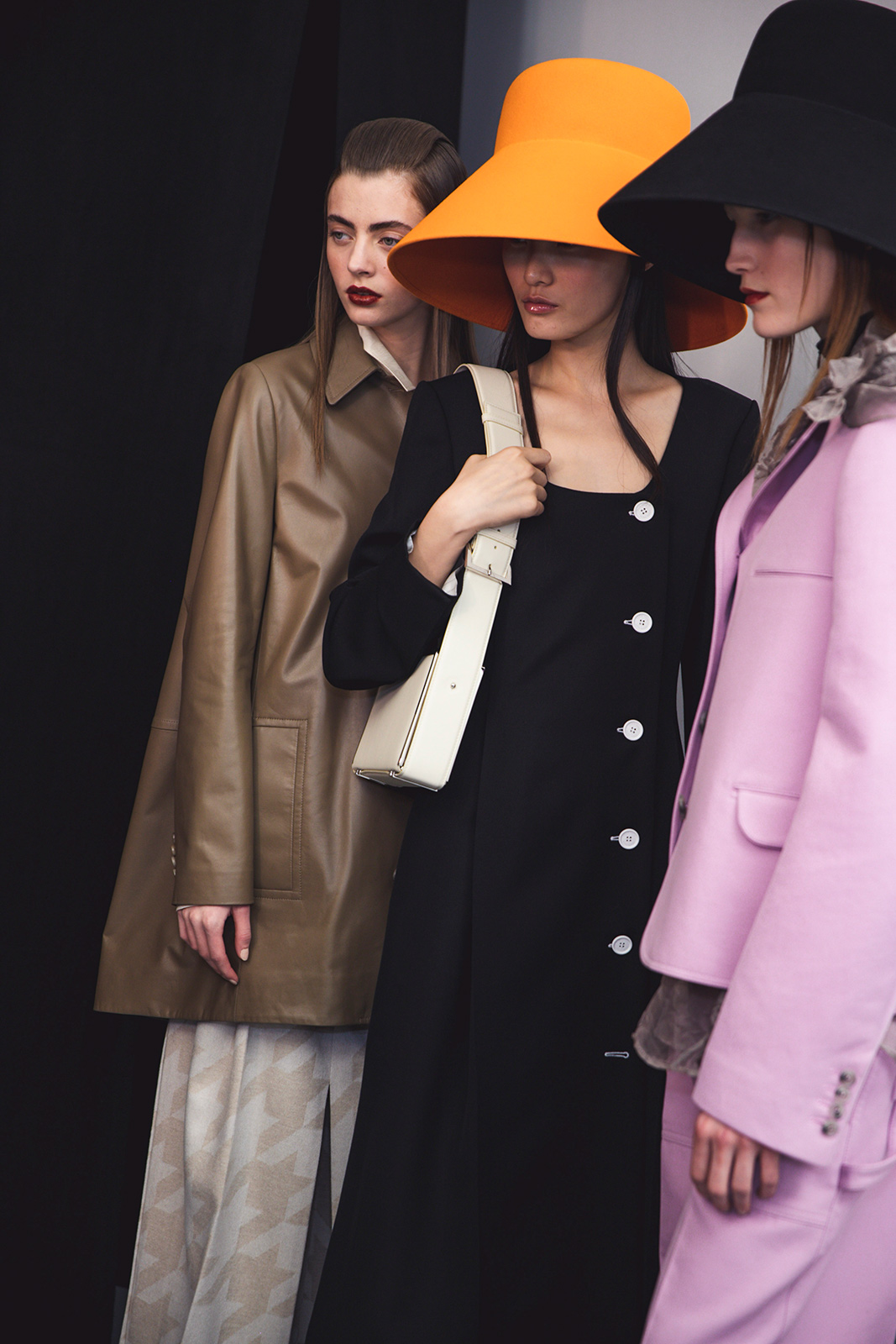 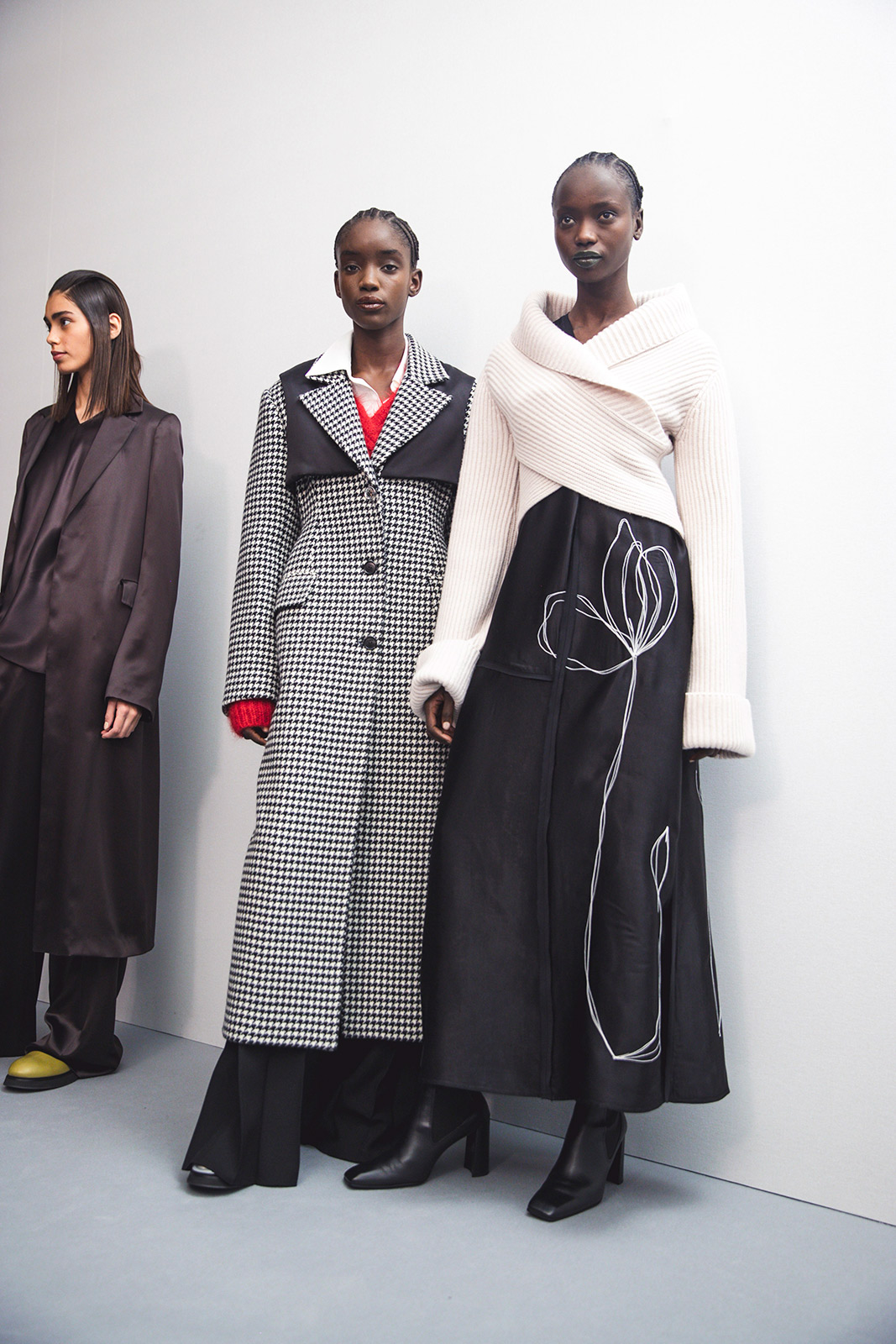 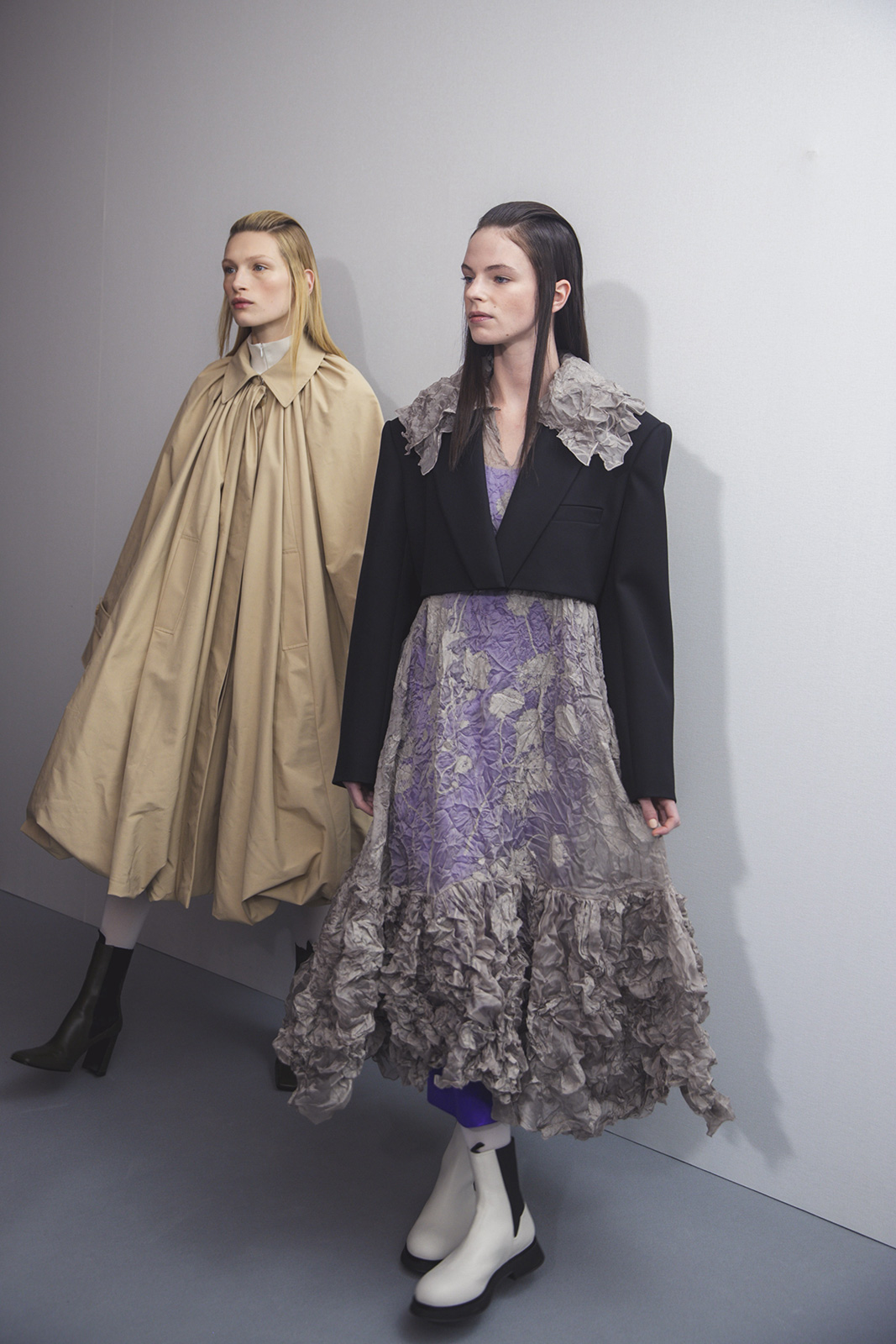 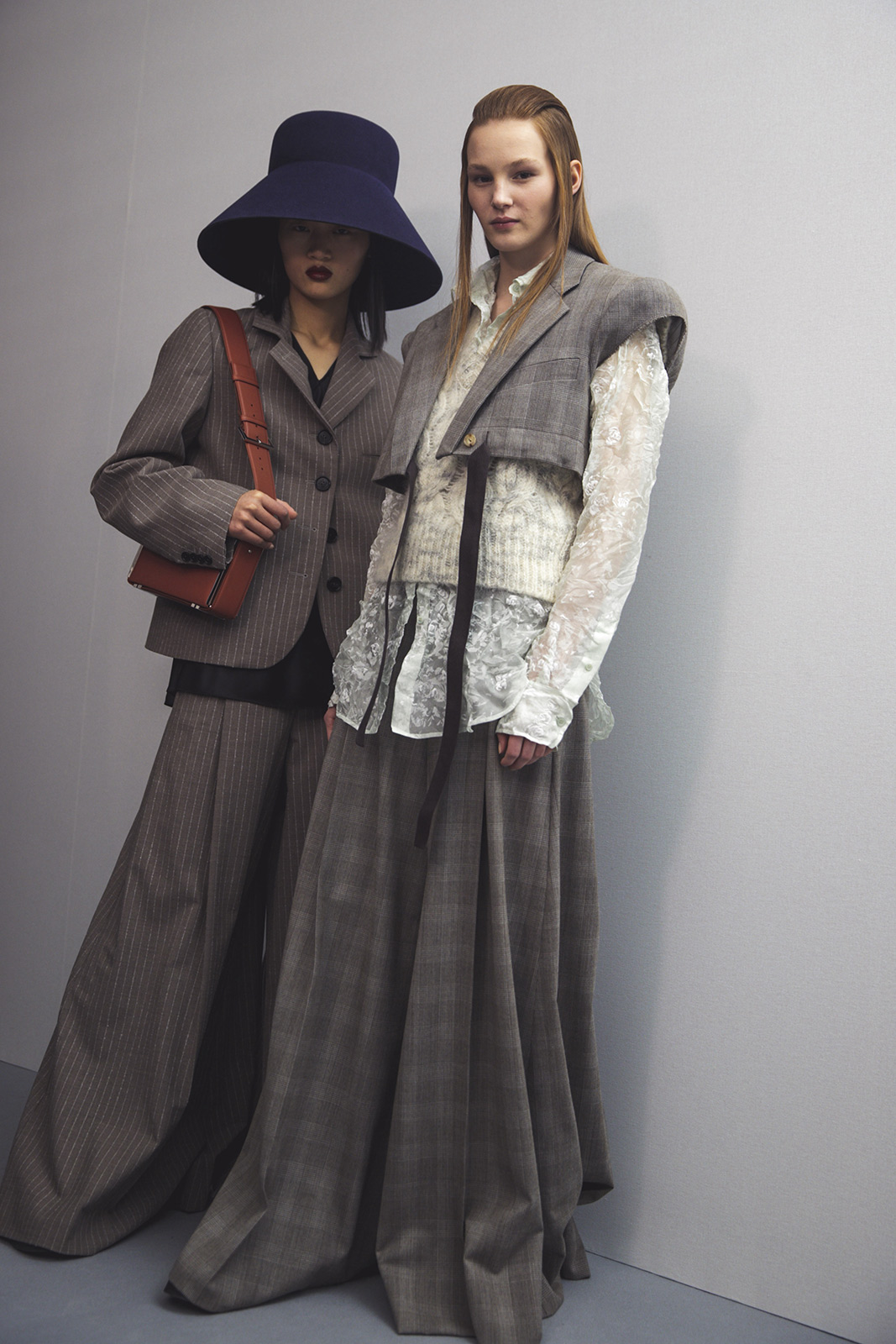 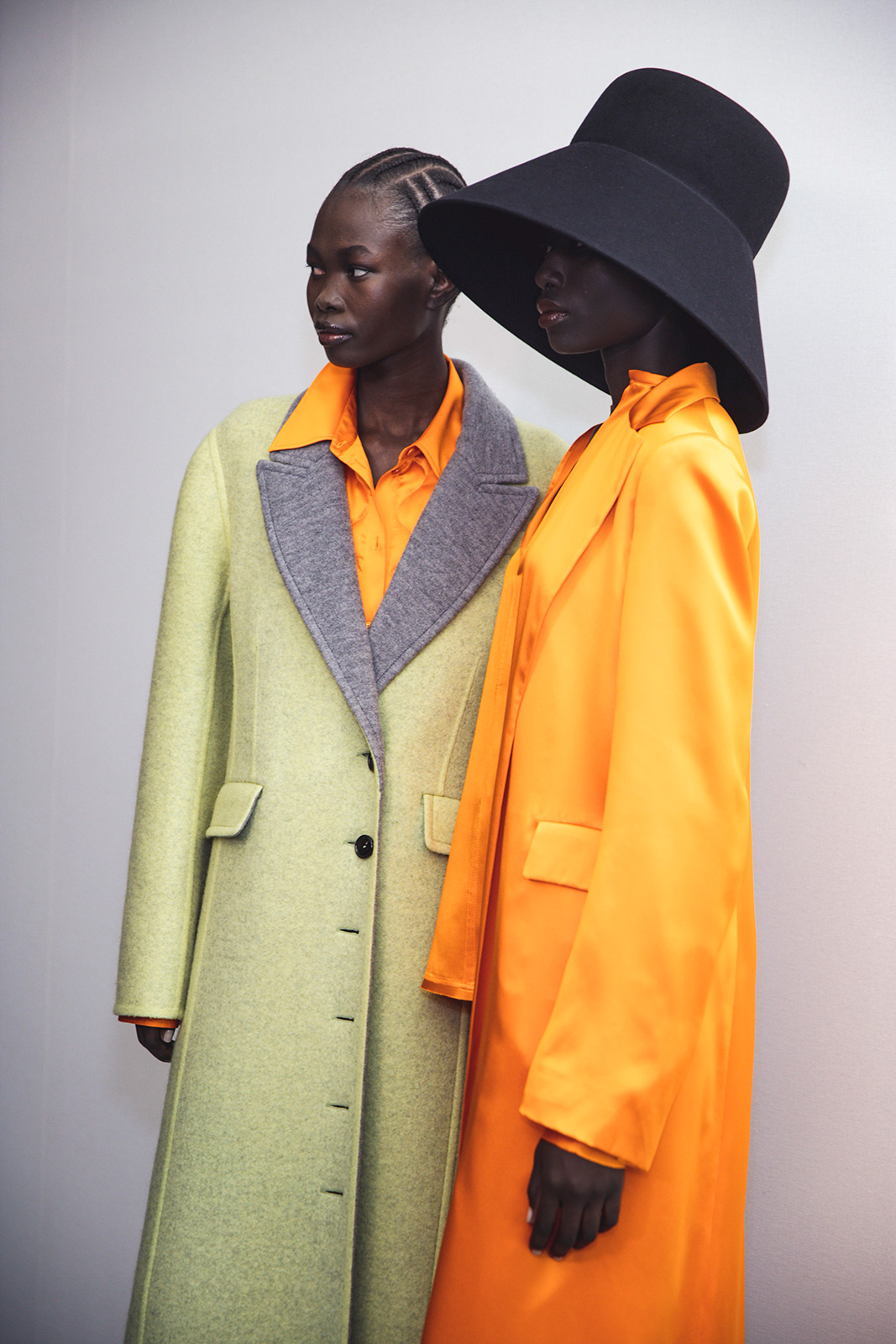