Photojournalist Tahia Farhin Haque, 21, and thousands of her peers have hit headlines across the globe for standing up to the plights of dangerous driving that’s causing residents of Dhaka to lose their lives at a daily rate. As Document’s New Vanguard Special Reportage winner, she gives us her account of life inside Bangladesh’s brutal protests.

Nearly two weeks ago, two children aged 17 and 18, were killed in a traffic accident in the capital city of Bangladesh. As a pair of buses in Dhaka raced each other to pick up passengers, they hit the students, both of whom died on the spot. Since then the city has been faced with a wave of student protests, clashing with both police and pro-government groups. Haque says what started as a peaceful movement has quickly turned into violence. “They’ve fired rubber bullets and tear gas at us from within the confines of my university,” she says. 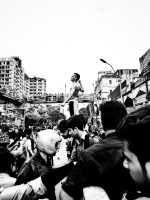 Photographed in Dhaka on August 2nd, the last day of peaceful protests.

It all began on July 29, just after the initial fatalities, when students from across private and public universities took a stand, by congregating where the crash took place in an act of defiance. Now, eleven days on, what began as an on the spot demonstration has erupted into nearly a fortnight of chaos. With thousands of pupils and students battling members of the pro-government Bangladesh Chhatra League (BLC).  “It’s like a bloodbath here,” says Haque, “I saw them beat children with sticks, and throw stones”

In the city that is home to over 18 million people, the student wing of the pro government factions has a history of violence. Previous incidents have detailed gangs of men armed with machetes and sticks, something Haque confirms is happening today. On day seven of the protests, she describes how the level of violence is apparent through the officer’s uniform; shirts once crisp and white,  are now covered in blood, she says.  “I’ve seen them attack children with machetes, cutting their skin,” Haque relayed.

Photographed in Dhaka on the 4th of August.

She says the BLC are going to extraordinary lengths to curtail any further backlash from students: “They handed out chocolates to protestors to try and encourage them to go back to lessons.”

Vice-chancellors of several private universities have asked the government to grant an amnesty for students detained in conjunction with the protests, but Education Minister Nurul Islam Nahid said they were provoking violence and wanted “justice to take its own course.”

Three days ago the ICT and Telecom Minister Mustafa Jabbar suggested the country block Facebook, but Haque says sharing information and the ability to network are already being suppressed: “Facebook posts of mine are not being seen by my friends, and the 3G and 4G networks are down.”

The traffic incident that caused two to lose their lives and spark unsettlement throughout the young population wasn’t an anomaly. Everyday across the county, an average of 64 people are killed by unruly traffic and a recent passenger survey revealed that 87 percent of buses and minibusses routinely break traffic laws. Driving recklessly, they’ve turned walking the capital’s streets into a dangerous plight — and now it’s quickly reaching boiling point. 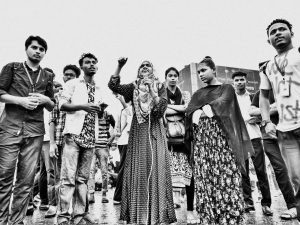 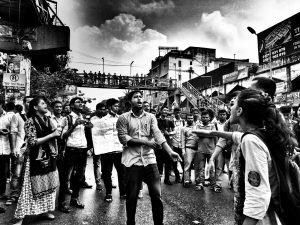 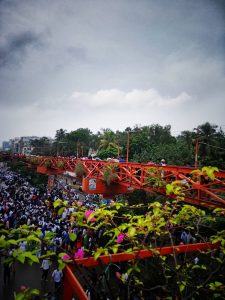 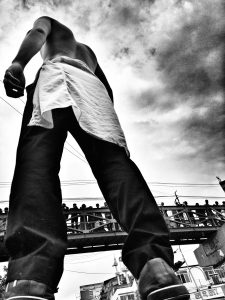 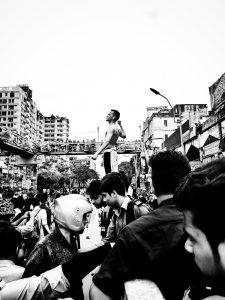 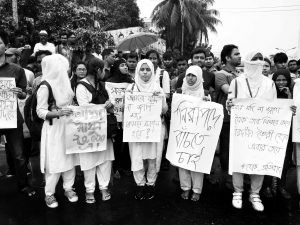 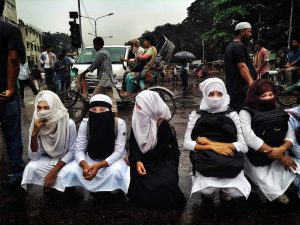 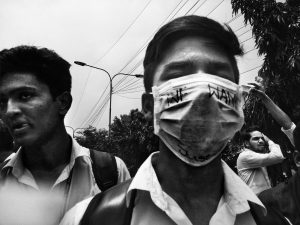 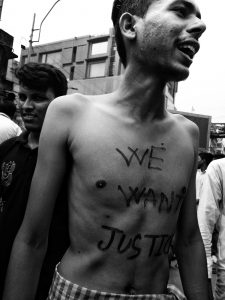 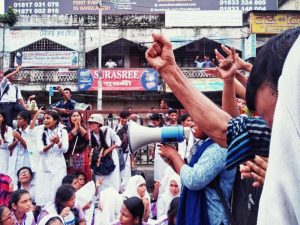