An exhibition exploring the many artistic stages of Joris-Karl Huysmans, as seen by Italian artist Francesco Vezzoli for Document Fall/Winter 2019.

In the late 19th century, French writer Charles Marie-Georges Huysmans, more commonly known by his penname Joris-Karl Huysmans, broke boundaries with his novel À rebours (Against Nature) and was considered a pioneer in the Decadent literary movement. Huysmans was also a prolific art critic and supporter of Impressionism, with writing that appeared in publications like L’Art moderne and Certains. The Musée d’Orsay in Paris will showcase the many epochs of the writer’s life, as seen through the eye of Italian artist Francesco Vezzoli from November 26, 2019 to March 1, 2020.

The first section of Joris-Karl Huysmans Art Critic. From Degas to Grünewald, in the Eye of Francesco Vezzoli will present works from the museum’s collection by artists championed by Huysmans in his criticism. Paintings by Manet, Degas, Caillebotte, Monet, and Pissarro will hang against the walls of a white cube. With this installation, Vezzoli highlights Huysmans’s attack on the canon of the salons and his contribution to the vanguard of modern painting.

Original manuscripts by Huysmans will be displayed in the first two sections of the exhibition. In the second section, a series of lesser-known works, along with photographs of Italian writer Gabriele D’Annunzio’s lovers embroidered with Vezzoli’s signature tears, will hang against wallpaper representing the interior of D’Annunzio’s house on the shore of Lake Garda. The sepia photographs used for the wallpaper will exhibit the antiquated clutter of D’Annunzio’s rooms, which included gilt-framed facsimiles of paintings from the great European museums. 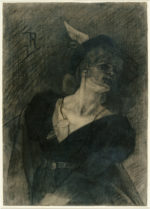 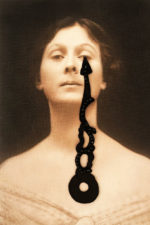 In the center of the space, a model of the tortoise from À rebours (Against Nature) will point the visitor toward the third section. In the novel, Huysmans’s character Jean des Esseintes, a miserable and superficial aesthete, buys a tortoise to place it on a patterned carpet as a moving target that guides the eye. Dissatisfied with the effect of the dark shell, he has it gilded and covered with precious stones, beneath which the tortoise cannot survive. As 19th-century dandies walked tortoises through the streets of Paris in order to accentuate their distance from the bustle of commercial life, the aesthete’s tortoise fuses time at its center.

Beyond the tortoise, named Vanitas by Vezzoli, the exhibition’s third section is explicitly given over to Huysmans’s conversion to Catholicism, marked by three replicas of the crucifixion. Vezzoli hangs his own in the last room with a reproduction of Matthias Grünewald’s Isenheim Altarpiece in which the side panels, rather than exposing the variegated colors of Christ’s ascension when open, repeat only the somber, tortured image of the crucifixion, greeting the viewer like a centerfold. 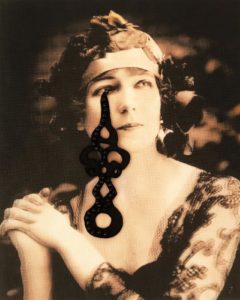 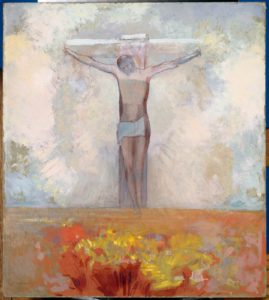 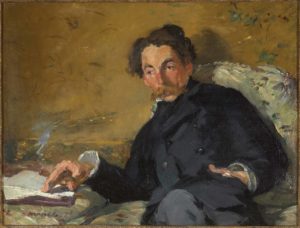 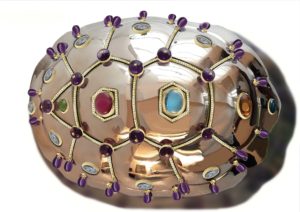 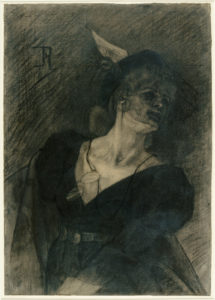 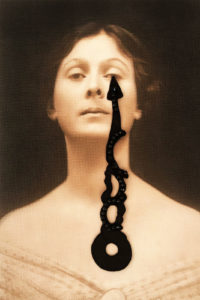