The artist tells a visual story of kinship between humans and hardware with multi-sensory collages for Document's Fall/Winter 2019 issue.

Haegue Yang is renowned for her multisensory, large-scale installations expressed as grammars of impossible belonging. Yang’s work has explored the tensions between aesthetics and history and their unresolved ambiguities and contradictions, while asking complex questions about inhabiting the present and the political. History’s eerie presence in Yang’s narratives, represented as sound, motion, or speech, disrupts viewers’ perception of the domestic, here understood as the articulation of personal memory and global politics.

Yang’s work frequently returns to the voice and the aural in an effort framed by historic failures and power struggles. In Series of Vulnerable Arrangements—Shadowless Voice over Three (2008), the artist invited visitors to observe how their voices affected a large-scale installation by producing a singular choreography of light. More recently, the artist used speech synthesis software to render different artificial productions of human language. For Yang, voice is less commonly associated with speaking, and rather viewed as a form of “aural writing” and a way of uncovering the traces left by displacement. 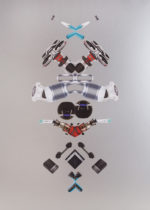 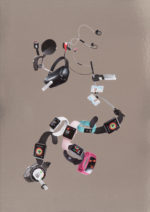 Yang, currently based in Berlin and Seoul, began Hardware Store Collages (1994–present) as a way of countering her linguistic isolation when she first moved to Germany. The work forms a continued lexicon from which Yang recounts pre-linguistic narratives of humanness. These clippings from hardware store catalogs and electronics brochures have evolved to relate a story of kinship among humans, hardware, and quotidian electronic components.

Abstracted from their functionality, these assemblages allow us to perceive the objects’ agency and multilayered intelligence for rendering the world, a close manifestation of extrasensory perception, as Yang has provocatively noted in her titles.

Tracing the objects’ own migrations, their transformation from mineral to data and from tool to technology, Yang imagines other ways of connecting beyond the linguistic. Seemingly quasi-figurative yet closely related to the geometric formations of the Suprematists, Yang’s collages consider how being human resides beyond the recognized dualities between word and sound, past and present, assimilable and foreign, technological and organic, while unearthing the continuities between them. Foregrounded against a pale background, these forms and the free movement of color in space amplify our sensory configuration of the world, offering a language of visual abstraction that combines poetic and practical cognitions. 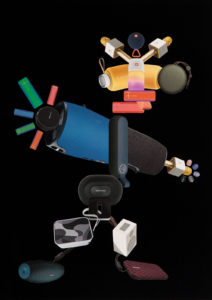 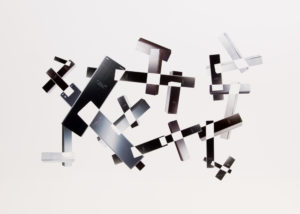 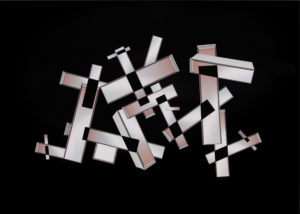 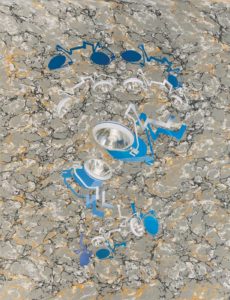 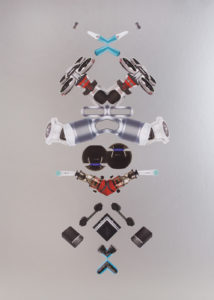 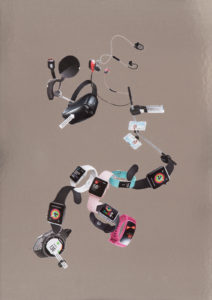