Hidden away for half a century, rare photographs by a young freelancer captured the chaos and optimism of three weeks of social unrest known as 'Les Événements.'

It’s been 50 years since the May Riots that glutted the streets of Paris during the height of the Vietnam War. As all manner of Semicentennial recollections pop around us, few events can match the unrest that marked “Les Événements,” as the protests were known, is a stark reminder that the social divisions and unrest of this period are still present, even today.

While the protests were a relatively short lived affair—they effectively ended when French President Charles de Gaulle dissolved the General Assembly in June 1968 with a call for elections—their social effect was profound, marking one of the most effective political protests in modern times.

There have been reams written in the press about the significance of the protests, but few commentaries can offer a lived recollection from the perspective of the streets. Lisette Prince was one such witness to “Les Événements,” working as 22-year-old freelance photographer living in Paris. She’s provided Document with rare photographs from this revolutionary moment, providing first-hand recollections for each of her unseen frames. At the time, Prince was in the middle of the social upheaval, working for The International Herald Tribune, The Chicago Sun-Times, The Philadelphia Bulletin, and Time, photographing clashes between the students, workers and riot police—at one point being beaten by members of the Compagnies Républicaines de Sécurité (French National Police) with a truncheon. (Full disclosure: She is a relative of this writer.)  She recalls the ominous black flags of anarchy hanging out of Parisian windows and remembers how frightened France’s ruling class during the student marches. Working on the street during nearly three weeks of constant unrest, Prince captured the solidarity and friendship between the working class and protesting students, who brought the country to a near halt with a general strike. The first photographs she took in Paris were a stroke of good fortune, she was alerted to a strike by the sound of tear gas canister exploding nearby on Boulevard St. Germain far from the tranquil Seine. “It’s mostly luck,” Prince says of her work as a photographer.” Being in the right place at the right time.” 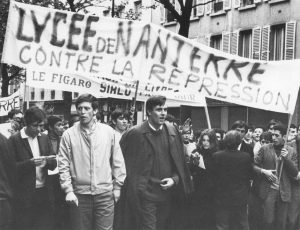 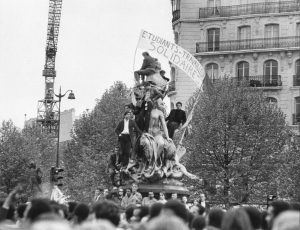 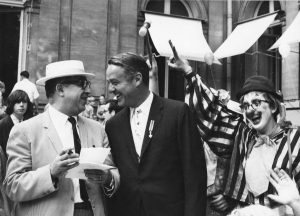 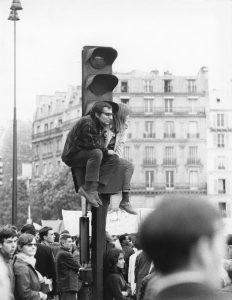 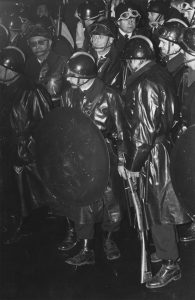 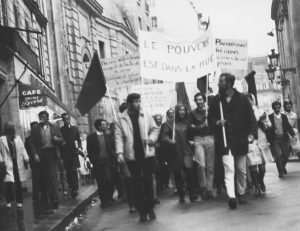 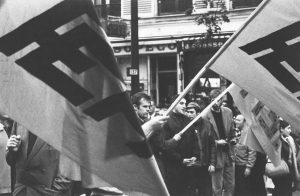 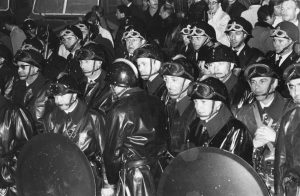 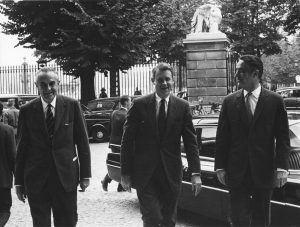 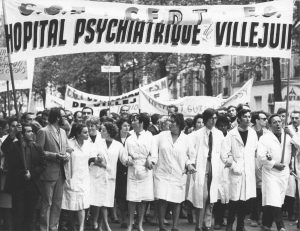