The commodification of youth is one of photography’s more tired acts. Often a vain effort to simply capture that unrecoverable essence, or a mad scramble to harness soon-to-be sources of  cash and capital, these attempts always seems to manifest themselves in a pandering slew of campaigns, images, and, even, pseudo-rap albums. Which is why, when an artist captures youth in all its awkward earnestness, the slow blooming burn for legitimacy and freedom, we’d be wise to take notice. The work of photographer and portraitist Rineke Dijkstra are visual manifestations of this motion in an adolescent’s life spent on the beach, wasting the day away in a self-possessed aura. 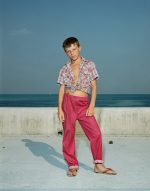 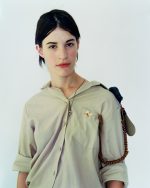 The 58-year-old Dutch photographer, who has been photographing tweens, teens, and the near-adults for three decades, recently released her book Rineke Dijkstra: The Louisiana Book, a retrospective collection of the familial portraits she exhibited at Denmark’s Louisiana Museum of Modern Art this past fall. Her portraits adhere to a logic of stark composition. Her subjects are frequently encompassed by activities that appear frozen, if only for a moment. There never seems to be much disruption in these lives in Dijkstra’s photographs; they always face the camera, and contain a veneer of the commercial—posed and intently participating in the charade of portraiture. Her teens are pulled away from their languor for only a second, humoring the wandering photographer with a few seconds of their time and attention before resuming their lives. One wonders if they will even remember being photographed in the coming hours. Caught drifting around the beach or street, there’s the unmistakable essence of adolescence, something unrefined but still unbothered. As we know it’s a time of uncertainty, unpracticed frames casting about in new limbs.

In the moments where Dijkstra attempts more traditional portraiture (seen in her photographs of Sasha and Marianna) she never relents to sentimentality, refusing to force such a gaze upon the subjects. Awkwardness and vanity are allowed to live and breath on their own, taking whatever shape it finds natural. Because of this, Dijkstra has developed a singular vision of youth, one that no ad agency could conjure, by providing the image as is, free of her nostalgia or yours. One where youth stands on its own two legs, or hunched over, proud, shy or content in its unknowingness. 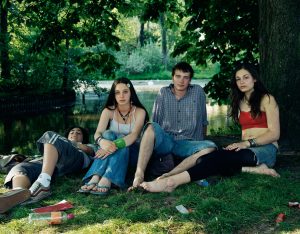 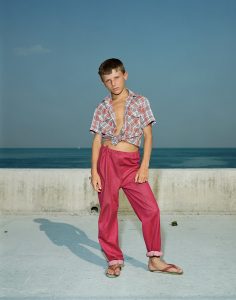 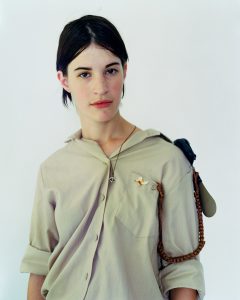 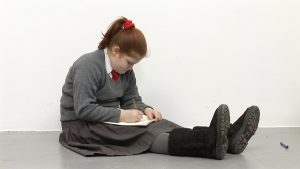 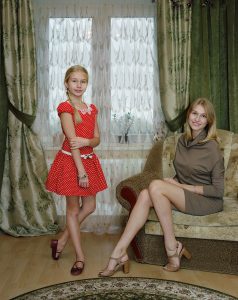 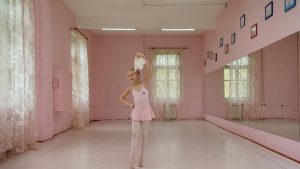