Artist Francesco Vezzoli is on a first-name basis with pretty much everyone in the film, art and music world. He speaks with Daniele Balice for Document's Fall/Winter 2012 issue.

For our tenth anniversary edition, we revisit a selection of stories from Document’s archive—celebrating a decade of championing the independent creative spirit, and honoring the cultural icons who will shape our future. This conversation originally appeared in Document’s Fall/Winter 2012 issue.

I think I first met Francesco Vezzoli in Milan, at some dinner, with some art critic or some editor, a few years ago. I recall a young and ambitious artist, or so it seemed, uniquely stylish and able to converse with everyone. That artist has since skyrocketed, counting exhibitions in prestigious places far from his native Brescia. Now north of 40, Lady Gaga, Natalie Portman, Sharon Stone, Gore Vidal and supermodel Milla Jovovich, among others, have succumbed to his charm, lending themselves to his projects, biennial appearances and museum shows. A few months ago I reconnected with Vezzoli and suddenly the image I kept of him vanished. What I thought was ambition I realized was simply a need to make good art and to expose the baroque and surreal moment we are living in.

Daniele: You created a unique work for the cover of this inaugural issue, and it features your mother. Why did you choose to be so personal?

Francesco: In a historical moment when politicians behave like financiers and ideologies are merely empty shells, it’s both very entertaining and sincere to put one’s private feelings at the center of the debate.

Daniele: One of my earliest memories is watching Rossellini’s ‘Rome, Open City’ (1945). I thought actor Anna Magnani was my mother: I could not differentiate between the movie and reality. My mom, however, was simply out shopping. Given that your new work centers on your mother, was she your first celebrity subject?

Francesco: When I opened my show at Fondazione Prada I remember very clearly introducing my mother to Catherine Deneuve, who participated in my ‘Comizi di non amore’ video project (2005). It was clear that, consciously or unconsciously, my mom was trying to channel Deneuve with her outfit that night. Deneuve, as smart as she is, was embarrassed and flattered at the same time. It was incestuous in a surreal Luis Buñuel way. It might be like introducing Magnani to your mother!

Daniele: A priestess of the contemporary art world was recently complaining to me about displaying art for the masses, which caught me off guard. To whom, do you think, should art speak? 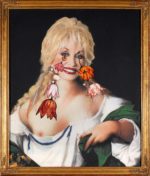 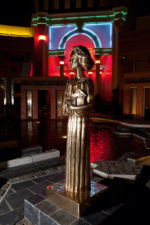 Francesco: My work is entirely about this controversial situation. I honestly think, after much struggle, art should speak to everyone. We have spent the last 30 years cheerfully fundraising to build museums larger than cathedrals or theme parks, so what do we expect? Do we think droves of post-Derridean philosophers will visit these spaces? What about bringing Art Basel to the Far East or Frieze to Qatar? Our so-called educational ambitions are commendable, however all the meanings, complexities and symbolic systems at play in art will have to be diluted if we want any dialogue with the audience, both with the museumgoer and the compulsive art-fair shopper.

Daniele: Facebook and Twitter are creating a medium by which everyone can be a celebrity. By constantly posting, some people are creating their own celebrity while professional celebrities have to use these sites in order to promote themselves. How do you think this is affecting celebrity?

Francesco: The more available a celebrity becomes the quicker the mystery surrounding their public persona will vanish. But Garboesque mystery is no longer possible in the era of WikiLeaks and Perez Hilton. The Amy Salinger of this new millennium has already happily sat with Oprah.

Daniele: Imagine your life without art. What would you do if you were not an artist?

Francesco: I would be a fashion designer maybe, or a movie director. Yet, I would be a disaster because I have not studied either of these disciplines…I don’t perceive art to be a sacred profession. Should I be forced to live without creativity or ideas, however, I would be very sad indeed. It would be like living without a brain and without my voice.

Daniele: I have to admit I had goose bumps at the last Prada show; most of us in the art world are very fascinated by the powerful sophistication of fashion. Where does the association between fashion and art come from? And what’s wrong about being a fashionable artist?

Francesco: I am afraid we have seen too many fashion shows in too many museums recently. (The Louvre has opened its doors to Ferragamo, though it should have been Lagerfeld because he at least would have made a truly fabulous mess.) If I were on the verge of creating a fashion show, how could I compete? I wouldn’t be afraid of being judged ‘fashionable,’ but rather ‘not fashionable enough.’ Coco Chanel once said, ‘Fashion fades, only style remains the same.’ But, who cares anymore about things that remain the same? Every form of culture today is fast, liquid and instantaneous, whether we like it or not. So fashion has a fantastic pace, where the designer is forced to make rapidly changing statements, capturing the moment we inhabit. Therefore, to be deemed fashionable is a funny and perverse compliment. We love fashionable artists. If they are cute we love them even more and we wish they might remain fashionable as long as possible.

Daniele: I loved your 24-hour museum opening in Paris. Perversely for me, it served as the stage of a romantic break-up while every interesting character in Paris milled around. But I had a lot of fun. I also realized we were all part of a great performance, somehow incredibly democratic and generous. Were you happy with it?

Francesco: Yes, I experienced the whole thing in a very relaxed way, because I felt the audience was enjoying it as well. It was a real bacchanalia, which was the point, but performed within the confines of one of France’s most official buildings.

Daniele: What is your next project? I would like to attend the opening, but this time as a single man.

Troy: I am working on three shows in three different museums, at the Los Angeles MOCA, Rome’s MAXXI and at New York’s MoMA PS1. They will comprise a puzzle piece survey of my work over the last 10 years and should open simultaneously. I am planning an iPad application that resembles a Terry Gilliam movie, linking them all together. I would love to have three openings, but without a party. I hate a party for the sake of it, unless I manage to convince princess Stéphanie of Monaco to sing her signature hit single ‘Ouragan’ (1986) in front of a live audience again. In that case, I would send out thousands of invites and ask everyone to wear ’80s outfits to the event. 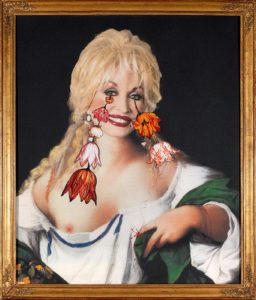 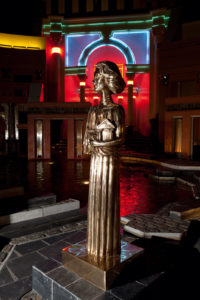 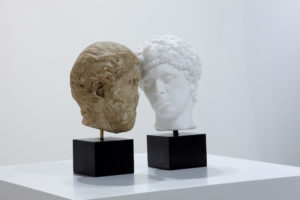 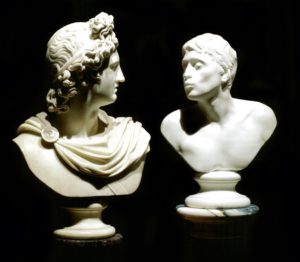