Ariel Corley, or DJ Holographic, is what DJ Minx refers to as “the next generation of Detroit techno,” describing her as a supporter of Detroit who weaves together many threads of genre and thought in her rhythmic compositions: “She’s a child of choice. She loves the city and it shows in every beat created and every track dropped.” DJ Holographic was born and raised in Detroit, and has been enveloped in the rich musical history of the Motor City since she was a toddler, remembering Jeff Mills’s radio show on WJLB radio as The Wizard. Considering herself to be “a one-woman funk machine,” Holographic lives and creates in multiplicity, firmly grounded in her present ambitions while adhering to the lessons of the past. Detroit’s musical history, though fragmented into three infamous incarnations, exists as a century-long communal train of thought that began with the blues and jazz of Old Hastings Street in the 1920s, was popularized by the Motown Sound of the 1960s, and was further mechanized as a progressive music that would become Detroit techno from 1973-1985. Growing up with parents who experienced the first wave of the post-Motown Detroit music, DJ Holographic found herself at the center of an established music community, having visions of how and where she could leave her creative impression on the techno sound.

Over a Zoom call, Ariel shares that after attending Movement Festival in 2008, she had a realization about where she fit within the history of Detroit techno, jazz, and soul: “It felt like a moment in my life where I’d come full circle.” DJ Holographic felt vibrations that opened her mind up to a new world, allowing her to connect and understand a number of synchronicities, such as her sharing a birthday with techno’s originator, Juan Atkins. “When I was starting to go to Movement in downtown Detroit, my dad told me to look up Mike Banks,” Ariel recalls, disclosing that her father grew up with “Mad” Mike Banks of Underground Resistance. “It’s a Detroit mentality. These people are very close.” She has since set up a studio space at the legendary Submerge, a “walk-in” record store established by Banks and Christa Robinson in 1992, located in an unassuming three-story building at 3000 East Grand Boulevard built in 1910: “They have a museum on the first floor, but I mainly use the studios where I’ve been able to talk to talk with Mike, you know, get his ear, get life questions answered, which has been a really great experience.” The Exhibit 3000 museum preserves and showcases the drum machines, synthesizers, and formative records and relics of Detroit techno’s early days, while the basement serves as Underground Resistance’s headquarters. DJ Holographic would be one of Banks’ many apprentices in his near 30 years of youth-organizing in Detroit, where he was both a high school baseball coach and the head of the politically charged label and collective Underground Resistance, which he started in the late ‘80s with Jeff Mills. “I’m with Mike almost every day, which is really, really a blessing,” Ariel says. 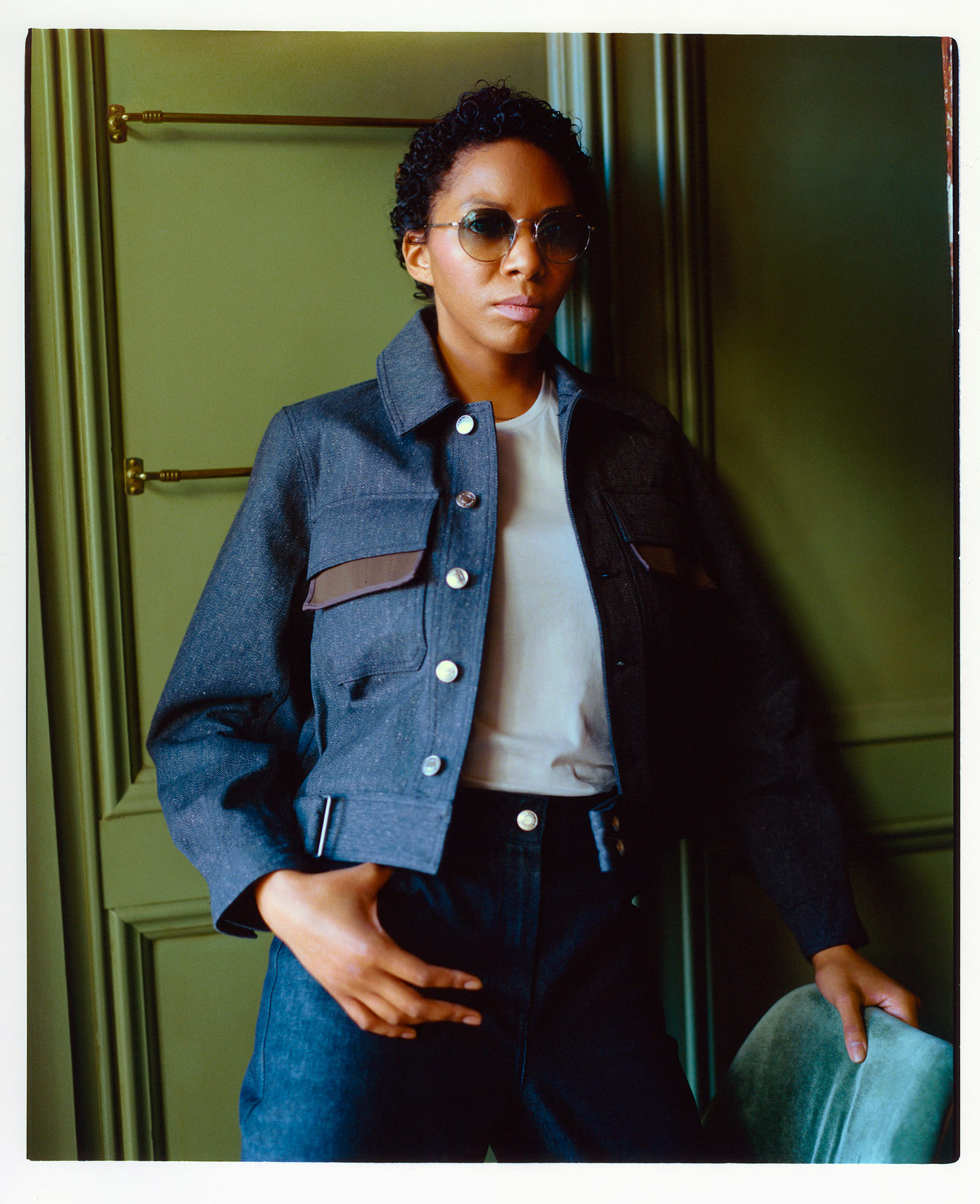 Starting her creative journey while also reaching back into a very rich past, DJ Holographic’s thoughts shift between many time periods to make sense of what has happened before and what trajectory lies ahead. Her parents moved the family to Maryland for a short time while they were in the U.S. Navy, but the music of Detroit was still a prevalent ambience in her life. When she returned to the city she took to listening to the infamous dance music radio in Detroit that inspired and spread techno. “Every time I was in Detroit listening to the radio, I thought everybody on the radio was Black,” Ariel jokes about how the 1993 house music track “Plastic Dreams” by Dutch producer Jaydee is a very Black song to her because she “would hear it played at weddings and we would do the hustle to it.” Remembering when Lisa Lisa’s Party in the Penthouse: Saturday Night Live took over Detroit radio after the Electrifying Mojo’s Midnight Funk Association went off the air, DJ Holographic recalled how new sounds, like trap music from the Deep South, slowly trickled into the airwaves towards the end of the 2010s: “They made a whole other radio station for rap music, and on certain nights the stations would play more Aaliyah or L.L. Cool J.” She pridefully remarks, “In Detroit, we play the classic hits a lot. Like, none of the new music comes through as often. It’s really good, but it also puts you in a time and space of the mind.”

DJ Holographic follows her own intuition even as she seeks out guidance from the elders of her community. She found a mentor in John Collins, a legendary DJ and historian of Detroit techno who became a booking agent for Underground Resistance, Kevin Saunderson, Juan Atkins, and many more. Collins had reached out to Ariel to offer her studio space, beginning her involvement with Submerge and Underground Resistance. “I look up to John a lot,” she says. “Just the way he handles himself anywhere he goes.” By this point, Ariel had already sharpened her DJing skills and wanted to begin making her own productions. She laments that it is difficult to find a mentor as a Black woman: “You get men that want to put you under their wing, but they’re, like, sexually attracted to you, and it can get kind of weird. But, you know, I think we’re all still learning about our gender roles and how they don’t really need to be there.” She talks about working with Mike Banks and Carl Craig: “They’re really nice guys. They treat me like a daughter where there’s a distance where they haven’t necessarily taken me under their wing, but they’re observing.” Growing within the world of techno that she’d stepped in, Ariel encourages the men to let their guard down and let her be one of the guys: “I know it’s a boy’s club. I acknowledge it. I watch it. You can’t assume this is how it’s going to be. You just kind of take it as it is and want to grow within it, and I’m very grateful for it because it’s really fun. It’s really nice, and it does have that family vibe as well.”

DJ Holographic is aware of how male-dominated her fields of interests are and faces the challenge head on: “Most of the occupations that I’ve chosen are dominated by men, but also it’s kind of funny because they’re all technology. Like, I’ve done deejaying, I’ve done coding, I’ve done film editing. It’s dominated by guys, but it is, like, technically 50/50 here on this planet.” The term “techno” was lifted by the genre’s inventor, Juan Atkins, from the word “technocracy,” meaning “society or government run by technical experts,” which he found in the 1980 book The Third Wave by futurist and businessman Alvin Toffler, assigned to him in a high school class called Future Studies. Underground Resistance, within this milieu, instrumentalized techno music to engage in electronic warfare with technocrats and colonizers as a Black militant group of musicians. “I mean, that’s the narrative that we’ve been at for so long,” DJ Holographic says. “I love the way Mike talks, and I won’t deny that my mind kind of works that way too…but when I actually start manifesting, growing things out, I don’t see it as healing…it’s like opening the veil and opening up my mindset.” She sees a need for duality in the tactical logic of techno: “I wish for unconditional love, but for you to do that, you actually have to let go of a lot of social conversations. The first thing that you are is a soul, and we’re all one, and we’re all having the same exact experiences and we’re mirroring it off of one another.” Ariel Corley’s principles of a sustained connection between the mind, body, and soul is reminiscent of Mike Banks’ spiritual concept of Hi-Tech Jazz with the band Galaxy 2 Galaxy, which operates on a basis of recapitulating previous, traditionally-generated iterations of Black music in a constructivist act of Black unity. 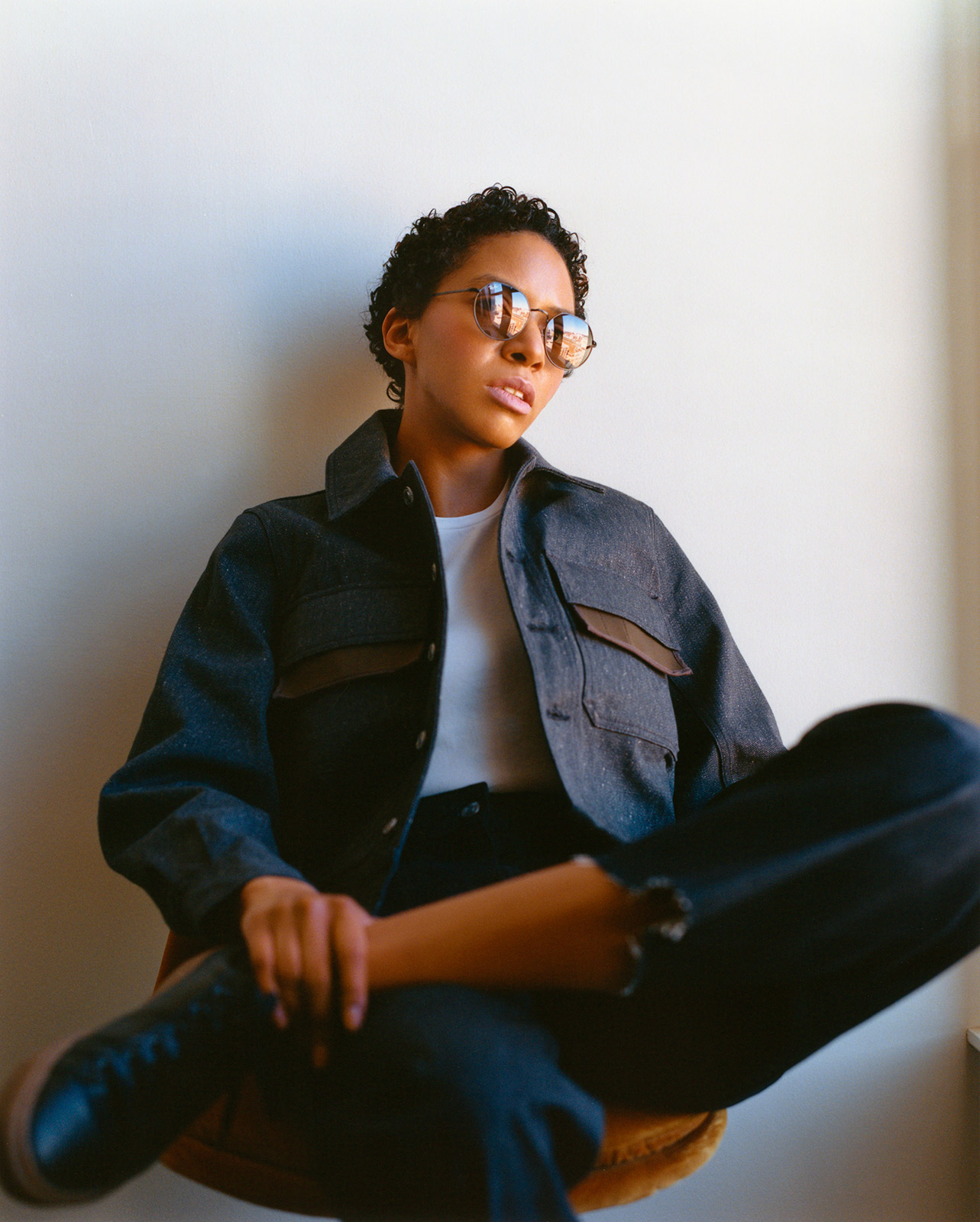 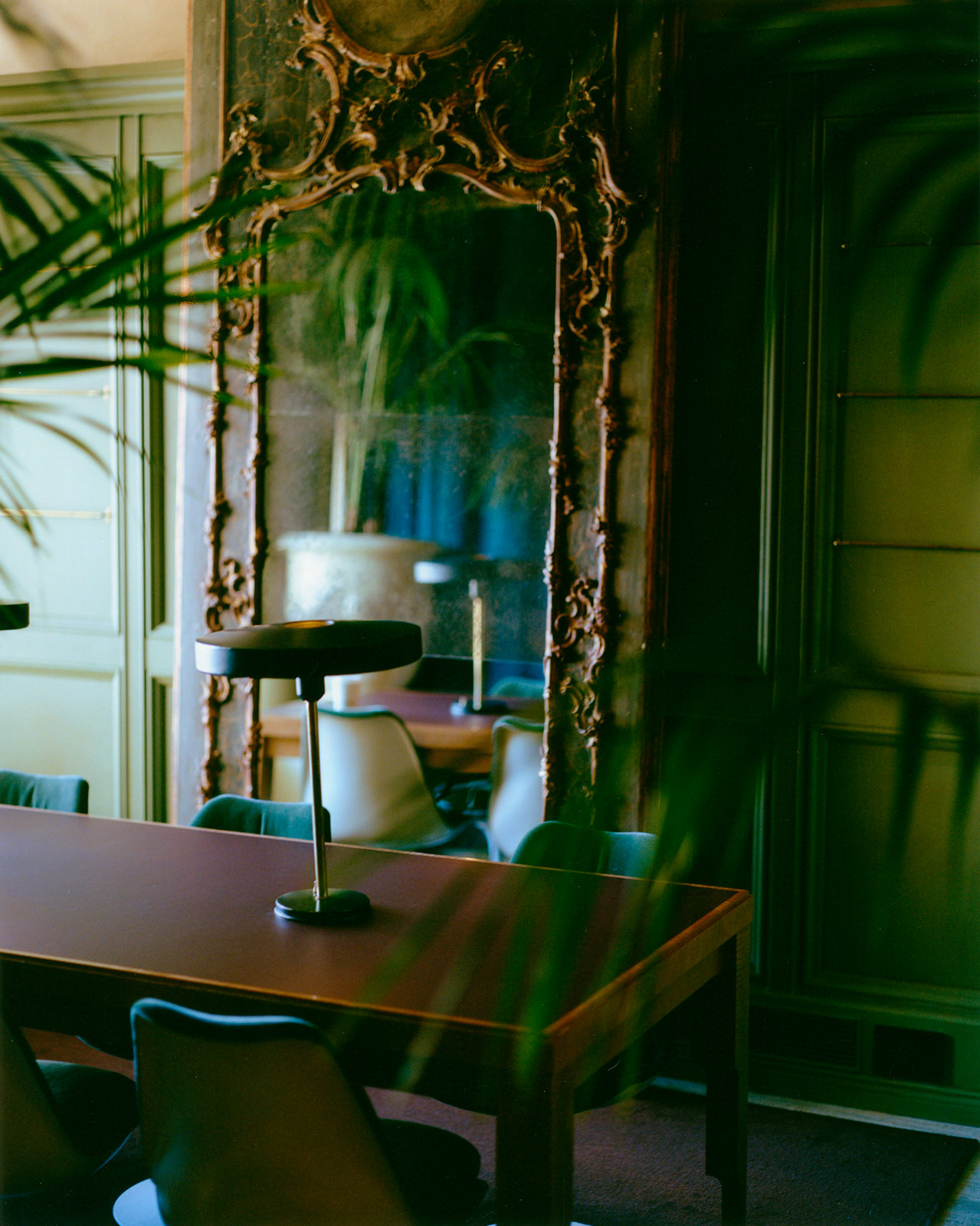 Parallel Shifting, DJ Holographic’s debut EP in collaboration with Detroit transplant Alex Wilcox, was released in July of 2020, striving to “change our thoughts so that we can break free from negative psychological programming.” Charting her own path using the skills and lessons that she’s learned from her community, DJ Holographic set out to harness her creativity into a universal vibration: “I feel like I never put how I present my music into words until last year. It’s been more of a spiritual journey.” She points out that a number of other Detroit techno producers, like Robert Hood and Terrence Parker, have turned to spirituality as well as they’ve gotten deeper into the myth-science roots of the music. “When talking to Mike, even though he does talk about strategizing and planning and conquering, he does have a spiritual side because he plays in the churches,” she says. “He can play the organ really well and play piano and guitar.” Spirituality comes back to the fore for DJ Holographic in many different ways, guiding her towards a unique narrative of a new age of techno: “That’s why I love techno, because, like Mike says, it’s supposed to be the idea of creating vibrations to open up your mind, to open up these new ideas and not having a low vibration of scarcity logic.”

Ray-Ban’s #YouAreOn campaign celebrates visionaries and authentic people who are true to their roots and themselves, and push the boundaries of creative expression for themselves and the world.