Document gets an inside look at the architecture practices's innovative up-cycled design, courtesy of photographer Laurence Ellis.

T+E+A+M is the four-person architecture practice designing spaces for a sustainable, increasingly digital future. Comprised of Thom Moran, Ellie Abrons, Adam Fure, and Meredith Miller, all Venice Biennale-exhibited artists, their collaboration began in 2015 for the Detroit Free Assembly Plant, a project which refigures a massive abandoned factory into a resource for building materials and public community space.

“We believe that the physical, material reality of architecture can bring into the world a more conceptual idea,” says Miller. “A lot of our early work appears to be quite speculative [but] we’re really moving our practice toward building. I think that experimental foundation allows us to approach projects differently and imagine alternatives to the status quo.”

Laurence Ellis photographed the models for two of T+E+A+M’s projects: the Detroit Reassembly Plant and Ghostbox, which reimagines the now outmoded “big box store” as an apartment-style residence, with individual dwellings and communal domestic functions.

Document spoke with Miller about the exciting, if divisive, aesthetic possibilities when designing with non-traditional materials, and how she and the rest of T+E+A+M are finding viable architectural paths to a sustainable future. 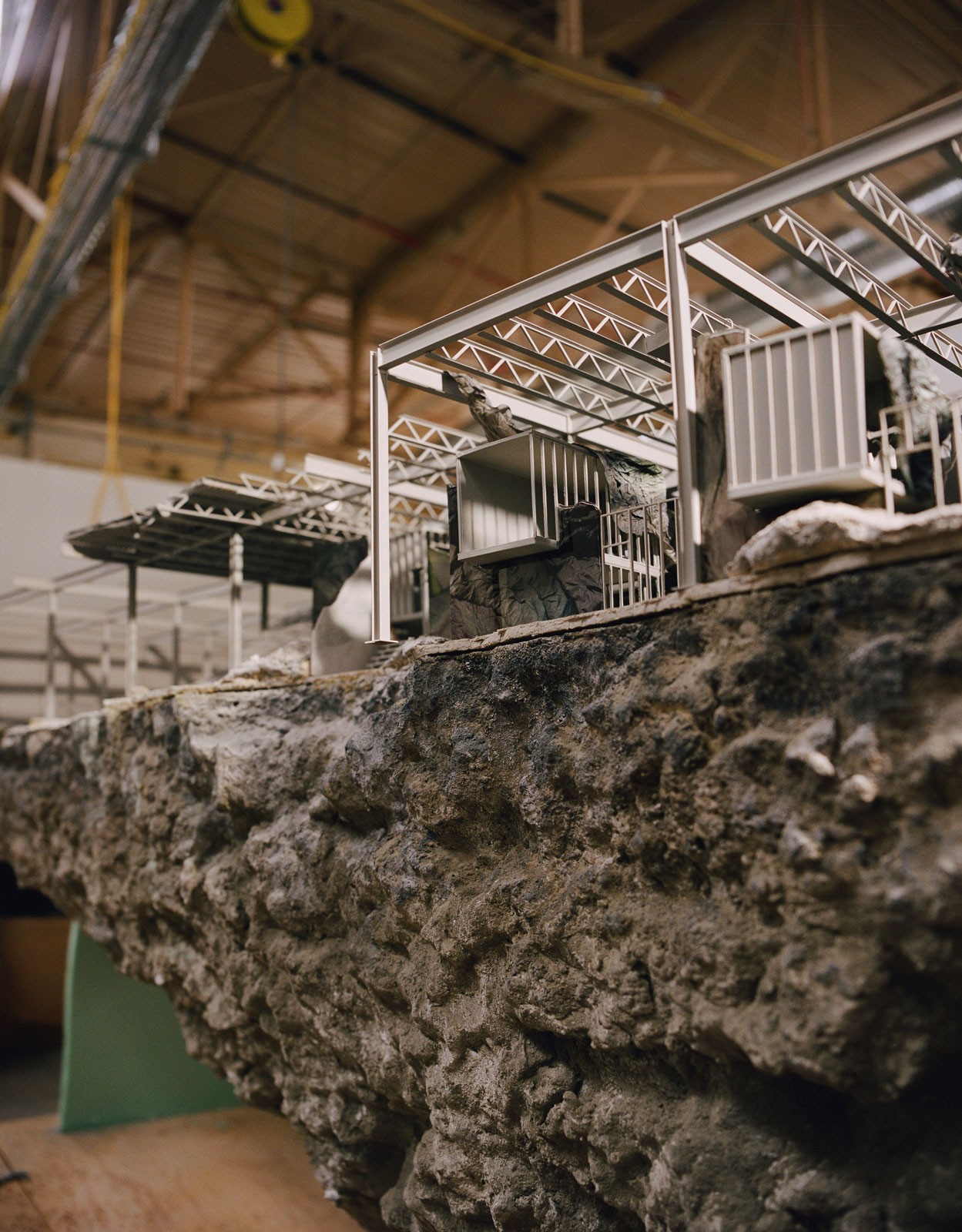 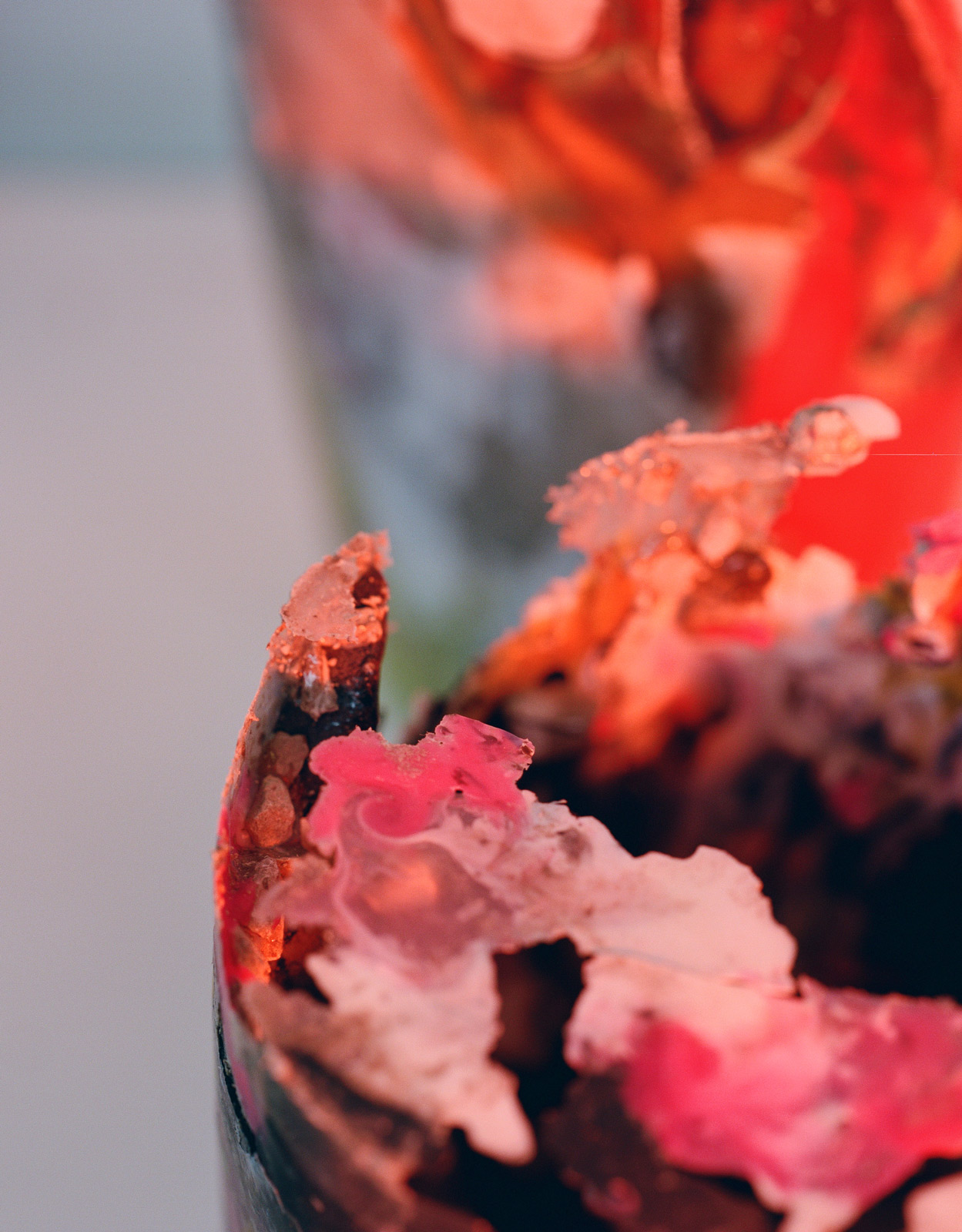 Meredith Miller: Yeah, he took photographs of the models that we have in our studio. One of them is a pretty large model that we made for a Detroit Reassembly Plant. We really wanted for that project to show people how this material that we invented would actually work, that it wasn’t just an idea, that we had a sense of how that process would actually unfold.

So the proposal was to use this material as an aggregate and to mix it with recycled plastic and things that we would collect from the region, taking waste from the buildings, but also from the larger urban area and turning it into new building materials. There was a jumpiness of the texture. The colors of the materials were still legible and all that. You could tell, say, it was a piece of glass, but overall, it formed something new. So we really like this idea that, you know, paying attention to what’s already there and sort of seeing it not as a liability but as a kind of thing you can work with. 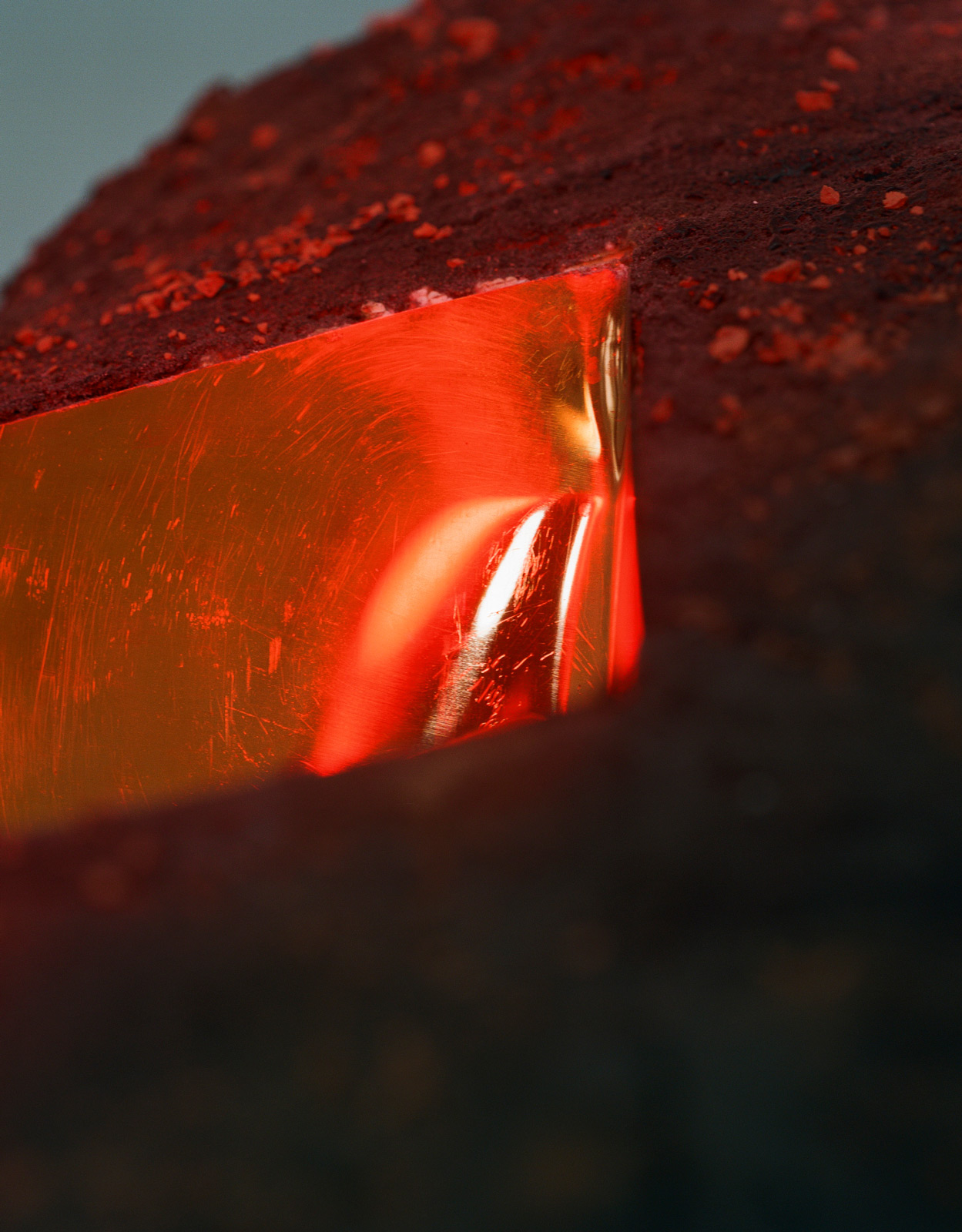 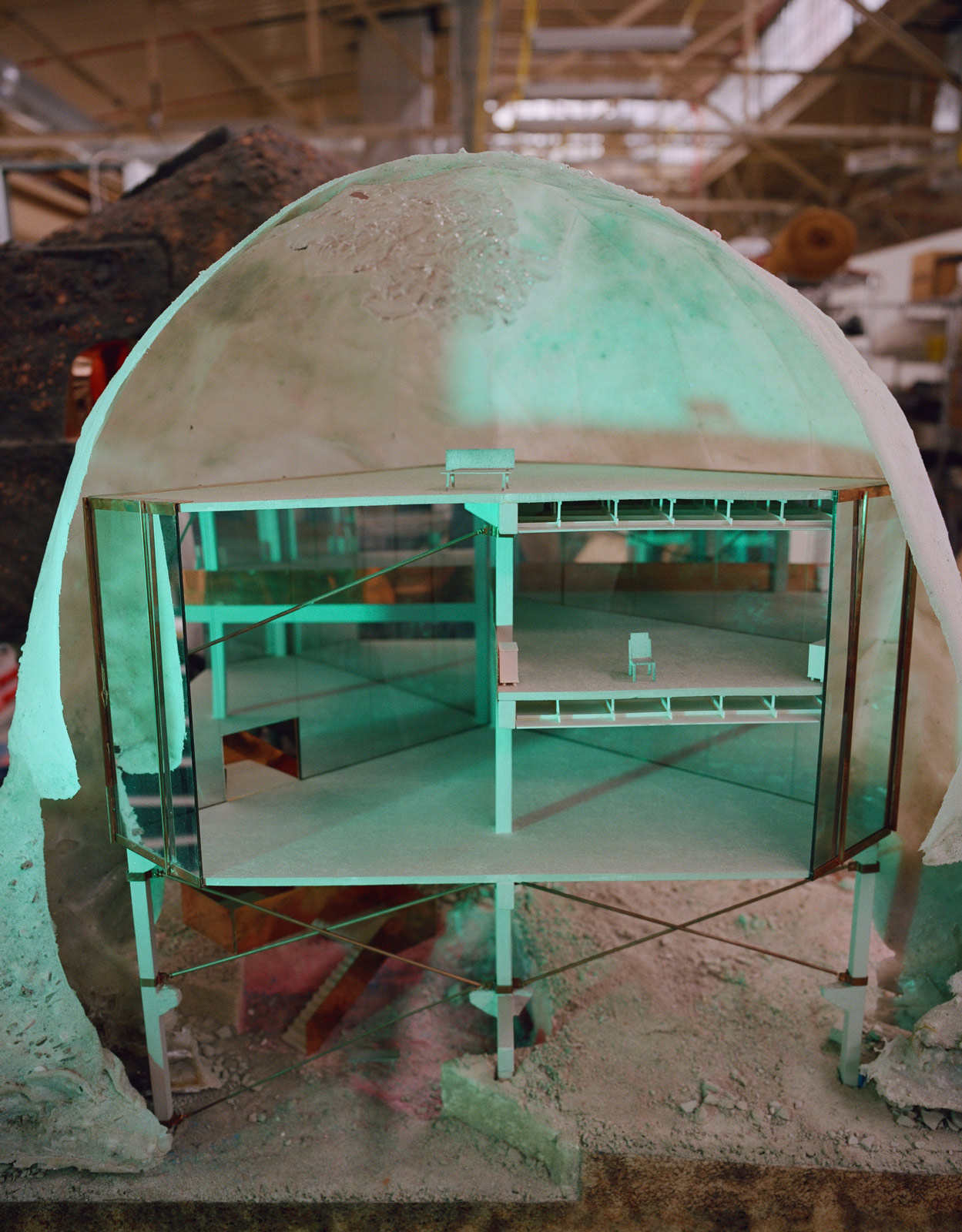 Clara: It’s interesting, that process of transforming how people are looking at material. How does that work, both from the optics perspective, how people consider waste and value, but also the logistical challenge of trying to convince people this is a viable alternative?

Meredith: Yeah, well, I think they’re kind of two parts to your question. One has to do with perceptions of architecture. How can we communicate to a larger public about other possibilities? What kind of standards are accepted? I think in terms of, like, the communicative value of architecture and the optics, aesthetics can sort of be surprising, but I think we can use that moment of surprise to reflect back our kind of attitudes and ideas about the world.

For example, when the Detroit Reassembly Plant model was on display, we really enjoyed watching people come into the gallery and see this kind of chunky, massive building that was made up of rubble. Some people would walk in and be like, ‘Wow, that’s amazing.’ And other people would walk in to say, ‘That’s so ugly. Why would you do that?’ [Laughs] I think that’s great. We want to spark in people a moment of reflection about what architecture can be.

In the speculative work we’ve pursued, one of the themes is introducing kind of digital materiality into the projects. We’re kind of interested in architecture taking on this other layer of imagery and mediation, whether that means literally printing images on giant pieces of fabric that we wrap around a theater outside of Chicago or in the small pockets that we’re doing now on the exterior of the building.

I think part of your question has to do with how we operate within standards and norms: keep water out, create the spaces that are needed. And we’ve really enjoyed moving more into building practice. So there’s a spectrum, but I think we’re interested in trying to push kind of like push to the limit of the convention. 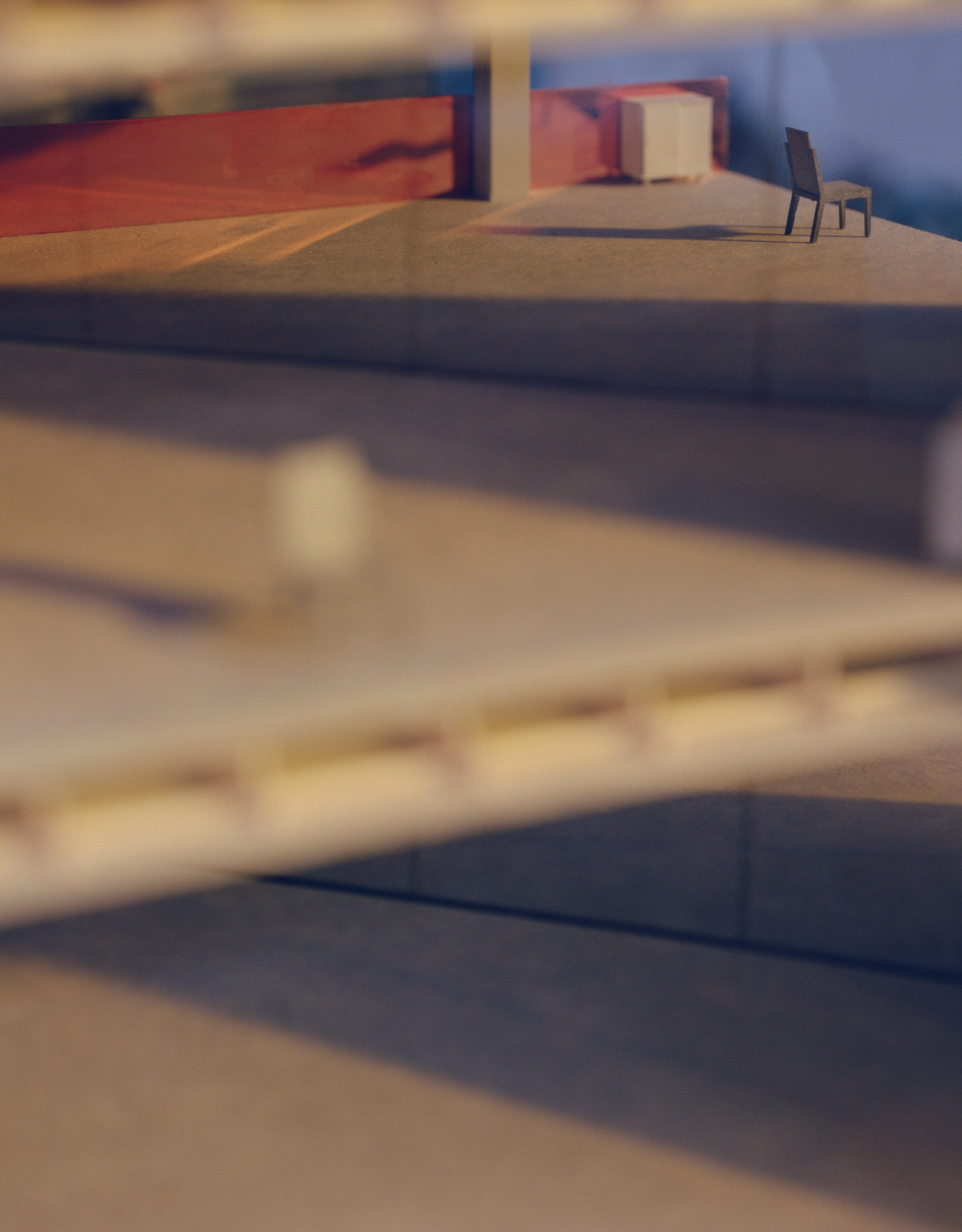 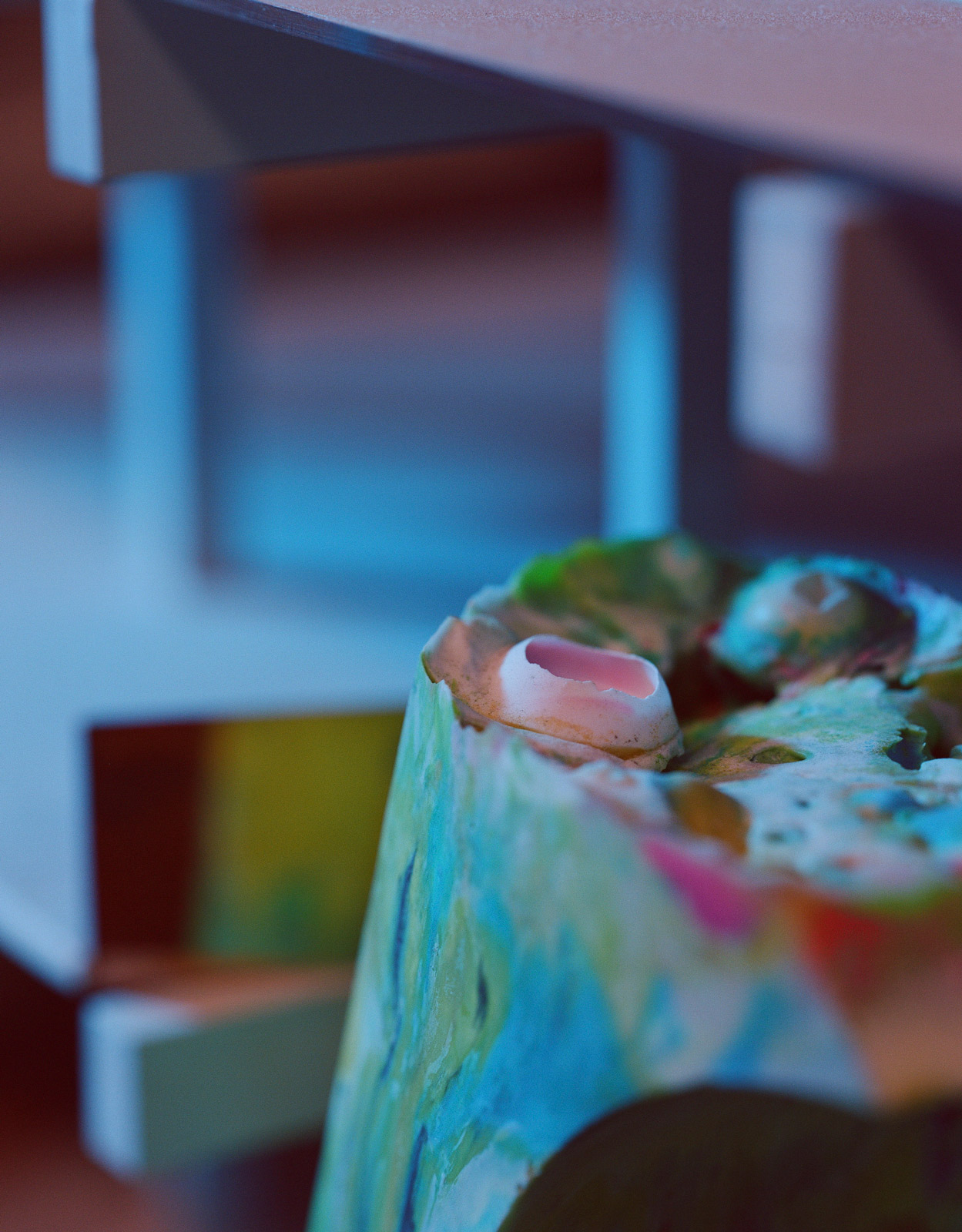 Clara: Definitely. As a last sort of big picture question, I’m curious where you see this conversation about architecture and sustainability practices going in the next decade, especially in light of the environmental concerns.

Meredith: This is a conversation that we’ve been a part of in different ways for years. Thom Moran and myself, as part of our academic research, have been developing a building material that we call ‘Post Rock,’ which is much like what we proposed for Detroit [Reassembly Plant]. We actually have a patent pending.

Meredith: Yeah, and we’ve met with different manufacturers of building products to see how we could actually introduce it. Of course, there are a ton of products and materials out there that use recycled content. I think there’s so many designers, so many clients, many building owners who are interested in having a positive impact on and not using materials that are non-renewable and things like that.

But what we found is a lot of the products are made to look like something else. So, for example, there’s a very common decking material called Trex, which is made from recycled plastic, but it’s made to look like wood decking. We find that so interesting because it sort of represents a kind of resistance to accepting the plasticity or the wisdom that of this material rather than kind of embracing it. It’s almost like there’s a desire to hide it or put it under the surface.

So [‘Post Rock’] is really about not just this technical process that we came up with to cut these materials together, but it’s also there’s an aesthetic—an agenda that we wanted to communicate. In product design, I think you do see more of an interest in the aesthetic and design possibilities of combining recovered material with something new. So I’m excited to see how that filters up more into architecture, which tends to be a little bit slower in embracing a new design direction.