Photographer Jack Davison finds hope in the quiet of extinction

The death of Sudan marked the climax in a desperate effort towards preserving his species. He was the last male northern white rhinoceros on earth. He left behind Najin and Fatu, mother and daughter, in what scientists refer to as ‘functional extinction.’ The last of their kind, unable to reproduce, they live out their days at the Ol Pejeta Conservancy in central Kenya.

Photographer Jack Davison visited the conservancy at the end of 2019 on commission for a New York Times story following the in-vitro fertilization of Najin and Fatu’s frozen eggs. He shadowed ‘the girls’ for 10 days, documenting their enormous power and delicacy. His work grapples with the synchronicity of the tragedy of their condition with the beauty of their existence. Now, Davison releases unseen images from this trip in the form of a book, Ol Pejeta. Published by Loose Joints, a portion of the proceeds will be donated to the conservancy, its caretakers, and Biorescue, the genetic project.

Megan Hullander: Can you tell us about how the publication of Ol Pejeta came about? Why did you want to turn this story into a book?

Jack Davison: Usually with New York Times stories they come out in months or weeks, but I shot these two years ago. It was kind of agony to sit on them and not be able to show them. The main problem was that the news in America has been dense and full of meaning. Trump, COVID, the George Floyd protests—you’ve had a lot to deal with. The Times kind of reflects directly what’s going on in America, so it didn’t feel like it was the right time for it. Now, it’s coming out in what’s meant to be a new, positive year. I loved the pictures they chose, but they chose such a small amount of the work. I wanted to show more, and we wanted to make a format that we could publish quickly and economically, and environmentally.

Megan: There is a lens of optimism in this tragedy in your and Sam Anderson’s work, did you two talk about that before going into it?

Jack: Not at all. I am not a wildlife photographer. I don’t have that kind of kit and long zooms. I went out with my usual equipment and eventually was able to photograph them as if it were a portrait of a person sitting next to me. I thought I would feel very sad, and it was, obviously, sad, but also there is a quietness to these sort of extinctions. They are looked after very well, and their lives are very simple and undramatic. They are let out and they graze and fall asleep in the sun. It’s quite endearing and lovely to watch. 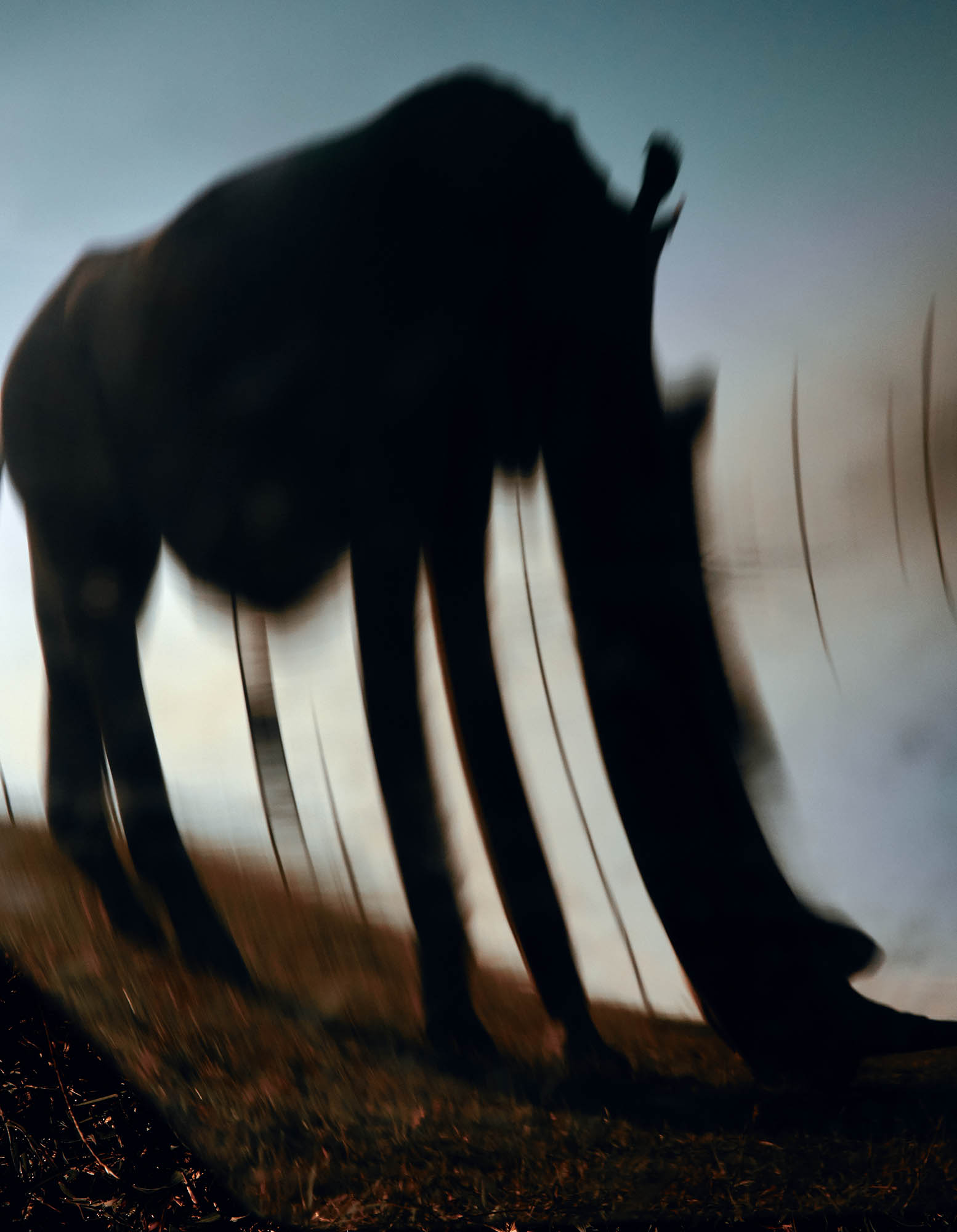 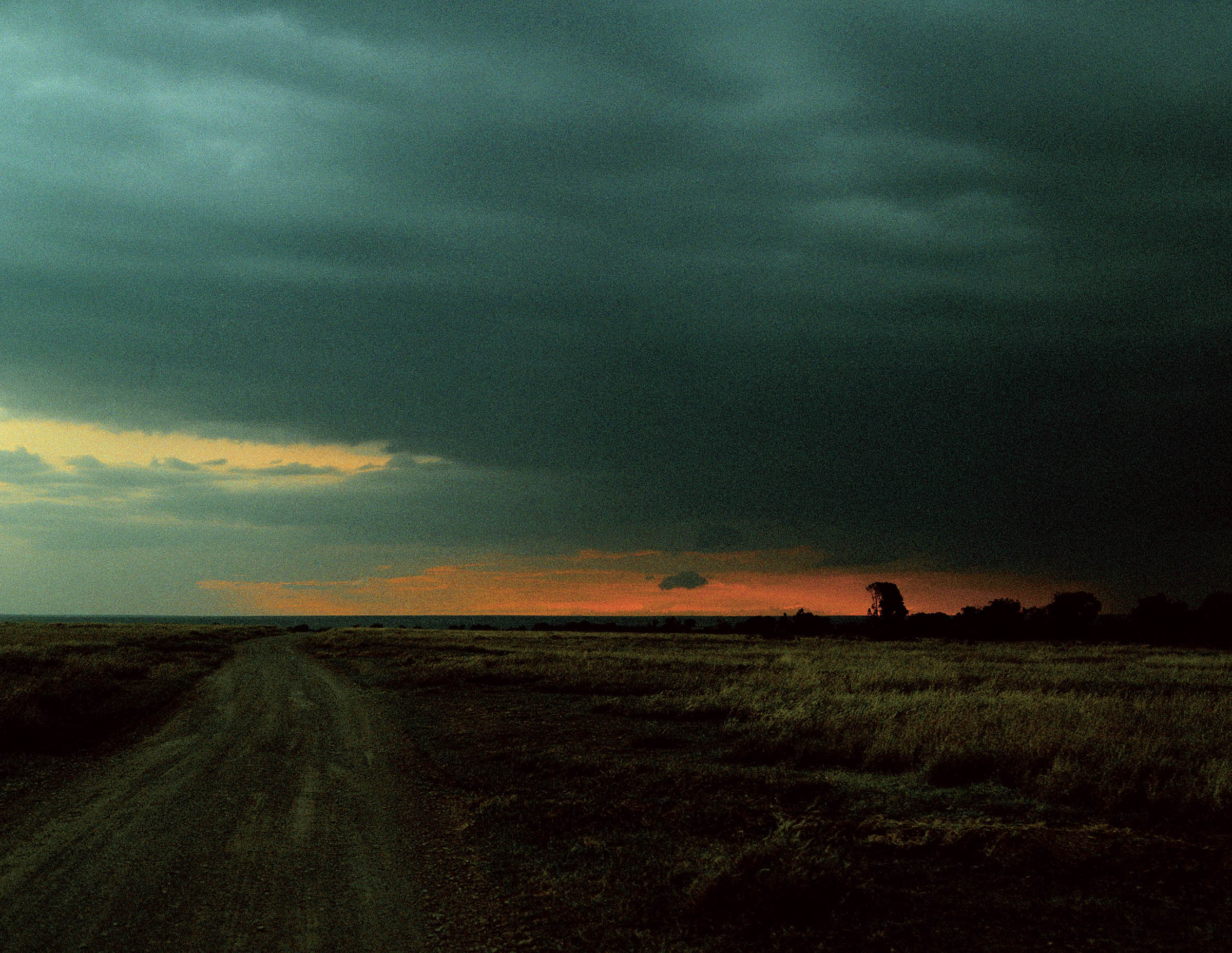 Megan: The photos play with that enormous power that is counterbalanced with a sort of delicacy, technically how did you approach doing that?

Jack: I always like to not present what you expect. I love picking up details and showing the textures of the place and the intimacy they have with their caretakers. They are these massive creatures that are awe-inspiring in a kind of terrifying and beautiful way. You’re next to them and you feel very young. They feel like ancient creatures that have been here for millions of years. Rhinos have been around for millennia. They have this intense age even though they are not old rhinos particularly. And the iconography of a rhino is essentially a horn and hunched back and a bulky body. So it’s always quite fun to play with what someone’s expecting. I brought things to shoot through to kind of stretch their shape and blur the lines of them, especially because the landscape there is so flat.

Megan: That blurring and stretching often gives a kind of slowness to your images—how did the concept of time in the context of their story inform this series?

Jack: Even though I was there for what felt like not a lot of time, the day-to-day of spending time with them, those hours are long just because they’re grazing and you are just sitting in silence, watching them. There is this feeling of vastness of time, and I am quite hyperactive when I am shooting, but I had the space to try things. It took a couple of days for them to get used to me and accept me being close to them. 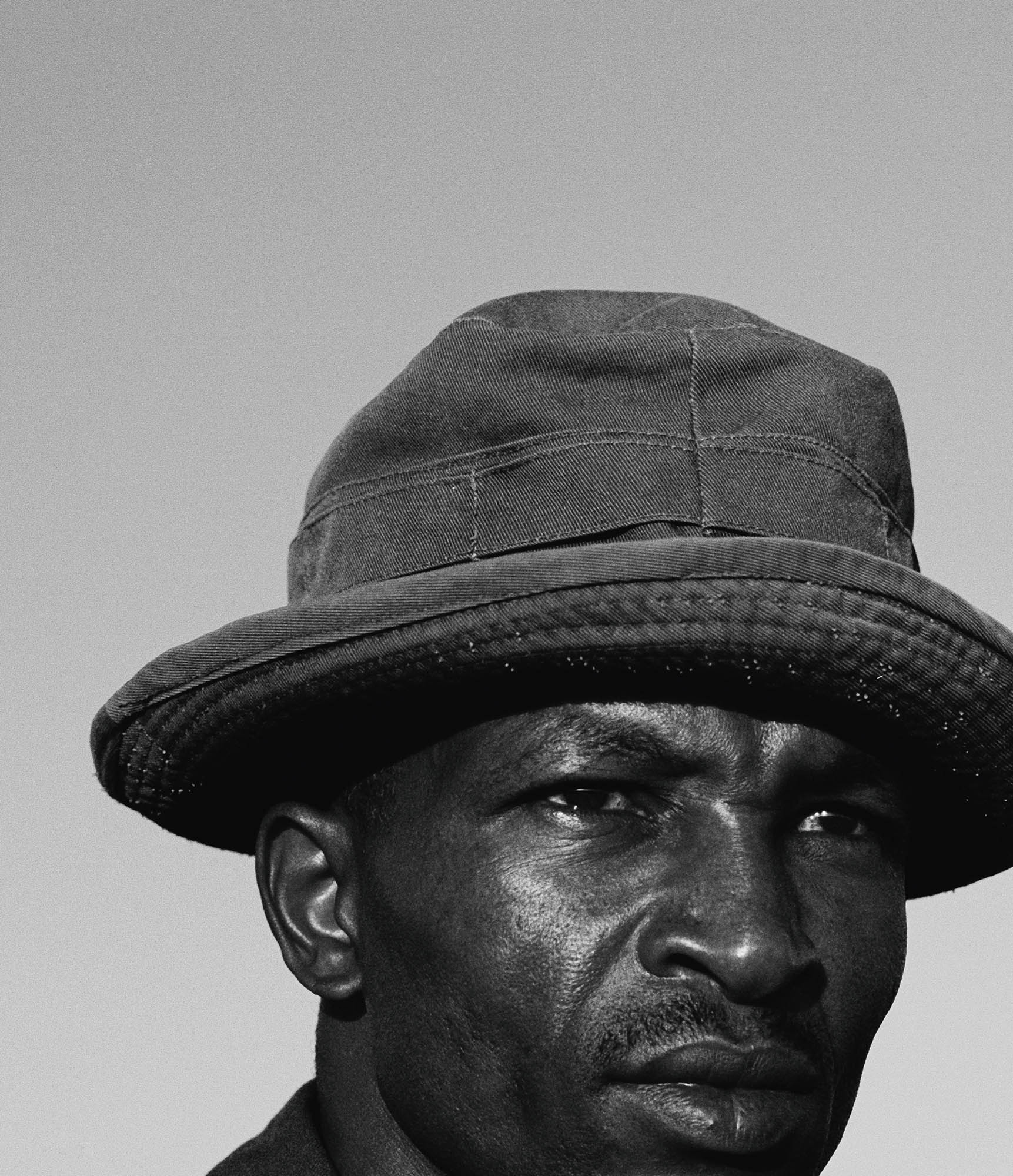 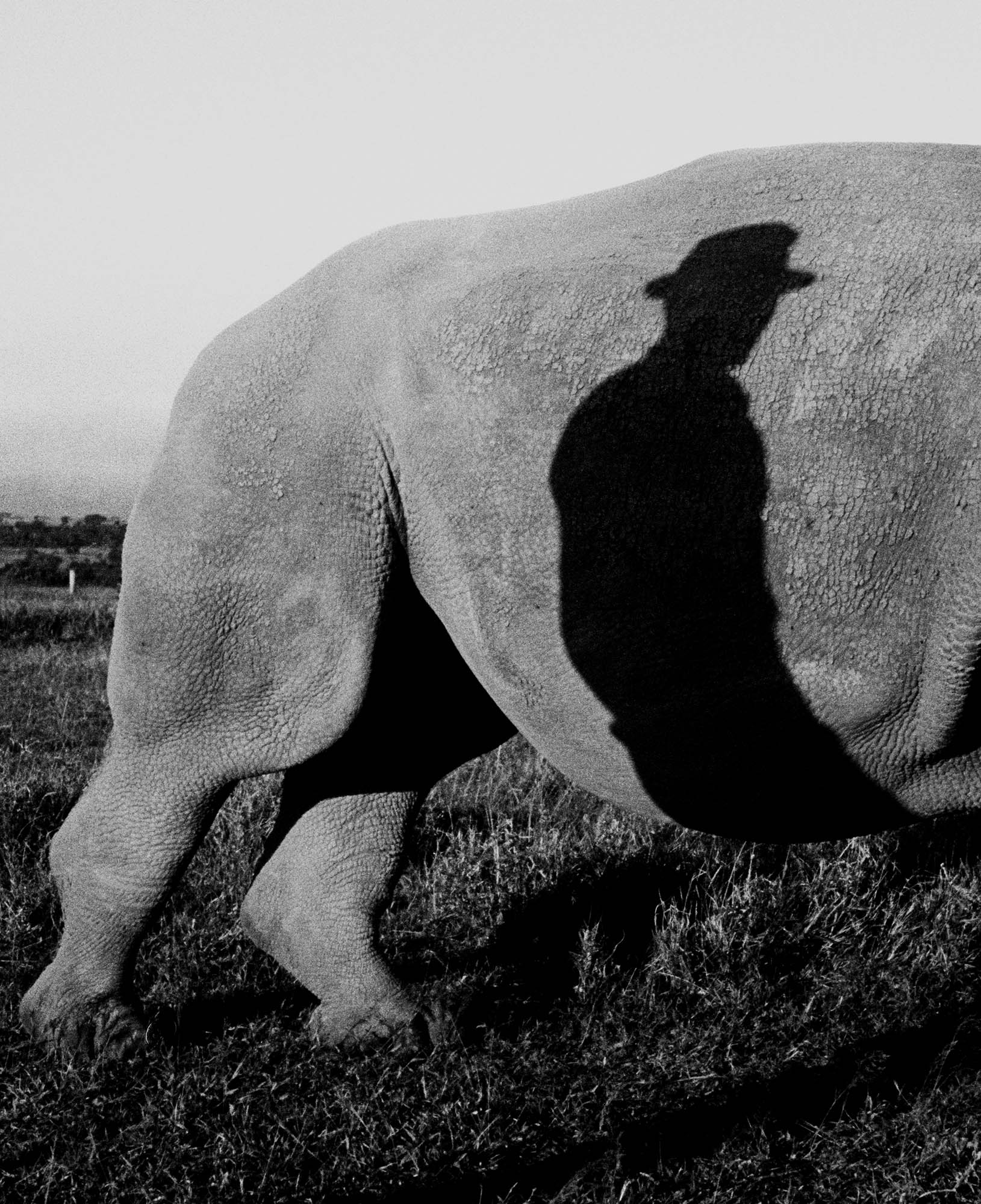 Jack: I don’t think my approach to animals is any different from my approach to humans. Obviously, you have less of a conversation with the animals, but I’m still trying to find a moment of emotion or a moment of pause. I do think with the rhinos it’s kind of sadness, but also humor. I have one of them yawning, and it’s really silly. I have a positive outlook on the world, and it’s important to find those moments of relief.

Megan: It is a very emotional story, but also a historic moment, so how did you approach objectivity in this? You famously bring an artistic style to pieces like this, especially for a publication like the Times. How do you find art informs reality?

Jack: I try to avoid the labels, it’s fun to be able to work within all the genres. In the past, when photography was less prevalent than it is now, you did everything and you were interested in everything. You’re always going to input some part of yourself into the image, or how you think something should be portrayed. I’m not striving for honesty or a taxonomic, accurate, scientific representation either. It is more about the emotion or the visual, trying to make something striking because it will stick with people.

Megan: Your images are often talked about as having this sort of timelessness to them. Is that something you are conscious of when you are creating them? Do you want that to mean something when people are looking at them years or decades from now?

Jack: The aim for me is always to make it impossible for people to sort of pinpoint a time and a date. I love the idea that an image of mine could be thought of as being a hundred years older than me, or still be able to occur in the future. I actively avoid branding and technology. It gives it more freedom and space to be around longer. I try to avoid it being a fad or being pinned to one era. I love that the people I portrait could be from Victorian times or the 1920s or in 40 years’ time that face could still be around in the uniform clothes they wear and still be relevant.

Megan: On the other side of it, there is also an immediacy to them, in the subject of this project specifically. You spoke earlier about it being delayed because there was so much going on, but this is also urgent. What do you hope people do with these images now?

Jack: It’s a great struggle to be convincing people that the most important thing that they need to be thinking about is the preservation of the environment. This project is a digestible way of dealing with the epoch of extinction. Because it’s really simple. It’s two rhinos left. It’s not dealing with massive numbers. You have this exhaustion from hearing millions—it’s the same thing with deaths in COVID. A number becomes meaningless; it’s hard to quantify. But the idea of two individuals left, a mother and daughter, is kind of emphatic.

Ol Pejeta by Jack Davison, published by Loose Joints
through to www.loosejoints.biz 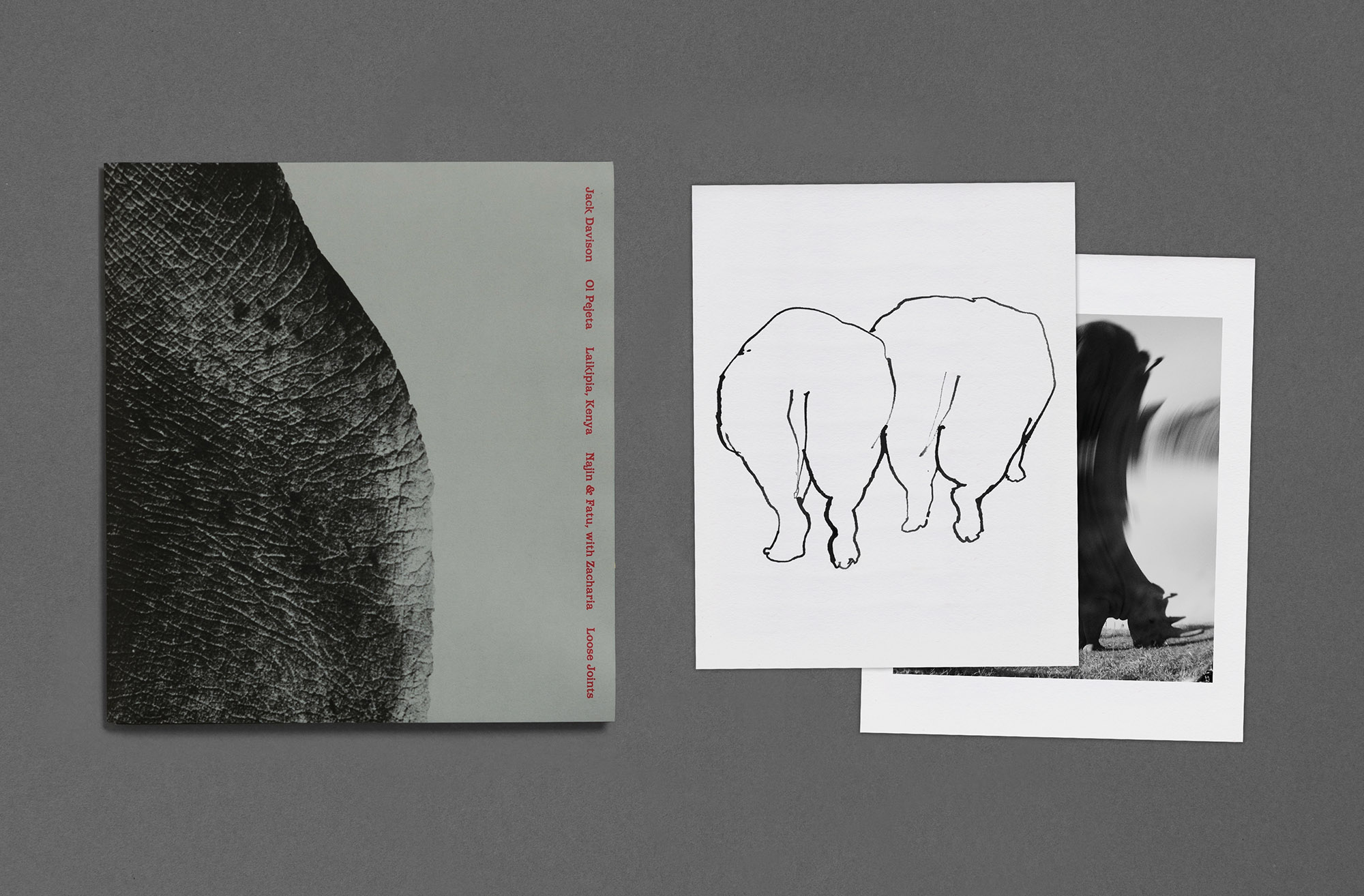 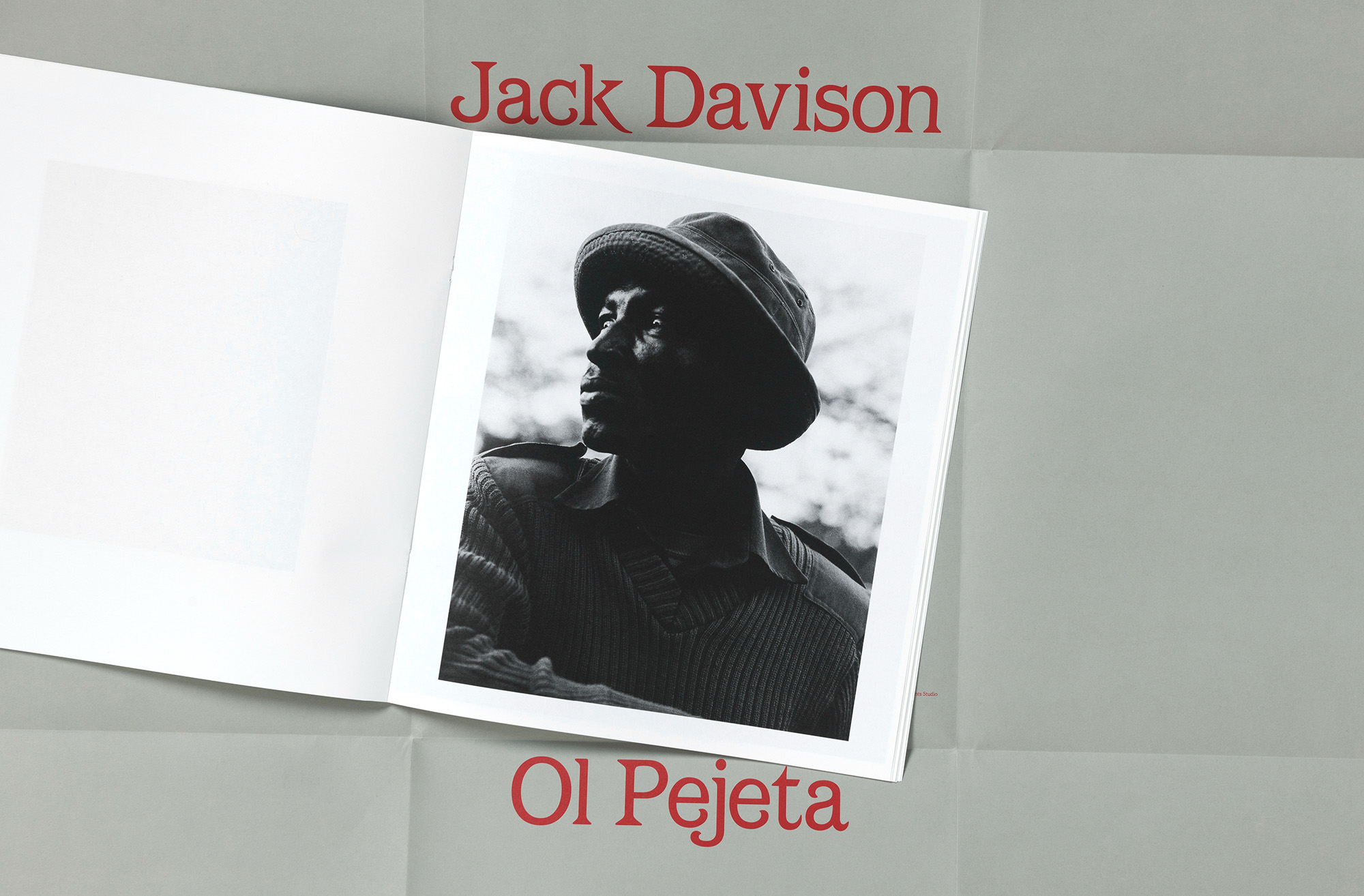 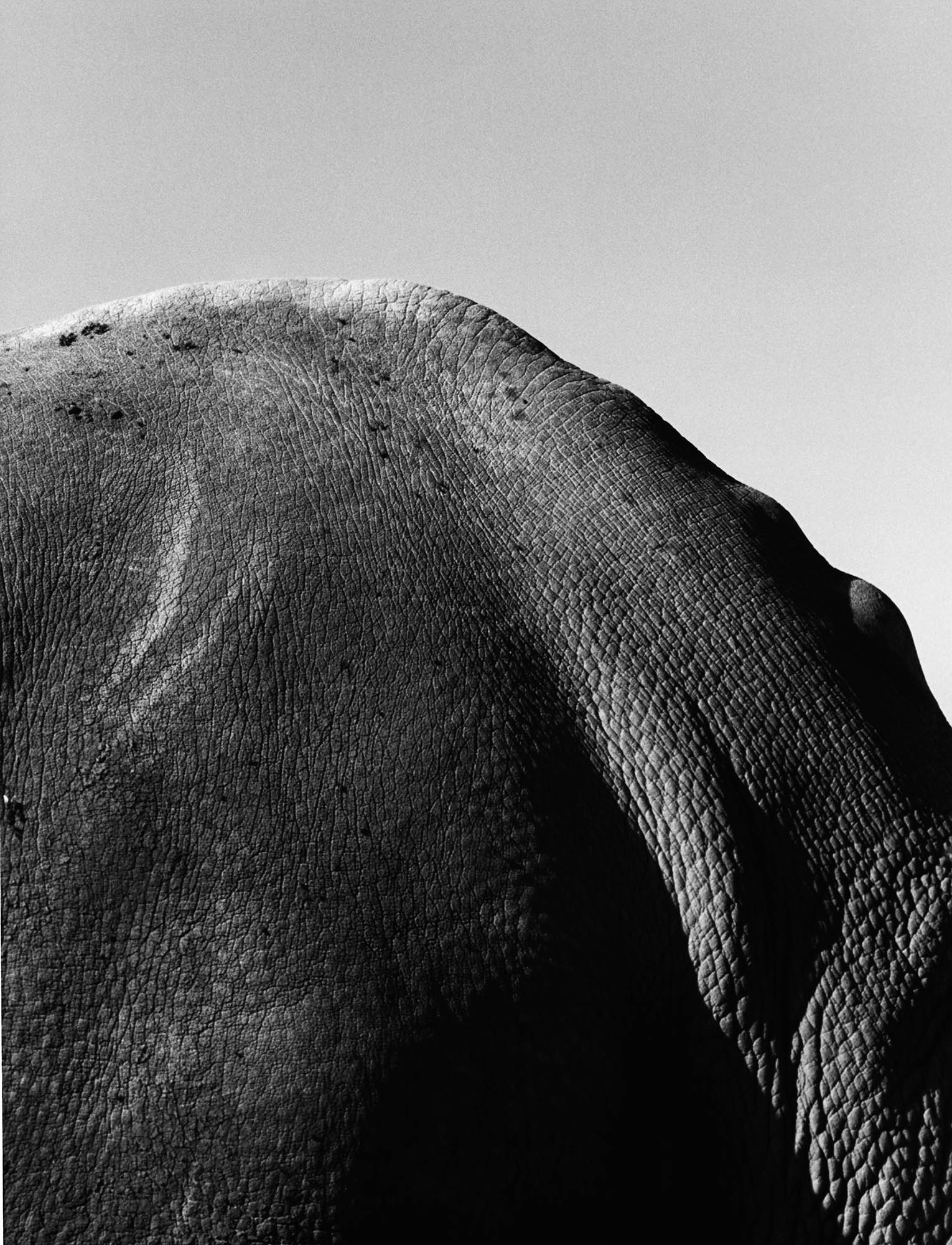 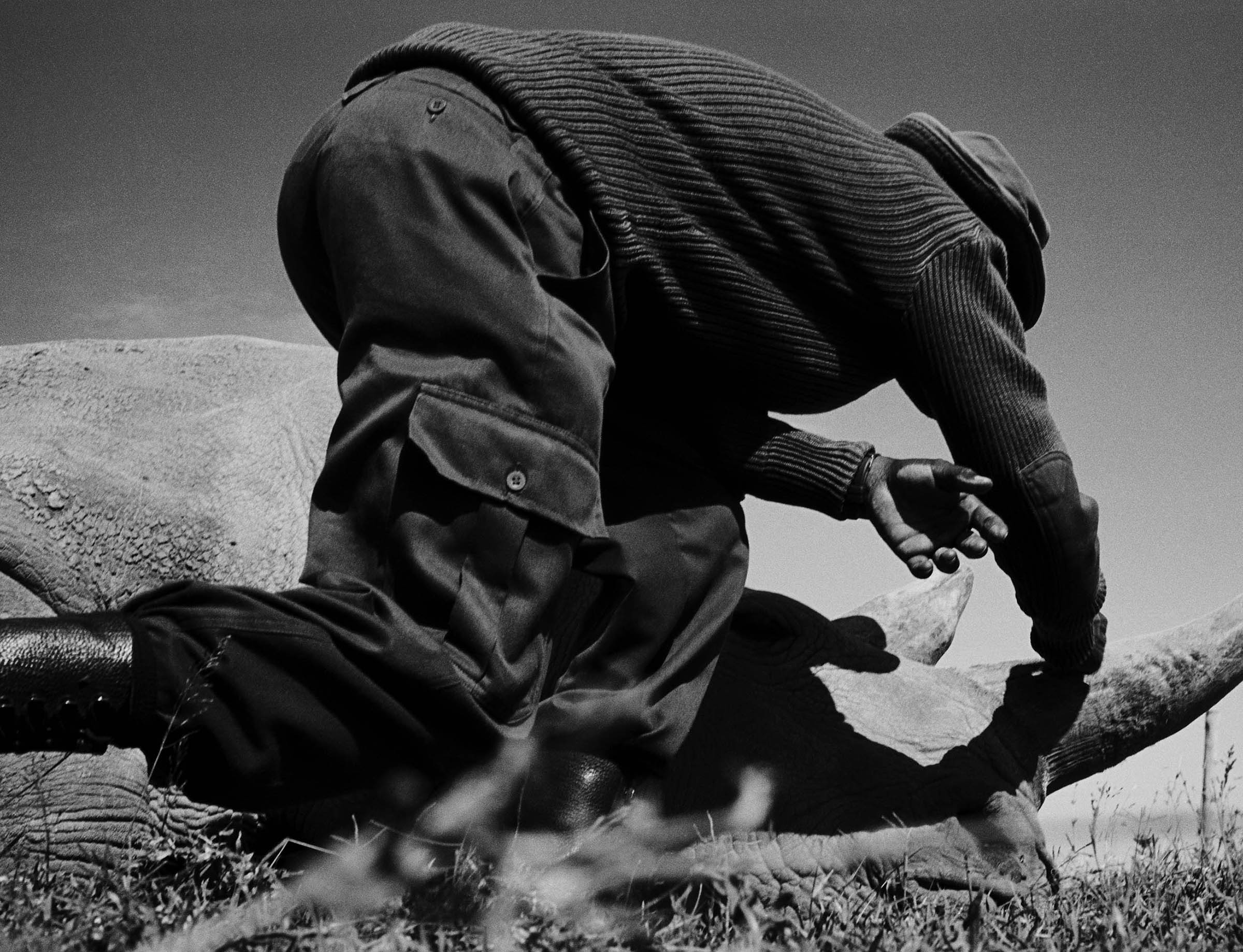 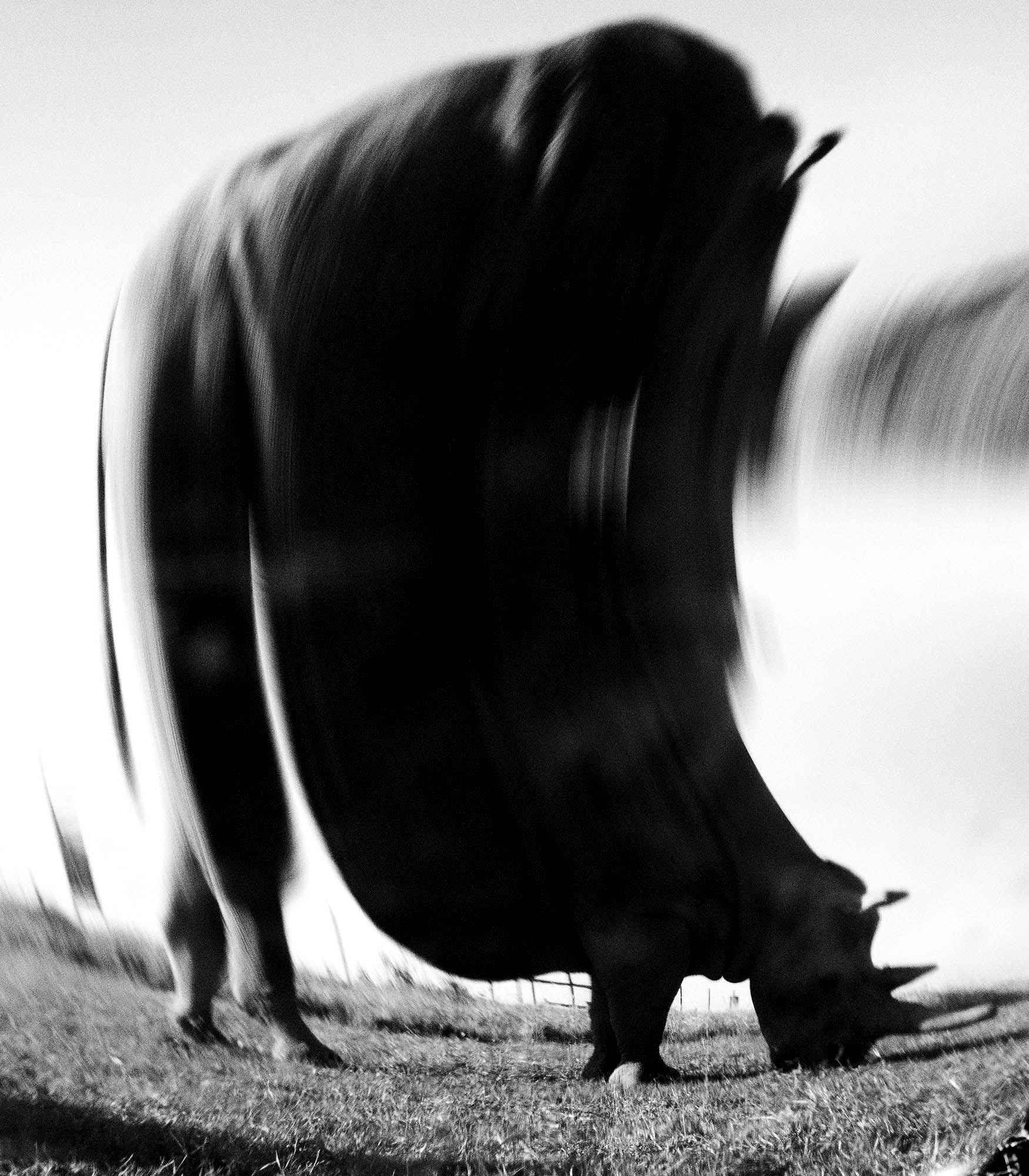