Paul Mpagi Sepuya on capturing the space between portraits

For Contact Sheet, Document asks a photographer about the unseen story of a frame that defines their work.

This was made during a residency at the Hyde Park Art Center in Chicago in the Winter/Spring of 2014. It is one of many candid observations, which is how I would describe most of the “studio” pictures. But their candid-ness is refined and comes in the down time between making portraits, the mix of planned and spontaneous formal elements, or after countless small re-arrangements, of an attuned eye.

I have photographed fabric for years with bedsheets and blankets recurring in my first portraits of 2005-06, and small mostly unpublished series of empty beds from the same time. By 2009-10 I was bringing used bedsheets into the studios where I had residencies—at CPW and Studio Museum.

Like many fabrics, this linen sheet followed me for years and most specifically my last few years in New York. It came from the wedding of two dear friends in the summer of 2011 and over time was tie-dyed, became a table clock, a beach blanket, a head wrap, a costume, a set. It carried stains and marks and imprints of all of these iterations and travels. A kind of accumulation that’s been a part of all of my work in various ways. The linen was finally destroyed in my farewell party leaving Brooklyn on July 31st, 2014. 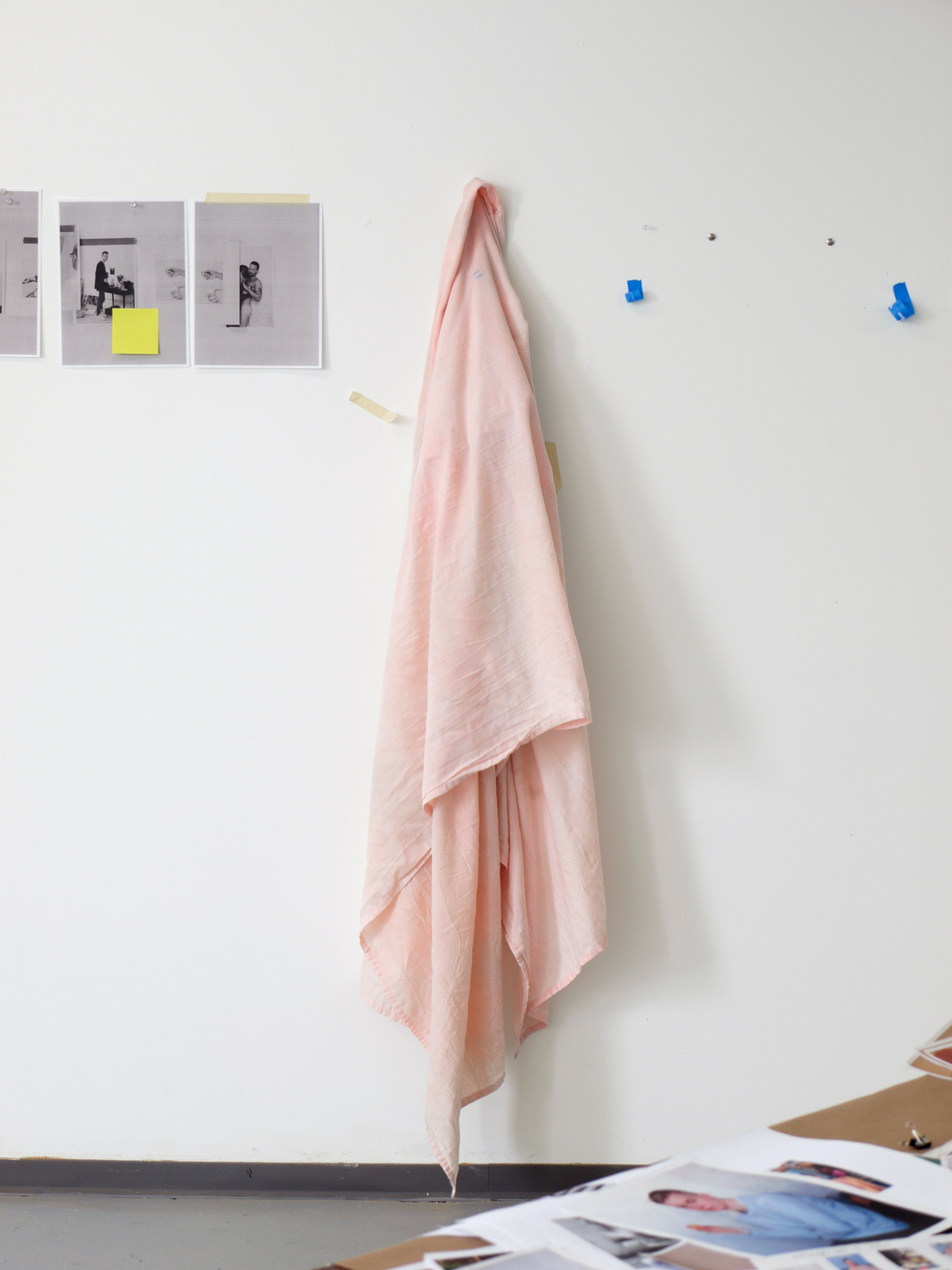