From dance moves to Dexedrine: A Paradise Garage regular's guide to looking (and staying) fresh when your night begins at 4am.

“My life lead me to the Garage,” Michele Saunders tells Document Journal. Growing up in France, her father would play jazz records, nurturing a lifelong passion for music that took shape when she moved to America to attend Mount Holyoke College in Massachusetts. On Wednesday nights, she’d road trip down to New York to catch the world famous Amateur Night at the Apollo Theater in Harlem.

In 1979, she met her soon-to-be husband Andre Saunders, who was producing Billy Nichols’s disco classic, “Give Your Body Up to the Music,” mixed by Larry Levan, resident DJ at the Paradise Garage. Andre invited her to see Nichols perform—an experience that would change her life.

“The very first time I went, I was backstage, dressed in a Norma Kamali outfit with high heels and a fur coat,” Saunders recalls. “I was like, ‘Oh my God! I am going to be back next week by myself, no husband, no high heels, no fur coat. This is where my new home is going to be.’”

From that day forth, Saunders was a Garage regular, attending every Friday and Saturday night with a coterie of dancers who came together for the love of music and dance, fashion, and fun—the creative spirit of downtown New York when anyone could afford to live and party in Manhattan.

Saunders had two eras in nightclubs, the first lasting until 1985, when life was all about glamour and dancing the night away. After that she became a manager for acts like Serious Intention and Anthony and the Camp, focusing exclusively on the business side of the scene. Here Saunders shares the old school rules from her first era for nightclubbing in high style.

“Once I started going to the Garage, there was no choice: it was the Garage every weekend. There were other nights in other clubs—the DJ was the only reason why we would go somewhere else.”

“I was part of a little group lead by Pumali. He was the leader of the pack. Everyone was looking amazing. We would rehearse together, dress together, and arrive together to dance. It became my little family.”

“Every week we would come up with a theme: Memorial Day, Fourth of July, August Beach Party, Christmas, New Year’s—[on New Year’s] everything was white and silver with little balls to look fizzy like champagne. Or we would choose weekly theme colors like black and gold. Friday was ‘straight’ so we would wear athletic looks. Saturday night was gay so we would go all out with glitter and sequins.” 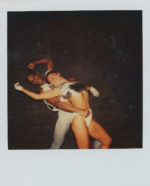 Have a Home Base

“We met at M&J Trimming on 6th Avenue and 38th Street every Tuesday—because Mondays we were too tired from the weekend—to find materials to make our looks. One person would tell a friend, and so on and so on—we were all on the same wavelength, and all the same size, somehow.”

Contribute to the Cause

“Pumali usually called the shots on who would wear what but everyone would interpret them their way. We would have a theme and exaggerate it accordingly to our own personality. Puma’s budget was extremely limited but he could make a miracle out of a shoestring. I started buying more sequins, feathers, a little more of everything. I didn’t know how to sew so I bought a big stapler and a glue gun. Some of the kids knew how to sew and started doing more intricate things.”

“When we would arrive at four in the morning, I would try to sleep before I went out. Then I would wake up, have a coffee and a shot of vodka because they didn’t serve any alcohol. We all dressed at the house and then took cabs to the club.” 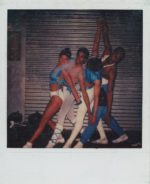 “If we arrived in different cabs, we regrouped outside the club in order to make our entrance. When I walked up the ramp into the Garage, I could hear the bass of the sound system. It was very empowering to be dressed in those costumes. Then we would go on the floor and people would move out of the way!”

“We stashed our suitcases with all our clothes behind the speakers and would change there. Those costumes fell apart [at] some point in the night. [Eventually] there was not much left so you were down to something really sexy like a g-string and then it was time to do something else.”

“One of the reasons I liked the Garage so much is there was a lot of respect. No one asked Boy George, Madonna, Diana Ross, or Grace Jones for a photograph or an autograph. They didn’t care if celebrities were there. They didn’t come to see them. They came to dance. Nobody danced with drinks. Everybody moved in tune. If someone stepped on your foot or pushed you they apologized.”

Have a Signature Move

“We rented a room at Carnegie Hall and we would meet to rehearse. Then, at the Garage, we would [dance] in a specific spot to attract the attention of the light guy so he would throw the lights on us. Larry would play a mix with a peak that takes you to church. We knew we were going to do that move where Pumali threw me in the air. We had signals but it was mostly instinct.” 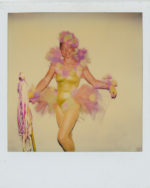 “I had two eras. The first one was when we all took what was called an ‘Xmas Tree’ that would keep you up forever; it was a Dexedrine but the problem was it makes you pee a lot. I didn’t like that so I stopped. Other people were in the bathroom doing coke and heroin and they didn’t go on the dance floor. For me, no thank you!”

Leave When the Time is Right

“Around eight or nine in the morning, Larry would play something and the floor would clear because people thought the party was over. Then, after they left, that Larry started playing fiercely! We would stay until the very end, noon or one in the afternoon. In other clubs, you would not wait to be the last one. That would be tired. But at the Garage it was different. It was the music.”

Make an Exit and Carry On

“We would leave freshly dressed in a new outfit according to the season. Everyone would go to Washington Square Park to smoke weed and talk about the party and the music. A lot of people went home after that but I met the Patricia Field crew and went to the store afterwards.”

“I always had a little pouch to keep necessities like Halls throat lozenges. They are so strong then I was not thirsty. If you have one, it keeps you fresh for an hour. My secret!” 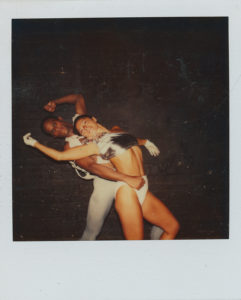 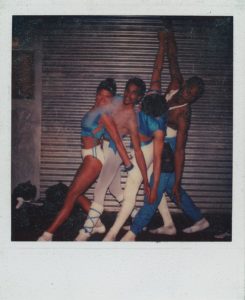 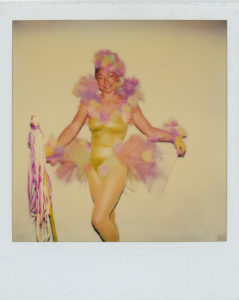