Michele Saunders and Tina Paul share memories and photographs from a weekend-long party where Grace Jones shared the DJ booth with Larry Levan.

Over a customized sound system designed by Richard Long, Levan would weave spellbinding tapestries of house, disco, rock, and pop tracks that kept revelers coming back for more. The Garage regularly hosted live performances by the hottest artists of the era, featuring everyone from Grace Jones to Whitney Houston, Sylvester to Divine, Klaus Nomi to New Order, Gwen Guthrie to The Clash.

Modeled on David Mancuso’s legendary invitation-only parties at The Loft, where no liquor was served, the Garage was a members-only club that curated its attendees as carefully as Levan selected his records. The three decades after the club closed, it remains an icon of New York’s nightlife hey-day, living on as the annual Paradise Garage Reunion, to be held this August 30 and 31 at Elsewhere in Brooklyn. In advance of the festivities, Garage members Michele Saunders and Tina Paul look back at the last weekend at the legendary club.

Michele Saunders—The last night lasted three days! Every weekend, I used to wear intricate costumes, but on the last night, I was simply wearing the commemorative t-shirt they made in honor of the final weekend.

Tina Paul—I tried to go the Friday night with a group of Pat Fields kids. We couldn’t get in because it was way over capacity. They told us to come back in an hour so we rode around the city. When we got back it was daylight and we [still] couldn’t get in. On Saturday night, I was more determined. I spoke with my friend Gilbert Libran and he said, ‘Honey, you’re going, and don’t you worry about it. I’m wearing a dress and you should too.’

Michele—The energy that weekend was different. For me it was not about dancing but feeling the place so it would stay in me forever; the sound that cannot be replicated anywhere, the lights, Larry in his booth, different groups of friends, the dancers, the rooftop. Everyone knew there would be other places where people would meet again and you take that vibe with you but I never found it in the clubs.

Tina—The last night, I wore a skirt, and I’m not a skirt person. I knew that once I got in, I wasn’t going to leave, so I had to be prepared. I brought an extra pack of cigarettes, two airplane bottles of liquor, and an extra roll of film. We got there at three in the morning and it was so jam packed that you could not move on the dance floor, so I was hanging out in the punch bowl room. I ran into Chi Chi Valenti and Johnny Dynell. I was speaking with Chi Chi about how this was so epic and then a light bulb went off. We realized this was something that was not going to be repeated. I had to try to document what was going on. I went up the DJ booth then Liz Torres came on stage. I shot it from above so the people look like ants. Not too many frames. Back then you didn’t overshoot and I was trying to conserve film. I was shooting one-frame snapshots of Liz with Larry and Keith Haring with Larry.

Michele—For me it wasn’t a party night. It was reflecting and trying to capture all the moments. Having my picture taken on the ramp, in the changing room, the bathroom, the glass room. I wanted to keep those moments alive. I spent most of the evening collecting stuff like the gel from the lights and confetti from the floor. I made a little shrine with these things plus the t-shirt I wore, the invitation, and the other flower—I gave Larry one and kept the other.

Tina—By 8pm on Sunday, the punch bowl room started thinning out and you could get into the dance floor room, though there were still a lot of people in there. Larry’s mom, Minnie Levan, was in the punch bowl room and she was speaking to whoever was left and thanking them, saying, ‘The Garage is dead and now we can all go home and be in misery.’ It was very emotional. People were crying and not wanting to leave. I took my last shots inside and left around 9pm.

Michele—That night Larry played beautifully, like it was not the end. The only difference was it that it had been going for three days non-stop. People were strolling in a daze. They did not leave. Later everyone met at Washington Square Park after the club.

Tina—Larry was an incredible DJ. You felt a lot of love in that room. He played such an array of songs. I remember hearing Nina Hagen, Rolling Stones, Talking Heads. He was the only one who could play the heavy-duty dance music and mix it with rock ‘n’ roll. He was a rock star that way.

Michele—The Garage gave me a chance to be completely free and express myself with total confidence. I was 42, 43, it didn’t make any difference. I felt like a part of the dance floor and the New York sound. Larry played with people’s minds; he would tell stories with people’s songs. He was something, I tell you. The last night is still in everyone’s heart. It’s not the past. It’s the present and the future. 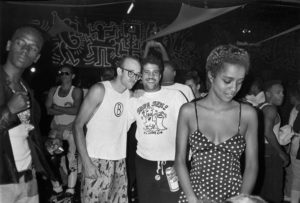 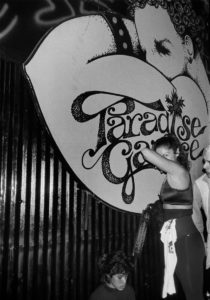 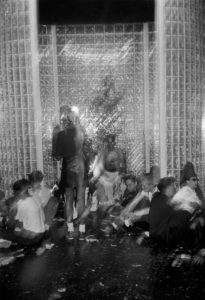 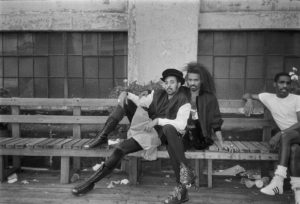 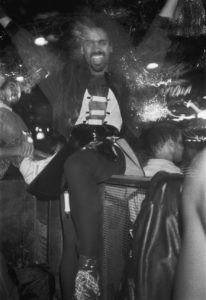 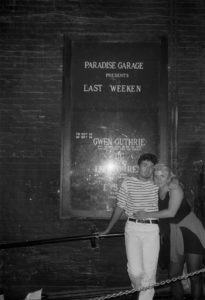 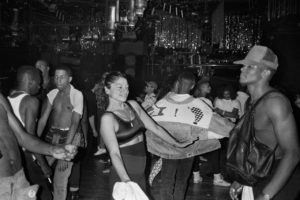 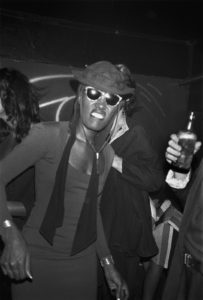 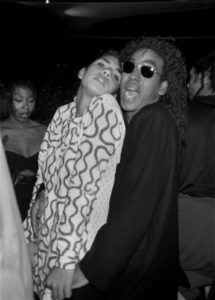 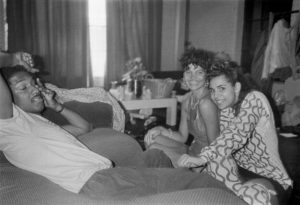 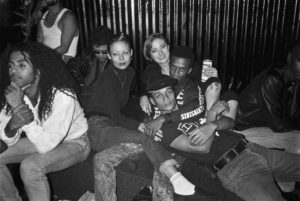 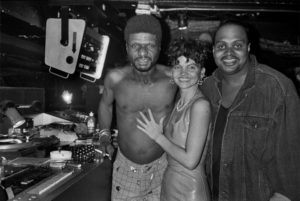 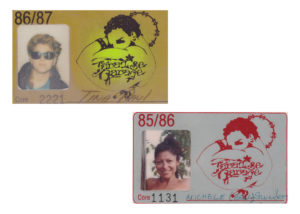