As the fetish legend enters Month Two of isolation in the California desert, he ponders if each passing day is how the world will end...

Starting on the eve of the lockdown in Los Angeles County, photographer and “King of Fetish” Rick Castro has been publishing a daily diary on his blog. (Originally named Antebellum, a Latin term that means “before the war,” the blog was presciently reborn in 2016 as Bellum—a think-tank slash political salon for a newly tumultuous political climate turned yet more dystopian amid a global pandemic.) Fleeing LA in his dad’s 1990 Ford Explorer, Castro headed to his mother’s cabin in the California desert to wait out the plague with a potbelly stove and infrared heater. One month into near-total isolation, Castro is sharing his thoughts and reflections with Document. So is this how the world will end? 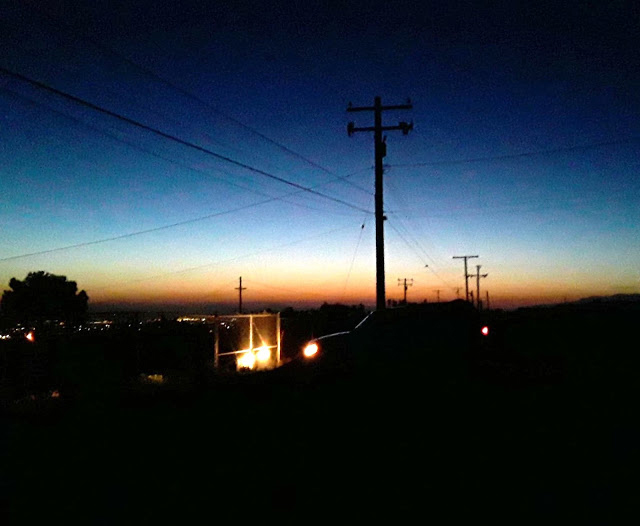 For the first time since the plague mass lockdown on March 19, I came back to Los Angeles. I wasn’t looking forward to it. I left at the crack of dawn, 4:30am… barely light out. Driving my dad’s 1990 hand-me-down Ford Explorer down Pearblossom Hwy only to realize I’d forgotten my phone charger. I can’t be in LA without a phone charger… I’ll have to go back. There’s a big difference in the city if you forget something and then backtrack home. In the high desert the vast darkness leaves me looking for the one little turn-off that takes me back to Bee’s cabin… Awww, gone for only 10 minutes and I missed her already.

And back I go again… took my time coming home… it feels odd to say that… mixed feelings… do I really wanna do this? Of course I have to. My original intention was to bring whatever supplies Al & Bee might need. They are safely quarantined with Remia, their live-in caregiver. Because of Alzheimers they’ve been self-isolated for over two years. The environment is antiseptic and safe. They’ll probably outlive all of us! Remia texted me, “Make sure you’re sanitized LOL.” I wrote back, “No joking aside, I feel like I had it and got over it.” She immediately responds, “No, please don’t come. We don’t need anything. They are good.” This didn’t hurt my feelings.

I actually agreed. Who knows what to believe, and how many strands and mutations this thing will have.

The other main reason to come back is to make sure I still have an apartment and work out some kinda of payment agreement with me landlord. Hopefully I received the infamous stimulus check. $1,200 is supposed to take us thru this plague mass with flying colors. Maybe I’ll have other payments from someone or something, if i’m lucky.

My friend Kate sent me an article about the similarities between rich people’s reaction to the black plague (as told by Boccaccio, later by Pasolini, in The Decameron) and their reaction to today’s plague. Striking similarities—the rich sequester themselves in country estates with wine and food (does this make me rich?) while the poor forced to stay home and work succumb to illness. What Boccaccio didn’t have to contend with was groups of anti-quarantine protesters in Georgia and the great, dumb state of Texas, spurred on by Betsy DeVos and Trumpworld. Maybe the next chapter in the saga can be The Masque of the Red Death where Edgar Allen Poe depicts an indifferent billionaire who has a masque ball to amuse himself during plague.

LA is eerie; crowded and empty at the same time. Why are so many people without masks? Jogging without masks. All these mask-less people walking their dogs, carrying bags of shit while on their cell phones. In the same hand! Now driving down Hollywood Boulevard—just a couple more blocks to my apartment. Oh look, there’s a line where everybody is wearing masks, observing social distancing of six feet apart. Is it a market? A line for benefits? A local election? No, it’s a dispensary. At fuckin’ eight o’clock in the morning! Can you even get any more LA than that! Maybe smoke isn’t the best thing for your lungs during a plague that affects your lungs? 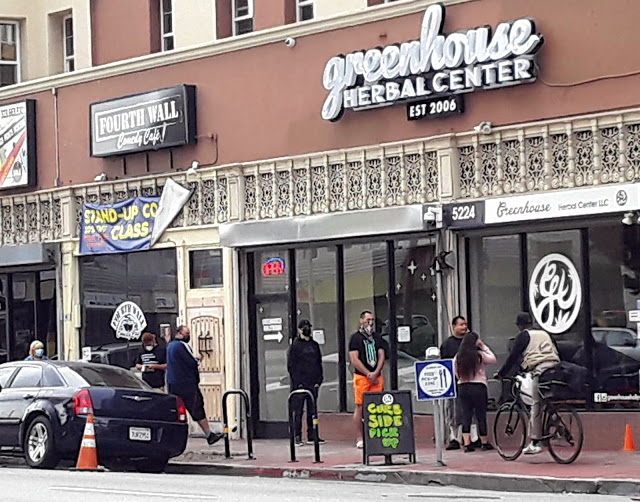 Back at my East Hollywood apartment, it is so quiet. Oh look, I’d left a copy of my will on the table. I guess I was in a dramatic state when I fled Hollywood. Not much good that’ll do now, might as well toss it. Wow it sure is nice to have fast WiFi… I’d forgotten what that was like. Ok, checked me mailbox, very full… gotta sit down and go thru everything. I’m exhausted already…. Ok, past due bill… another bill, a bill, doctor’s appointments (which I’d cancelled), yet another bill… A note from my landlord! It’s a form letter stating everybody will get a $200 discount on April’s rent. I’d already paid April’s rent before I fled to the high desert, how about May?

That’s when I need the help, May and beyond. No checks from anybody, no grant responses, no stimulus, no refund from AAA, nothin. Oh penis… why the fuck did I come back. 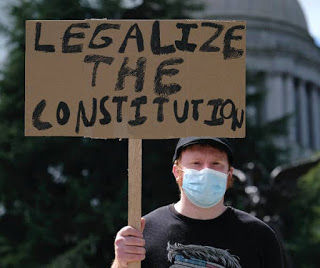 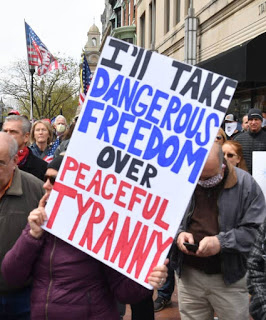