As part of Birkenstock’s 1774 collaboration series, Document Journal meets 10 creatives making the Hudson Valley a kingdom of their own. 40 years after its first issue—and 4,000 miles away from their London home—‘i-D’ founders T&T find a ‘creative, slightly bonkers’ family in Woodstock, NY

For the first five years of its life, i-D ‘s headquarters was Terry and Tricia Jones’ Camden home in London. Some of the magazine’s most culture-defining images were assembled by hand in Terry’s upstairs studio: including The All Star Issue from 1983, Sade’s first magazine cover and i-D’s first issue in portrait orientation; and 1984’s SeXsense Issue featuring an unsigned Madonna decked out in a frosted perm and a fuzzy sweater borrowed from Caryn Franklin. It wasn’t just the cover stars who signified the future stars of tomorrow. Many of today’s most visionary characters received their first proper education right there in Terry and Tricia’s kitchen, over heaping plates of Tricia’s home-cooking. In addition to their own kids Matt and Kayt—now esteemed artists in their own right—Terry and Tricia nurtured Franklin, Wolfgang Tillmans, Nick Knight, and Dylan Jones. (Perhaps most famously, they made an 18-year-old Edward Enninful the youngest-ever fashion director for an international publication.) All you needed was the right attitude. And maybe the willingness to let Madonna steal your favorite sweater.

Almost 40 years after publishing that first hand-stapled fanzine, Terry and Tricia haven’t changed a bit. Their collaborators are still simply people they get a positive vibe from, and the best days still end sharing a meal around the family table. Only now the couple’s kitchen is on an old horse farm in Woodstock, New York. Their son Matt and his wife Jicky had already been road-tripping to the Catskill Mountain town for years with their own kids, and officially relocated there after landing their dream house in a divorce settlement. “We’re here because they’re here,” Tricia says, recalling the first of many trips to Woodstock she’d make with Terry during New York Fashion Week, when they were still working at i-D: “I stood in the middle of town, and I said, ‘I feel strangely at home here, it’s weird.’ And that’s the god’s truth about the first time I came to Woodstock.”

Nine years after moving to Woodstock, Terry and Tricia are immersed in a community appreciative of the same things they are: art, nice food, and the breathtaking reservoir at the eastern end of Catskill Park, which many locals visit every morning, and speak of with religious fervor. “We feel we’re part of the community now on the Ashokan,” Terry says. “It’s like a church, you know—you see the people, it’s a kind of regular congregation.” As i-D nears its 40th birthday, Document spoke to its founder and mum about vegetable-picking, crate-digging, and being inspired by big nature. 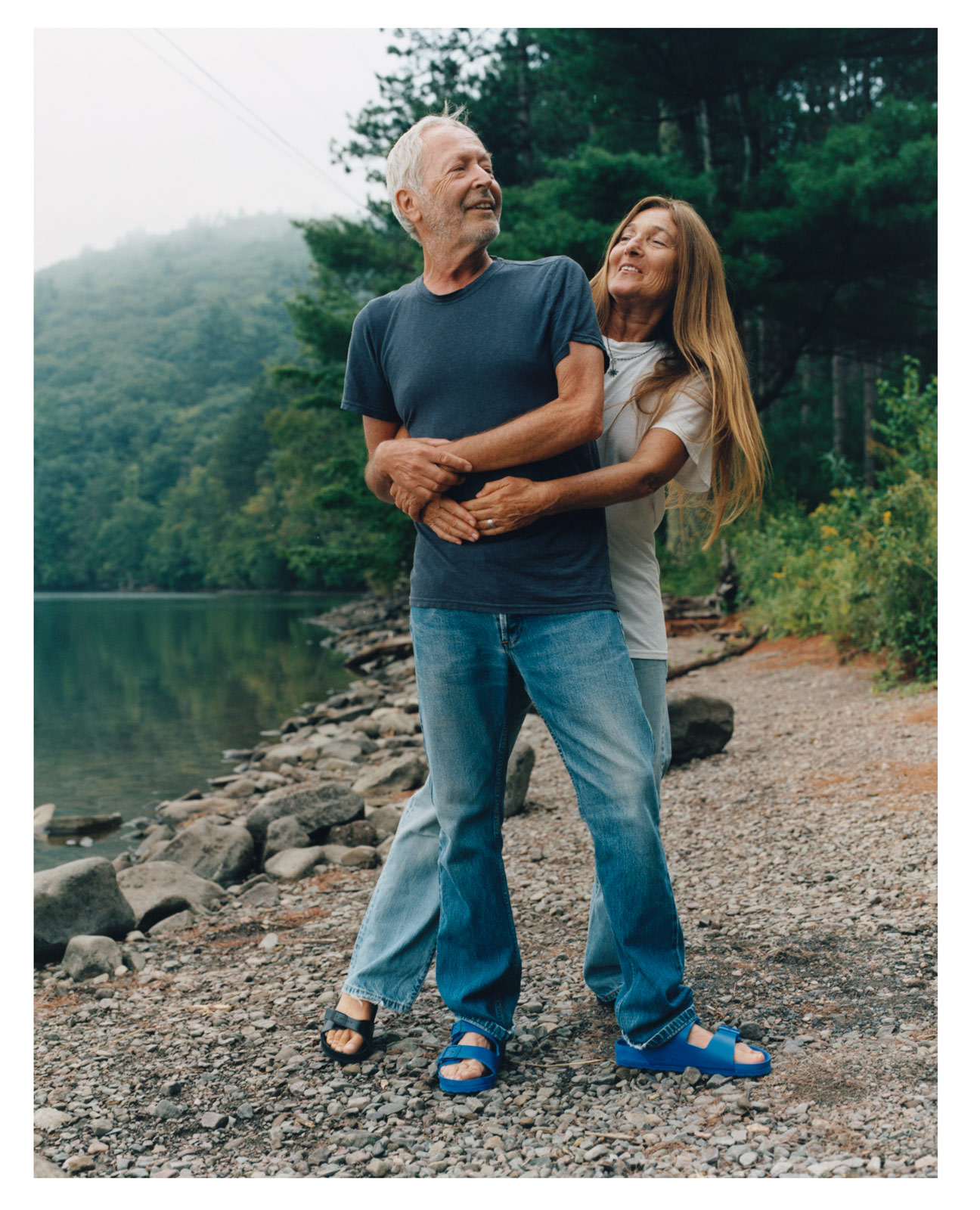 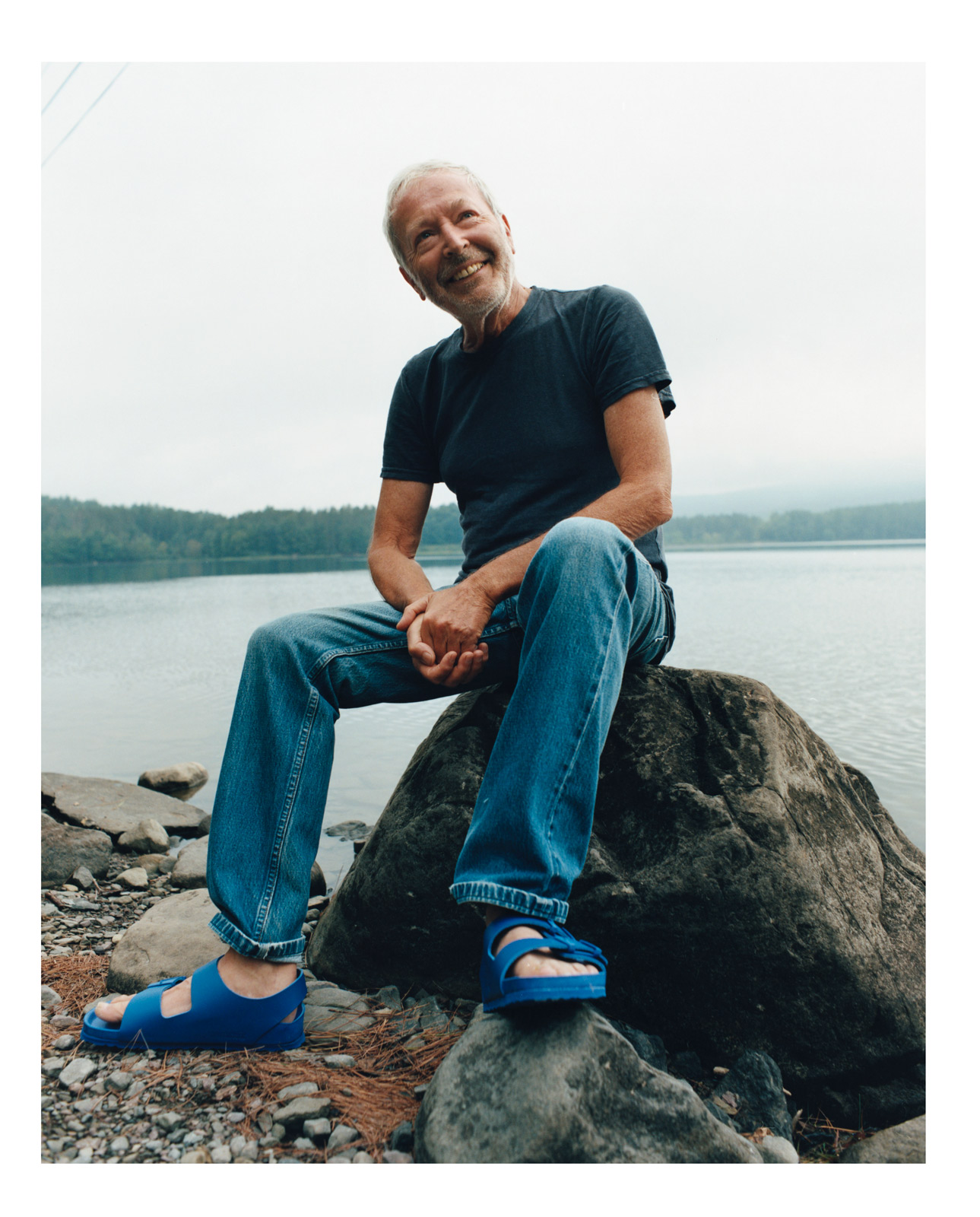 Document—Describe your perfect day in Woodstock.

Tricia—My perfect day would be kind of what we’re doing now, which is starting with a walk, or a cycle, at the Ashokan. Hanging out here at the house, spending time with the grandchildren and Matt and Jicky—sometimes we end up having dinner at their house or the kids come round here and play. Seeing friends in the evening, as well, you know, people coming for dinner, going to other friend’s houses.

Terry—Every season—well, actually, every day—is different. One of the inspiring things is at the end of the day, when the light goes down. The view and the lights and the colors are different every day.

Tricia—I’m an early summer person. I just love the summer; I love when everything’s just that fluorescent green. It’s beautiful, but it always makes me sad because it’s gonna be the winter, and the winters are long up here.

Terry—I like every season, because when it’s freezing cold, you can get incredible blue skies, and then just everything is black and white below. And when you get misty days, we have Cooper Lake around the corner, which mists up. So it’s like being half blind, where everything is monochrome…I think where things start becoming mysterious, and that’s kind of magical. 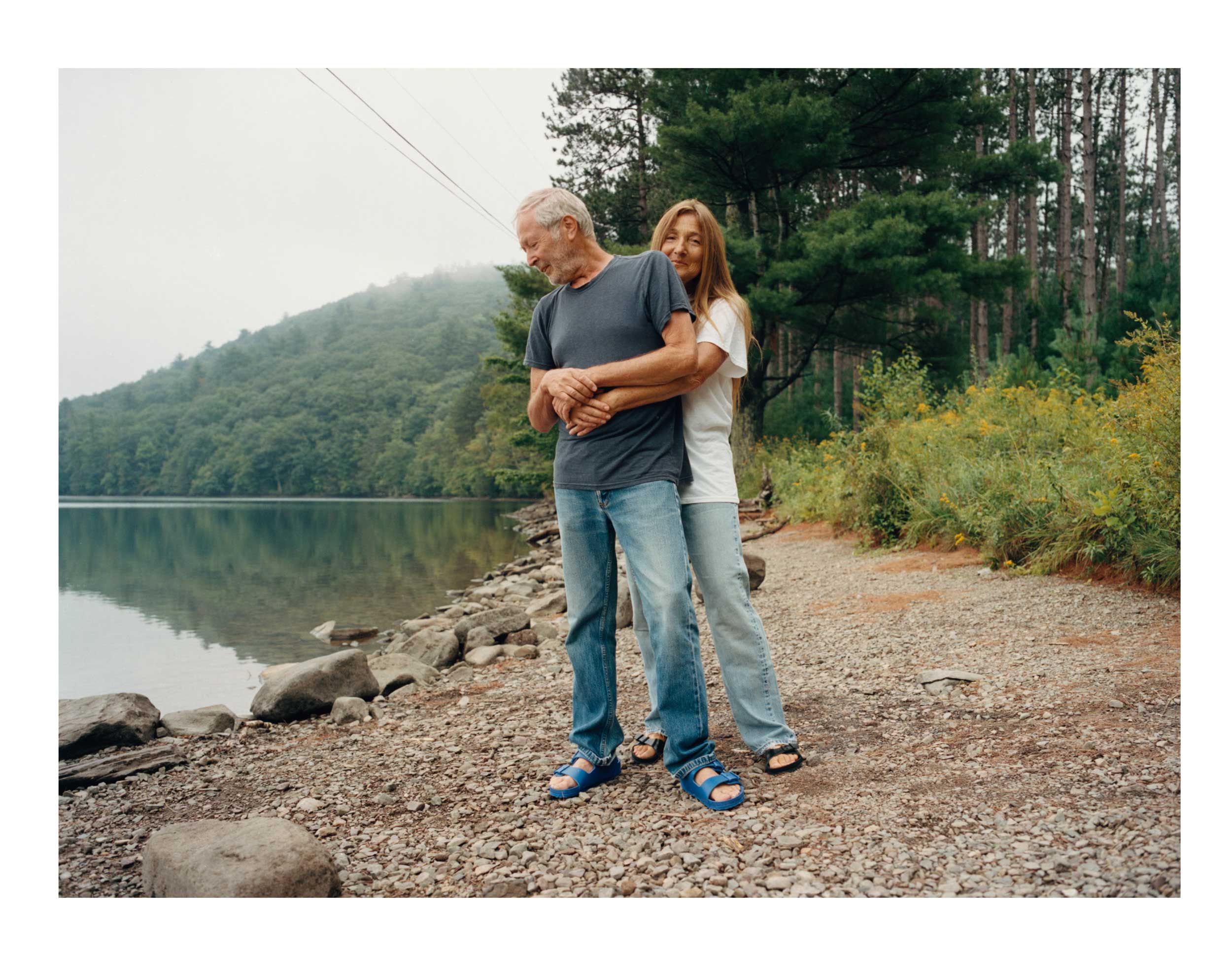 Document—What inspires you about the community here?

Tricia—It’s funny, because when I said I feel strangely at home, it was really as I stood in the center of town without meeting anyone or knowing anybody, I was like, ‘There’s something about here,’ and it’s that mix of democrat, creative, slightly bonkers, rather hippy. It all kind of touched who we are.

Document—What music do you like to listen to upstate, or what songs remind you of being there?

Terry—I’m always raiding the vinyl stands in the market. I’ve started switching from the eclectic mix I brought along to stuff that I never really got into, so on the jazz side it’s all the classics: Chet Baker to a whole bunch of stuff. If I like the album cover I’ll buy it without knowing who the musician is. I bought a Yoko and John Lennon album I’ve never listened to because it had a sky blue cover. Country seems to be appropriate here, and I’ve never really listened to Arlo Guthrie before. I bought Willie Nelson singing Kris Kristofferson because…

Tricia—I walk into the studio and heard it playing, and I was like, ‘Are you joking?’ I’m a huge fan of Kris Kristofferson. ‘Sunday Morning Coming Down,’ ‘Me and Bobby McGee,’ I mean, you name it, I absolutely love his stuff.