When Olaf Breuning turned 40, he hit a midlife crisis, so he thought the answer was to decamp from Tribeca and look for a place in upstate New York. Breuning discovered a house in Kerhonkson, a small hamlet with a population of 1,684, and bought it. That was nearly a decade ago, and now Breuning lives and works there full-time with his wife Makiko and their daughter Aka. “A lot of artists choose to come here because you have more space, it’s really easy to get materials, and there’s not as much community around,” says Breuning. “Plus, it’s not so incredibly expensive like the city.” Although Breuning says his practice is more influenced by people than nature, he thinks that its effect changed his way of thinking. “I’m surrounded by nature—a lot of nature—so maybe I think more about the very fundamental things of life than I would have in New York,” he says. “That probably changed me.”

If there is one word that describes Breuning’s art, it would be cheeky. The Swiss-born artist approaches his work with a heavy dose of humor, as in the 2008 Whitney Biennial, where he created an army by connecting teapot bodies to heads made of lava lamps, disco lights, and other assorted objects to comment on the West’s fascination with the exotic. Four years later, Breuning created a trilogy of art films called Home in which the protagonist, a man of the same age and stature as Breuning, traverses throughout New York making a fool of himself. In 2018 he unveiled a comical cartoon character sculpture with the words “I AM MOTHER NATURE AND I WILL EAT YOU” on it at the Carmignac Foundation in Porquerolles, France. His two Instagram accounts are just as entertaining. His first one, @olafbreuning, features faces fashioned from anything—a tomato looks as if it’s smiling while half of a lemon appears angry—and will debut as a book this fall, while @olafbreuninglife displays hilarious sketches.

The last few months have been busy for Breuning, who showed stone sculptures he calls “worried and sad animals” in February at Zona Maco in Mexico City, along with woodcut paintings in a solo exhibition at Carbon 12 in Dubai. 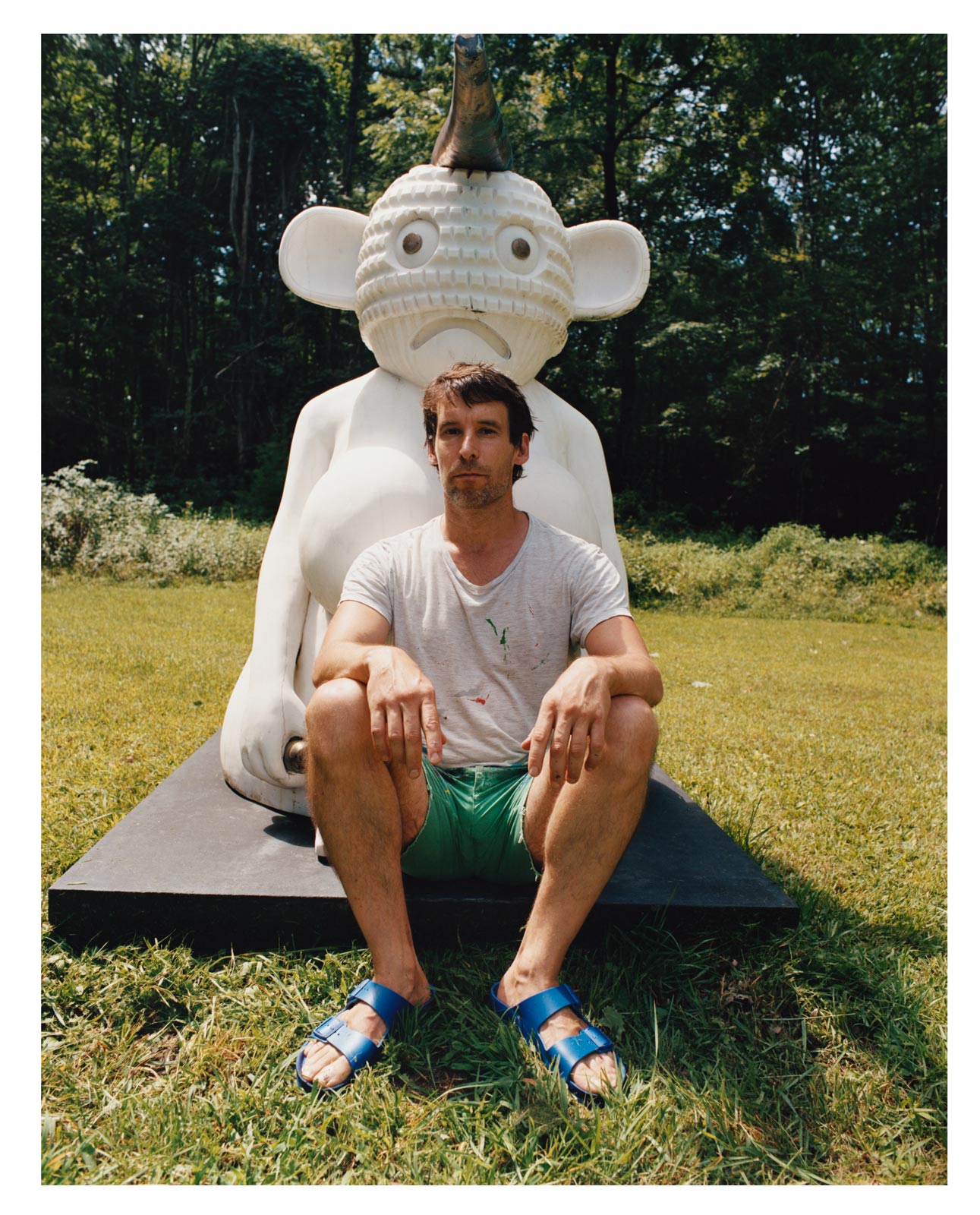 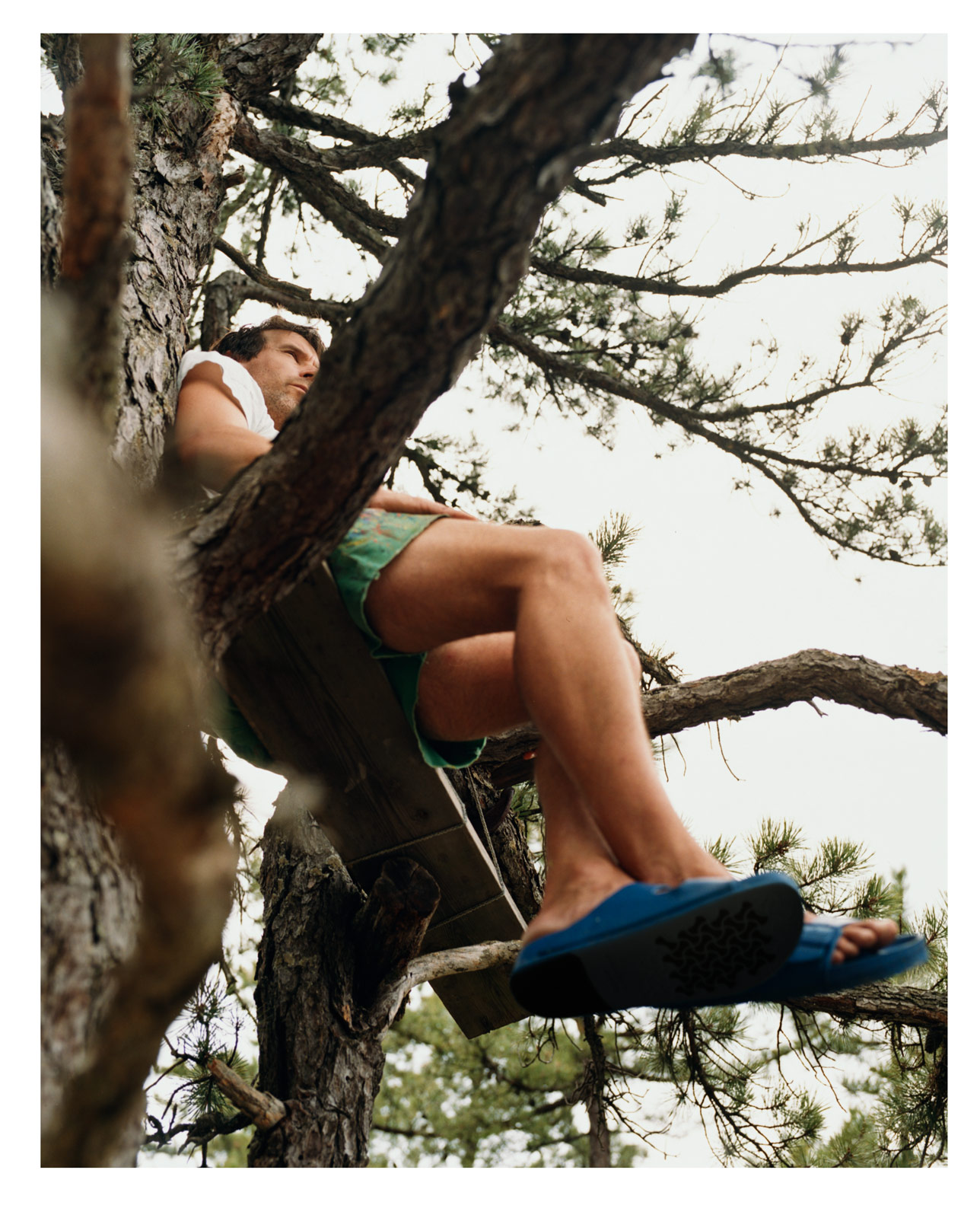 Shoes, worn throughout, by Birkenstock 1774.

Olaf—Getting up early, cooking Japanese breakfast for an hour, eating with my wife Makiko and daughter Aka, then going to the studio to work and see where the day will take me.

Olaf—Visually, I like winter—all is brown and transparent. I am not such a big fan of green, and there is a lot of it up here.

Document—What can you find living in upstate New York that you can’t find anywhere else?

Olaf—Being in nature but not far away from New York City. This is very special. You feel remote but close. 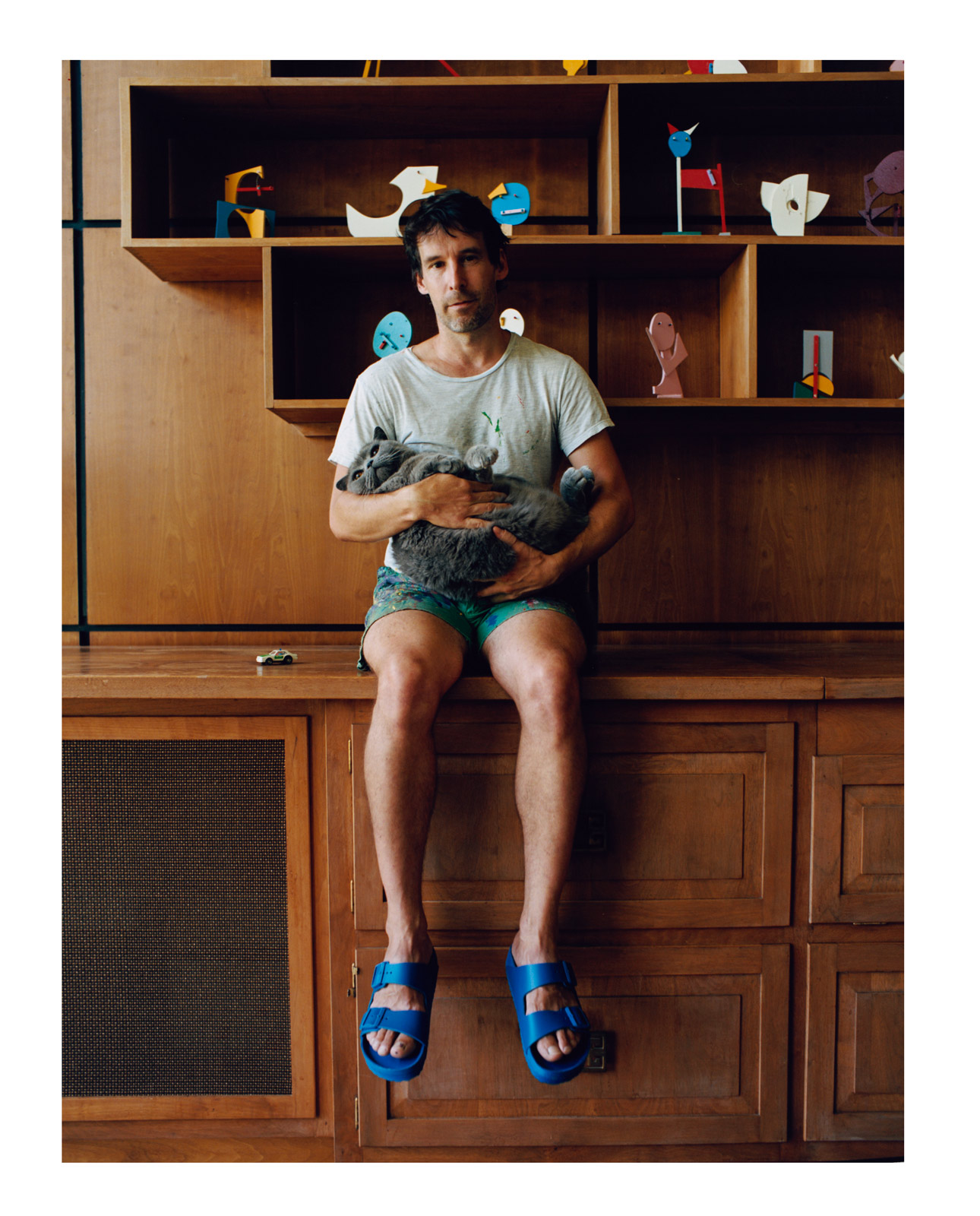 Document—What is the first place you can’t wait to take friends?

Olaf—Our land. We have a spot where you can see the Catskills in a panoramic view.

Document—Tell us about a close encounter with New York nature.

Olaf—You see a lot of wild animals including rattlesnakes. I had one in my lawn! But the most dangerous one is the smallest: the tick. This is a pain in the ass, you always have to check yourself. That’s another reason I like winter: They are all dead or frozen.

Document—Tell us something you learned while living upstate that you might otherwise never have known.

Olaf—That there is something called a septic tank. 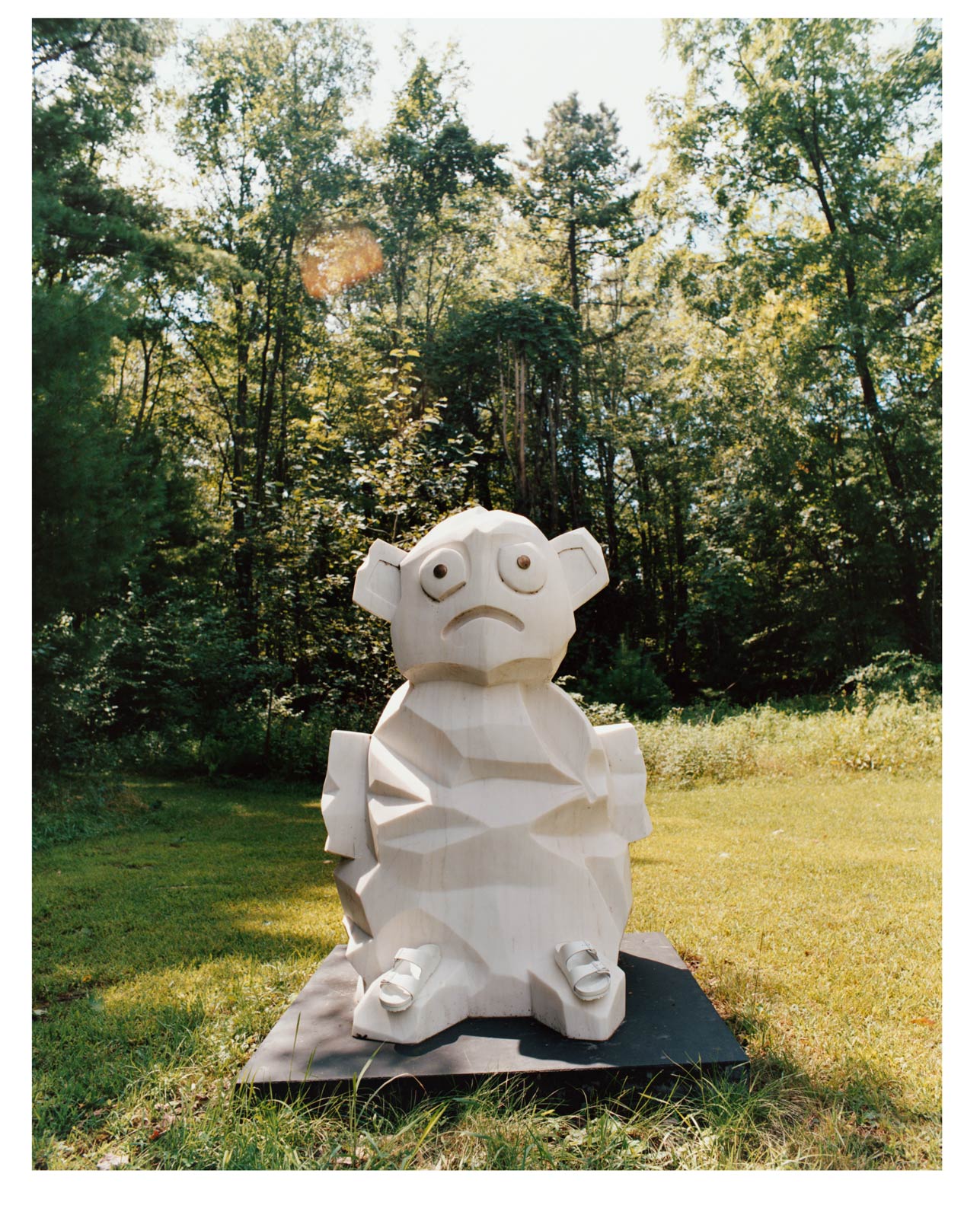 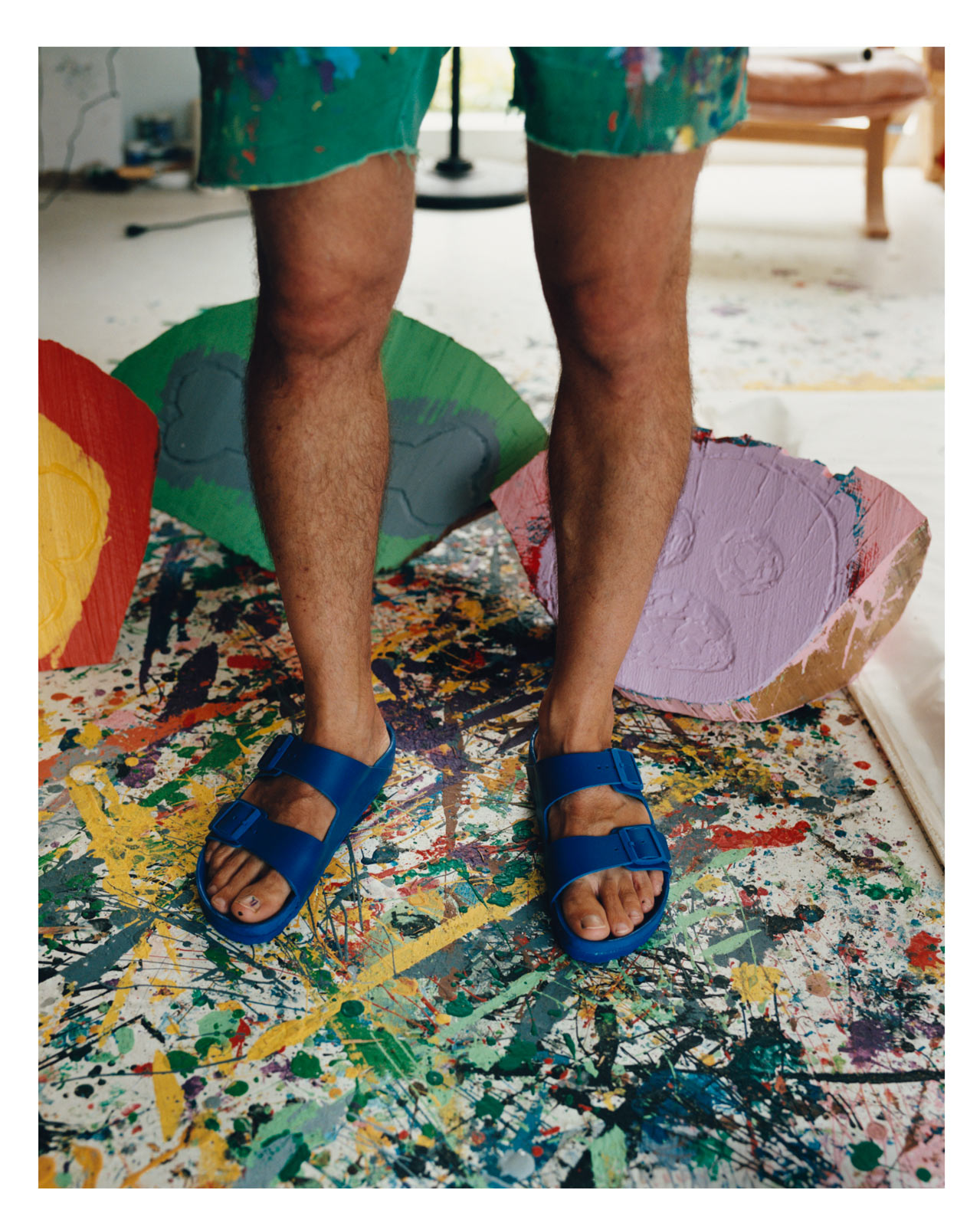 Olaf—We love mid-century and we have some local sellers around here with good prices. Don’t go to Hudson—it seems to be more expensive than New York City if you want to buy mid-century.

Olaf— We are very close to Minnewaska State Park. It’s beautiful there.

Document—How do you feel when you return upstate after being away?

Olaf—I always love to drive back home. I love driving.