As part of Birkenstock’s 1774 collaboration series, Document Journal meets 10 creatives making the Hudson Valley a kingdom of their own. Dig Inn’s ‘Farmer-in-Chief’ shares the challenges and delights of upstate farming

Once a glacial lake, the Black Dirt Region‘s soil is incredibly fertile, a mixed blessing for farmers like Larry Tse, the Farm Manager at Dig Inn’s 20-acre agricultural outpost, Dig Acres. “Our crops grow really well, but the weeds grow even better,” he explains. Though Dig Acres annually produces roughly 200,000 pounds of food for Dig Inn, the ecologically and community-minded lunch spot fueling Soho creatives and midtown execs alike, Tse emphasizes that its primary focus is education. Through a new farmer training program, the Dig Acres staff teach all aspects of running a farm, from tractor operation to greenhouse management to—predictably—weed management. According to Tse, organic farming in the Black Dirt Region is extremely difficult with the weed pressure, some of the highest he’s ever seen. “We want to get more people out here and show them that there’s a viable path for organic farming in the black dirt.”

A farmer’s day during harvest is busy; Tse and his crew of six move two to six thousand pounds of vegetables a week. Tse decompresses after work by having dinner with the Dig Acres field manager, who happens to be one of his best friends from college. When he has time, he enjoys walking through Storm King Art Center. “It’s such a large park that even when it’s busy you can still feel like you’re the only one there,” he comments. “To walk through the woods and keep chancing on different sculptures is a delightful thing.” Here he gives a local’s guide to the benefits of living upstate, from the best hiking trails to the occasional bear encounter. 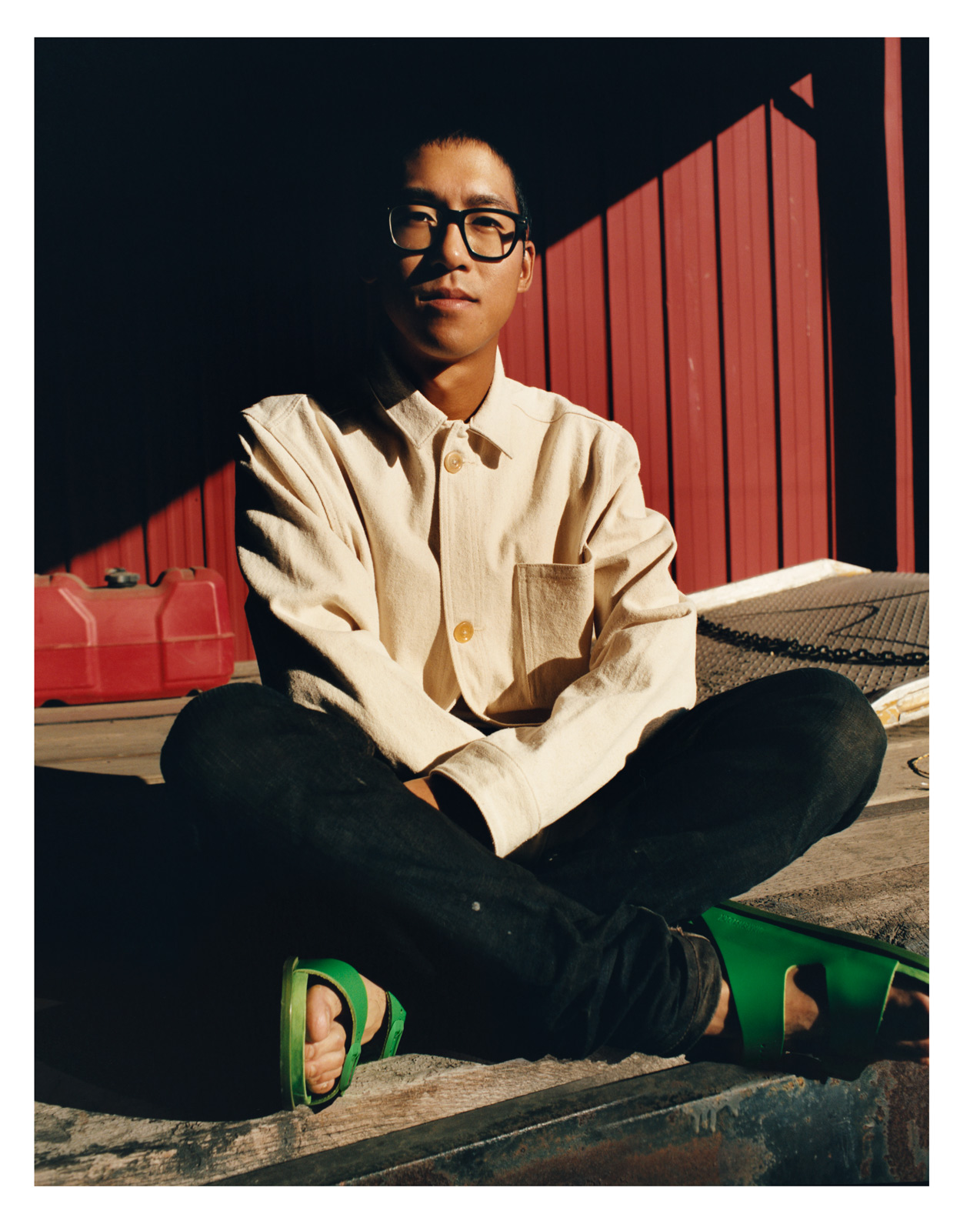 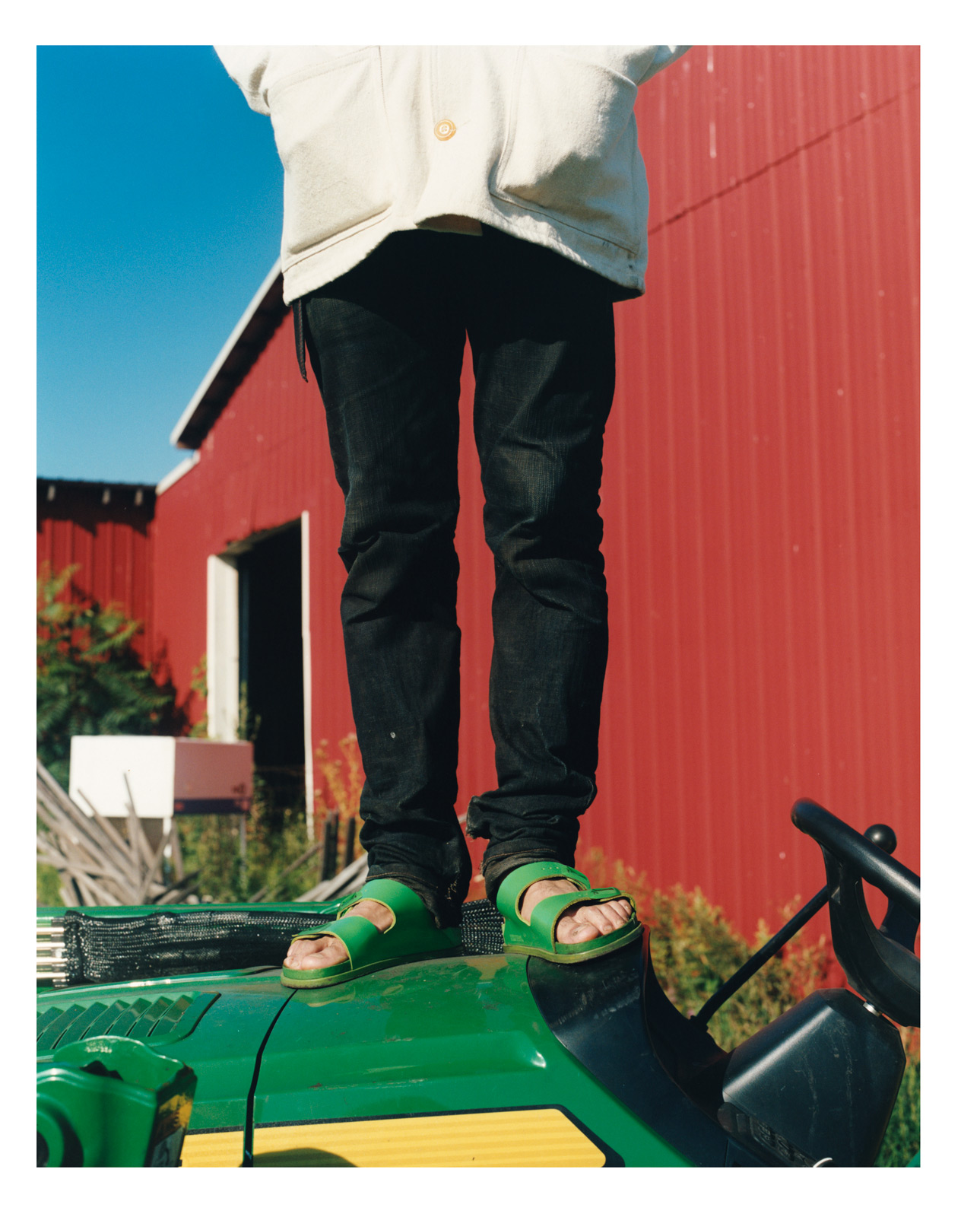 Document—What is the ethos of Dig Acres?

Larry—The core of what we do here is to educate people, and that education takes a lot of forms. It helps people, I think, on our team, find themselves, and find something that they love doing. And it helps people who love what they’re doing, like our chefs, understand their craft even more.

Document—Why do you live upstate? How does it differ from the city?

Larry—I lived in NYC right after I graduated college, and since then I’ve bounced around farms and rural places. Living in the Hudson Valley seemed like a perfect fit for me—I get to do what I love (farming) and still be close to the city where a lot of my friends ended up. It’s nice to have the peace and quiet up here, though I’ll always miss being able to get pretty much whatever you want whenever you want when you’re in the city.

Larry—I’d sleep in a little, since it’s a rare treat for a farmer to sleep in past seven. I’d make myself some coffee and do some reading, maybe take a walk through Storm King. Head over to the farm, stroll through the fields and make sure nothing catastrophic has happened, and then gather some things for dinner before heading home. Would probably end the day at one of the ice cream stands that dot the roads up here.

Larry—When the snow starts to melt in the spring, you can smell the seasons change. Gray turns to green, and the first leaves of our plants poking above the soil breathe life into the new season ahead of us.

Larry—Small farming town. The black dirt is ingrained into the DNA of the area— everyone farms, used to farm, or knows a farmer. You’ve got gruff, silent guys who will help you with your tractor without you asking, and you’ve got folks who will talk your ear off for hours about the days when they would pick onions from sunup to sundown.

Document—What can you find living in upstate New York that you can’t find anywhere else?

Document—Tell us about a close encounter with New York nature.

Larry—New Year’s Day I decided to take a hike in some woods near my house. I was spacing out, listening to music, when I realized that the giant bear paw prints I was walking on had to be fresh because it had just rained the night before. Before long, I got to a nice big pile of bear scat that was still steaming, and that was the moment I ripped my headphones off and turned around for home.

Document—Where are the best places to hike, stargaze, or get into nature?

Larry—Sterling Lake in Tuxedo has crystal blue waters and isn’t quite as busy as the more popular trails along the train line.

Document—Tell us something you learned while living upstate that you might otherwise never have known.

Larry—That the Hudson Valley is actually a fjord! Who says you need to leave the U.S. to see one.

Larry—Best farmers’ market in town is on my friend Guy Jones’—which is a great name—place called Blooming Hill Farm. A year-round farmers’ market and they make great pizzas on site too.

Document—Is there a person in your life you wish could accompany you here?

Larry—My grandma was really into gardening. In fact, I still have seeds that my family has saved from her garden, and I wish she was around to see the operation that I run now.

Document—Have you noticed a difference in your dreams since living upstate?

Larry—I always dreamt of having my own farm; I realize now that what I’ve wanted to do all along was show the next generation of farmers why this is the most fulfilling job in the world and how to make a living of it.

Document—How do you feel when you return upstate after being away?

Larry—As cheesy as it sounds, it feels like coming home. 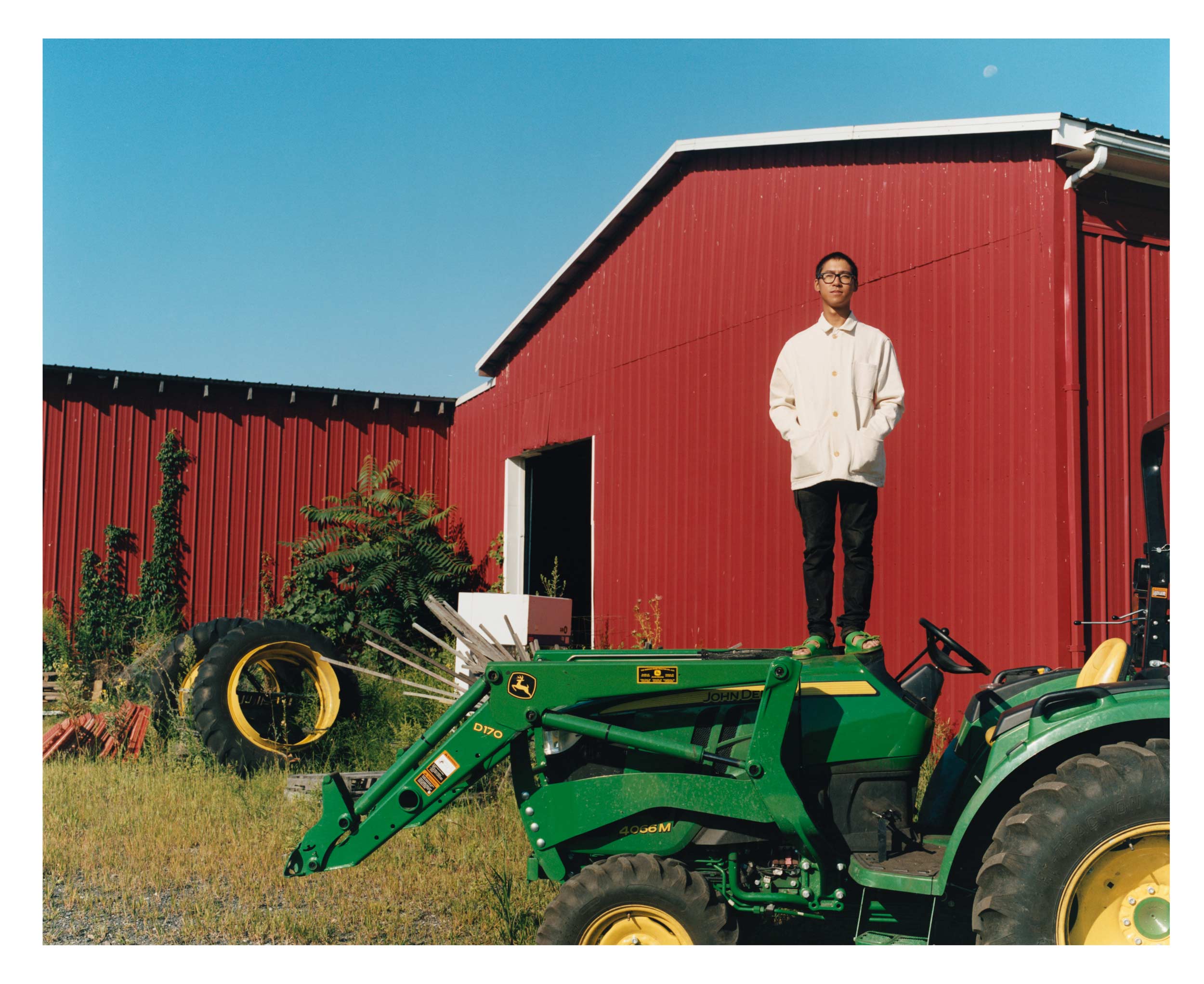