Hairstylist Holli Smith started out trimming trees. She's now one of the top artists in her trade, cutting right to the soul of her model's personae.

Holli Smith is a hair guru for so many (she’s been cutting my hair for 13 years) and a major commodity in fashion. I first met her at Burning Man in 1998. I approached her dancing in front of some oversized flowers in one of the camps. When she turned around and said my name, I realized that she was the girl that people were trying to set me up with for quite some time (If I had had any idea that she was so beautiful and amazingly talented, I would have accepted that date with her a long time ago). We ended up spending two and a half years together. Now she is my best friend, my sister and I consider her to be one of my favorite artists. I asked her to share a bit about where she comes from and who she is:

Holli Smith–I grew up in Salinas, California, in Steinbeck country. My family settled in Northern California, Depression-era farmers—a real Grapes of Wrath background. My grandfather was a grocer and one of the only silk flower suppliers in California and we played around making arrangements when we were kids. It helped me learn to sculpt and recognize balanced composition. He put us to work. For a $1 allowance, I got to trim shrubs, trees and cut my first straight line on a weeping willow. My parents were also part of the Harley Davidson scene, so motorcycle culture was a modern interruption to an otherwise pastoral life.

Kim Ann Foxman–When were you first interested by hair?

Holli–I was very much into Chris & Cosey, and Cocteau Twin’s Elisabeth Fraser. Music was the only way I could drift into fantasy. I didn’t have much access living in a small town, so when I started going to concerts it was everything. I watched the way they expressed themselves and how they looked. Hair seemed like the most immediate way for musicians to define their identity and to separate themselves from the past.  And it was attainable. I started to dye and cut my own hair.   In 1992, I got a scholarship to beauty school in Santa Cruz. I didn’t have any other prospects or any dough to go to college. But, my biggest inspiration may have been you. You’ve been the ultimate guinea pig and doll head. 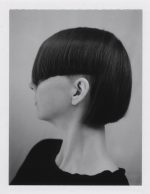 Kim Ann–You cut your friends’ hair including many of New York’s gay artists, intellectuals and performers. At the same time, you are doing high fashion editorials, magazine covers, fashion shows, celebrities, and traveling the world. What is it like to work in both worlds?

Holli–Extreme satisfaction! I can’t imagine doing one without the other. Cutting keeps me limber, it’s about creating something that interacts with the world; it’s also very intimate. Fashion styling is about a fantasy; anything is possible and it doesn’t have to fit in to any other moment than that set of pictures.

Kim Ann–Name some of your favorite hairstyle icons or trends?

Kim Ann–Is there a trend that you could do without?

Holli–Cyber-Goths. Cyborgs. Too pirate for me; sort of like the hacker look. And I’m not a dread fan. Especially neon. I could change my mind tomorrow however. 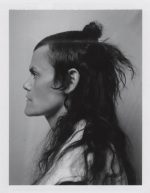 Kim Ann–You once gave a friend a spontaneous haircut in a McDonald’s parking lot: where is the strangest place you’ve cut?

Holli–I once gave a friend bangs at an after party at The End Up in San Francisco (I lived in the city from 1995-2000). I burnt her hair off with a cigarette.

Kim Ann–What are your favorite things to do when you are not working?

Kim Ann–Share one of your favorite hair moments with us.

Holli– For Guido on a Jeff Burton Story for V Magazine. It was in a Hustler studio and the models for the shoot, which were probably cast from places like Craig’s List (this was before Grindr), were having sex. And, there’s another: doing the hair for a collaboration between Hedi Slimane and Collier Schorr. It felt like I was making their fantasy boy together with them. 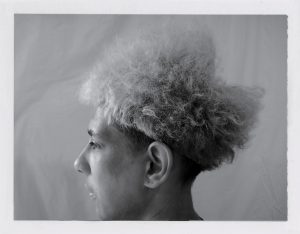 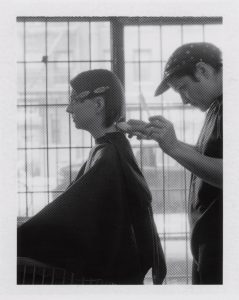 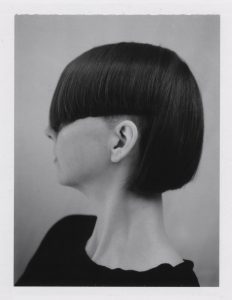 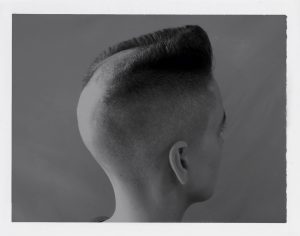 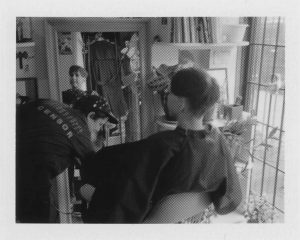 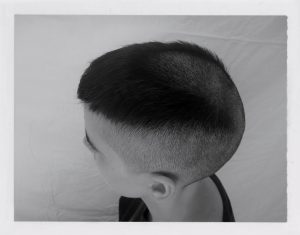 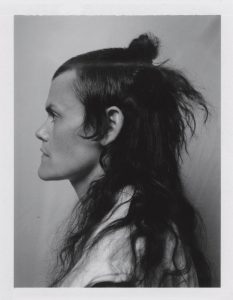 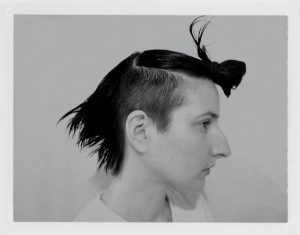