Ahead of photographer Willa Nasatir's first solo exhibition at Albright-Knox, Document presents an exclusive portfolio of her work.

Willa Nasatir’s photographs defy easy categorization and readability. They are often abstract yet maintain references to things in the world: model trains, glasses, or nails, for example. They imply a narrative but do not cohere into a fully legible subject or scene. They appear to be digitally manipulated but are made with analog means. Such resistance to the conventions of photography is perhaps a response to the overabundance of images in our Internet Age.

“Because we live in such an image-saturated culture, our eyes have become in many ways inured to the physical properties of photography,” the New York-based artist says.

In this regard, while Nasatir’s work feels utterly contemporary, it is also firmly rooted in a long tradition of artists using photography. In the 20s and 30s—with the perfection of the halftone process that resulted in more photographs in newspapers, magazines, and advertisements—artists used darkroom techniques and collage to disrupt and obscure the photographic image. With the further expansion of mass media via television in the 70s, artists once again attempted to decontextualize the photograph through rephotography. Nasatir’s work has clear connections to these earlier moments—from the French Surrealist Roger Parry’s photograms to Pictures Generation artist Sarah Charlesworth’s photomontages of found images.

Today, a number of artists are exploring abstraction in photography through old and new processes. Yet, Nasatir’s work does not fit easily within this trend. Rather than exploring the chemicals, papers, and physical materials of the medium, she produces her pictures by building layers and using light, shadow, and reflections to otherworldly effects. The works reproduced here, a Document Journal exclusive, seem to allude to objects trapped behind a screen, a layer of broken glass casting shadows into a three-dimensional space and extending over a black frame as if one were viewing the inside of a deteriorating iPad. Swipe with your finger, and you might get cut. “We are constantly handling pictures, literally touching images—magazines, touch screens, subway advertisements,” the artist says. “Pictures have lifespans. I’m thinking about the visual language of decomposition and accrual and how those ideas relate to photography.” Nasatir’s pictures are sure to have a lifespan of their own as they accrue new meanings with each viewing. 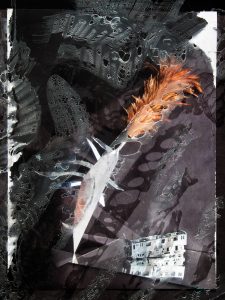 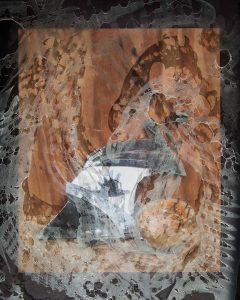 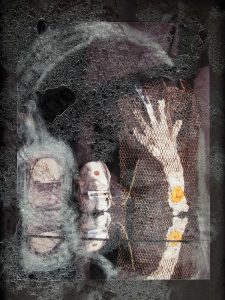 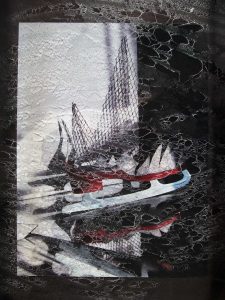 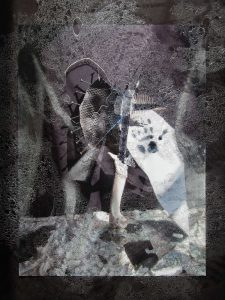