Anthony Vaccarello, known for his fresh and sexy designs,has been appointed Creative Director of Saint Laurent, beginning with the Spring/Summer 2017 collection. On the house’s history, Vaccarello states, “Creativity, style and boldness of Mr. Saint Laurent are legendary. I am extremely grateful for this opportunity given me to contribute to the history of this extraordinary home.” Document revisits his conversation with actress Charlotte Gainsbourg, featured in Document No.6.

For the Césars Awards ceremony in 2013, Charlotte Gainsbourg surprisingly enlisted Anthony Vaccarello to dress her—this was the first time the designer and actress-cum-musician-cum-muse had met. The overt sexiness of Vaccarello’s clothing might comes as a surprise when you meet the shy designer. And despite the daring roles she chooses, Charlotte too would describe herself as shy. The two friends, now living an ocean apart— Charlotte in New York and Anthony in Paris—caught up about their “double” careers and how being selfish may just be the best way to be creative.

CHARLOTTE GAINSBOURG—I remember that first time we met very well, you seemed so shy. And I’m usually the shyest! Not that time!

ANTHONY VACCARELLO—That’s the best souvenir with you: dressing you for the Nuit des Césars ceremony, the French Oscars. You probably will hate me for saying this, but for me it was like meeting a myth. You kept it very simple, à la cool, chatting in your kitchen with your child jumping all around us. All the clothes were on the floor and you tried on a few things. I was amazed that everything was so easy and cool on you.

“I think that nowadays, art is less creative than it was in the 90s. It’s become less and less possible to see a good film or pictures without tons of Photoshop; or to hear real music without Auto-Tune. Thank God, we still have amazing actors and actresses like Charlotte, who are not afraid to take risks in their work.”—Anthony Vaccarello

CHARLOTTE—I remember loving the clothes. And I did see you were enjoying seeing me wear them. I felt excited to discover a character through your clothes. There was something that was also allowing me to take on a different persona.

ANTHONY—It was surreal, but very simple. It’s like you had the power to own anything that you wore. You made me feel very comfortable.

BLAKE ABBIE—How do you both navigate your two-fold careers, at your own brand and Versus, Anthony, and for you, Charlotte, as a musician and an actress?

ANTHONY—Working for Versus can be a playground as it’s a house full of code and fun. Whereas my own brand is more like a laboratory, where we can experiment in a Parisian way to feel and make clothes. I like working for both. For me, Anthony Vaccarello and Versus both speak the same language. They’re complementary. One can nourish the other and they inspire one another. It’s lucky that I have both.

CHARLOTTE—I feel lucky too to have both music and acting. I miss one, when I’m doing the other. They don’t link into one another— they’re very separate. And I like that the people concerned are so different and far apart. It’s like having two separate lives. I’d love to do more, to try different things. But that’s not a goal.

ANTHONY—Working as a designer is an open career, and I love how it allows me to express myself in many different ways.

BLAKE—After the recent attacks in Paris, do you think the role of a creative has changed? 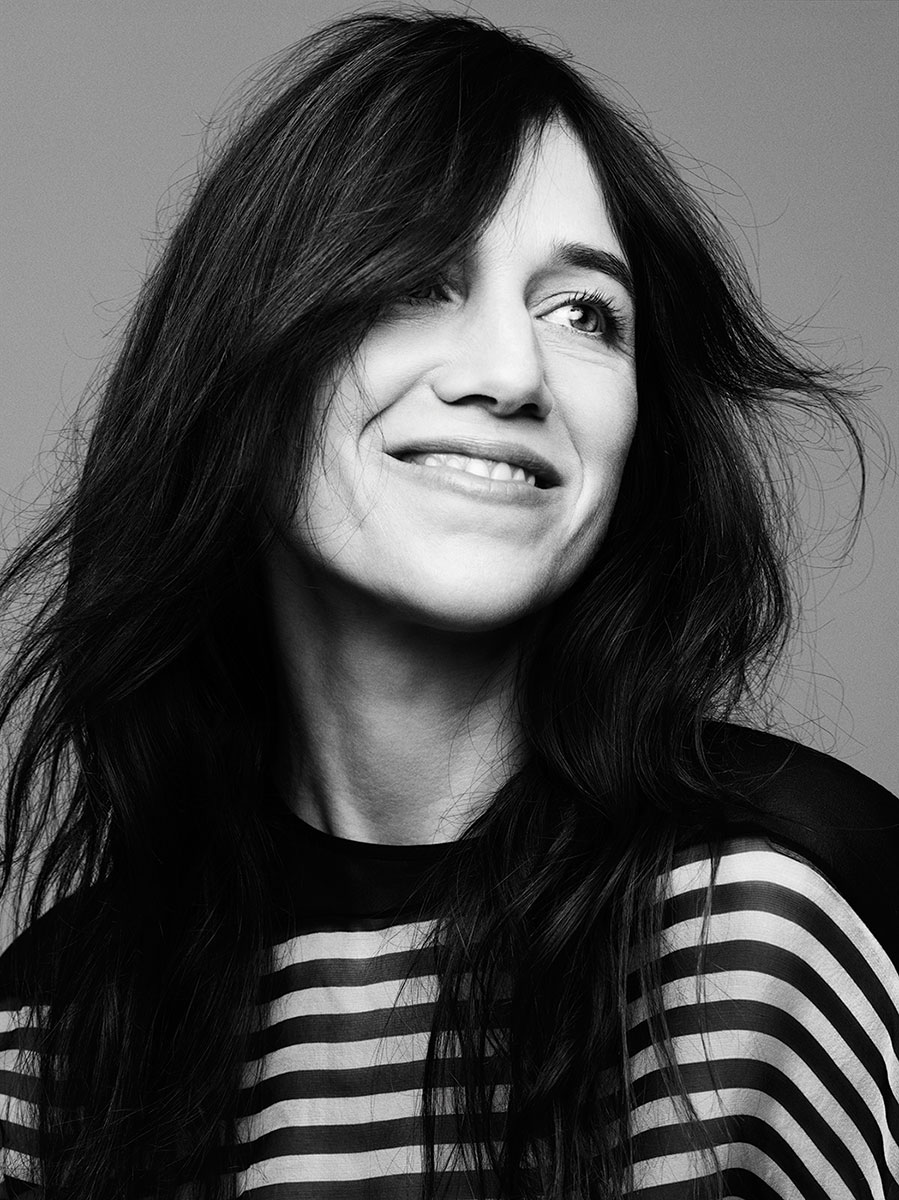 “I go towards things that attract me in an intuitive way. If it finds a public, that’s a bonus. And I try to surprise myself. It doesn’t really mean taking risks, it just means trying to push myself a little, trying to go places I’m not familiar with.”—Charlotte Gainsbourg

ANTHONY—I think that nowadays, art is less creative than it was in the 90s. I grew up in the culture of the 90s, and it’s become less and less possible to see a good film or pictures without tons of Photoshop or listen to real music with no Auto-Tune. Thank God though, we still have amazing actor and actresses, like Charlotte, who are not afraid to take risks in their work.

CHARLOTTE—I think my first approach is quite selfish. I go towards things that attract me in an intuitive way. If it finds a public, that’s a bonus. And I try to surprise myself. It doesn’t really mean taking risks, it just means trying to push myself a little, trying to go places I’m not familiar with.

ANTHONY—I personally do what’s best for me. It might sound selfish, but it’s a way to protect myself with all I see around me. Everything out there looks the same, and I don’t want to be part of
it. So when I design a dress, I think about the line, the woman, the proportions—I don’t give a shit if it’s too much for certain people.

BLAKE—Have you ever discussed collaborating together?

CHARLOTTE—I hate having to share dreams—they never happen! Of course I’d love to work on projects with you, but I can’t be specific. Now I’m just trying to move forward with my next album. It’s perfect to be in New York and be able to concentrate on that.

BLAKE—In Paris in the last couple years, there’s a new, almost palpable, creative energy. Can you feel it, Anthony?

ANTHONY—It seems people are looking for that energy again in Paris. Paris has always been creative, but it just depends on people and whether they want to pay attention to that creativity or not.

CHARLOTTE—I love the fact that I’m discovering a new life in New York. But then, I’ll always be French. I feel French. Maybe especially now because I’m so far away. Personally, I need to fall in love with Paris again.

This article can be found in Document Issue 6 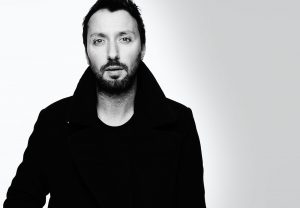