One of the most remarkable things about the LVMH Prize is that nothing is asked of the winners by LVMH—they want nothing in return. That Moët Hennessy Louis Vuitton, the biggest luxury goods conglomerate in the world, with its base of global operations in the historic fashion capital of Paris, simply wants to help young designers from all over the world by recognizing their talent is seen as something of a curve ball. There is no secret ‘hot housing’ scheme to find seedling designers that can be covertly planted at the leviathan luxury group at a later date; there is no requested hand-over of work that the group might find profitable to exploit—and there is certainly no nefarious mimicking of that work; there is no national bias for the choosing of winners with a potential for French flag-waving—the two main prize winners in the two years the competition has been running are Canadian and Portuguese respectively, with both labels based in and staging fashion shows in London. Instead—and this is perhaps so shocking in its straightforwardness—there is simply a desire that the winners do well with their fashion labels, no matter where that might take them.

Thomas Tait, the young Canadian designer and main winner of the inaugural award in 2014, explains: “I had lunch with Delphine Arnault after the announcement that Marques’Almeida was the recipient this year—I had been asked to attend the announcement in Paris too. When I saw Delphine she told me that I wasn’t to think that LVMH would ‘abandon me’, that they would be there for me to call on regardless. I then kind of just came out with it, saying ‘But what do you want from me in all of this?’ And all she said was, ‘For you to be successful and do well in your career.’ That’s it?! I thought that was sort of incredible.” And as Thomas Tait had been given 300,000 euros, as well as dedicated guidance, support, and introduction to manufacturers and producers through the group’s mentorship over that past year—and had his profile elevated immeasurably because of this win—it could indeed be seen as rather an incredible thing.

The instigator and driving force behind the LVMH Prize is the said Delphine Arnault—she is also one of the main reasons there is both an idealistic, instinctive, and beneficent way of thinking behind it. As Director and Executive Vice President of Louis Vuitton, both the powerhouse and jewel in the crown of LVMH, Delphine Arnault is more than au fait with the business of fashion. Besides this role that began in 2013, she has served on the LVMH Management Board since 2003. She is the first woman and the youngest person ever to do so—she was 28 years old at the time of her appointment, and had been working generally within the business structure of LVMH since three years before that. But besides her business chops, what makes Delphine Arnault particularly attuned to the role of mentor to fledgling designers is something a bit more instinctive and human in her make up: she has a simple appreciation, enthusiasm, and respect for creative people and the creative process. And this is something far more rare in the business side of fashion than might at first be thought.

“When you are an entrepreneur working in a big company you also have to be creative in finding solutions to a lot of problems. But when you see really creative people doing things with their hands and with their minds, this is something so impressive and it is with them that we create all of the beautiful products, of course.”

This side of Delphine Arnault really came to my attention when working on a project for Louis Vuitton. It soon became clear that her unwavering enthusiasm for the creative people involved in The Icon And The Iconoclasts Monogram collection had persuaded many of them to be a part of the project in the first place. It certainly was the case for the preeminent architect of our age, Frank Gehry, who, quite frankly, can choose to do whatever the hell he pleases. And despite being rather busy with the completion of the Fondation Louis Vuitton, he still found time to design a handbag—and he really was extensively and almost crazily involved in this handbag, he even imagined what it would be like to sit inside the bag to design the interior. When asked why he was persuaded to venture into such unknown bag territory, he simply replied, “Because I love Delphine.” And this appreciation is a two-way street. When I asked Delphine Arnault why she wanted Frank Gehry involved, she said, “He is so remarkable and special. In a different life I would like to work for Frank Gehry.” And do note, she said ‘for’ not ‘with’—I had never heard somebody in quite such a powerful business position in the fashion industry be so genuinely modest. This is something I remind her of when we talk about the LVMH Prize, in Paris in the run-up to the Fall/Winter 2015 haute couture shows.

“I love Karl as well!” she laughs. “In fact I love all of them, Cindy and Rei are so impressive too…. This was one of my first projects working at Vuitton.” Of course Delphine Arnault is talking about Lagerfeld, Sherman, and Kawakubo respectively, all contributing original work for The Icon and The Iconoclasts project. She continues:

“It is quite fascinating to see people who are so gifted in action, to work with Frank or Karl or Nicolas. I know I am so lucky to be able to work with people like this. When you are an entrepreneur working in a big company, you also have to be creative in finding solutions to a lot of problems. But when you see really creative people doing things with their hands and with their minds, this is something so impressive and it is with them that we create all of the beautiful products of course.”

Such an attitude of respect has stood her in good stead for the LVMH Prize, as it is as much about trusting the judgement of the stellar designers employed at the LVMH group as anything else.

“I had had the idea to create the prize for a couple of years—I was still working at Dior at the time,” explains Arnault, who had previously been Deputy Managing Director at Christian Dior between 2008–2013. “I discussed it with Raf, who pointed out all of the amazing talent that we have here at the group, that we have the best designers in the world; we thought that they should be part of the jury finding the designers of tomorrow. It is such a good idea but nobody had done it before.”

This year Raf Simons, Marc Jacobs, Nicolas Ghesquière, Phoebe Philo, Ricardo Tisci, Humberto Leon and Carol Lim, Jonathan Anderson and, last but not least, Karl Lagerfeld himself, went to make up most of the epic (and rather terrifying) final jury that the short listed contestants of the prize have to face. Here, their final presentation is made and it is something of a nerve-wracking experience.

“I have to say that room is very impressive,” laughs Arnault. “Each time I see the young ones that are being interviewed, you feel the pressure on them; how they really look up to the people who are doing the interviewing, that they have to present to their heroes. It is an amazing opportunity but at the same time there are a lot of emotions; there is a lot of stress for them.” She then adds, quite significantly, and proving that she certainly is no pushover: “But of course as a fashion designer you have to go through a lot of stress. You have to create amazing ready-to-wear with a great personality to it, but you also have to be able to express it and to speak to the press and in turn the world! That is also part of your job.”

The opportunity of talking to and receiving the views and opinions of many of the preeminent designers at work today was certainly a pull for Marques’Almeida’s Marta Marques and Paolo Almeida to enter the prize once again this year. “People were shocked we entered it again,” says Marta Marques. “But we saw it as a really good opportunity to show our work to people we admire. We did not think beyond that. We just thought, this being the second time, we’d see everyone again!” She continues:

“The designers were all very nice—while we tried to be as normal as we could. And they all stressed the abnormality of this situation for them too. One of the things that Phoebe said was that they were looking for passion, for something from the gut. Karl was very insightful—he thought there was something in us being Portuguese and seeing things in a fresh way. We gave everyone a booklet of images, pictures that are important to us and say something about us. Raf and Marc went through it and said it felt like we were doing something in a very authentic way. That was incredible for us, it was so important to have this feedback.”

As to why there is such an idealistic approach to the LVMH Prize, Delphine Arnault answers simply, “We think as a leader of our industry it is our responsibility to find the talent and help them grow.” It is also a truly global way of thinking that stresses an ease of entry and a democracy in its approach. “That is why the prize is open to anybody around the world, providing they have made two collections and they are under 40,” says Arnault. “They can be based anywhere, there are no restrictions about the country a designer lives in or the city they show in, and it is really easy to apply on the internet. People can also apply again; the prize is also about rewarding progress. It really is to help without asking anything in exchange; it was an idea of giving back a little bit. After all, the designers give so much to us.”

As she then astutely points out, “The concept of a prize or contest, it is how Karl Lagerfeld started anyway. It was the prize he won with Saint Laurent.” The International Wool Secretariat Prize that both designers won in 1954—Lagerfeld for best coat and Saint Laurent for best dress—brought to attention the designers who essentially shaped the fashion world we live in today. The LVMH Prize might well have a hand in shaping the fashion world we live in tomorrow. 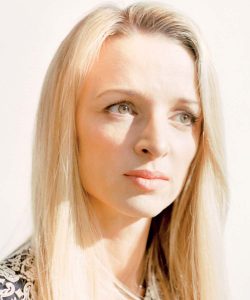 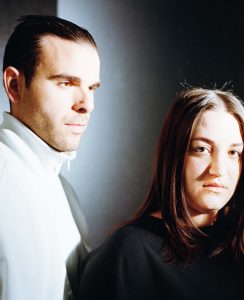 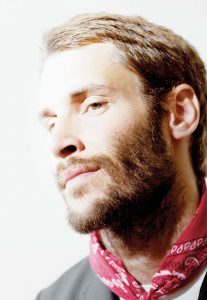