New York-based artist Willa Nasatir makes seductive still lifes in which objects, bodies, and their traces meld into otherworldly photographic images. For the launch of her show at White Columns, one of New York’s oldest alternative art spaces, Drew Sawyer chatted with the artist about her work, photographic abstraction, Sarah Charlesworth, and spirit photography.

DREW SAWYER—You studied at Cooper Union in New York. What attracted you to that program?
WILLA NASATIR—I wanted to go to Cooper because of the school’s radical mission: A merit-based free education for every student, which devastatingly is no longer the administration’s policy as of September 2014. I became politicized through participating in such a unique program. American art schools typically market themselves as offering the legitimacy of professional training through payment. Cooper’s structure was less transactional: learning as a form of collaboration rather than acquisition. I studied with Doug Ashford, Marlene McCarty, and Walid Raad—all of whom encouraged a critical relationship to traditional disciplines, and to identity and power as they affect the ways we both make and consume work.
DREW—Did you study photography there?
WILLA—I took very few photo classes there but made a lot of photographs that were critiqued within a sculptural conversation, or as paintings and drawings.  In conversations about photography, we talked a lot about what in our culture gets looked at versus what is looked away from—who gets to be a subject, what gets to be precious, and how those value systems are braided into capitalism.
DREW—Perhaps this interdisciplinary approach helps explain why your photographs don’t look quite like photographs. Can you talk a little bit about your process?
WILLA—In the past, I’ve torched stacks of photographs; submerged prints in water, frozen them, and photographed them; stripped prints with acid and sanded them down. I use photographic effect (light, reflection, shadow, glow) to abstract the surface of a picture. Recently, I’ve been making large drawings on glass, and then mirroring the reflection of those drawing onto the surface of a print. This allows for the work of my hand to be present in image, even as the marks are abstracted into light—they’re immaterial. The end product is a C-print from a single exposure. I’m less interested in photography as a medium for depicting the “real” than I am in its capacity to display the other-worldly. I love photographs of UFOs, or those double exposure prints that people used to prove the existence of haunting ghosts.
DREW—While your work is often abstract, it always maintains some form of reference to objects or bodies and many of them read a portraits, even in the absence of figures. Can you discuss your treatment of subject matter and the human figure, which you seem to be moving away from in your most recent work?
WILLA—The photographers who I was first drawn to took very sensual, emotive pictures of people—Peter Hujar’s portraits or Jack Smith’s scenes. It’s difficult at this point though to make portrait photography without connotations of advertising and editorial work. I’m interested in depicting persona or character outside of that set of references. I think it’s possible—if not more seamless—to depict the felt experience of the body without showing the form of the figure itself. I think I’m most successful at it when the figure is androgynous, faceless, abstracted, or even disfigured. I love filmic tropes—silhouette, hand or foot prints, traces that register the presence of an individual who the eye can’t see.

I think younger artists gravitate towards abstraction as a means of evoking spirituality because readable pictures are associated so heavily with advertising or social media. But I’m interested in playing with the way our eye registers bodies: how much of a figure needs to be shown for something to register as human?

DREW—There seems to be a return to an interest in the body, and in particular limbs or the fragmented body, from virtual avatars to 3D prints—I think this was very apparent in the New Museum’s 2015 Triennial. Why do you think that is? Or what specifically interests you in this motif?
WILLA—In my own work, I want to make images where there’s the sense of a figure’s presence, rather than total abstraction. I think younger artists gravitate towards abstraction as a means of evoking spirituality because readable pictures are associated so heavily with advertising or social media. But I’m interested in playing with the way our eye registers bodies: how much of a figure needs to be shown for something to register as human? I don’t want to rely on documenting a body, but, rather, building persona through the emotional affects of the image. In this way, I use the body as a prop in the same way I use inanimate objects, even the surface of the image itself. They are all equally important to conveying character and subject.
DREW—You mentioned advertising and editorial photography. Over the past ten years or so, there has been a growing number of artists using photography who have explored the industrialized image in their work, such as Annette Kelm, Elad Lassry, and Christopher Williams, to name a few. An alternative to this approach has been process oriented work that often meditates on the analog or the digital. Your work doesn’t quite fit with either of these trends or perhaps it combines them in a new way, although you seem less concerned with questions about the medium itself. I’m curious to know if you’ve thought about your own work in relation to these practices.
WILLA—I feel like the people whose work you mentioned use a sort of hyper-realized, mechanized image-making that carries the conversation away from the power of an individual image and towards a universal critique of photography. In that frame, individual photographs don’t matter outside of a conversation about photography. Sarah Charlesworth is a good example of someone who was extremely skilled in photography as a technical process, but also maintained emotion and resonance in the actual subject matter of her work. Objects of Desire, for instance, it’s both a system for producing the image of the object and about each specific object’s resonance in the world. Process can be seductive, but I believe there should be a core to the work within that. Process is an effect for communicating emotion, but I don’t want it to be the entirety of the image. In other words, I don’t make work where process itself is the subject. 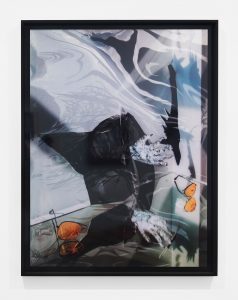 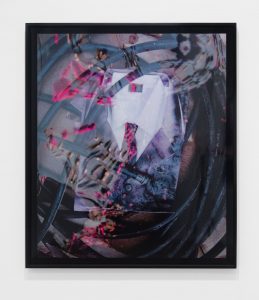 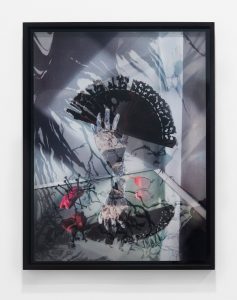 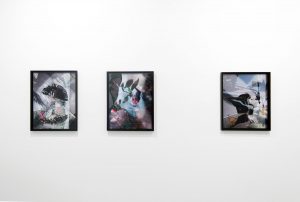 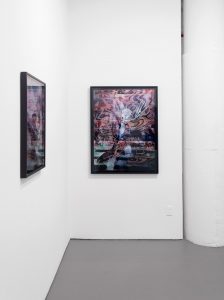