Investigating self-fashioning and memory with treasures from the museum collection by Willie Cole, Narcissister, and Xaviera Simmons for Document's Spring/Summer 2014 issue.

“Draped down,” the Harlem Renaissance-era slang term meaning “to be well dressed,” is a touching title for the Studio Museum in Harlem’s spring show exploring the ways in which feminine beauty is constructed in painting and photography. The term is culled from “Story in Harlem Slang,” the 1942 short story by cultural anthropologist Zora Neale Hurston. Hurston was a central figure among the artists and intellectuals who defined the New Negro Movement, or as she called then, “the Niggerati.” These luminaries were a central pillar in the Harlem Renaissance and in the conception of the exhibition.

As for the term “draped down,” the expression still seems particularly apt—the alliteration suggests emphatic self-fashioning, as if every aspect of one’s attire should be distinct. As a title, contextualized by Hurston’s short story, it places Harlem as the primary source of inspiration and influence for black style around the globe. With a focus on feminine beauty, the works are non-traditional fashion presentations that lend themselves to a broader interpretation by the senses through color, tone, form, gesture and—most importantly—memory.

Draped Down opened at the Studio Museum in Harlem March 27, 2014. 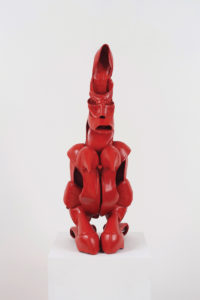 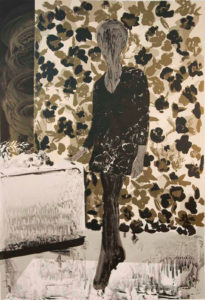 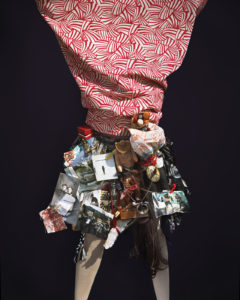 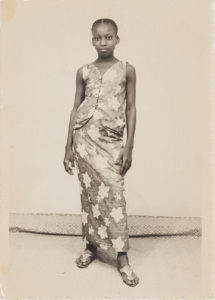 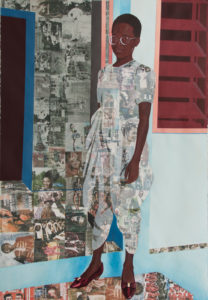 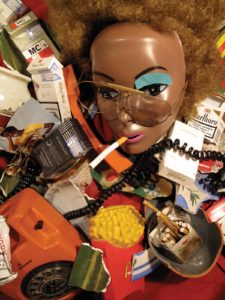