The art curator's new exhibition at the Musee D'orsay in Paris places black figures at the center of contemporary art.

It is an exclusive club of historians and curators who spill the tea on the meanings of art; the histories vital enough to be explored. Their discussions then dish out what we as the general public (often pay) to see at its museums. Spaces where we observe works as important explainers of history; artistic finger foods that nourish our moral thinking.

Art’s institutions have a crummy record when it comes to placing black art within the white canon. In 1969, the Metropolitan Museum of Art’s first black arts show, Harlem on my Mind, didn’t include any work of black artists active in the neighborhood. In 1984, the Modern Museum of Art’s Primitivism’ in 20th Century Art: Affinity of the Tribal and the Modern represented modern art as a white male creation influenced by ‘primitive black art.’ 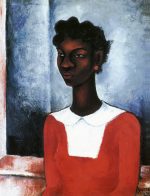 Lately there have been exhibitions centered around superstar black artists like Faith Ringgold, Kerry James Marshall, and Theaster Gates. Lubaina Humid recently became the first black woman to win the Turner prize; Tyler Mitchell and Nadine Ijewere became the first black photographers to shoot Vogue covers. Yet, as the art curator Denise Murrell remarks, ‘Despite there being an ever growing number of major international artists of color, they are still not seen as being at the centre of contemporary art.’ Art History is unwilling to revise and expand outdated narratives that continue to work against black art. (Unless it is Jay-Z and Beyoncé at the Louvre.) The historian analyzes the thing they are looking at, but they also need to analyze their motivations for looking at it in a certain way. Conserving narratives neglects to consider that ‘because I told youisms’ are steeped within prejudices. Oh, and there are only six tenured black art professors in the whole of the United States. ‘You can get an Art History PHD and not encounter any artists of color,’ Denise remarks, ‘let alone receive any meaningful interpretation if a person of color does come up.’ 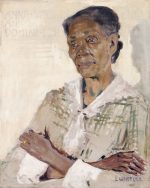 Denise is giving a much needed probe of black identity within the wider context of Art History. Her recent thesis-turned-exhibition, Posing Modernity: The Black Model from Manet and Matisse to Today, focuses on the understudied black female muse. ‘There is this historical slant towards the white subject, even though the black subject was right there, and was there on the same basis as the white subject.’ Modern art is seen as starting with Manet’s turn to depicting the rapidly changing reality of 19th century Paris. Art-daddy Manet drew multiple portraits of black women within his Parisian circle, shifting away from erotic black tropes and into this modern view of a free, and an increasingly integrated, black presence. His avant-garde circle included the likes of photographer Felix Nadar gravitated, socialized and collaborated with.

This is a little-studied fact, but one that Denise via artists like Matisse and William H Johnson places in conversation with the artists of the Harlem Renaissance. Harlem artists were the first organized school of modernist artists, yet, strangely, they are often left out of wider conversations on modern art. The group created ‘New Negro’ portraits, like the demure works of Laura Wheeler Waring, to debunk racial stereotypes, and resurrect modern images of black identity. ‘I just want us to get back into how we think about different periods of visual culture,’ Denise remarks. A vibrant assemblage of coy smiles and silk headscarves, to assertive gazes and reddened lips; the sparkly splendor of Mickalene Thomas’s contemporary portraits. It is an important reflection on the different ways black female identity has developed from objectivity, into the subjective women we can be today. For once, black and white art can be submerged in the same historical conversations. 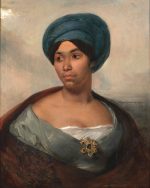 ‘Posing is both a physical act of performing a role, but there is also the idea of posing a question,’ says Denise.The paintings reveal ebony women with unwavering almondy eyes. Some dressed in vivid silk head wraps, others with curls loose and cascading. The works offer a historical glimpse of Black women that aren’t eroticised nor disheveled, but ones poised with renewed possibilities. ‘‘For me what becomes modern about the way black women are portrayed is that introduction of what exactly does she represent,’ Denise continues. Manet’s overlooked black muse (see: Olympia) was called Laure, and as Denise discovered, she was a paid working model who lived around the corner from his studio. Another, Jeanne Duval, was a famous actress during the time, and the Haitian-born lover of Charles Baudelaire. Who once wrote of her ‘dark eyes that were like the chimneys of her soul.’ This is fuel for wondering who these women were; titbits to discover works of their own subjectivity—expanding historical narratives and giving cultural depth to a female diaspora, so often compressed by racial stereotypes. Mark Night’s cartoon of Serena Williams depicts her as a raging creature with thickened lips, a large nose and wild hair; the clashing dichotomy of hyper-sexualized black features appropriated to sell $630 million worth of lip glosses. Denise’s work catalyzes new thoughts that add further dimensions to the presence of black women, and penetrates not only American, but European, cultural history. ‘These women were actively involved in the avant-garde circles, they were most likely artists of their own right.’ Not only does this demand further scholarly investigation, but also points out that black women had a far bigger role in early 20th century art and culture, we just haven’t been told about it—yet. 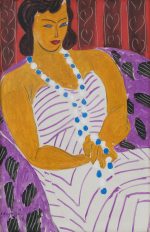 The history of black people is always compromised; traumatic. As the artist Kerry James Marshall has remarked, ‘If black presence is to be seen as normal within institutional spaces, then there needs to be sustained engagement under a variety of conditions and environments.’ Denise does this by repositioning the angle of art’s story into a kaleidoscope of new questions, and ideas surrounding the perceptions of race, class, and gender that we continue to face today. An effort that creates new forms of citizenship in a western culture built on interconnection and intellectual hybridity, not isolation and exceptionalism.

As Denise says, ‘Let’s open up this heritage to show how cultural legacy is our history, which is a shared patrimony for multiple ethnic groups.’ 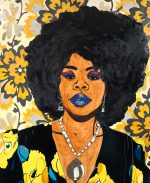 “Black Models: From Géricault to Matisse” (formerly titled “Posing Modernity”) is on view at the Musee D’orsay in Paris from March 26—July 21, 2019. 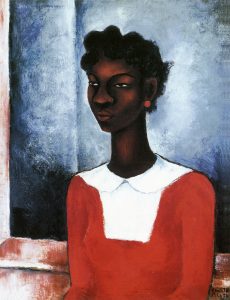 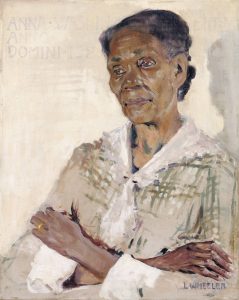 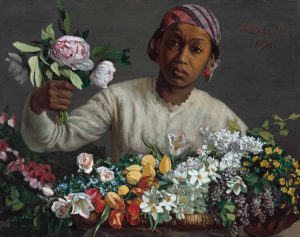 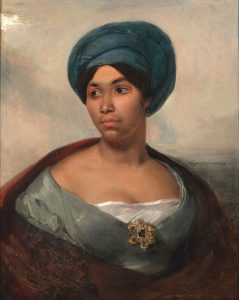 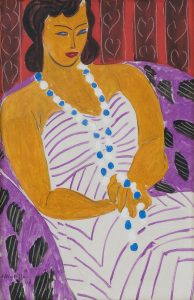 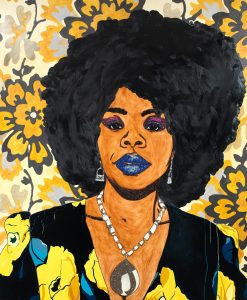