This Saturday, April 16, Fortnight Institute presents an exhibition of works by Ohio-based artist Carmen Winant, titled “Who Says Pain is Erotic?” Winant’s first solo show in New York (although she used to live in the city) is also the inaugural exhibition at the gallery-cum-salon, founded by Fabiola Alondra and Jane Harmon. “We started Fortnight Institute because we wanted to have a space of our own, where we abide to no rules but our own,” Harmon told me. Alondra and Harmon previously worked together at Richard Prince’s bookstore Fulton Ryder, before Alondra left to run 303 Gallery’s publishing imprint 303 Print, where they both respectively still work. As a result of their day jobs, the gallery will often keep evening hours. “In astronomy, ‘Fortnight’ refers to the mean time between a full moon and a new moon and vice versa,” says Alondra. “Fortnight is such a meaningful word for us, it’s the combination of ‘fort’—which suggests strength—and ‘night,’ because we’ll be open late at night.”

Winant’s alluring yet elusive collages consist of found images of women from Winant’s vast archive. Like the show’s title, the works, which juxtapose images of feminist protestors from the 1970s with images of women being touched or touching themselves, ask a series of questions without definitive answers. Why are women always depicted as the receiver of demonstrative touch? Can healing be transferred through pictures? In what moments can contact be both violent and tender? Drew Sawyer caught up with the artist before the opening to discuss her work, the history of collage and political activism, iconophilia, and why we all use the word “practice.”

Drew—So how do you think the title or question lead into your work? Aside from the image being included in one of the works, of course.

Carmen—Right. I should say that the image is really buried in the work. It is one of many hundreds of images in the show, so I don’t expect people to latch on to it. The idea for the show, though, stems from a different image that is from an instructional series of photographs about what to do if someone is choking. There are all of these close up shots of a woman lying on the ground, playing unconscious, and there is a man’s hand that is applying pressure to her throat. I thought it was such an incredible series of images.

I’ve always collected these images of women and I’ve been thinking a lot about how to bring them together into one cohesive body of work, or even one single piece that isn’t a dispersive wall, as I’ve done in the past. I started to seek out images that had more than one life inside of them, which pointed to more than one conclusion. So that was the starting point for the show. I began to wonder a few things—Are tenderness and aggression exclusive feelings? Why are women always pictured as the receivers of touch?  Under what circumstances can pain in fact be erotic?  Is it even possible to picture healing? And can that be a feminist pursuit?

Drew—What aspect of healing do you think could be feminist?

Carmen—That’s the crux of what I tried to explore. My interest in subjecting how women are used in pictures certainly stems from my feminist politics and sensibility. But more specifically around the subject of healing, I am interested in troubling what constitutes pleasure, pain, and the space between, for the female body. What if submission looks and feels like agency or vice versa? That, for me, is feminist terrain.

I am interested in troubling what constitutes pleasure, pain, and the space between, for the female body. What if submission looks and feels like agency or vice versa?

Drew—When I think of healing, I also think of self-help books, a genre that is often marketed or geared toward women.

Carmen—Totally. For good reason; maybe women are less confident about their wholeness, maybe they are more willing to change, maybe they a distinct kind of trauma is inflicted upon them that needs address. I looked at a lot of self-help books seeking out images from this show, and, whatever the reason, those sections in bookstores were replete with women.

While the show focuses on physical touch, contact, and pressure, I am interested in healing an all-inclusive way, in any method that attempts to make the woman whole again through the reversal of trauma. The conundrum here is that I am a visual artist; I work with and through images. Certain forms of healing are impossible to picture, be they emotional or physiological. Seeking to “picture” healing is already a failed and inconclusive venture. That’s probably the most interesting part – the failure.

Drew—So, a lot of the work then is obviously collage. What attracts you to that medium or process? And how do you see collage as related this idea that you’re exploring in the work? I

Carmen—I started out as a photographer, and I slowly started to incorporate other people’s images into my work. Finally, I woke up one morning and realized that I found other people’s images more interesting or even better. I had been holding on to the idea of making my own pictures for no good reason, except maybe wanting to have more authorship or something. But more than that, collage and the history of collage also have a lot to do with what I’m interested in, such as political resistance and social upheaval—from Dada to feminist work. There’s this active undoing with collage that seems really interesting to me as a feminist artist, and I like the idea that I can partake in this history.

Carmen—Exactly. It is not a coincidence, with both of those artists, that they would be interested in upending social norms and using a deconstructed, jagged method of image making. It is deliberately incoherent and combustible. The history of collage is so ripe and lends itself to political and activist thinking. But conversely, I’m also in love with the world of images. I don’t have to make my own because there are so many incredible and complained images that already exist in the world. In my collages, for that reason, I don’t cut through image. I leave images intact.

Drew—So you aren’t an iconoclast, I guess.

Carmen—Right [laughs]. I want to keep images whole. I kind of want to have it both ways—I want to reference this history of working with fragmentary images that has radical social implications but I also want don’t want to violate the images too much because I’m so moved by their power.

Drew—Your commitment to a history of image making and critical thinking about images seems to be related to your other roles as a professor and as a writer. Do you see these practices as related or do you try to keep them separate?

Carmen—They used to be, at best, in competition with one another and, at worst, totally schizophrenic endeavors. Now I’m at a point where I genuinely feel that my art and my writing are operating more in tandem.

Drew—Some of your writing has a collage-like quality. I’m thinking of your essay for Avery Singer’s show at the Kunsthalle Zurich, which is made up of discrete, numbered paragraphs or thoughts.

Carmen—I’m glad you think that. I do feel like they are coming closer and closer together in terms of form, like in that essay. I’ve thought a lot about how I can make a piece of writing that operates like a collage. Then, in terms of content, I’m writing less on art these days and more on cultural issues or issues of the body, even pertaining to sports. Right now I’m working on a piece on blood doping or the ethics of blood and another piece on a long forgotten feminist artist, who deals with the commodification of sex—she worked as a sex worker. So I have been thinking a lot about how to bring art and writing closer, and I think it makes me enriched in both areas.

Drew—Since we’re talking about the idea of practice, you are writing a book on the word or idea, right?

Carmen—Oh boy, yes. How much time do you have? It is in draft form, and it also exists somewhere in between the poles of being an artist and being an art writer. It’s an experimental book that takes on this very blunt and basic question of what practice is for the contemporary artist. What does this word, which we’re throwing around all the time, really mean? What is its power?

Drew—Right, I’m obviously guilty of it. I just used it!

Carmen—Everyone is. It has replaced words that now seem so outmoded like passion, or vocation, or production.

Drew—Have you tried to pinpoint when the word emerged in discourses around art?

Carmen—I am working on this now. I think it has something to do with the drive toward professionalization that started happening in MFA programs in the mid 1990s. Practice, after all, is something that doctors and lawyers do. It belongs to white-collar labor. So I don’t think it was a coincidence that the term came into popularity at the same moment it became increasingly essential to have an advanced degree. One now has to get an MFA the same way one goes to law school and medical school.

But the other channel in the book has to do with my history as a competitive long distance runner—this whole other world of practice that has less to do with culture and more to do with the body. Ultimately both experiences, at least so I contend, engage discipline and productive, protracted failure as a generative strategy. 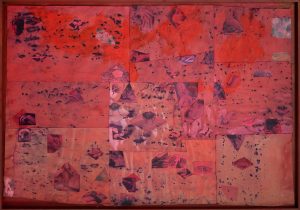 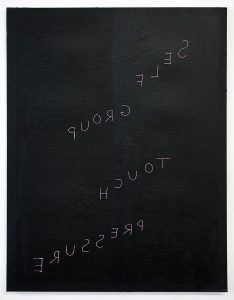 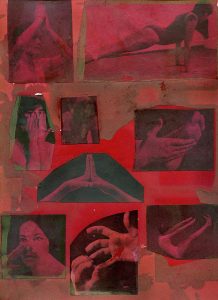