Artistic director Kim Jones pays tribute to his predecessors for Fall/Winter 2023, imagining timelessness in the neoteric

For Kim Jones, design is storytelling, and fashion is theater. At Place de la Concorde, his show was hosted in a dimly lit black box, set to the stylings of a live orchestra. Robert Pattinson and Gwendoline Christie were among his cast; they recited T. S. Eliot’s The Waste Land, their perfectly sculpted faces projected behind the runway’s train of models, who were adorned in homages to the poem, and to Dior’s history. “The cycle of a fashion house is about regeneration and rejuvenation, just like the cycle of fashion itself,” said Jones. “There is always something of the past in the present and future, and Dior is no different.”

Jones paid tribute to Christian Dior and his protégée Yves Saint Laurent with reinterpretations of archival pieces, and thoughtful nods to the designers’ sensibilities: the former’s favorite flower, the lily of the valley, sewn into jackets, and the trapeze silhouettes the latter debuted as couturier, mimicked with unbuttoned suits and poncho-like knit sweaters.

The Thames still “runs softly,” as The Waste Land said it did, imagined by Jones in membranous fabrics and ribbons that trailed behind the garments they clung to. References to the river emerged beyond the shape and sway of the collection, with pearl embellishments, earthy tones and shades of blue, and ultramodern raincoats, rain boots, and fisherman smocks.

Dior’s latest menswear collection was laden with references to the past. Within that, however, the future was seamlessly woven in, a timeless quality derived from the neoteric: BTS’s Jimin at the center of the swath of celebrities in attendance, clever applications of gender-neutrality—even Dior’s 3D-printed shoe was elevated to black-tie form.

Said Jones, “It’s where an old world meets a new one, in change and in flux.” 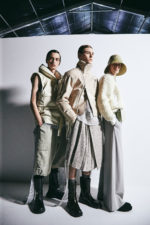 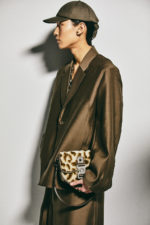 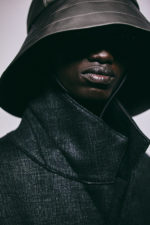 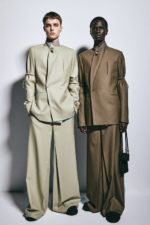 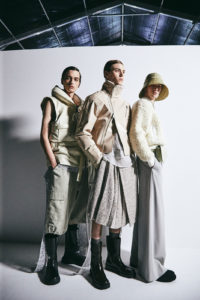 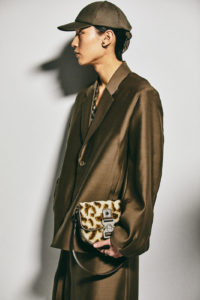 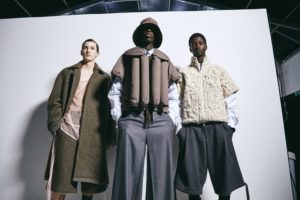 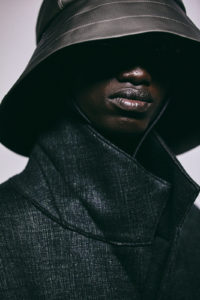 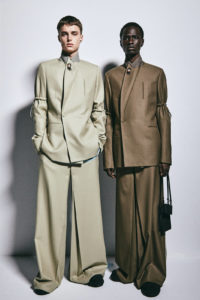