At Blue Door Video, literary discussions over coffee and crackers were replaced by carnal discourses over panties and poppers

Blue Door Video is like East Village’s own Willy Wonka’s Chocolate Factory—I’ve never seen anyone come in or out. Despite its name, its door isn’t even blue. I walk past it nearly every day, catching glimpses of the mannequins idling in the window displays, dressed in perforated outfits, designed to expose rather than conceal. The shop maintained its quiet elusivity until Sunday night, when a line of giddy downtowners stretched far down First Avenue in anticipation of the commencement of the Perverted Book Club, a series by Matt Starr and Zack Roif of Dream Baby Press.

The lighting was uncompromising and expository. I expected an event with such a name to be darker, perhaps candle lit. Instead, it was the opposite—white, hot fluorescent lights beamed down on everyone in attendance, shamelessly exposing our newfound affiliation.

Throngs of us sat on the black and white vinyl checkerboard floor—which the hosts assured us had just been cleaned—as we listened to a story about Paul McCartney dressed as Elvis, luring an unwitting John Lennon to bed. I learned that “chremastistophilia” is the atypical sexual interest of being robbed, and a “looner” is a person who has sex with inflatable pool toys—the more you know! We were all participants in a sort of adult show-and-tell.

Fantasies and fetishes are usually a private indulgence. Not something to be shared, nor discussed in public. Perverted Book Club is co-opting the structure of what’s traditionally been a stuffy affair. What were once literary discussions over coffee and crackers, are now replaced by carnal discourse over a PA with poppers. 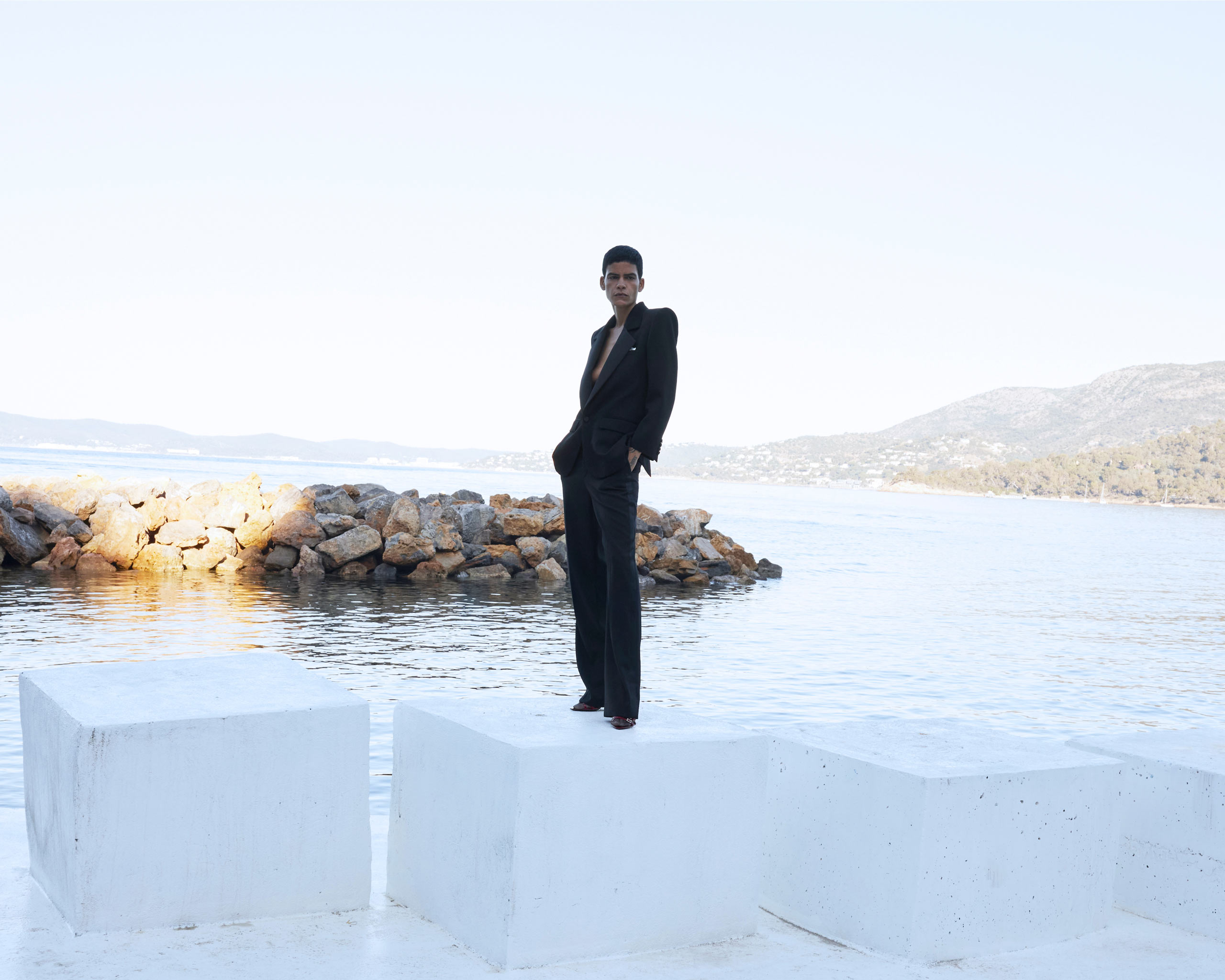 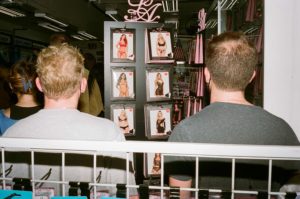 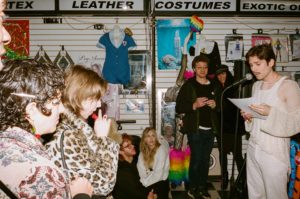 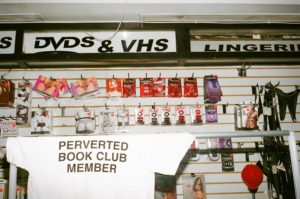