In anticipation of his new monograph ‘Feeling Seen,’ the celebrated photographer joins Document to discuss representation, community, and the value of silence

A warm, cheeky smile curls into a bashful grin as Campbell Addy considers the question at hand. He exudes a familiar warmth, reflective of his work, that I could only guess to be true until now. We sat down to talk about his first monograph, Feeling Seen—a culmination of years of work set to debut in the States on June 7.

It’s no wonder that Addy has become one of the top photographers of his generation—he’s created authentic portraits of huge artists like FKA Twigs and Tyler, the Creator, and he’s been featured in publications like Vogue, TIME, and Rolling Stone. If numerous awards and accolades weren’t enough to prove Addy’s greatness, the words of friends and past collaborators might change your mind.

Laced throughout Feeling Seen are quotes from leading Black figures in photography and fashion. They speak about their first times feeling seen in the industry. A statement from Naomi Campbell reads, “The first time I got in front of the camera lens and looked up to see Campbell Addy, I realised something special was happening. There was something in that moment that felt sacred. It occurred to me that this was the first time in my 33-and-a-half-year career at the time, where a Black photographer had shot me for a mainstream publication .”

With the receptiveness and genuineness Addy brought into our conversation, I got a taste of what it must be like to be on the receiving end of his lens. In the monograph’s foreword, Edward Enninful writes, “In allowing ourselves to be photographed through Campbell’s lens, we allow ourselves to truly feel seen.” 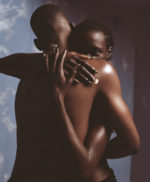 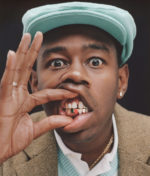 Ryan Williams: What does this book mean to you, in your own words?

Campbell Addy: Feeling Seen is a symbol of a decade of exploration. It’s hard to say—almost like the closing of a chapter to bookend a part of my life, where I was filled with a lot of angst and joy and passion and excitement, to figure out problems pertaining to myself. I think having a book to culminate that, called Feeling Seen, just [solidifies] the question I was asking from the beginning: Do I feel seen?

Ryan: And do you think that Feeling Seen is more of a personal journey for you, or about a public understanding of who you are?

Campbell: I think more so for me. I did get a little bit lost in that translation when I was working a couple of years ago. I couldn’t define if the work was for myself or for what I think people see of me. And that’s a very dangerous path to go on. I think my most successful works have always been the ones where I have been a narcissist—where I have been totally engulfed in myself. In being so inward thinking, you realize you relate to a lot of people. So a very selfish act ends up being a very selfless act, in a way.

Ryan: That seems to be a very universal thing—whenever we feel very alone in an experience, as soon as we talk about it or express it in some capacity, we see it’s shared. What do you think it is about the medium of photography that allows you to see yourself in your subjects?

Campbell: I think it’s the stillness. I’m a very hyperactive, yo-yo, roller coaster of emotions type of person. A lot of the time, what I needed was to slow down and be present and be mindful. So I think I’ve used photography to weave my way through situations I didn’t quite understand yet—including myself, my sexuality, my presence in the world, and also the world itself. 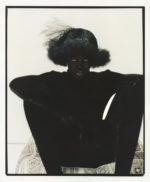 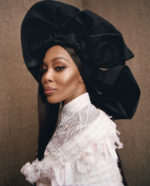 Ryan: How did you go about selecting the work for the book?

Campbell: It’s almost as if I’ve been thinking about this book for ages. The title was the first thing that came to mind. I had to compartmentalize my work in order to get through it all. Then I realized that all my work is a collaborative effort. I’m a child raised by a village in every sense of the phrase. So I made sure people like James Barnor were in the book, because to know them is to know me and to know our history—to know the presence. I felt like it was very important to have people not only who I photographed, but also people who’ve mentored and helped me. The book is just a little horcrux of Campbell Addy.

Ryan: I think the collaborative part of the book is so interesting, because when you think of a monograph, you think of it as pertaining to this singular person. You’ve chosen to include quotes from different people, from Naomi Campbell to Nadine Ijewere, about when they felt first seen in the industry. Why do you think this was important for you to include?

Campbell: This is almost my version of visibility. When someone sees you, it’s very completing. My viewpoint and my experiences are mine alone. So I wanted to convey that feeling seen isn’t just limited to imagery. It was also another way to highlight my collaborators in a different way.

Ryan: Photography, especially in the fashion world, is such a collaborative process. That was a really beautiful way to highlight that.

Who are some artists who have inspired you, continue to inspire you, or have made you feel seen in the past?

Campbell: James [Banor]. I love history. I love looking at the past and I love time as a construct. It was interesting discovering his work, because the younger version of me hadn’t seen Black people of a certain period looking glamorous. I remember thinking, ‘Oh my god—that the Swinging Sixties weren’t just about Twiggy. For him to come from my dad’s tribe, and the same areas which my family is from, seeing his images was seeing my past, as well. It was very healing and it continues to inspire me now. Does it have to be alive or dead, too?

Ryan: Anyone. No rules to this game.

Campbell: I’m looking at all my books… I’m a huge fan of Tracey Emin. I re-read her book Strangeland the other day. It’s hard, because it depends on what medium.

Ryan: What do you think it is about authentic representation versus performative representation, that not only connects with the community that is being showcased, but with people outside that community, too? 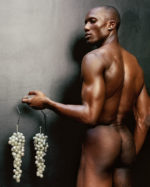 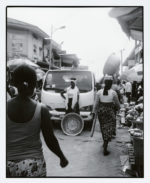 Campbell: I always say, at the end of the day—humans, we’re animals, and we overcomplicate a lot of things. Our instincts always tend to be true. So as humans, we pick up on it if someone is doing something genuinely. That’s why people like Kanye West inspire me heavily—like Nina Simone, Eartha Kitt. It’s so hard to do, but once you do it, everyone sees it. Wh being authentic, it becomes simple, and when you’re not, you run into issues. If you have authentic representation, authentic diversity, authentic anything, it will last longer than something that’s performance.

Ryan: With Feeling Seen, what do you want to leave people with?

Campbell: We’re all beautiful. I’ve worked to explore myself heavily and reflect it back onto the page. Growing older, I know now I’m ever-changing. I just hope that with this little book, people can take away a lot of hard work and a lot of love. A small-town boy who was written off by the government did this all self-made. And see my success—everyone else can do it, too.

Yeah, and, be critical. I don’t want everyone to love it. Send notes.

Ryan: Where do you go from here?

Campbell: I call the last part of my life Issues Zero. And I was thinking, what is Issue One?

Issue One is multimedia. I really want to do a short film. I see a photo—literally, the shutter speed is one-twenty-fifth of a second. I want to capture way more than that. I want my characters to move and change. I think the medium of photography is fab. I’ll never leave it, but I think I haven’t reached my capacity in storytelling and ideas. I think film would be a great exploration.

Ryan: One last question—when do you feel the most seen?

Campbell: That’s a good question, honestly. This sounds so basic, but if I’m in a room—say, if it’s an intimate gathering or a social gathering, and we can all kind of be in silence. That comfortability is peak, because I’m being myself. Not feeling the need to talk, I’m just blessed. I have those times. 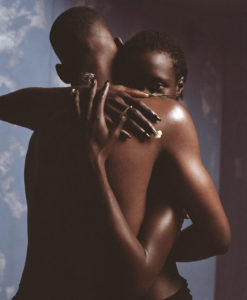 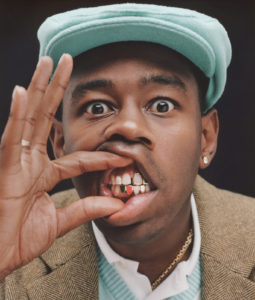 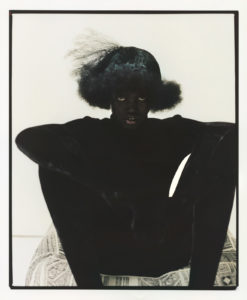 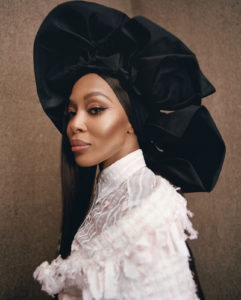 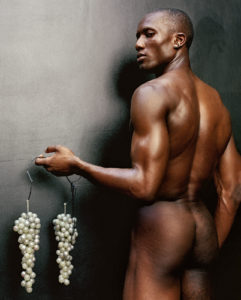 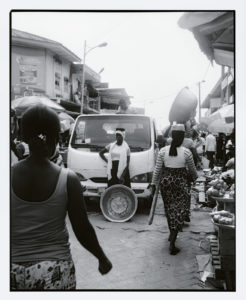