If Hermès had to label its Fall/Winter 2022 collection, it might call it techno-equestrian. But Creative Director Nadège Vanhee-Cybulski seems pretty uninterested in labels, and despite a clear old-versus-new dichotomy driving the collection, it feels wrong to understand it via categorization. The house’s heritage allows Vanhee-Cybulski to use the house’s lexicon to craft a collection that is hard to define, yet unmistakably Hermès. 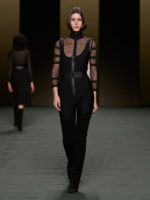 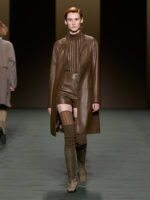 Despite Vanhee-Cybulski’s ability to move the house forward by referencing tradition, it’s reductive to say Hermès’s identity is rooted only in its iconography. There’s a certain tastefulness that truly sets it apart from other labels, and this collection presents a refinement that somehow rejects the concepts that usually accompany it: constraint, formality, old age. Hermès isn’t about that overused trope of “carefree sophistication” either, which is arguably even more impressive. We can call this collection techno-equestrian, or refined, or unmistakably Hermès, but it’s better understood by describing what it isn’t. This realization speaks to its nuance, and the depth of the house’s distinct image. 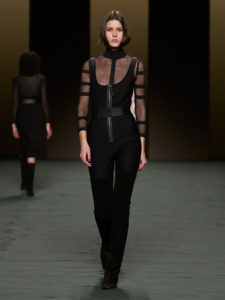 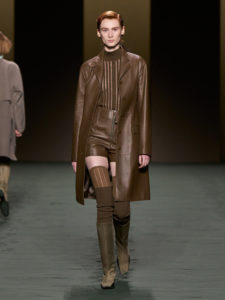