The menswear show presented the late designer’s eighth collection with the French house, a surreal ode to boyhood

“In my mind, I haven’t done any work yet,” said Virgil Abloh back in 2020. “I’ve just made a case for why my point of view is valid. What I’m into now is making my voice mean something… [Making] something that is more heartfelt, and speaks to the community and people and humanity frankly.”

Louis Vuitton’s Fall/Winter 2022 menswear show is perhaps a testament to the achievement of that goal. Yesterday in Paris, at the Carreau du Temple, the Maison executed Abloh’s eighth and final collection as their Men’s Artistic Director. The team built the Louis Dreamhouse—conceived by the late designer, and brought to fruition by his collaborators: a surreal set, colored simply in sunset blue and orange.

A house, its roof and smoking chimney, rose part way through the covered market’s floor. A table—set for a dinner party—flanked one of its sides, providing chairs for a string-heavy orchestra. A platformed bedroom rested opposite, decorated with a spinning mattress and a floor lamp that swayed anthropomorphically back and forth. 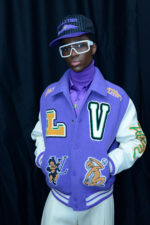 The models wore angel wings and printed balaclavas, boxy trench coats and puffers and suit sets, in royal purple and chocolate brown. They wore the Virgil Abloh classics: five-panel caps and varsity jackets, playing on his notion of “subverted luxury” while carrying iconic iterations on the LV Keepall bag. The models walked forwards and backwards; they climbed and danced and lounged, hardly adhering to a singular route.

Altogether, it was the culmination of a narrative arc. Central to Abloh’s term at Louis Vuitton is his Boyhood Ideology. The label describes it as “the childlike sensibility observed throughout his oeuvre.” The designer, himself: “the unspoiled outlook of a child, who is yet to be affected by the preconceived ideas of society.” It’s an attitude that opened the door to innovation—that brought warmth and playfulness to the now and next of mens’ fashion. “Everything I do is for the 17-year-old version of myself,” Abloh once said. 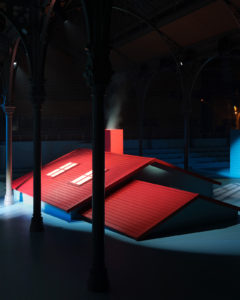 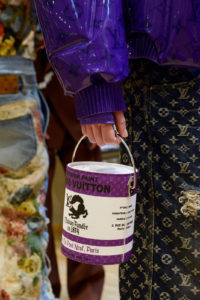 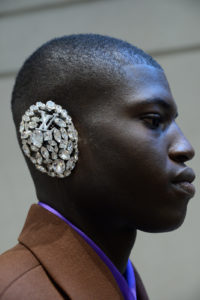 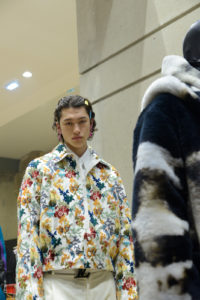 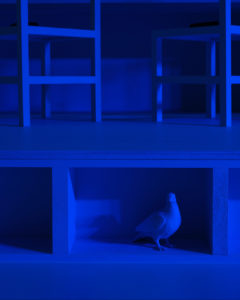 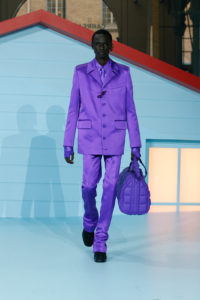 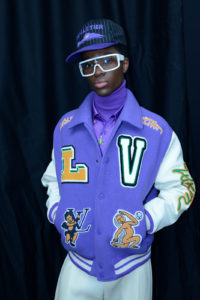 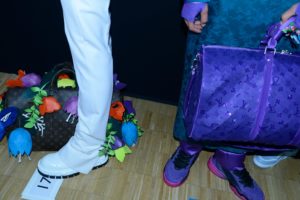